WE all want our homes to be tidy, clean, and comfortable.

But it often feels like a lot of work to tackle a deep clean in a single day. 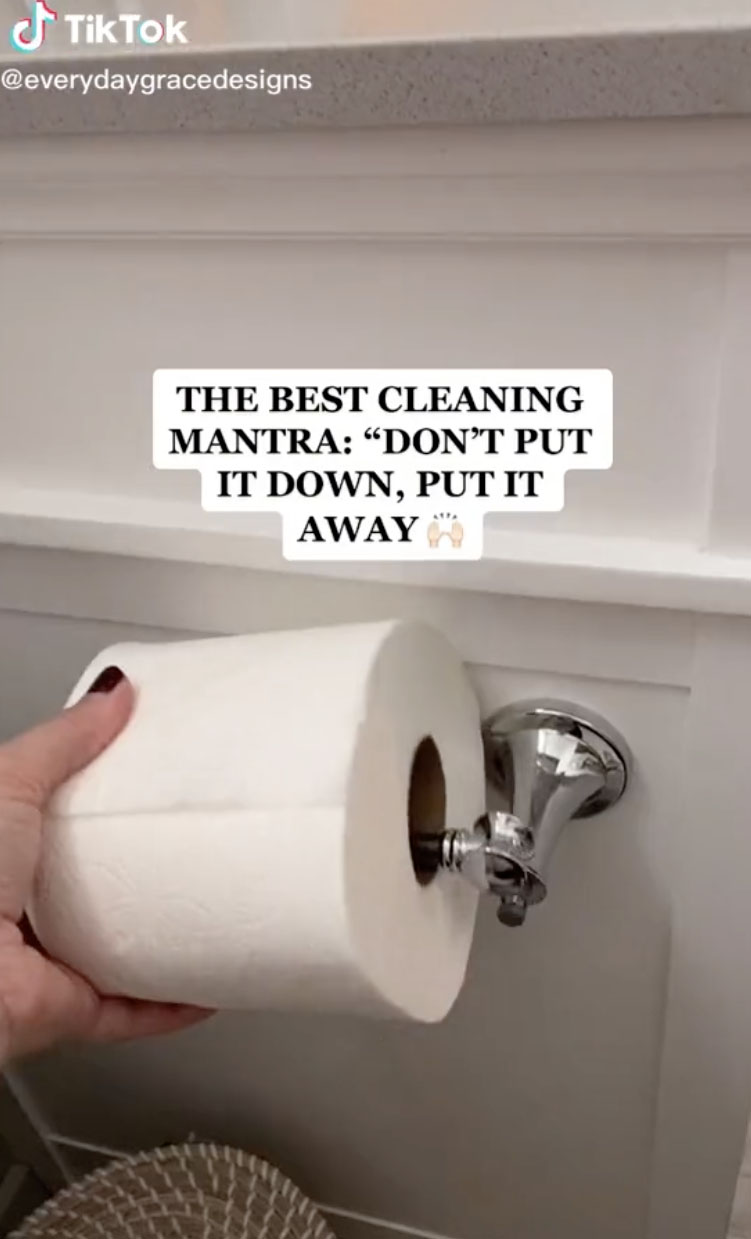 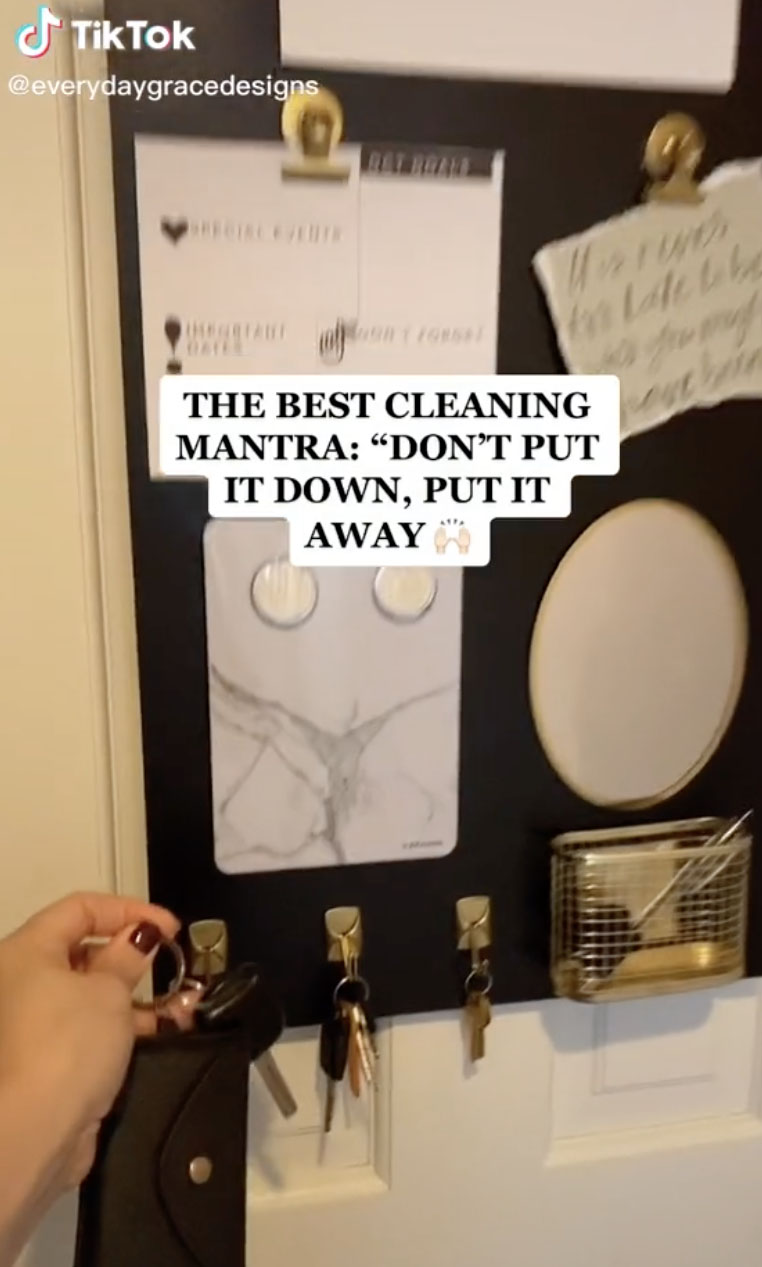 A woman named Lindsey, who goes by @everydaygracedesigns on TikTok, said keeping an organized home isn’t as hard as it seems. All you need to do is live by this one mantra:

In her clip, which received over 850K views, she practiced a little self-encouragement:

“Ok we got this,” she said, before repeating the mantra over and over again while completing everyday tasks.

First, she showed herself resting a toilet paper roll onto the bathroom counter next to the toilet. When she remembered her slogan, however, she grabbed the roll and instead secured it into the holder on the wall—where it belongs.

Next, rather than place her car keys on the kitchen table, she hung them on their proper rack.

After making the mistake of kicking her shoes off on the living room floor, she then grabbed them and lined them up on the shoe rack.

“Looking good,” she told herself.

And lastly, instead of instinctively throwing a dirty mug in the sink so that it waits days to be cleaned, just stack it in the dishwasher right away.

It’s daunting to face a huge mess; but practicing this motto every day will help homeowners keep their places tidy, little by little.

Viewers loved the tip, with some noting how well it has served them:

“Since I heard it, it’s literally my mantra and I have this voice in my head every time I’m going to put something down instead putting it away,” one commented.

“Excellent idea- do it now if it takes less than a minute," said a second. 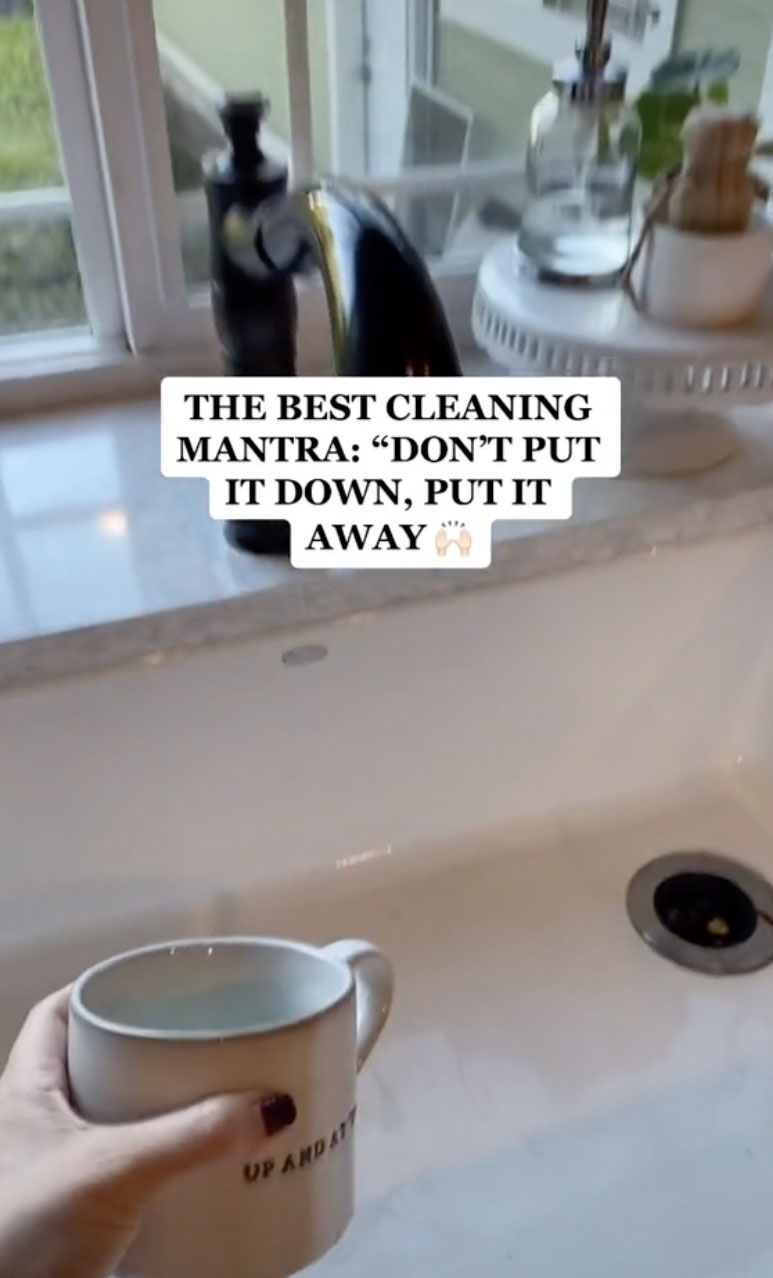 Pat McGrath Becomes First Makeup Artist to Receive Damehood: 'Never Give Up on Your Dreams'

Driving an electric vehicle is cheaper than you think – costing just from 1p per mile! – The Sun