MORE than 12million households could be owed over £200 from their energy supplier – and you can reclaim this cash now.

Credit builds up on energy accounts around this time of year because you're using less energy than over the colder winter months, but still being billed the same. 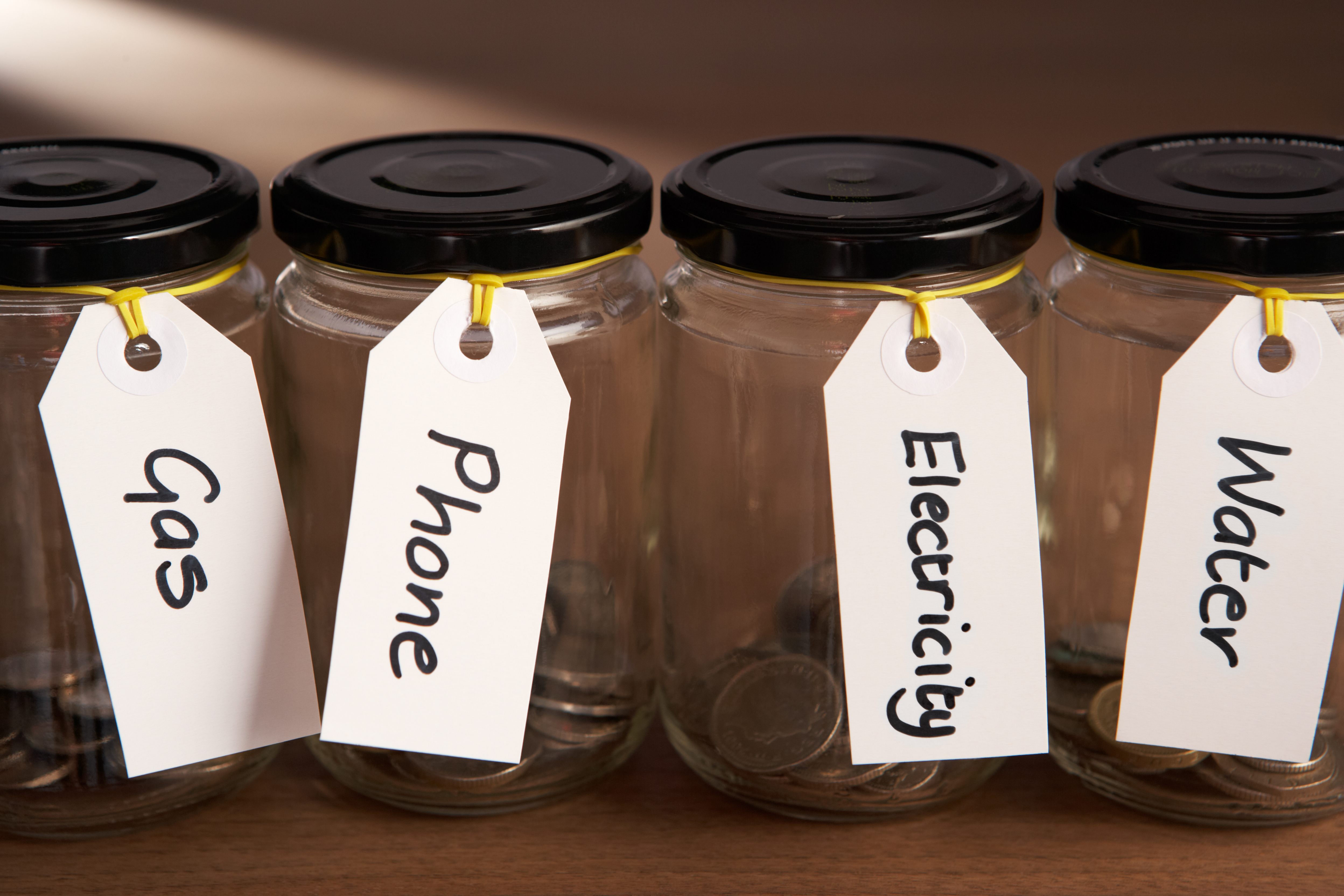 As this winter was particularly mild, it also means suppliers may have billed you more than they needed to based on previous years.

How much could I be due?

This could leave you with an average of £126 sitting in your energy account, according to uSwitch.

The price comparison website adds that some (9 per cent) may have even accrued more than a whopping £200. 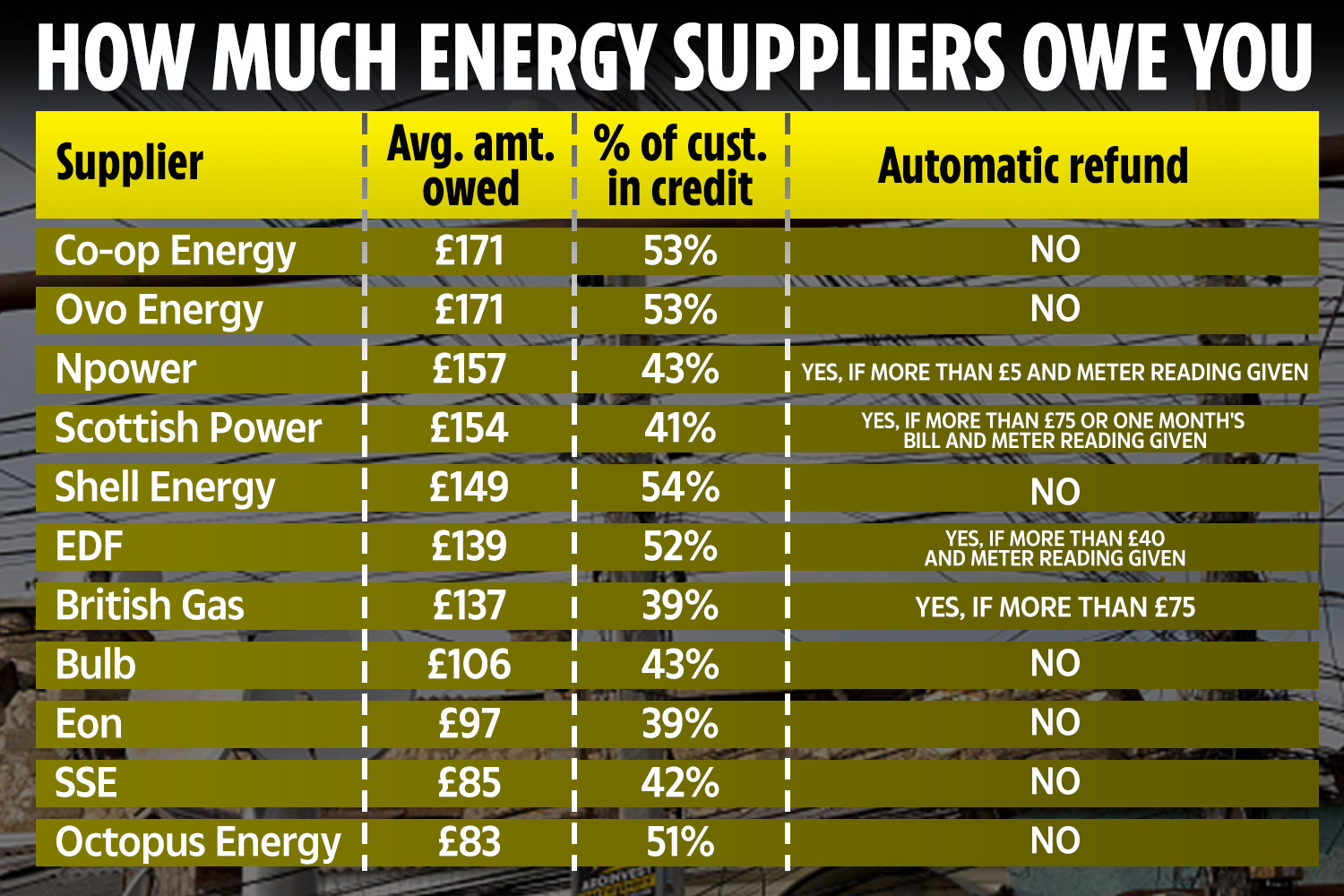 Co-op Energy and Ovo Energy customers have the highest amount sat in accounts at £171 on average, according to uSwitch's survey of 2,000 people.

Although the exact figures could be higher or lower as uSwitch only spoke to a small percentage of customers (at least 50 users per supplier, other than Co-op Energy where it spoke to 29).

How do I get my money back?

But despite more people being in credit this year, uSwitch says over half (55 per cent) of bill payers still have to chase their supplier for the balance owed to them.

And even then certain conditions have to be met, for example, British Gas will only automatically refund customers who have over £75 in their account.

While EDF, Npower and Scottish Power all say recent meter readings need to be given to get a refund.

If your supplier isn't one of the three that conducts an annual review and automatically credit your cash back, call your supplier or login to your online account and find out how much is in your account.

Then follow your supplier's rules to get your money back – some will let you do this over the phone while others will ask you to fill in an online form.

It's worth leaving enough cash to pay one month's bill in your account though as a buffer.

Some suppliers may also ask you to submit meter readings at the same time to ensure your bills are calculated more accurately going forward.

Hate your high energy bills? Sort them out with Switchcraft

SWITCHING energy suppliers could cut HUNDREDS of pounds off your bill. Here’s what you need to do.

Rik Smith, uSwitch.com energy expert, said: “Following a mild start to the year, many people find themselves in the enviable situation of being owed money by their energy supplier, instead of the other way around.

"For consumers, now is the time to spring clean their finances by reclaiming any credit owed, and checking to see if they could be on a better deal.

“And even if you owe your supplier money – which isn’t uncommon at this time of year – you can still check whether your supplier has a cheaper tariff you can switch to, meaning you can pay less for your energy and start to reduce the amount you’re in debt.”

What do the energy suppliers say?

The Sun has contacted all of the suppliers in question.

At the time of writing, British Gas and Shell Energy didn't want to provide a comment.

Bulb says customers with more than a month's worth of credit can get a refund within 14 days. A spokesperson said: “Every time our members log in to their online Bulb Account or App, we let them know their balance.

"Anyone with credit above one month's worth of energy can withdraw that credit when they choose and we refund any credit within 14 days."

A spokesperson said: “As with all suppliers, this year’s mild winter has led to many customers using less energy than their previous usage would have predicted.

"This has resulted in an unusually high level of customer credits. To avoid this, we encourage all customers to provide regular meter readings and are rolling out smart meters to ensure bills are as accurate as possible. We also regularly review all customers’ direct debits to ensure these reflect energy consumption."

EDF says it automatically refunds balances of over £40. A spokesperson said: “At EDF Energy, we aim for our customers' payments to match their energy usage across the year.

"Direct debit customers’ balances are automatically reviewed at least once, and often twice, a year to make sure this is the case.

"When we do this, if we find that a customer has overpaid for their energy we will reduce their monthly repayment to a more appropriate amount.

"In addition, we will automatically refund credit balances over £40 to the customer where the annual balance is based on an actual meter read.”

Ovo Energy points out that it pays users 3 per cent to 5 per cent interest on credit balances – depending on how long they stick with the supplier – which is more than you can earn in easy-access savings accounts.

Npower confirms it conducts an annual review and refunds credit of more than £5 but says it "doesn't recognise" the £157 figure uSwitch lists.

A spokesperson said: "The actual amount owed by us to our customers will vary during any given year as the seasons vary and is most commonly influenced by the weather.”

MoneySavingExpert.com founder Martin Lewis reveals how to claim back £100s from your energy provider.

And here's why renters end up paying more for energy due to previous tenants’ bills – and your rights.

Plus, here's how to compare and cut your gas and electricity bills by more than £300 a year.