Best friends fur ever! Heartwarming snaps capture VERY unlikely animal friendships – from a chihuahua cuddling a pigeon to a dog frolicking with an elephant

Animal lovers from around the world have been sharing the adorable snaps of the unlikely furry friends who will melt your heart.

From an ostrich napping with a baby elephant in Kenya to a raccoon and a Chihuahua hugging, Bored Panda have collated the cutest pictures of the pairings in an online gallery.

In one snap, taken by a pet owner in South Carolina, a duckling posed alongside a pooch.

Meanwhile in another, believed to be taken in the UK, a small cat cuddled up with  best friend: a dog with a conic collar. 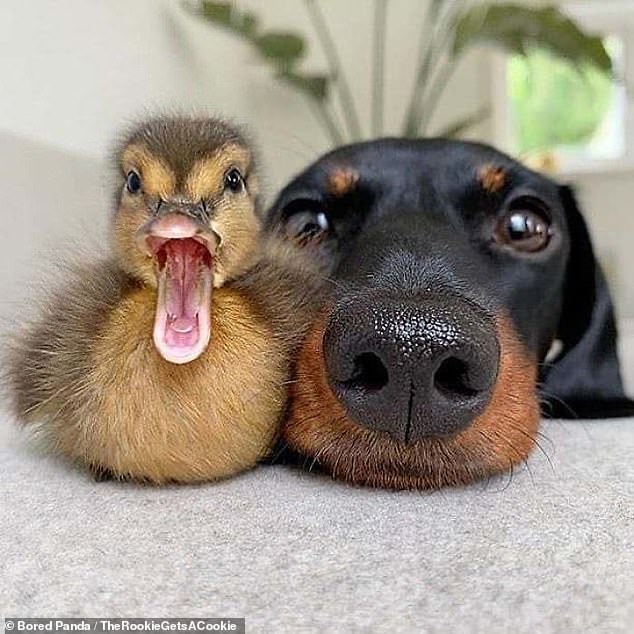 People from around the world have shared pictures of unlikely animal friendships on Bored Panda, with one pet owner, from South Carolina, sharing this heart-melting picture of his dog next to his duckling friend 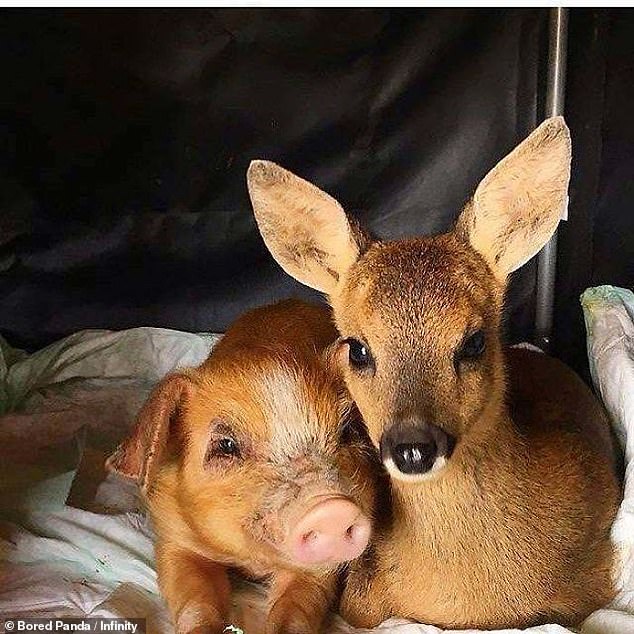 Another person, from Ohio, snapped this picture of a happy piglet snuggling up on a blanket with his fawn friend 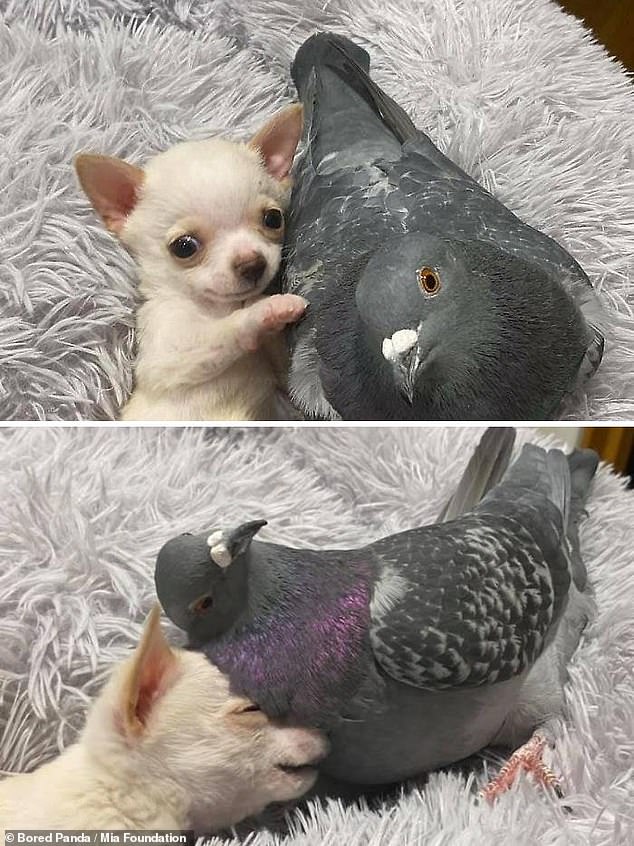 Cuddling up! One pet lover, from New York, managed to capture the moment their two-month-old chihuahua Lundy, made friends with one of its resident pigeons 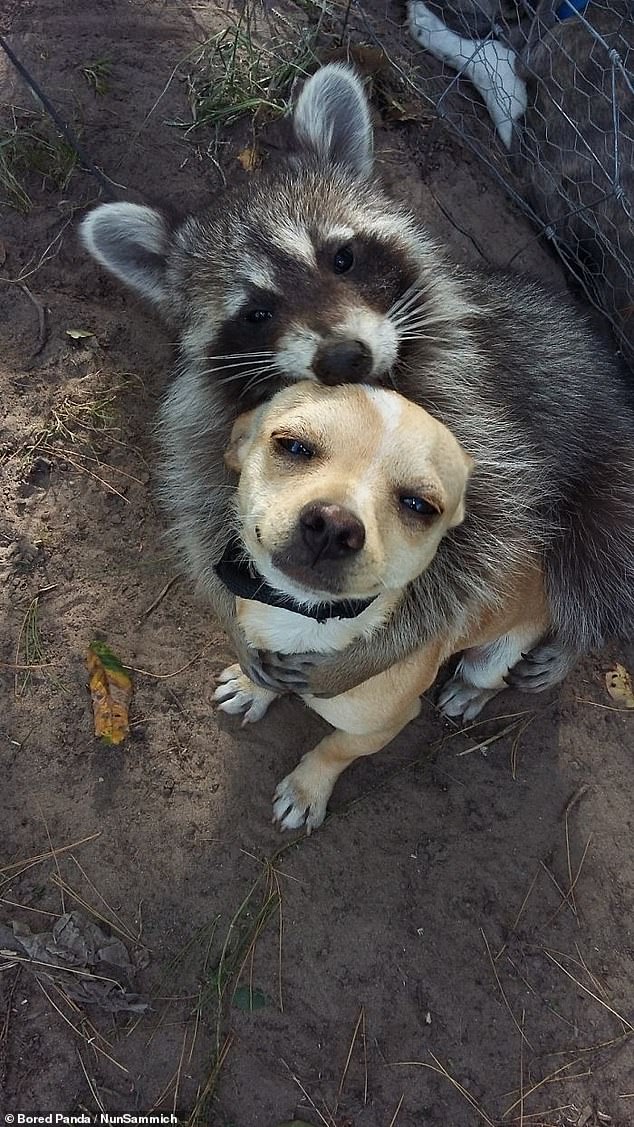 Piggy back! One raccoon and a chihuahua hugged warmly for an adorable picture capturing their unlikely friendship 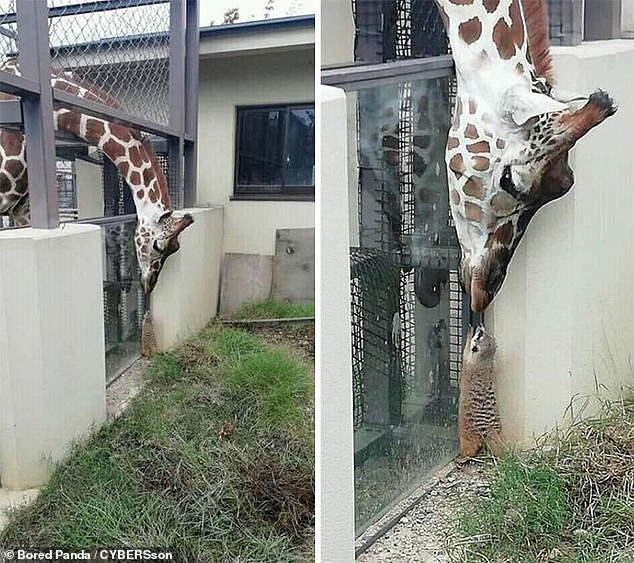 Kiss me quick! A giraffe, living in captivity in the UK, dipped her head put of her enclosure to give this raccoon a smooch 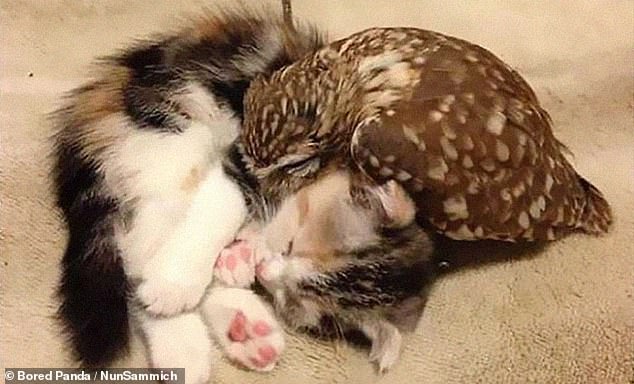 Nap time! In this adorable picture, shared by a person believed to be from India, a kitten curled up with an owl as they went to sleep 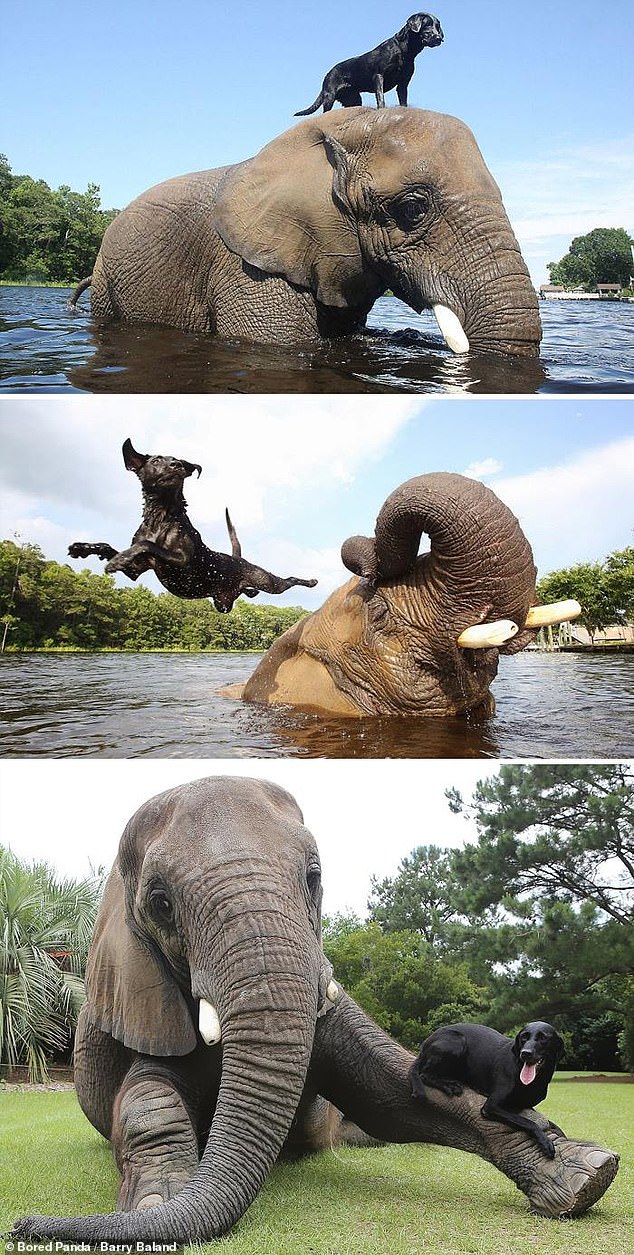 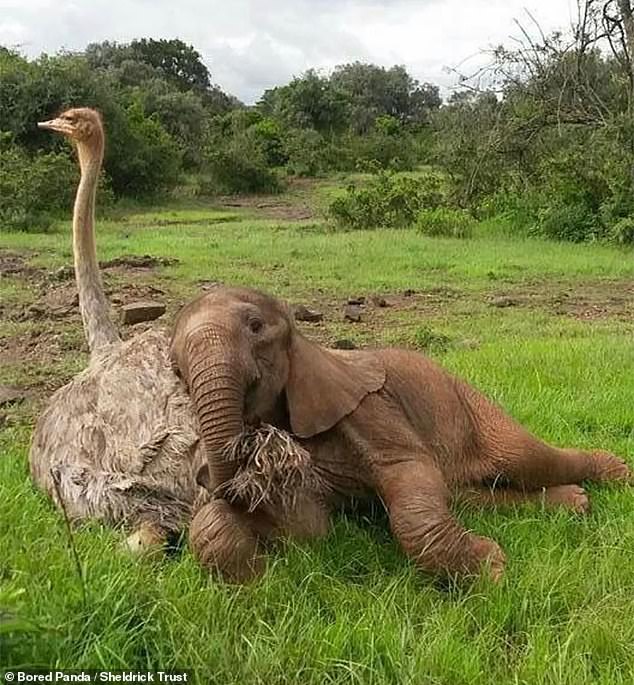 The Sheldrick Trust, based in Kenya, shared this adorable snap of an ostrich and an elephant relaxing together in a field 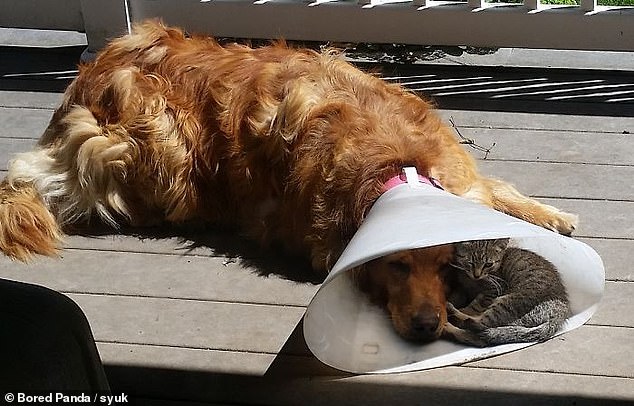 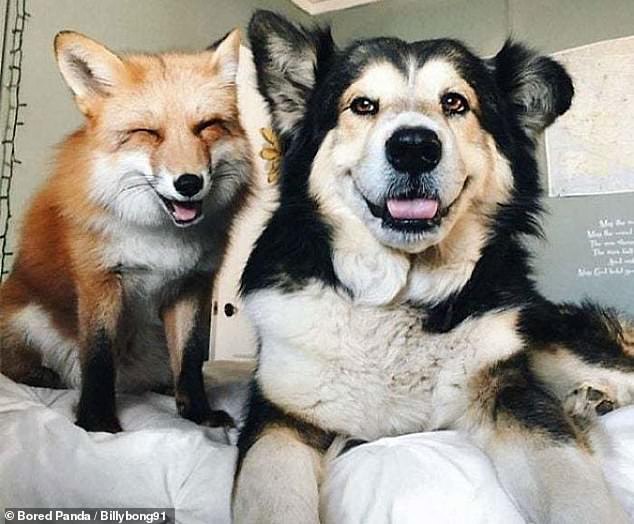 The fox and hound! One adorable pooch and his unlikely vixen friend appeared overjoyed as they were papped for this heart-melting photograph 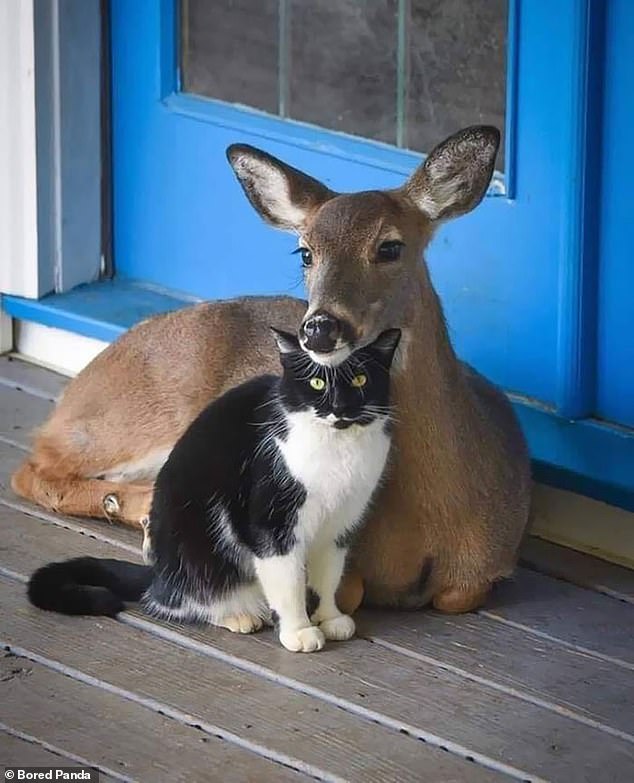 Finding a place to rest! One person managed to capture a dawn and a cat showing off their friendship 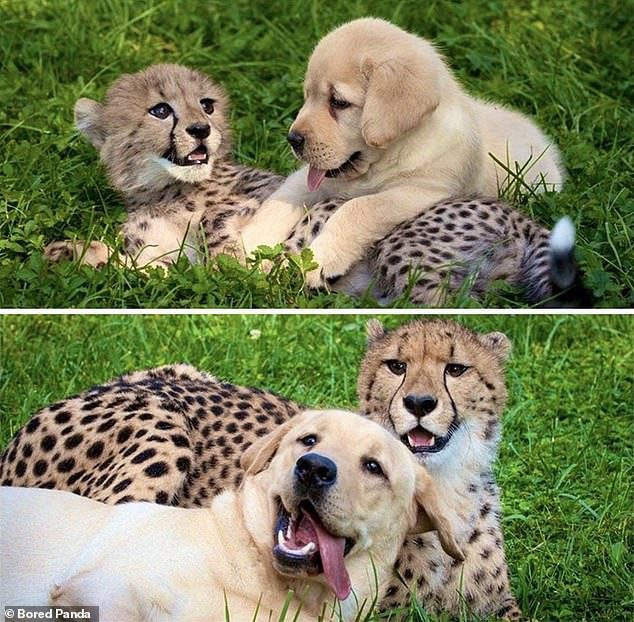 Should You Text An Ex To Tell Them You’re Dating Someone New? Experts Say It Depends