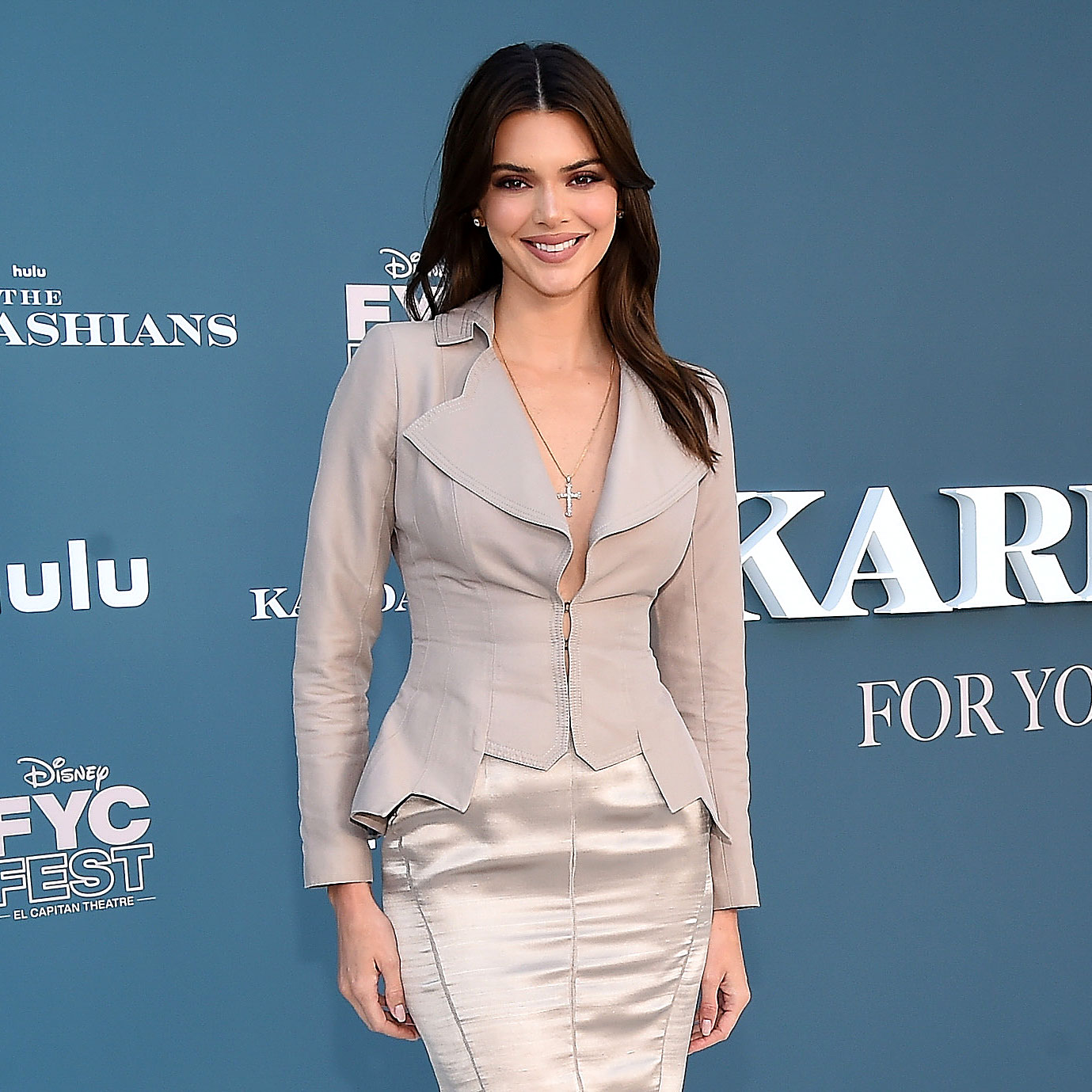 For Kendall Jenner, anywhere is a runway! The supermodel demonstrated how to pull off a two-in-one outfit, and we’re taking notes.

On Monday, July 25, the reality star, 26, shared a carousel of photos and a video via Instagram from what appears to be her vacation in Hawaii. In the first photo, Jenner posed on the beach, wearing a cowboy hat and a sheer, graphic print Jean Paul Gaultier dress. The look, which debuted in 2000, features psychedelic colors and an illustration of palm trees and mountains.

In the video — which to Us can be classified as a mini fashion show — the 818 Tequila founder shimmied out of the figure-hugging frock, revealing a matching swim set. Like the dress, the bikini features a tropical graphic. The set is complete with a ruffled hem and retro high waist. For the last photo of the slide, Jenner modeled the look while resting against a table on the sand.

“Humuhumunukunukuapua`a,” she captioned the post, which is the name of Hawaii’s reef triggerfish. The sea animal also matches Jenner’s ensemble as it has yellow and green scales.

Her getaway snaps come after she shared a different batch of vacation photos on July 14, including another sexy bikini clip.

In the social media post, Jenner wowed in a tiny red bikini that was adorned with pink and white flowers. The fashion guru modeled the look in the bathroom of her vacation rental. Jenner accessorized with a small chain necklace and a tan baseball cap.

Elsewhere in the slideshow, the Kardashians star shared a photo of a gorgeous, green mountain view, a snap of herself lounging on a yacht and a photo of a green Igloo cooler filled with 818 and Modelo beer. Jenner also included a video of herself splashing around at a black sand beach.

She seemed to hint at a reunion with Devin Booker after they were spotted attending the same wedding on July 16.

The pair were seen in videos on social media at the wedding of Michael D. Ratner, founder of OBB Media, and Lauren Rothberg, the head of Hailey Bieber‘s skincare brand, Rhode. The nuptials took place in Napa, California, and were also attended by NBA star Blake Griffin, manager Scooter Braun, The Hills alums Frankie Delgado and Jen Delgado and Hailey, 25.

One day after the wedding, Jenner shared photos from the special event, one of which showed her cozying up to a man.

Though their heads were cut off, fans immediately speculated that it could be Booker, 25. The basketball player is 6’5, and the person in Jenner’s photo is clearly towering over the 5’10 model. The man is wearing a simple black blazer and trousers with a white shirt, entirely buttoned at the neck. Social media snaps from various wedding guests show Booker in what appears to be the same outfit at the reception.

Us Weekly first confirmed the pair split on June 22 after two years together. The two noticeably didn’t mark their anniversary on social media, and insiders revealed they decided to take a break a couple of weeks earlier.

“[Kendall and Devin are] taking this time to focus on themselves and figure out if a future together is what’s meant to be,” a source exclusively told Us at the time.

'This Is Us' Season 6: Fans Hope Kevin and Sophie Don't End Up Together After Kate's Wedding

Beanie Feldstein Has Tonsillitis, Drops Out of Funny Girl Through the Weekend: When It Rains, It Pours

What Planets Are Retrograde December 2020? Here Are The Details