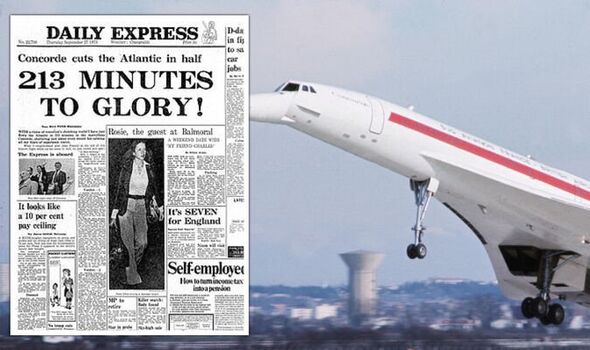 The supersonic jet flew from Washington DC to Paris’s Orly airport at an average speed of 954mph, crashing through the sound barrier 27 minutes after take-off and cutting the flight time by half. Scheduled flights from Paris and London to New York’s JFK Airport began in 1977.

It featured a scene in which the cast appeared naked and garnered mixed reviews, with one critic saying it flouted taboos and was “too defiant”. Original cast members included Paul Nicholas, Elaine Paige and Floella Benjamin.

The Afghan capital Kabul fell to the Taliban who established the Islamic Emirate of Afghanistan.

Political opponents were hunted down and killed, and public executions and amputations were introduced as punishments, while women were barred from public life.

JoJo Siwa on Being Seen as a 'Gay Icon,' Why She Chose a Female DWTS Partner