On May 30, thousands of people descended on Pan Pacific Park in Los Angeles, California. Under the hot sun, the protestors stood still, straining to hear the speakers on stage read off name after name. Towards the end of the recitation came the ones that have dominated recent headlines: Breonna Taylor. Ahmaud Arbery. George Floyd. Three more unarmed Black people whose senseless deaths have spurred people to action.

Despite the threat of the coronavirus, which has disproportionately affected people of color, and the real threat of violence, as protests nationwide over the weekend were met with police force, those in Los Angeles came to listen, to march, and to make their voices heard. We asked eight people in the crowd in Los Angeles to share their reasons for showing up in the middle of this painful national crisis.

"It’s the essence of our humanity." 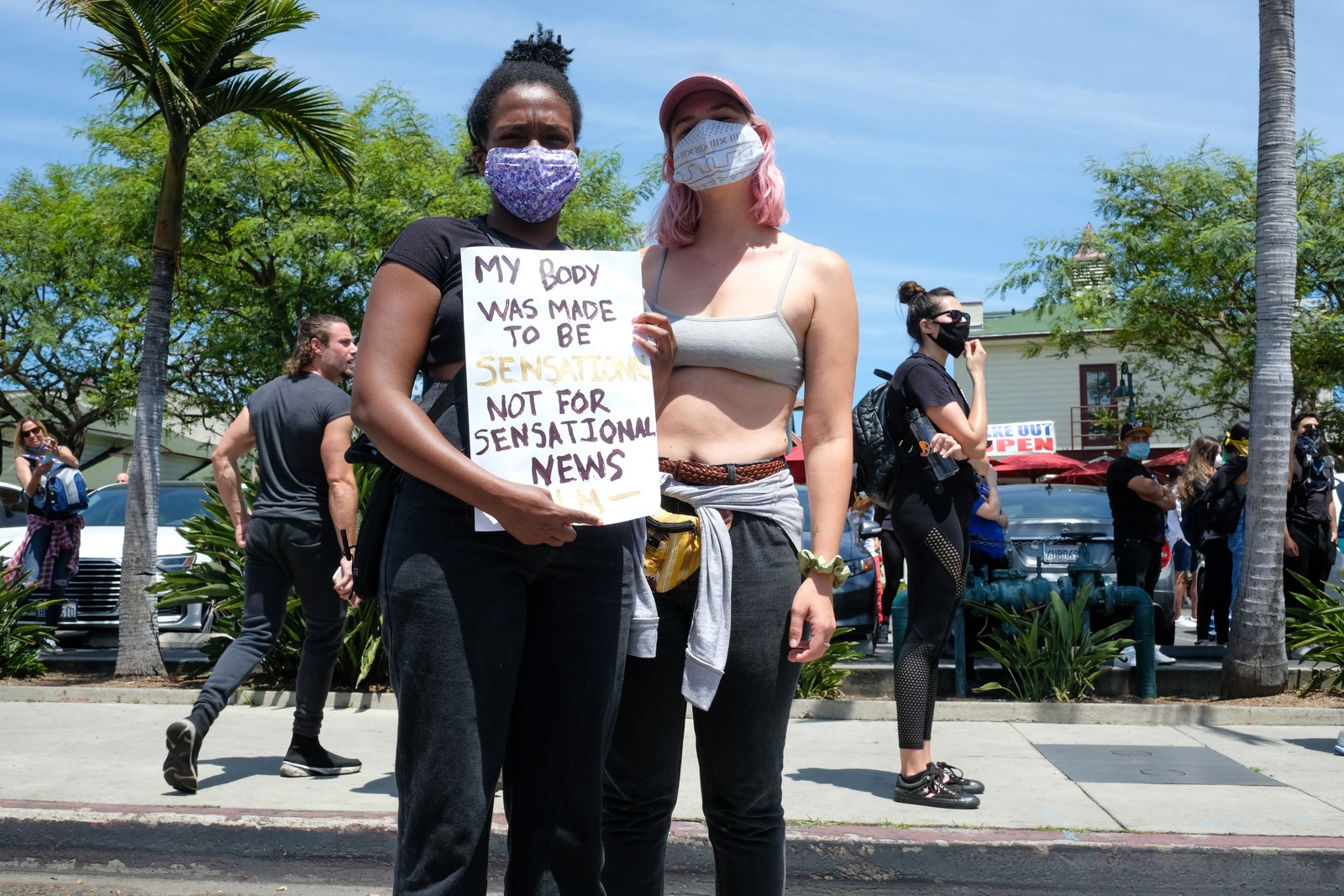 I was really conflicted because I have preexisting health conditions, but overall, right now it’s the essence of our humanity. It’s much larger than anything we can put at stake right now. And really, it’s a testament and it should be a statement that we need to come together as a people or shit is going to continue to be like this. Shit is not going to change. — Morgan Rameny 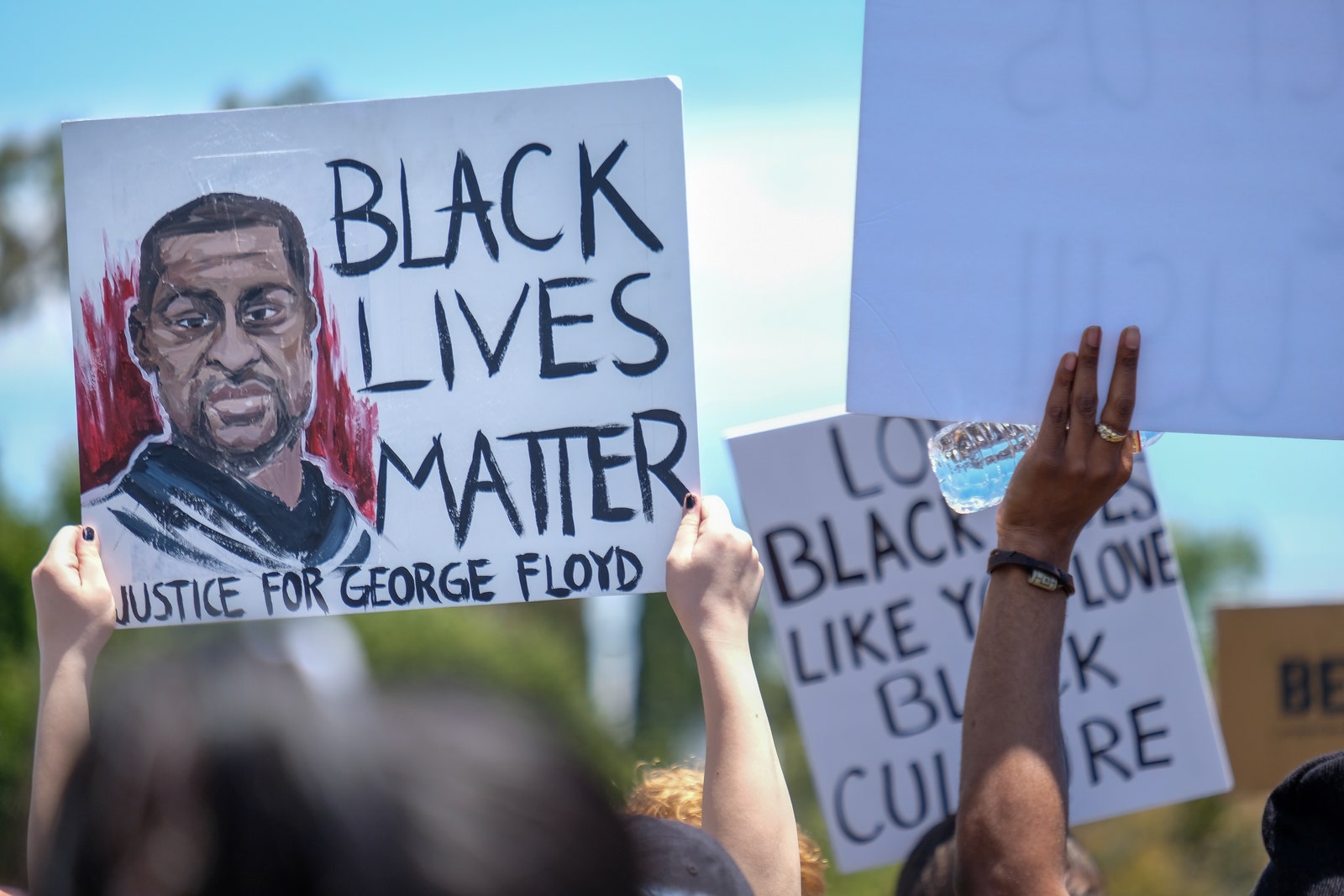 I am an L.A. resident but Minnesota is my home and watching it on fire is heartbreaking. This is about humanity. This fight is for everybody. Not just for one person, or one type of person. It is in everybody’s best interest to fight this together. I had to be here. — Melanie Hoglund

"We're here to fight for our rights" 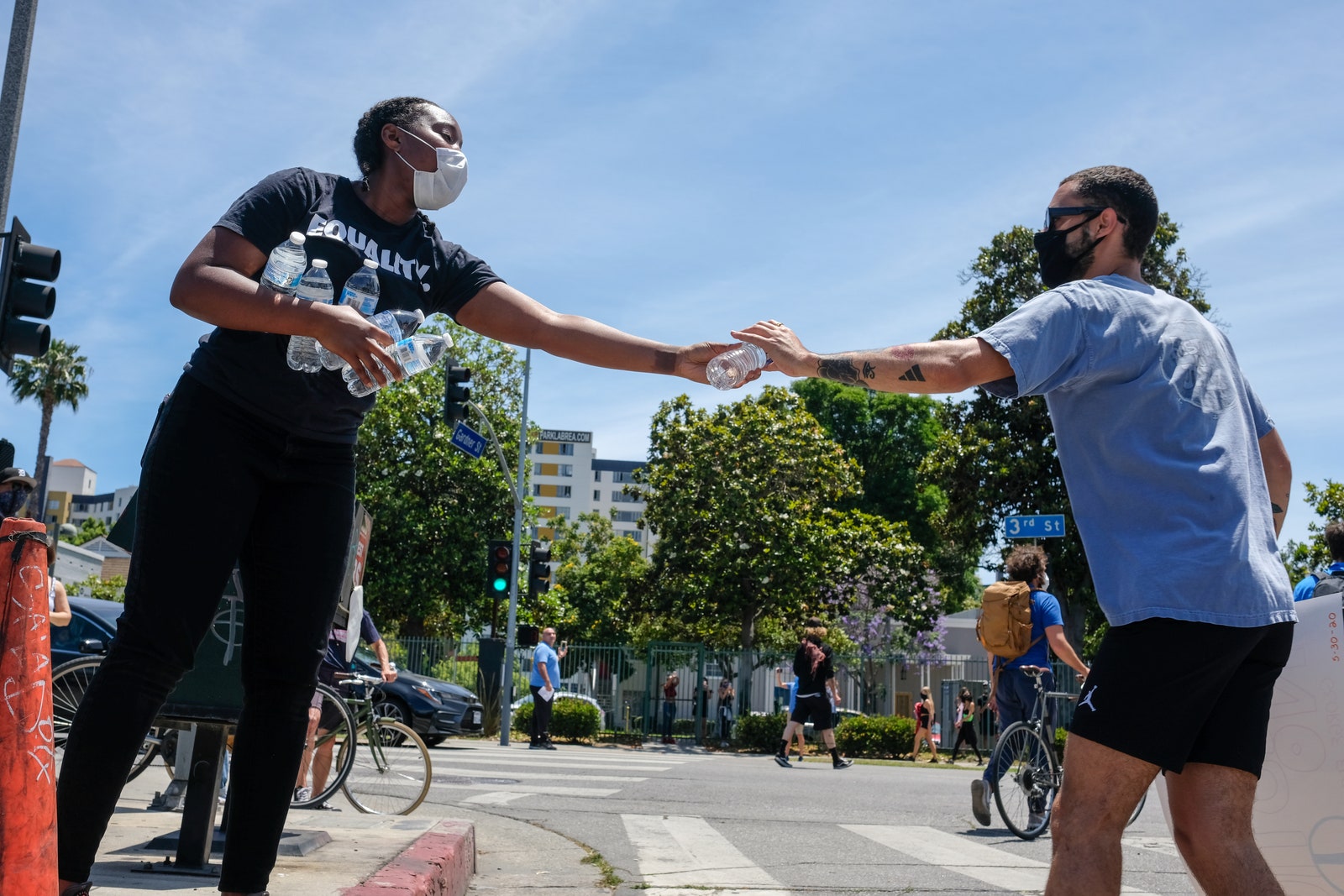 I felt like today was a very important day for all people to come out and show support. So I asked people [who] couldn’t make it out here today if they could send a donation. That way they could help out with the protest by offering supplies. 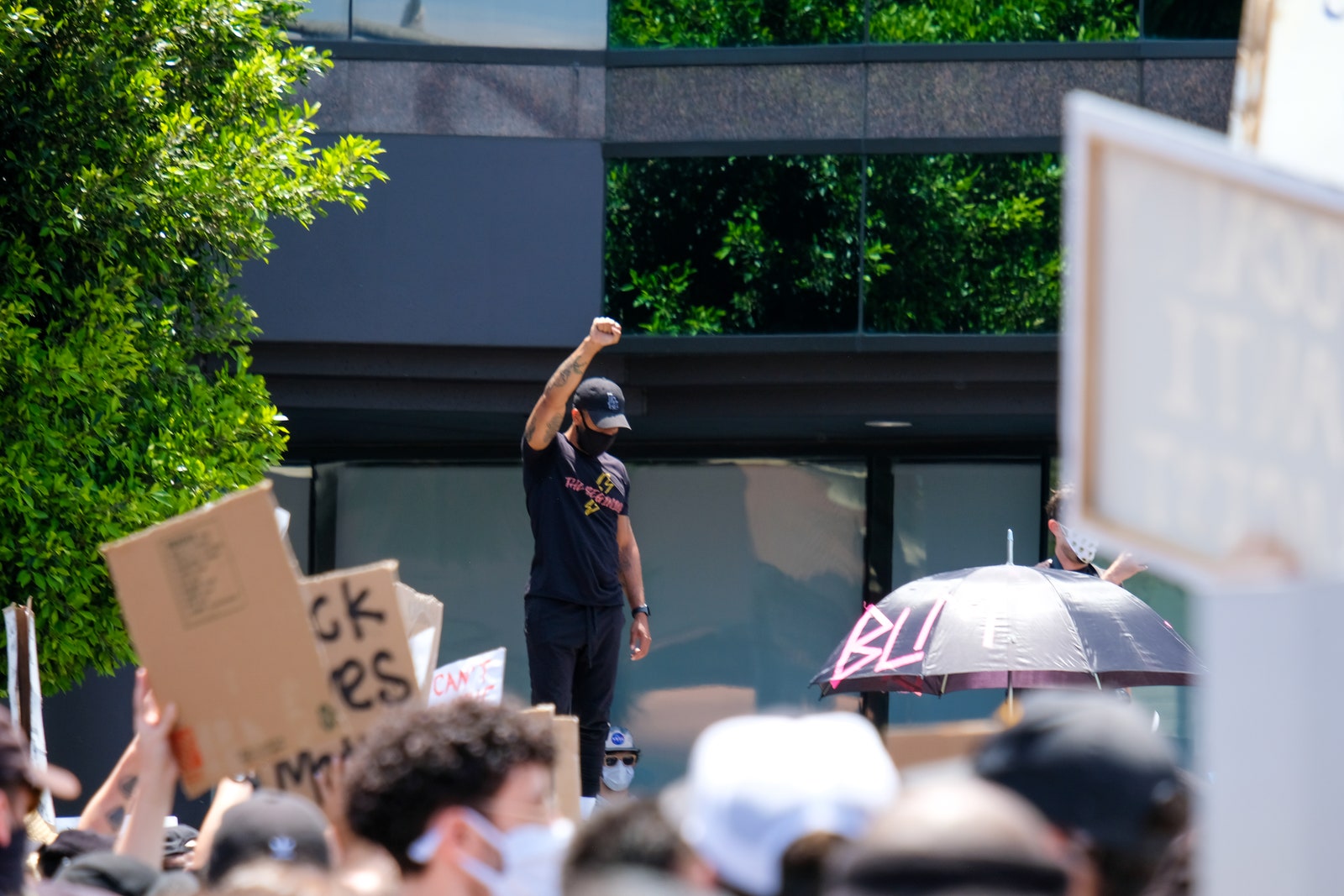 Protestors stand at the intersection of 3rd Street and Fairfax on March 30. Photo by Stacey Leasca

I felt like I didn’t want to answer at first because I didn’t feel like this was my space to speak. But given that I’m white and a man, this is a platform to speak on. Working in the entertainment industry I’m profiting off of Black lives all the time from the culture and the influence they have on me. As a film producer and a musical theater director, these are the people that impact the business 100 percent. If we’re not standing up for them, we’re not doing our job.

It’s [about] finding an opportunity to speak and then learning when to shut up when it’s not your time to speak. I think it’s important for everyone, even if it makes them uncomfortable, to speak up for those who aren’t being listened to. — Danny Farber

"This fight has gone on for so long, and it's time for it to end" 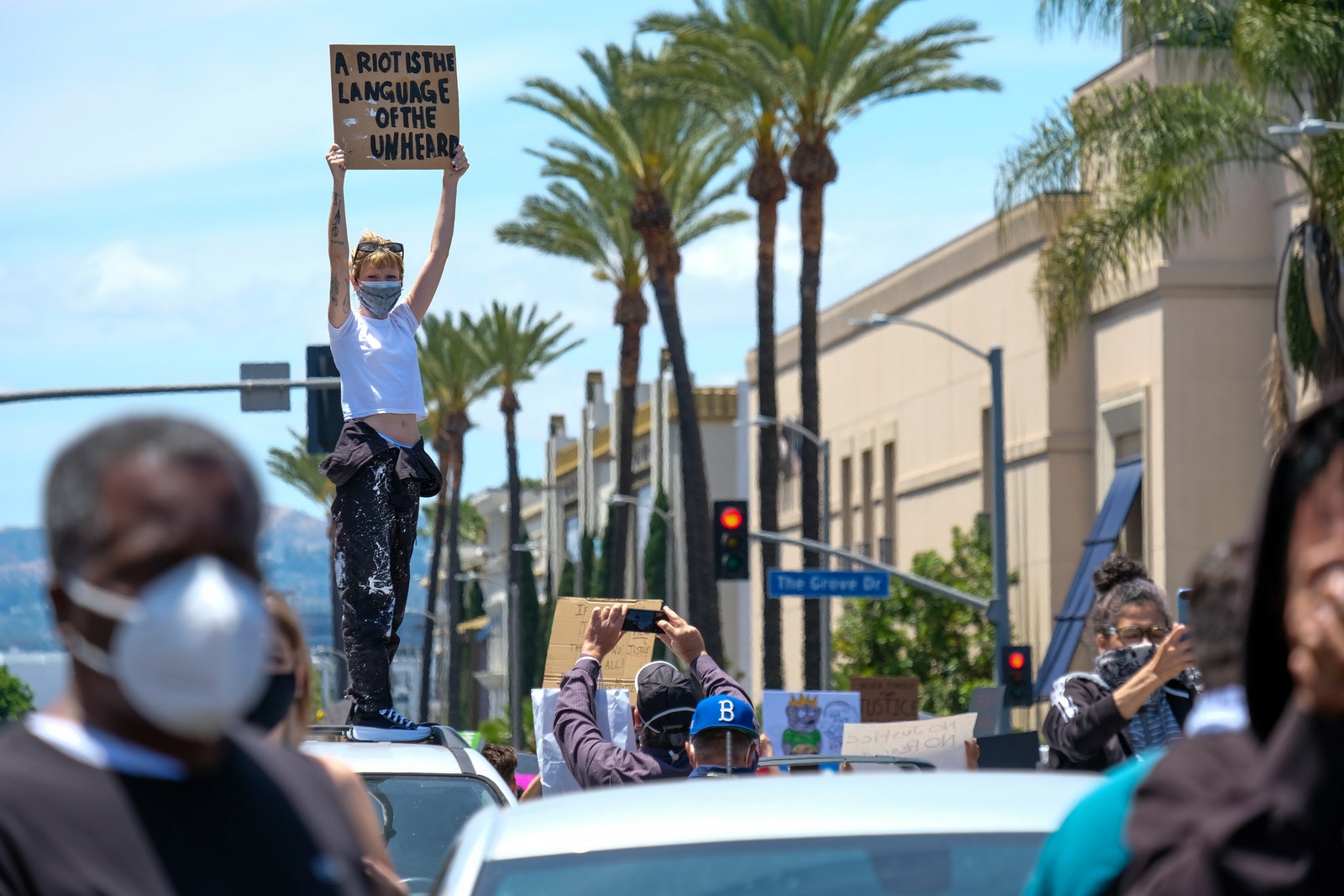 A protestors stands on a car in stopped traffic in Los Angeles on March 30. Photo by Stacey Leasca

[I directed] a short film about Vivian Strong, who was killed in 1969 because of police discrimination. They shot her in the back of the head and we just feel like this fight has gone on for so long, and it’s time for it to end. So if our generation can put the final stamp in it to end then that’s what we’re going to do. — Daleelah Sada, director, Dear Vivian 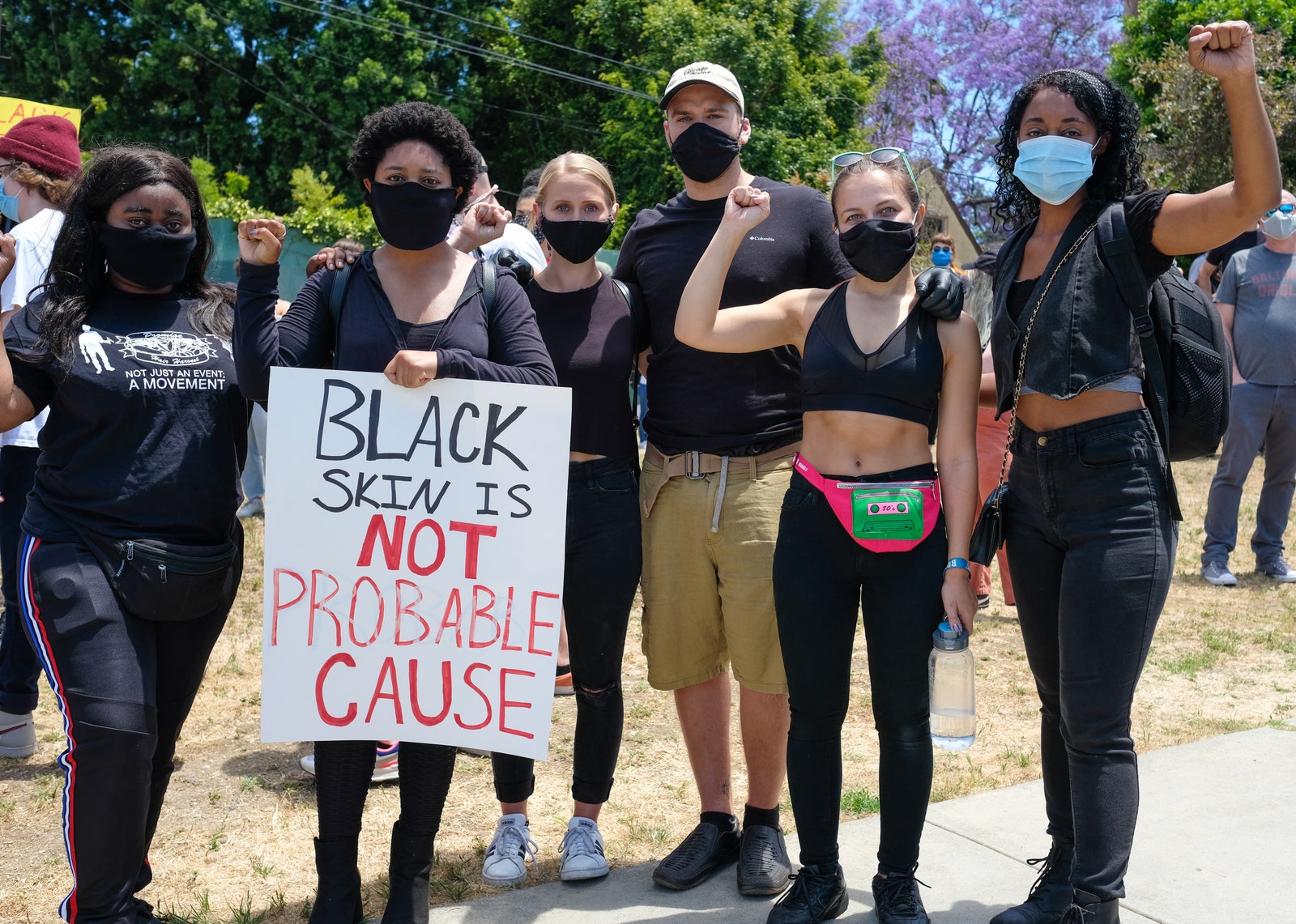 Washington (second from left) stands with her friends at the Pan Pacific Park protest in Los Angeles. Photo by Stacey Leasca

The fact that police brutality and the police force, in general, has been fully flourishing based on the tax dollars we pay, yet they are continuously killing us and completely living their lives and making a salary and a living off of us is completely unacceptable. This isn’t new. It’s been happening for generations and generations since the police force started. Except now we can finally film it. And that is the biggest issue. My own father is a police officer. I completely understand they are not all bad. But the majority are. And that is why we have to put a stop to this.

Every single human on earth needs to be held accountable for each other. Because we are all in this together. There is no Black and there is no white. Everyone needs to be holding everyone accountable. No police officer should be allowed to let white people go completely free yet Black people are killed in broad daylight every single day. That is why we are here. That is why we are standing and that is why we, my friends who are white, my friends who are Black, that is why we are all coming together because no one should be living in fear of someone we are paying to protect us. — Anjelika Washington, actor, Dear Vivian

"My kids, my grandkids, my siblings, are going to walk these streets free" 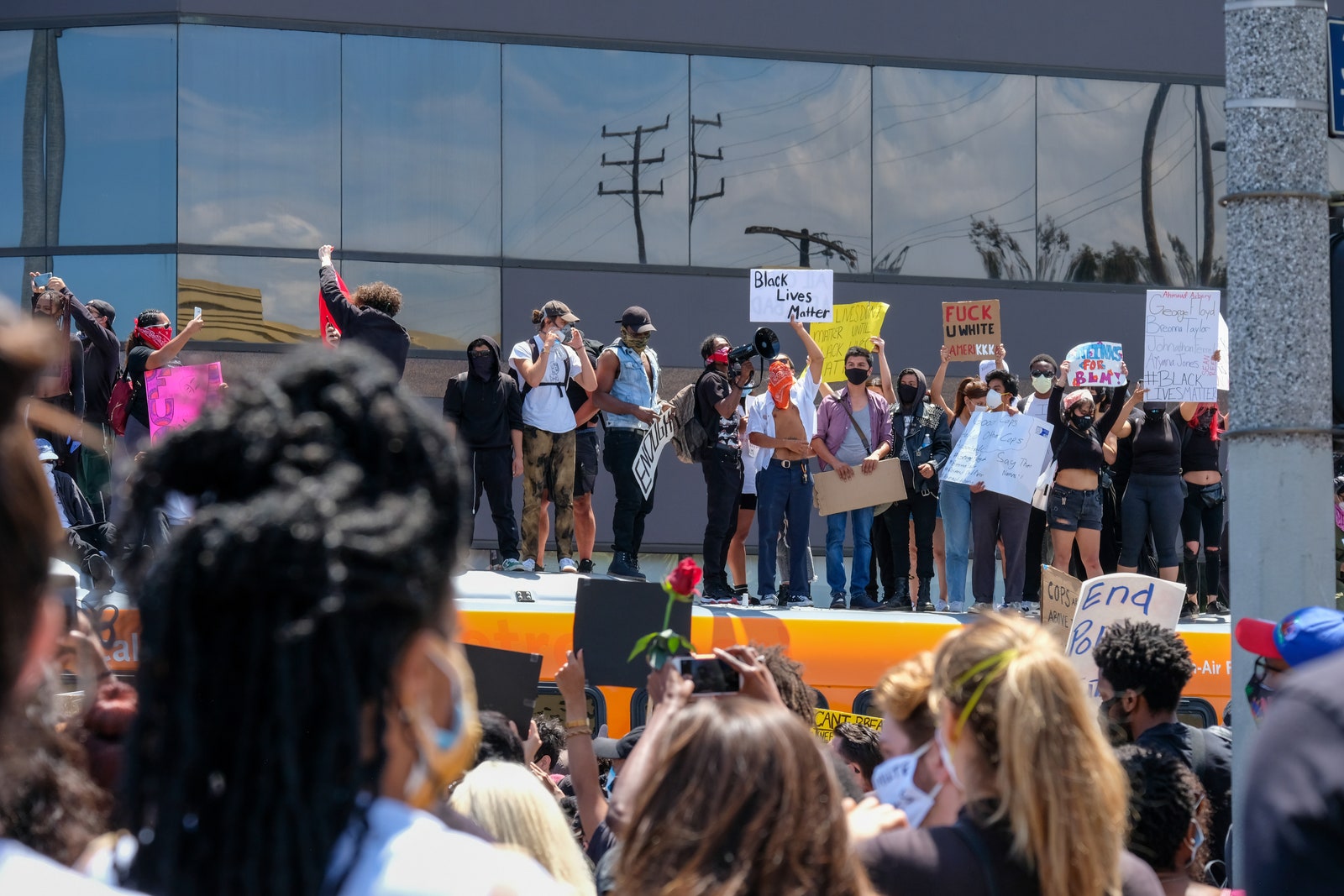 Protestors stand on a bus at 3rd Street and Fairfax in Los Angeles on March 30. Photo by Stacey Leasca

The fact that we are doing what my grandmother was doing when she was alive, and she was fighting for literally the exact same thing. What our ancestors have been doing for years. And if I have to bow behind my color then that’s just what’s going to have to happen because my kids, my grandkids, my siblings, are going to walk these streets free. That’s it. Point blank. Period. — Gionna Kamille 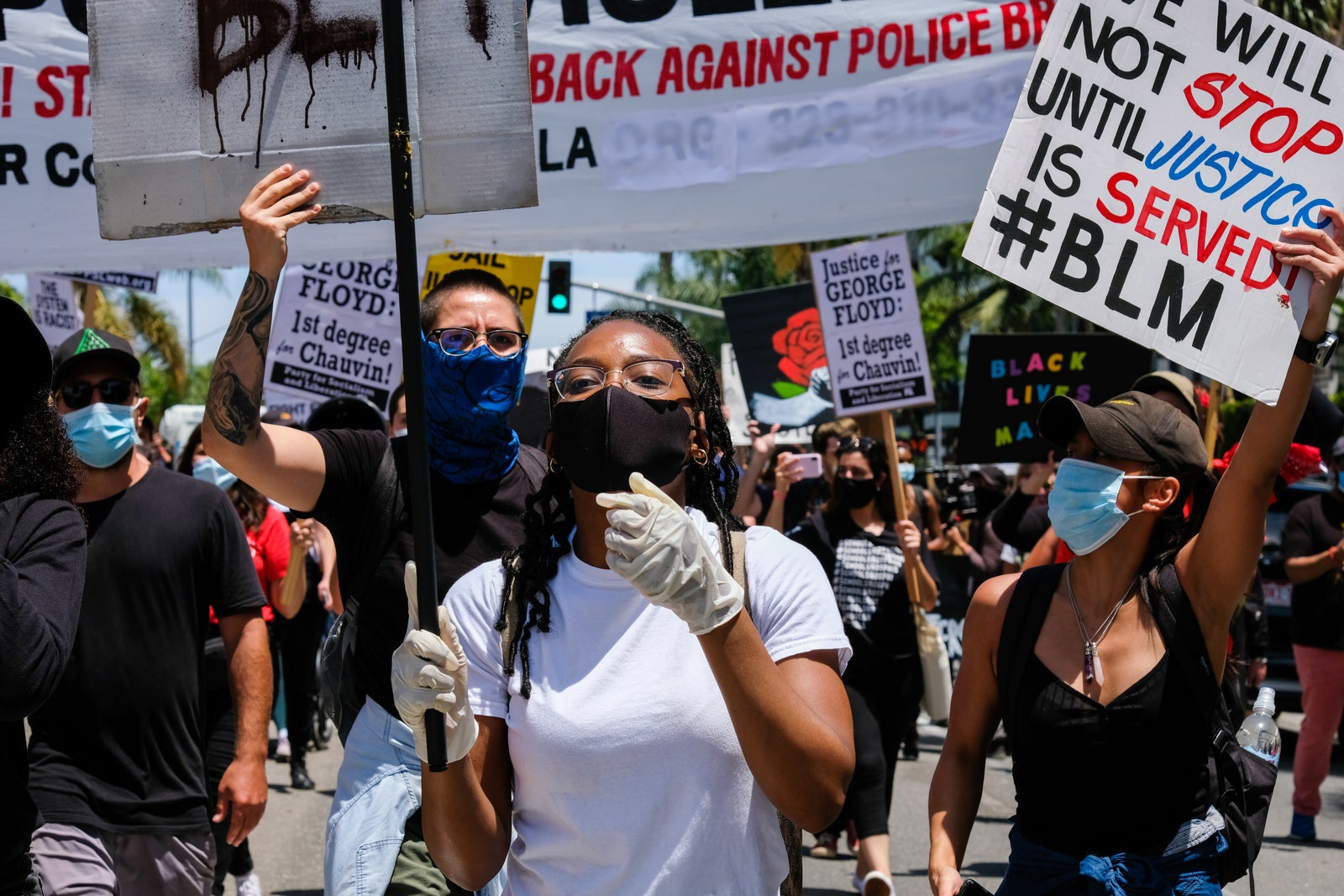 Protestors march through the streets of Los Angeles on March 30. Photo by Stacey Leasca

This isn’t the first one, unfortunately, that I’ve had to come to. It’s my baby girl’s first. We came from St. Louis. We were in Ferguson. So, it’s tough to keep seeing the same things happen and it’s important, it’s significant, it’s vital, that these officers be held to account. Furthermore, that society be held to account as well. If we keep funding people to do the same things then we can only expect the same result. So I’m here to show my family what it looks like I’m here in solidarity. I can’t be in Minneapolis. I can’t be in Louisville right now and I can’t be in Georgia, so we’re here. That’s what we’re doing. — Anonymous