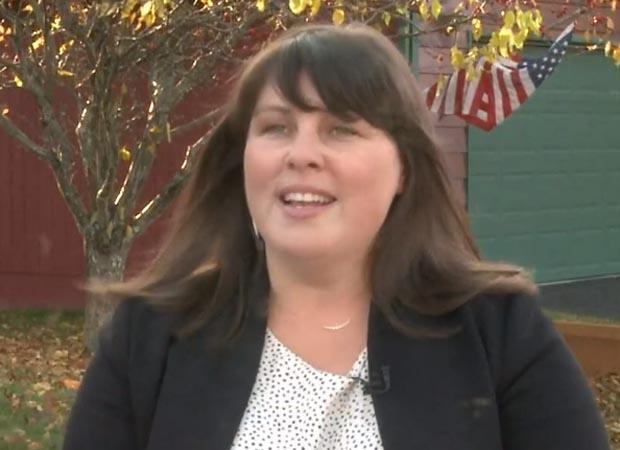 “I received a text from my sister, who watched the meeting last night with a young girl, she’s about six, and she sent me a picture with the young girl looking at the screen saying ‘she looks like me,’ and I think that matters,” she told KTVA. “It matters for all kinds of folks.”

But she said the coronavirus pandemic and the damage it’s doing to public health and the economy is her top focus.

“To me, this is less about whether I’m a woman or whether I have a wife or a husband and more about solving the problems in Anchorage,” she said.

The city’s charter states that the chair of its Assembly will serve as acting mayor during a vacancy. The Assembly voted Friday to appoint Quinn-Davidson as the new chair, replacing Felix Rivera.

Berkowitz resigned after admitting to having an inappropriate relationship with a female reporter three days after she made online allegations against the married official.

Municipal attorney Kate Vogel said at the meeting Friday that the city’s charter is ambiguous as to how a permanent mayor should be selected. She said the Assembly has a few legally defensible choices on how to proceed. One would be to hold a special election in January, 90 days after Berkowitz’s resignation takes effect. The second option would be to skip a special election and have Quinn-Davidson serve as acting mayor until the regular election scheduled for April.

If Rivera had been chosen acting mayor, he would have been the city’s first openly gay mayor. Rivera would also have been the first Latino mayor and at age 31, the youngest. The next youngest would be James Delaney Sr., who was either 32 or 33 when he was elected in 1929.

Influencers turn the COVID-10 outbreak into a BEAUTY challenge

JUSTIN WEBB: How can America be a shining beacon to the world