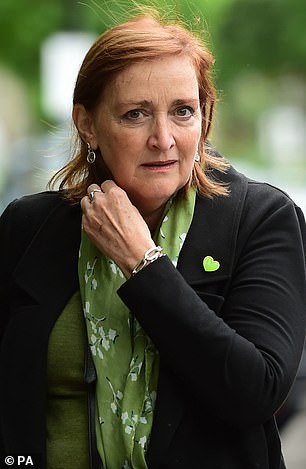 Emma Dent Coad, 64, was a Labour victor in the Conservative stronghold of Kensington

One of the biggest surprises at the last General Election was the victory of Labour’s Emma Dent Coad in the Conservative stronghold of Kensington.

Dent Coad, an arch Republican in a constituency which boasts more royal residents than any other, was a long-standing local councillor — and insisted on remaining a councillor for the Royal Borough of Kensington and Chelsea in addition to her parliamentary duties, which she is lawfully entitled to do.

Once elected, Dent Coad, 64, promised to stop drawing councillor’s expenses. ‘I stopped taking my allowance immediately I became an MP,’ she declared in March 2018. She may have stopped for a while. But I can reveal that Dent Coad, who is paid a generous £78,000 as an MP, has recently been claiming council expenses to the tune of around £900 a month.

At the time of Princess Eugenie’s wedding last autumn, the Kensington MP branded the Royal Family ‘millionaires demanding that we pay for their pleasure while people go hungry’.

It seems Dent Coad expects Royal privileges of her own.

‘I was young and foolish. It was a mistake. I regret it. I didn’t know I was going into public life. I didn’t even enjoy Lemsip very much,’ he tweeted.

Former Tory MP Gyles Brandreth added: ‘Since you ask, I had a bit of a Ribena high in the late 1960s. And I’ve long been hooked on Marmite, of course.’

When the redoubtable Ann Widdecombe’s blouse popped a button shortly before a recent Brexit Party rally in the run-up to the Peterborough by-election, fellow MEP Annunziata Rees-Mogg dived into the nearest Poundland to buy a needle and thread to fix it. 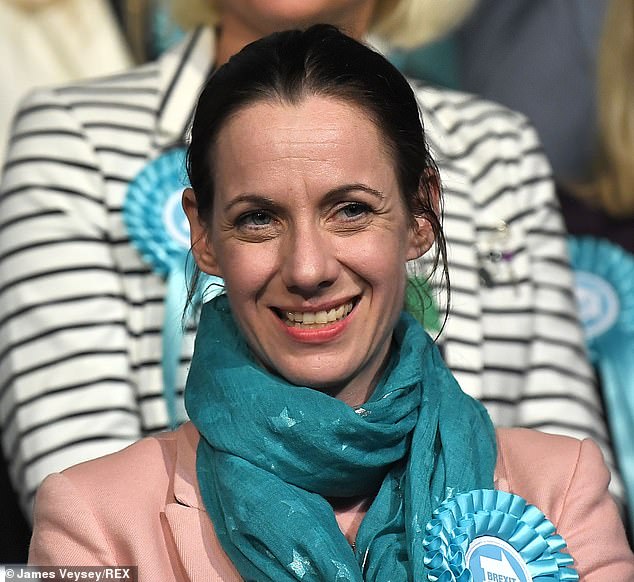 Brexit Party members were surprised to hear that Annunziata Rees-Mogg, the sister of Jacob, had heard of Poundland

Brexit Party members were surprised that Rees-Mogg, the sister of Jacob, who is married to a wealthy management consultant, had even heard of Poundland.

She surprised them even more by revealing it’s where she does her Christmas shopping.

This is the same McLoughlin who helped run Theresa May’s disastrous 2017 General Election campaign when the Tories lost their hard-won parliamentary majority.

Unnoticed last week was another defection from Labour. Andrew MacKinlay, who was MP for Thurrock for 18 years until he retired in 2010, has abandoned the party after 52 years for the Lib Dems.

He was a hard-working constituency MP, and Labour hasn’t held his former Essex patch since he stood down.

The exodus from Labour of decent working-class members like MacKinlay, a former trade union official, confirms that the party now prefers to indulge the whims of the middle-class Islington set. 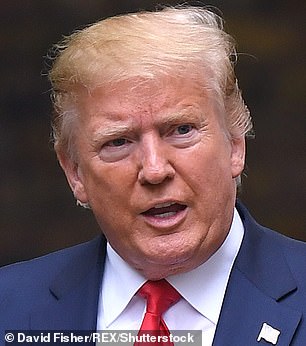 President Trump has already had a tour of Parliament

President Trump may have been denied the opportunity to address Parliament by the childish antics of the Speaker John Bercow. But fortunately for Trump, he’s already had a guided tour.

In 1991, Vogue asked the then Tory MP Sir Neil Thorne if he could organise a photoshoot on the roof of the Commons for American model Marla Maples.

She brought along her then boyfriend, property developer Donald Trump. Thorne says: ‘I recall him standing there quietly scoffing chocolates, for which Marla, who would become his second wife, told him off.’

Tyler Perry Says He Wasn't Comforting Will Smith After The Slap, He Was 'De-Escalating'

‘You Won’t Be Alone’ Review: A Shape-Shifting Witch Learns What It Means to Be Human in Creative Art-Horror Offering