Home » Lifestyle » Are Malia & Sasha Obama At The 2021 Inauguration? The Answer Isn’t Surprising

Inauguration Day ceremonies not only mark the peaceful transition of power in the United States — a hallmark of American democracy — but they also officially introduce the world to the leaders (and their family members) chosen to guide the nation for the next four years. In addition to President-elect Joe Biden, all eyes are on future first lady Jill Biden and their children. (She and Biden share a daughter, Ashley, and Biden and his late wife, Nelia Hunter, shared three children: the late Beau, Hunter, and Naomi). While President Barack Obama and former first lady Michelle Obama were on hand to celebrate Biden, you might have wondered: Are Malia and Sasha Obama at the 2021 inauguration?

The answer is no. Understandably, Malia, 22, and Sasha, 19, are students at Harvard University and the University of Michigan, respectively, which means their busy schedules likely prevented them from attending. Their absence also may have been expected considering both Obama daughters also didn’t show up to President Trump’s inauguration in 2017.

Throughout President Obama’s eight years in office, the world watched Malia and Sasha grow from camera-shy girls to intelligent young women unafraid to poke fun at their dad’s goofy jokes (remember their hilarious reaction to Obama’s annual turkey pardon?). They were by their mother and father’s side at both of Obama’s inaugurations and while they maintain a low-profile, they remain invested in American politics. 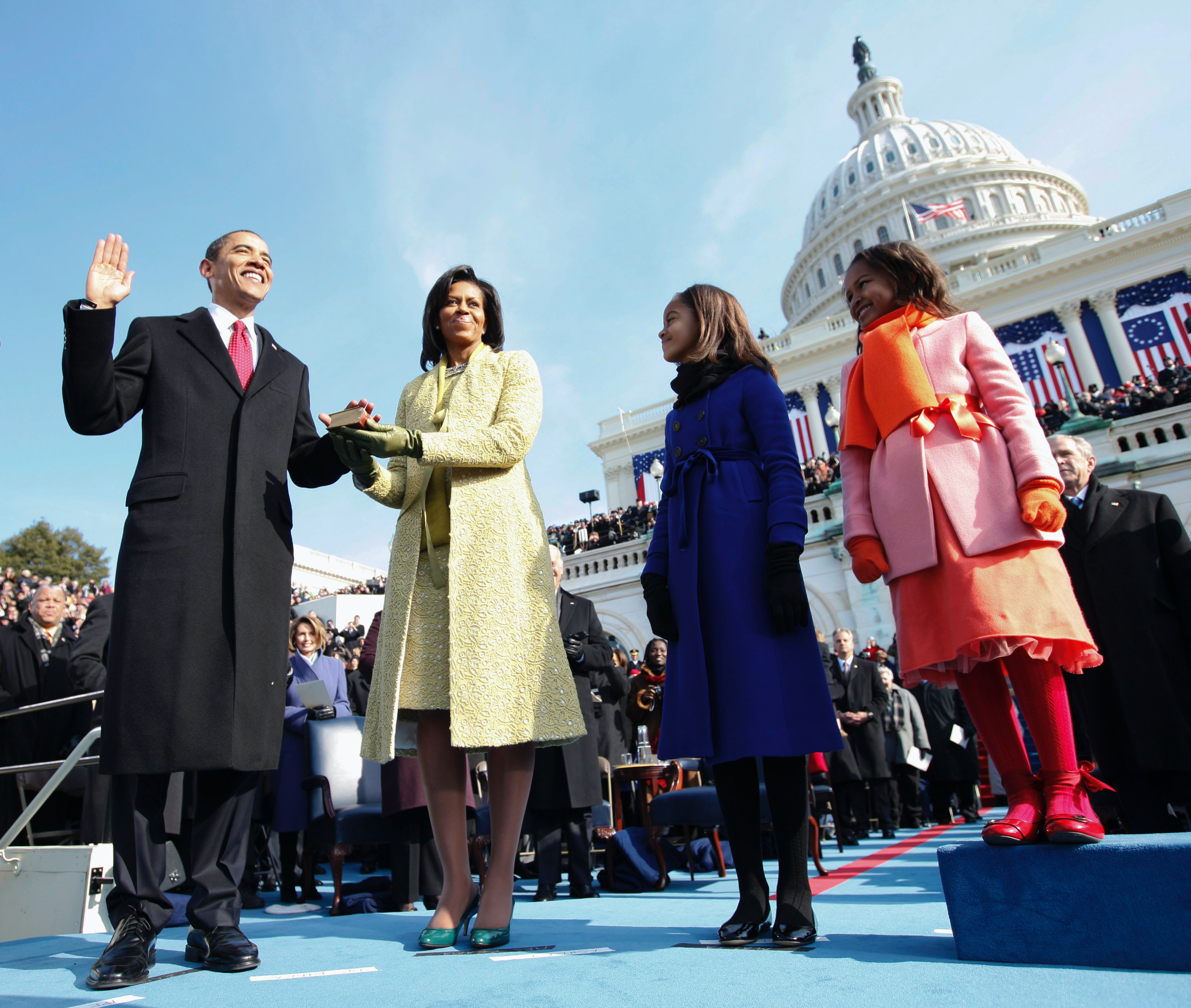 In November 2020, Obama told People his daughters participated in peaceful demonstrations in reaction to the death of George Floyd and Breonna Taylor. He said he “could not have been prouder of them.”

“I didn’t have to give them a lot of advice because they had a very clear sense of what was right and what was wrong and [of] their own agency and the power of their voice and the need to participate,” he said. “Malia and Sasha found their own ways to get involved with the demonstrations and activism that you saw with young people this summer, without any prompting from Michelle and myself, on their own initiative.” 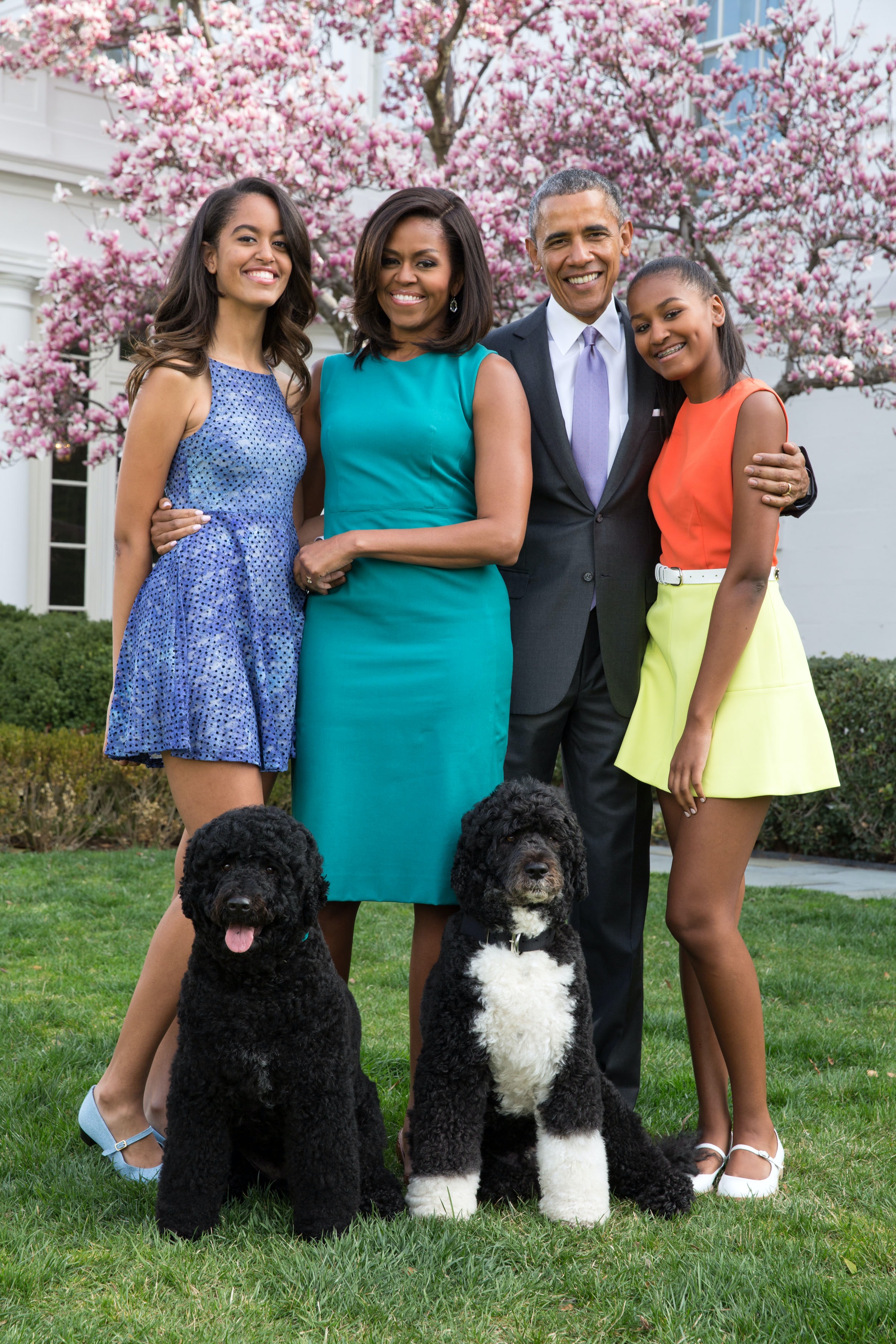 Back in November 2020, Jenna Bush Hager — President George W. Bush’s daughter — shared throwback images from 2008, when she and Barbara, her twin sister, showed the Obama girls around the White House.

“Barbara and I taught the girls how to slide down the banister and all the secrets of the White House we loved as little girls — the best hiding spots, the movie theatre, and bowling alley,” she wrote. “We showed them our rooms that would soon be theirs. Twelve years! PS I love my ‘teacher outfit’ it makes me nostalgic for that time.”

To think it’s been 13 years (!) since that happened is evidence that time really does fly.

Posted on 03/03/2021
Recent Posts
We and our partners use cookies on this site to improve our service, perform analytics, personalize advertising, measure advertising performance, and remember website preferences.Ok