Audrey Geisel, the widow of the children’s author Theodor Geisel — better known as Dr. Seuss — and the overseer of his estate and guardian of his legacy since his death in 1991, died on Wednesday at her home in San Diego. She was 97.

Before Mr. Geisel died, he told his wife that she would be in charge of all the creatures he had created, including the Cat in the Hat, Horton the elephant and the Grinch.

Taking care of them became her mission. She developed and oversaw a global operation of publishing ventures, film projects, games and celebrations that kept Dr. Seuss’s name, and his beloved stories, in front of successive generations of children as they learned to read.

She was deeply involved in the marketing and managing of all his material. Some people complained that her aggressive commercialism went beyond the wishes of her very private husband.

“You use it or you lose it,” she responded to San Diego Magazine in 2007 when asked about that complaint. “If we’re not out there — if we don’t keep up the reminders and remembrances — you fall off. And as long as I’m here, that isn’t going to happen.”

In 1993 she founded Dr. Seuss Enterprises, whose stated mission was to “protect the integrity of the Dr. Seuss books while expanding beyond books into ancillary areas.” That meant keeping a sharp eye on copyrights and trademarks as Dr. Seuss merchandise and spinoffs were sold around the world.

It also meant overseeing several film adaptations of his work, among them computer-animated adaptations of “Horton Hears a Who!” and “The Lorax,” as well as the 2000 live-action film “Dr. Seuss’ How The Grinch Stole Christmas,” starring Jim Carrey, which was one of the worst-reviewed movies of the year and yet one of the highest-grossing. (Ms. Geisel was the executive producer on many of these film projects, most recently the animated “Grinch,” starring the voice of Benedict Cumberbatch; it opened last month to mediocre reviews.)

Not everything made money. The 2000 Broadway show “Seussical” was a flop. And Ms. Geisel did not hide her annoyance that Universal Pictures cast Mike Myers in the title role of “The Cat in the Hat” (2003), which also sagged at the box office. She felt he was ill suited for the part. The reviews were terrible — A. O. Scott of The New York Times called it “a vulgar, uninspired lump of poisoned eye candy” — and it prompted Ms. Geisel to declare that she would never allow another live-action portrayal of Seuss characters.

Over the years she repeatedly told interviewers that she was still recovering from that experience. As she often put it, “I’m just getting my ‘Cat’ out of the litter box.”

Ms. Geisel presided over a year’s worth of ceremonies in 2004 celebrating the 100th anniversary of her husband’s birth under the title “Seussentenial: A Century of Imagination.” Random House sells 10 million Dr. Seuss books a year, and new ones crop up periodically. During a home renovation in 2013, Ms. Geisel found a manuscript for a previously unpublished Dr. Seuss book, “What Pet Should I Get?” Random House published it in 2015 with a first printing of one million copies. 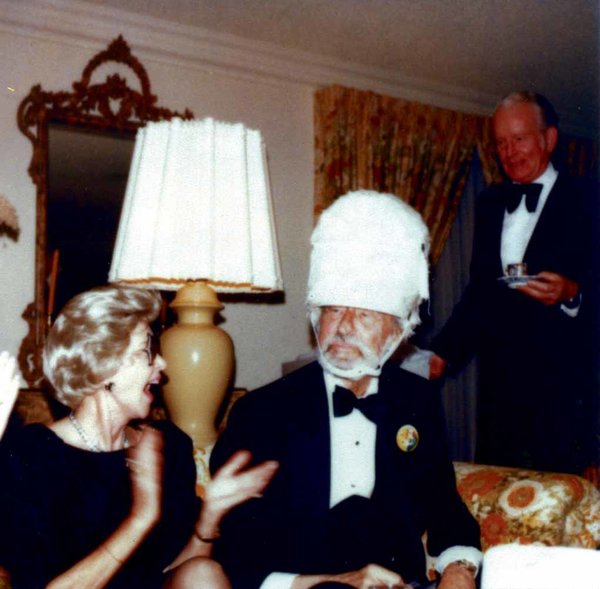 Ms. Geisel, a petite woman of boundless energy, would hold court each morning with aides at a hotel restaurant in San Diego, The Associated Press reported, arriving in a 1984 Cadillac with a license plate that said GRINCH.

In addition to running Dr. Seuss Enterprises, she devoted herself to philanthropy, supporting dozens of charitable organizations.

She gave $20 million and thousands of her husband’s drawings and manuscripts to the University of California, San Diego, where the Geisel Library is named for both of them. She and her husband also donated millions over the years to what is now the Audrey and Theodor Geisel School of Medicine at Dartmouth College, where Mr. Geisel was an undergraduate.

Audrey Stone was born on Aug. 14, 1921, in Chicago. Her father left the family early, and Audrey was later raised in and around Queens. When she was 5, her mother decided to live in a nurse’s dormitory to save money and sent her daughter to live with a friend in New Rochelle, N.Y., for five years.

When she was 21, she enrolled in the nursing program at Indiana University, where she met E. Grey Dimond, a pre-med student whom she would soon marry. He became the dean of cardiology at the University of Kansas, and they had two daughters before they moved to the La Jolla neighborhood of San Diego in 1960.

There the Dimonds became friends with Mr. Geisel and his first wife, Helen. Mr. Geisel was 18 years older than Ms. Dimond, but they fell in love, and in 1967 Helen Geisel, who suffered from several illnesses, committed suicide with an overdose of barbiturates.

In a note she left to Mr. Geisel, she wrote in part, “My going will leave quite a rumor, but you can say I was overworked and overwrought,” according to “Dr. Seuss & Mr. Geisel” (1995), a biography by Judith and Neil Morgan.

Ms. Dimond divorced her husband to marry Mr. Geisel, at which point she sent her daughters, ages 9 and 14, away to school.

After Mr. Geisel died, she said, she apologized to her daughters for not being “the best of mothers,” and they became closer.

Her survivors include those daughters, Lark Grey Dimond-Cates and Leagrey Dimond.

In an obituary on Friday, Publishers Weekly said that they remembered their mother as “an extraordinary whistler” who loved “parades; early morning; popcorn; dancing cheek to cheek; and all holidays.”

3 Zodiac Signs Most Likely To Be Scorpio’s Soulmates