Australian officials have revealed they don’t know the location of a rogue Afghan army soldier who murdered three Australians in 2012, after he was released from house arrest following the fall of Kabul two months ago.

Senior Department of Defence officials said they learned of the release of the former sergeant in the Afghan National Army, known as Hekmatullah, through “sensitive” intelligence channels. 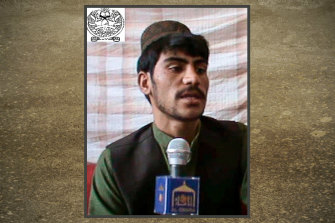 Hekmatullah spent seven years in jail after killing Lance Corporal Stjepan Milosevic, Sapper James Martin and Private Robert Poate in August 2012 while they were playing cards. He fled the base after shooting the three unarmed Diggers and injuring two others but was captured in late 2013 and sentenced to death for the attack.

Hekmatullah was last year sent to Qatar under a deal between the United States and the Taliban that included a commitment to release 5000 prisoners. He was allowed to walk free from house arrest in Doha shortly after the Taliban took Kabul in August.

Appearing at a parliamentary inquiry into Australia’s involvement in Afghanistan on Monday, senior Defence official Hugh Jeffrey said his department had no confirmed information about his whereabouts or the circumstances around his release.

“The Australian government became aware of Hekmatullah’s release from Qatar through highly sensitive intelligence, which the government is unable to comment on directly,” he said.

Chief of the Defence Force Angus Campbell said the Army advised the families over the weekend that Hekmatullah had been released, although it is believed they were first told by Australian officials earlier.

Geoffrey Tooth, a senior official with the Department of Foreign Affairs and Trade, said the Australian government had made about 180 representations to foreign governments over the past few years on its position that Hekmatullah should not be released.

In a joint statement, Labor’s foreign affairs spokeswoman, Penny Wong, and its defence spokesman, Brendan O’Connor, said Australians deserved a full explanation from the government detailing “what it knows about the terms of Hekmatullah’s release and his current whereabouts, and what representations were made to try and prevent his release”.

“Lance Corporal Milosevic’s widow Kelly Walton has expressed her disappointment at the lack of answers from the Morrison-Joyce government,” they said. “Throughout this ordeal, the government’s handling has been marked by a lack of transparency and that has continued with the troubling decision not to disclose news of Hekmatullah’s release publicly.”

DFAT officials also confirmed Australia decided to close its embassy in Kabul on May 28 after receiving advice from Defence and the Office of National Intelligence on the deteriorating security situation in the country.

The department’s assistant secretary for security, Brent Marshall, said he wouldn’t characterise the advice as “black and white – you should close”. “It was a concern of the growing risk,” he said.

Mr Marshall said US President Joe Biden’s announcement on April 14 of the withdrawal of American troops “brought into sharper focus” the possibility of closing Australia’s embassy.

DFAT officials couldn’t say whether there was any advice earlier than April advising of the potential closure of the embassy, repeatedly saying the government was always involved in “contingency planning”.

This prompted Senator Wong to say: “Just tell the truth.”

How to know if you are overwatering your houseplants