Move over Nadia Fairfax-Wayne, Australia’s reigning queen of fashion, Laura Brown, is coming home. The newly married Brown is set to return to Sydney and then head on to Melbourne for speaking commitments hosted by business networking body, Business Chicks.

The speaking events mark her first professional engagement in Australia since her shock exit from InStyle magazine in February. Considered one of the most personable editors-in-chief in fashion media, her seven-year stint at the helm of the mag saw her translate her down-to-earth attitude and easygoing rapport with Hollywood celebrities to the glossy’s pages, transforming it into a playful and smart publication. 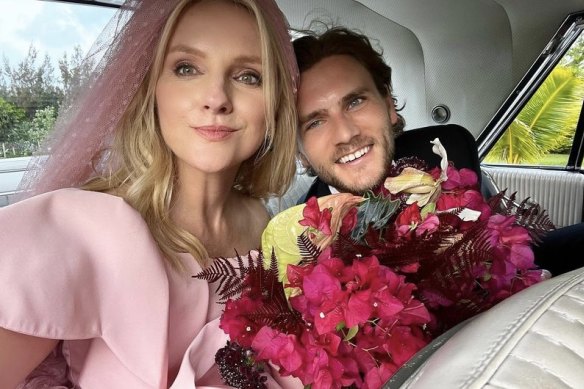 Laura Brown and new husband Brandon Borror-Chappell at their Hawaiian wedding in April.Credit:Instagram

Brown’s termination when owners decided to take the mag to digital-only shocked the fashion industry, leaving many wondering what would be her next professional move. Surely not another podcast.

For $195 Brown is set to spill insights from the front row of fashion week to the path of her success – no doubt sharing some tales of her celebrity pals, of which she has many.

In April, the former Willoughby High student married her long-time partner, comedian and writer Brandon Borror-Chappell, in a tropical Hawaiian wedding on the island of Kauai – postponed twice amid the pandemic.

Fresh off the back of his television debut on Celebrity Apprentice, model Jarrod Scott slipped out of Sydney and the Harbour City’s harsh winter, lapping up a European summer alongside his new squeeze, Briony Prior.

The couple, who made their social debut at the opening night of Moulin Rouge! The Musical at the Capitol Theatre in June, kicked up their heels at the exclusive LuisaViaRoma x Unicef Gala in Capri, Italy last week alongside international megastars. 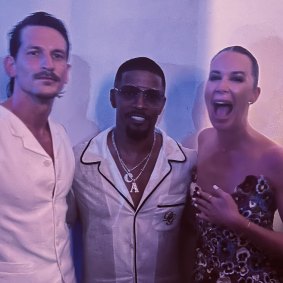 Jarrod Scott and Briony Prior rubbed shoulders with Jamie Foxx.Credit:

The dazzling charity gala, hosted by the actor Jamie Foxx, raised €8 million through an auction to support Ukrainian and Syrian relief efforts.

Lopez treated star-studded guests to a jam-packed set list featuring her own hits, including Waiting For Tonight and On the Floor, plus disco classics such as Gloria Gaynor’s I Will Survive and Gloria Estefan’s cover of Turn the Beat Around.

Lopez’s big night marks her first major performance as Mrs Ben Affleck. The pair tied the knot in Las Vegas last month and jetted off to France to celebrate their honeymoon in Paris. 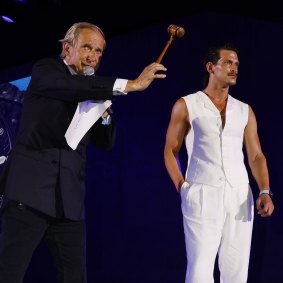 Scott himself did his bit for charity modeling a Hublot watch that sold for €75,000.Credit:

While the blushing groom was nowhere to be seen at the gala, it was attended by an extensive list of Hollywood celebrity guests such as Leonardo DiCaprio, Vanessa Hudgens, Jared Leto, Leni Klum, Diplo, Karolina Kurkova, the Haim sisters, Caylee Cowan and Casey Affleck.

Scott did his bit for charity, modelling a Hublot watch that sold for €75,000.

They were the talk of Sydney’s eastern suburbs when their age-gap romance set tongues wagging, now several years on, Andrew Spira and Julia Maguire are making their mark on Sydney’s property scene.

Emerald City can reveal the couple splashed $9 million on a four-bedroom Vaucluse home that boasts harbour views in October last year. The pair already shared 11 investment properties together including a Shoal Bay weekender and a block of apartments in Elizabeth Bay.

Spira, 23, is the son of socialite Lizzie Buttrose – the niece of Ita Buttrose – and is the founder and chief of business-loan broker Pineapple Funding. Ms Maguire, 37, is the executive director of media relations agency The Capital Network. 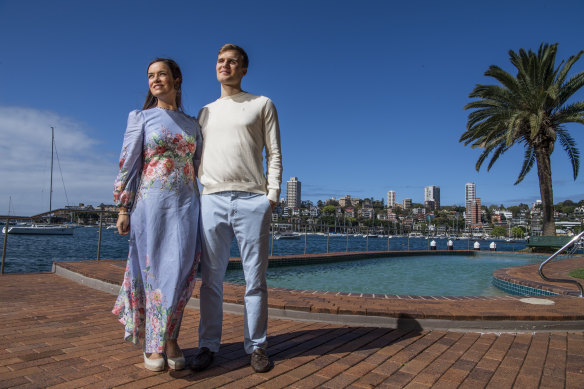 The couple first made headlines in 2019 with Emerald City’s exclusive that the pair, who met through Buttrose, had begun a relationship. They are now understood to be engaged.

Shaquille O’Neal to take up residence at The Star 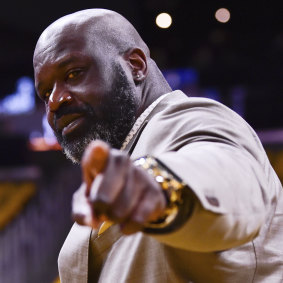 NBA hall-of-famer and pop-cultural giant Shaquille O’Neil is set to take over Sydney’s very own Marquee club on August 27 for a mammoth EDM set.Credit:Getty

NBA legend Shaquille O’Neal is heading Down Under this month for the first time in 20 years, for a series of speaking engagements and public appearances across Sydney and Melbourne.

While in town, Emerald City hears Shaq and his large entourage will take up residence at The Star’s Darling Hotel, residing in a penthouse suite that cost upwards of $5000 a night.

The Darling is the only hotel in the city with a Forbes five-star rating. Rumour has it he’ll be shooting hoops in the middle of The Star Sports Bar during his stay in the Harbour City.

While in town, he’ll dust off his DJ Diesel name for an exclusive DJ set at The Star’s Marquee nightclub.

Toddler with rare condition waves at Dad through window

When do you start repaying your student loan and what’s the interest rate?