Cheryl Strayed, 53, is the author of four books, including her bestselling memoir, Wild — about her 1,100-mile solo trek along the Pacific Crest Trail — which was turned into a movie starring Reese Witherspoon. Cheryl lives in Portland, Oregon, with husband Brian and their children, Carver, 17, and Bobbi, 16.

I’ve always joked that I’ll say the thing sober that other people will only say after a couple of glasses of wine. Even as a child this was true.

When I was young, my mother’s friends, a married couple, came to the house. I cornered the husband and asked him: ‘What made you love your wife?’ I don’t think he’d ever asked the question of himself, let alone been asked it by an eight-year-old girl. 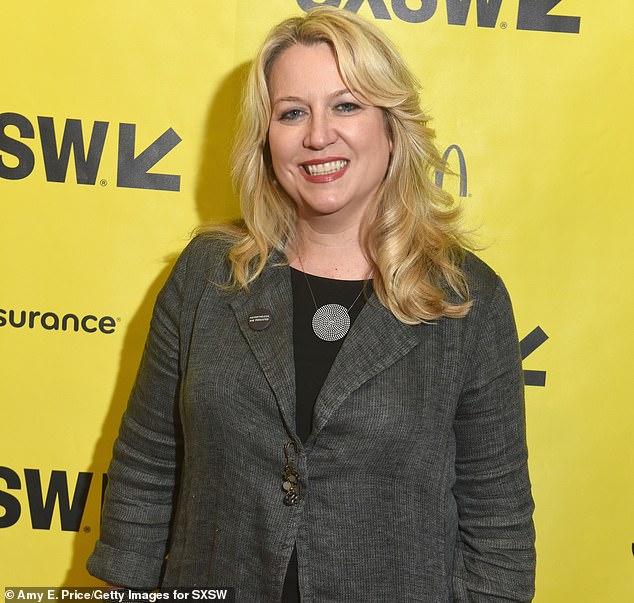 Author Cheryl Strayed, 53, (pictured) says don’t be afraid to show weakness. She says that she has the confidence to say things sober that some would say after two glasses of wine

Back then, I also realised that being vulnerable allowed you to connect with other people. It was a strength. When I was at college I looked at my friends and thought their lives were far more perfect than mine — I was the only one who came from a poor background, and very few had parents who were divorced.

But I was honest with them about my life and, in return, they shared their stories. Yes, their parents were still married, but it was an unhappy home, or, while they didn’t have money struggles, they had eating disorders or depression. It was almost as if the magic key to unlocking real intimacy was making that first move and saying: ‘Actually, everything with me is not OK.’

In my book, Wild, I wrote about my 1,100-mile walk on the Pacific Crest Trail. I walked it at 26, four years after my mother died, and I wrote about my grief, as well as the self-destructive period I went through after her death — about how I’d used drugs and cheated on my first husband. But while some people judged me, most readers welcomed the book because they saw themselves in my pages and saw me saying: ‘I did a bad thing in my own life and I’m telling you the truth about it.’

As a teenager, I tried to seem perfect because I wanted to be loved. The great surprise was that when I wrote about my imperfections, it brought me more love than I could ever have imagined.