Back to the drawing board! Hilarious design fails will leave you scratching your head – including glass toilet cubicles and doorways to nowhere

The hilarious blunders, posted to Reddit, include an inaccessible door blocked by a metal handrail and another that was positioned halfway up a brick wall.

Another person photographed a staircase in Manila which has what appears to be a power line running through the centre of a step.

In another case, a social media user shared an image of a row of toilet stalls inside a bathroom – which left little room for privacy as the cubicles were entirely transparent.

Here, FEMAIL has rounded up the most bewildering of the photographs shared by users from across the globe. 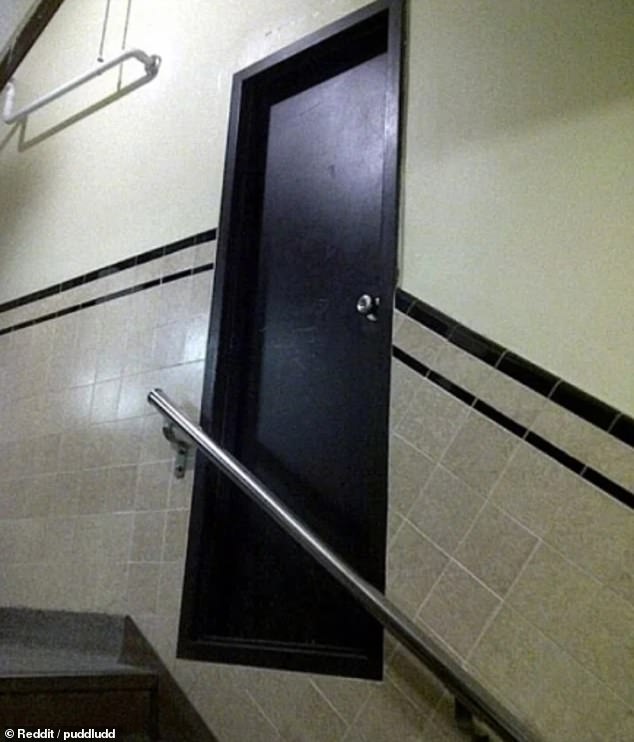 No access! One user, from an unknown location, shared an image to Reddit of a door placed above a staircase – with the rail blocking access to the room 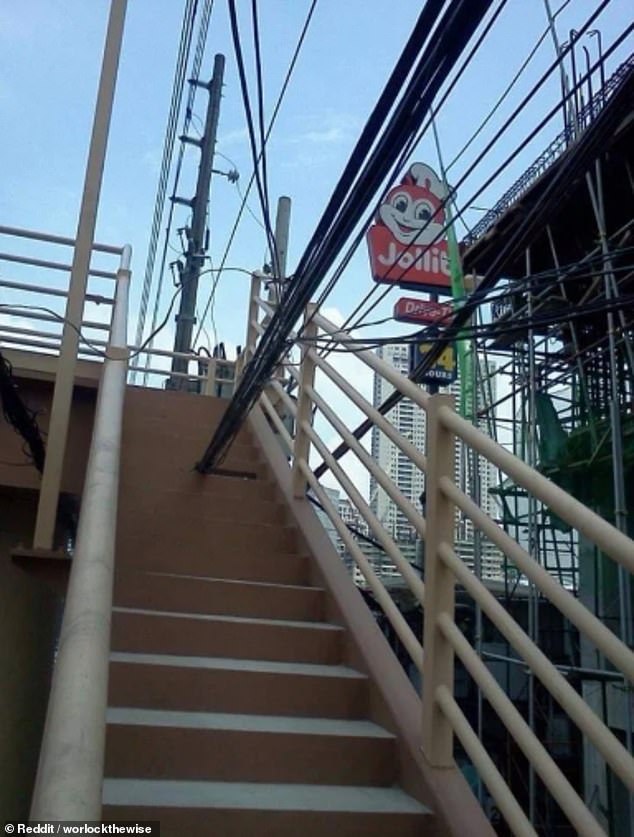 High voltage! Another user shared a photograph of a staircase in Manila, the Philippines, which has what appears to be a power line running through the middle of it 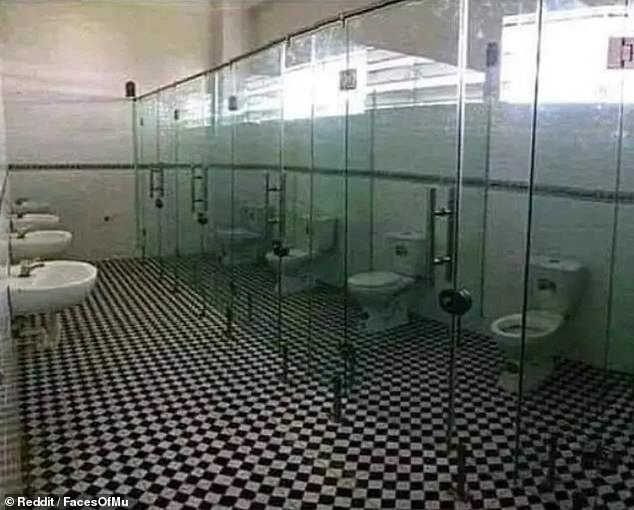 Don’t look! This photograph, taken in an unknown location, pictures a series of bathroom stalls which offer absolutely no privacy 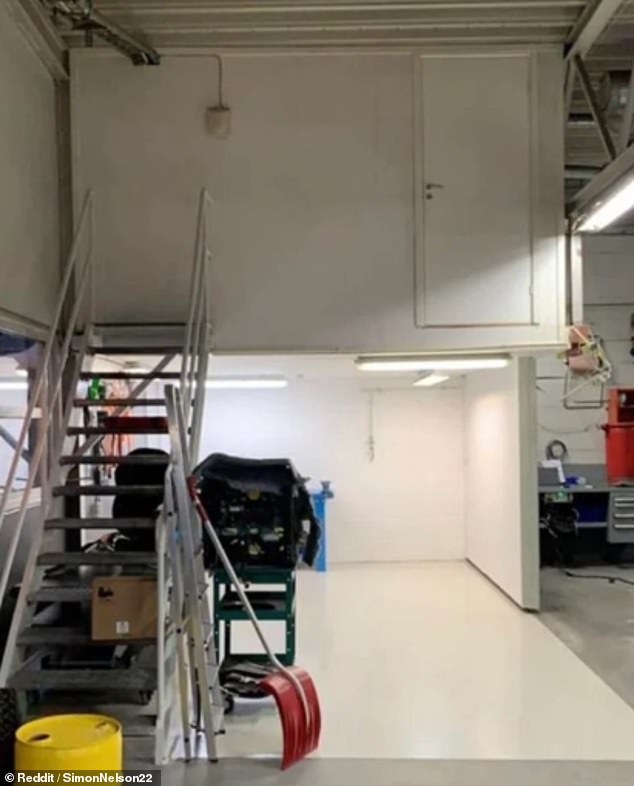 Staircase to nowhere! This image, believed to be taken in the US, shows a staircase placed just a little too far to the side of a floating door 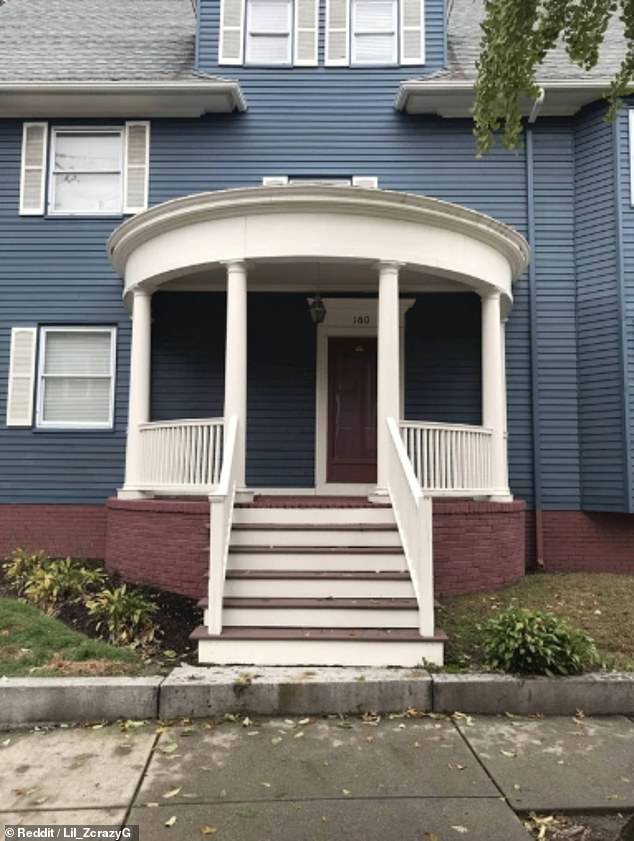 Off centre! This house, believed to be in the US, suffered a deign mishap with the placement of its front door – as it is far from lined up with the entrance way 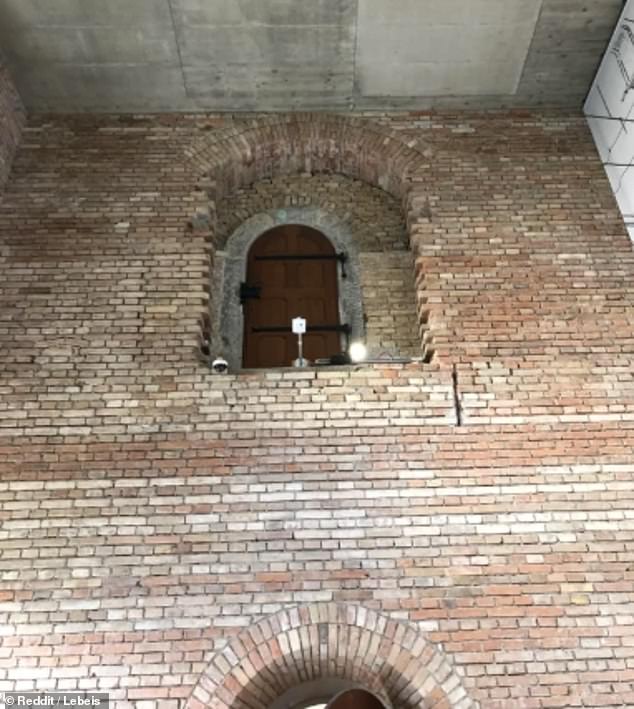 What? It seems there’s no way to access this door, photographed in an unknown location, which appears to have been discovered inside a wall 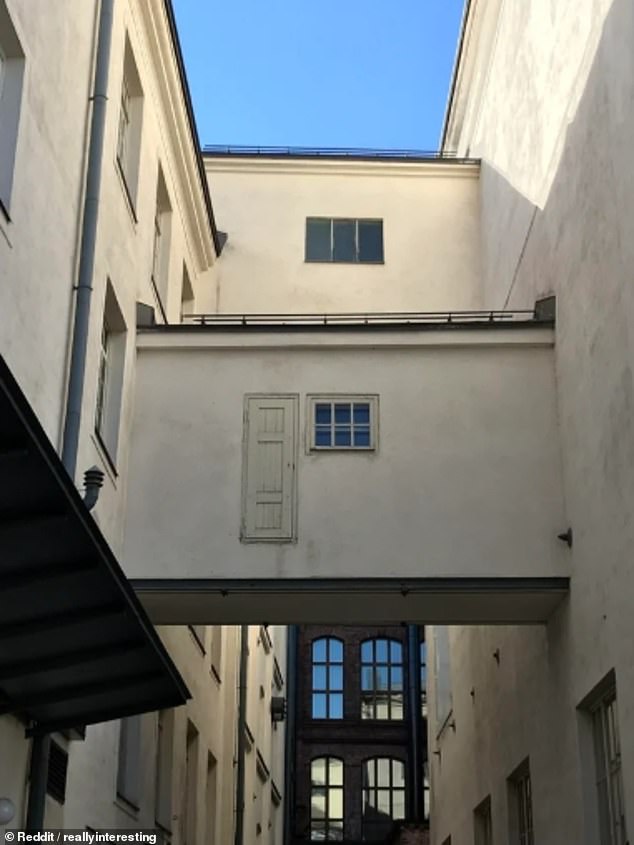 Floating! Another user, from an unknown location, photographed a door floating in the middle of an elevated walkway 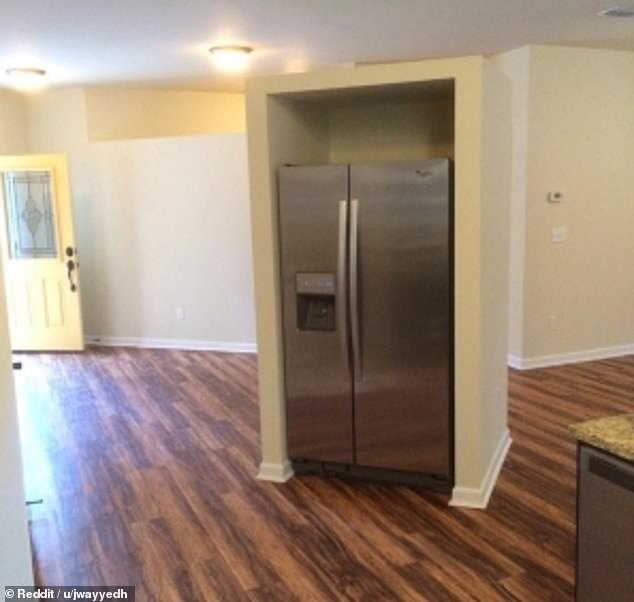 Baffling! The placement of this fridge confused people on social media, as it was in an enclave away from the rest of the kitchen 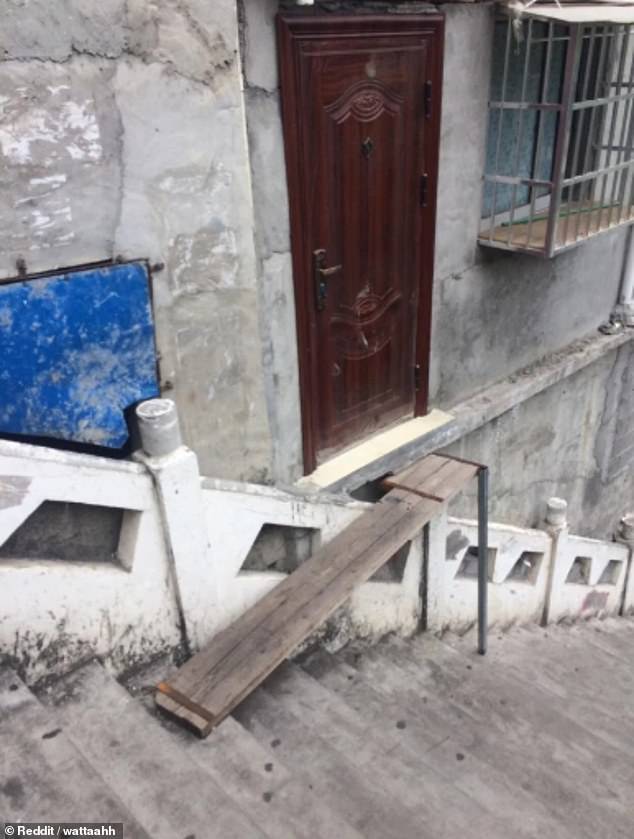 Careful! You would need a steady step to make your way to this door – which is only accessible from a plank of wood placed precariously on a staircase 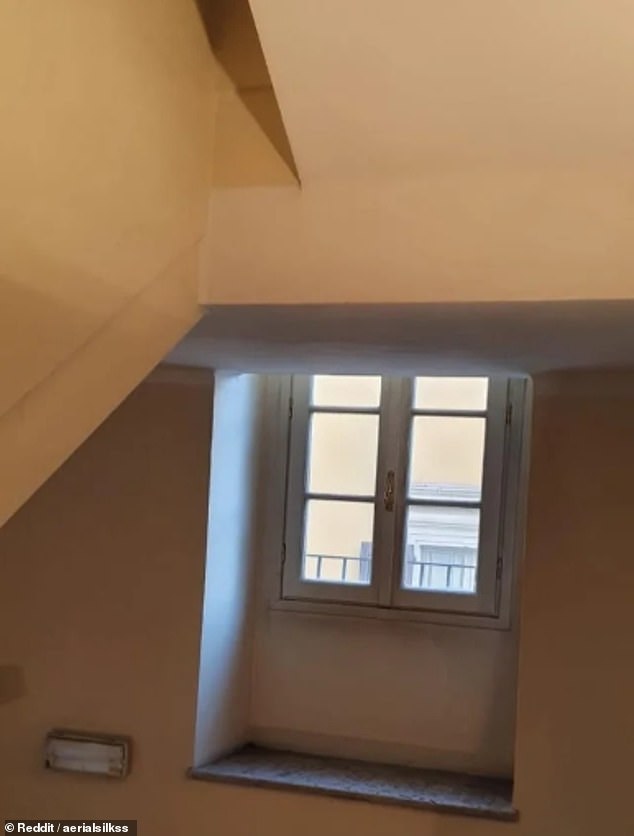 Closed! This homeowner, from the US, can’t open their window because of its placement 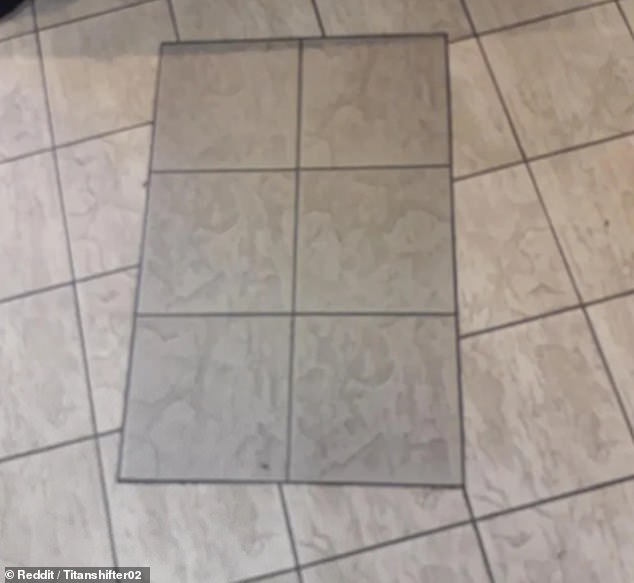 Out of line! Another user, from an unknown location, said this section of misplaced tiles ‘triggered their OCD’ 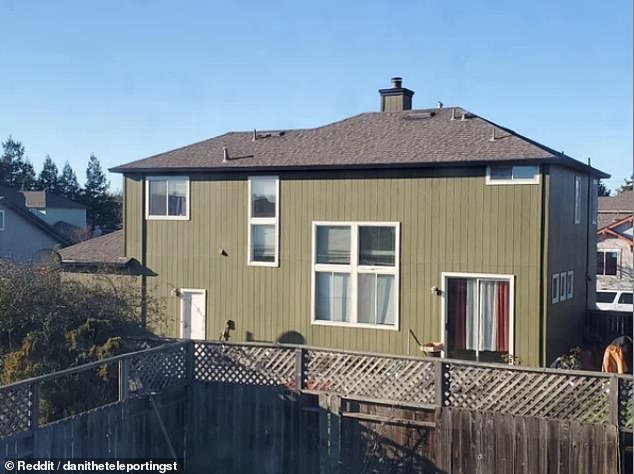 Wow! Another user said this house, in California, looked like it was designed by ‘someone playing the Sims for the first time’ 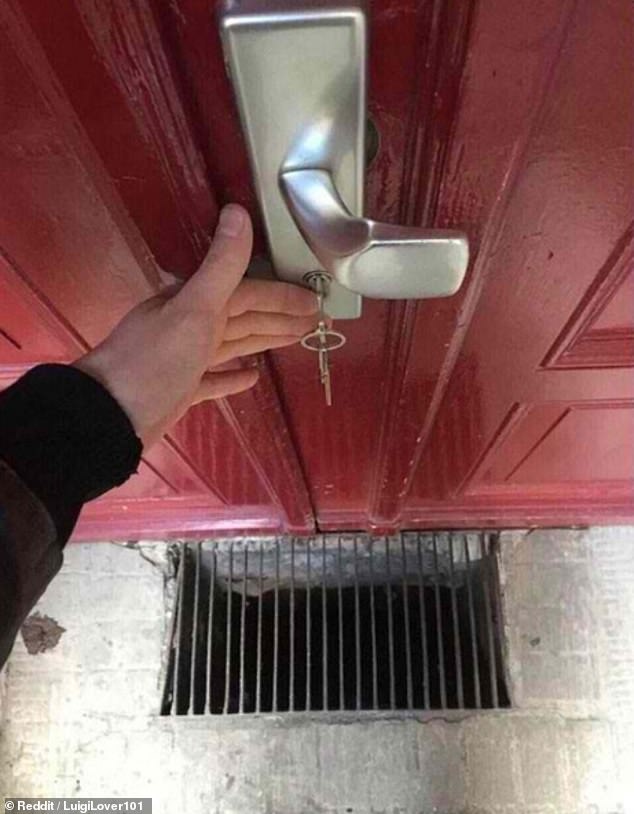 Don’t drop it! This precariously placed grate, in an unknown location, could prove disastrous if the homeowner dropped their keys

Nicki Minaj ‘Having The Time Of Her Life’ With Kenneth Petty On European Tour: It’s A Real-Life ‘Fantasy’

‘Jeopardy!’ host Alex Trebek gets a standing ovation along with his Daytime Emmy Award

'NCIS': The Major Ways Nick Torres Needs to Change as the Show Progresses: Fans Weigh in