A BALDING bus driver was left in tears after being fitted with a hair replacement.

Adam Sinclair, 29, of East London, broke down after his transformation was revealed, having spent years self conscious of his growing bald patch. 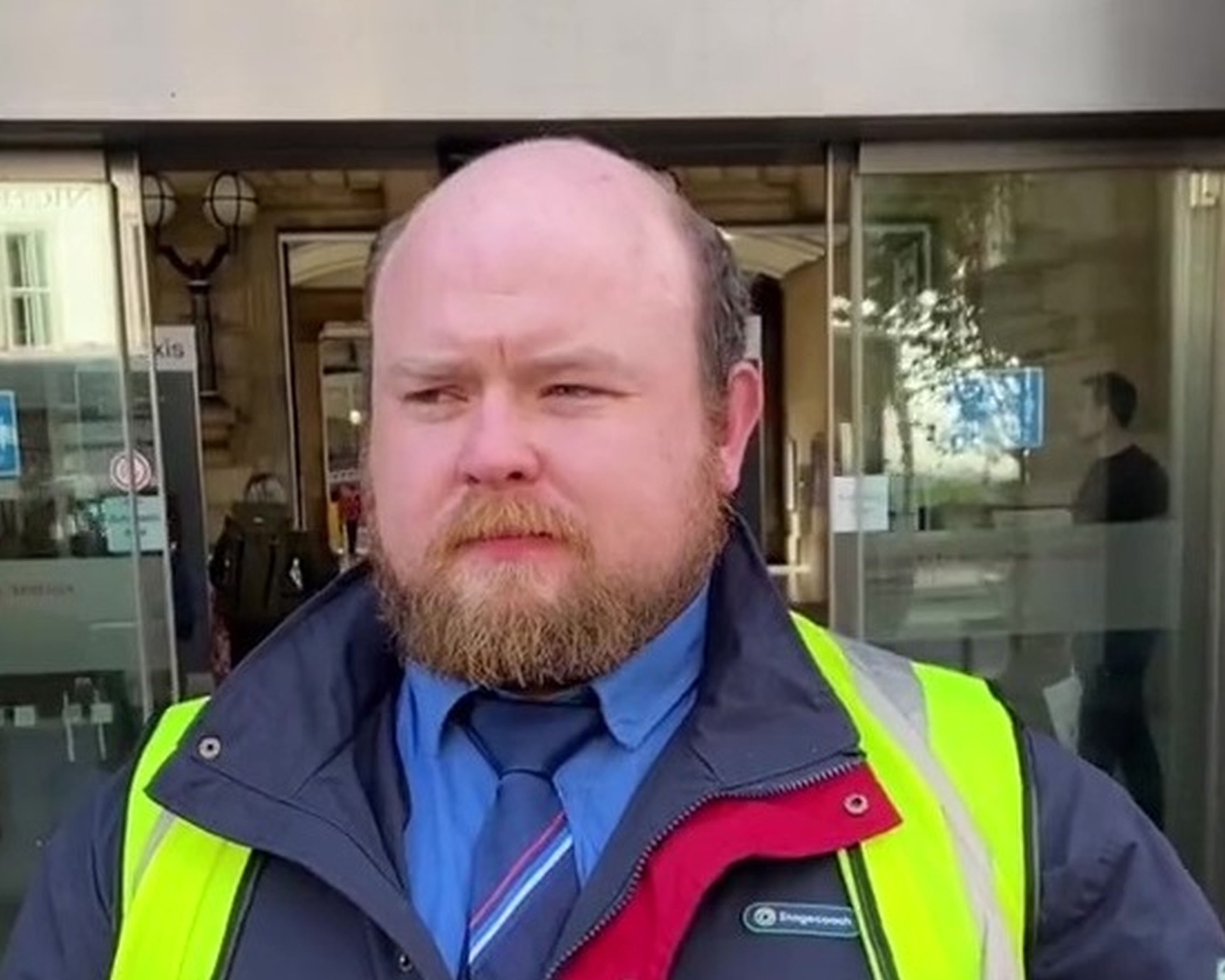 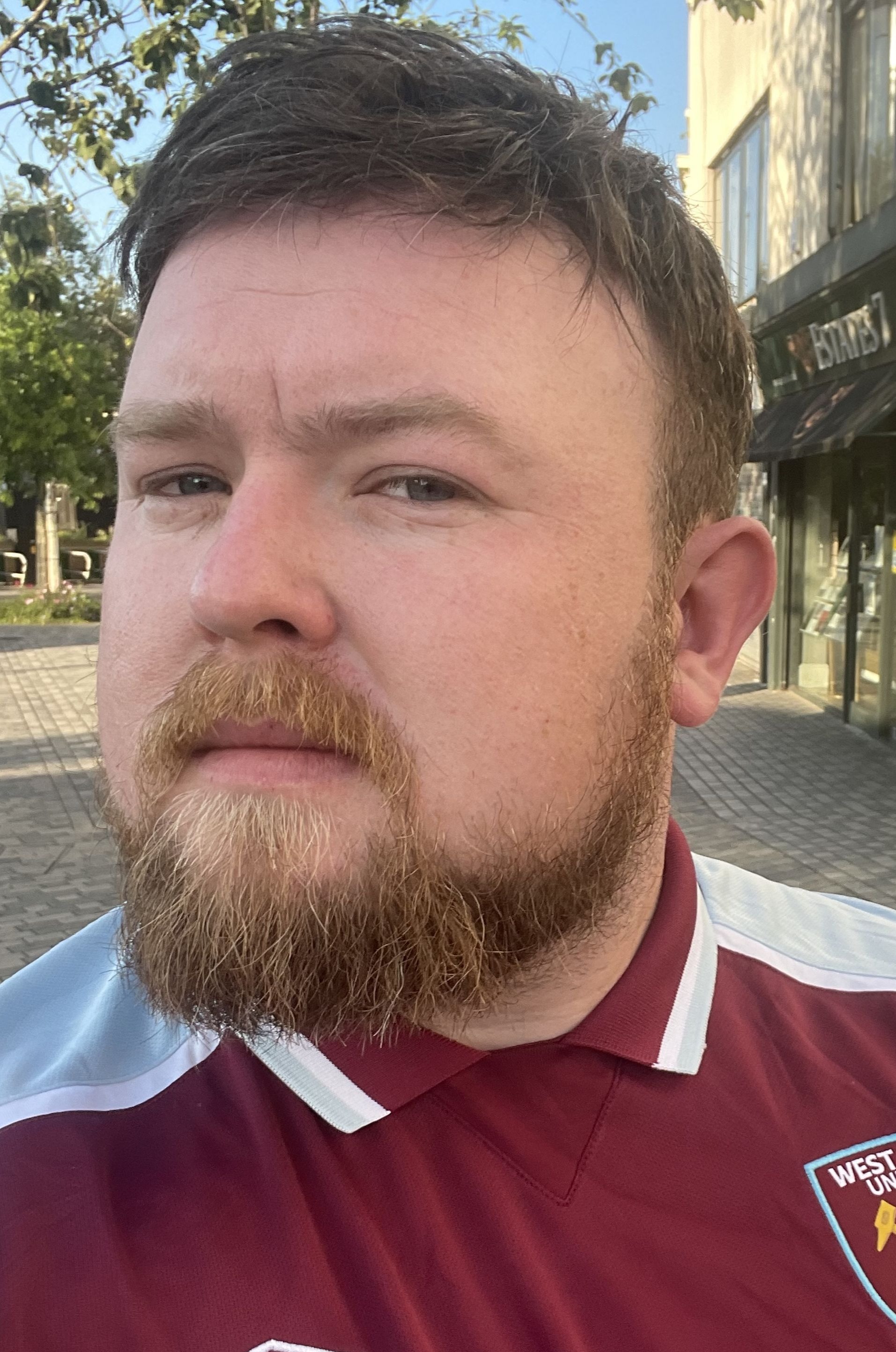 In a viral TikTok video, members of the public in Seaham, Country Durham gave their "brutally honest" guesses that Adam was around 37 years old, with many thinking he was well into his 40s.

But since gaining a head of hair by specialists at Novo Cabelo, he was predicted to be 30 years old by people in the street.

Novo Cabelo owner Rob Wood was filmed in the process of attaching a £350 “hair system” to Adam’s head before the big reveal.

A hair system is a cap covered in thousands of real black hairs, glued onto the skin where it remains for up to one year.

Adam, the owner of 92,000-follower TikTok account @Londonbusdriver, said: "It was such a strange sensation to hear scissors around my ears, then when the blindfold came off the shock was unbelievable. I could barely speak.

"A lot of blokes out there put a front on that they're the bald geezer with a beard, but deep down I felt robbed.

“I'm signed up for life now. You'll never catch me with a bald head again.”

Adam has been hiding his balding head with caps he “didn't suit” since he was 19, and he's even faced lovers' dropping hints to shell out on transplants.

Adam, from Forest Gate, said: "I've been asked if I'd consider this sort of thing in the past by partners but I've always been dead against it, saying 'this is me'. 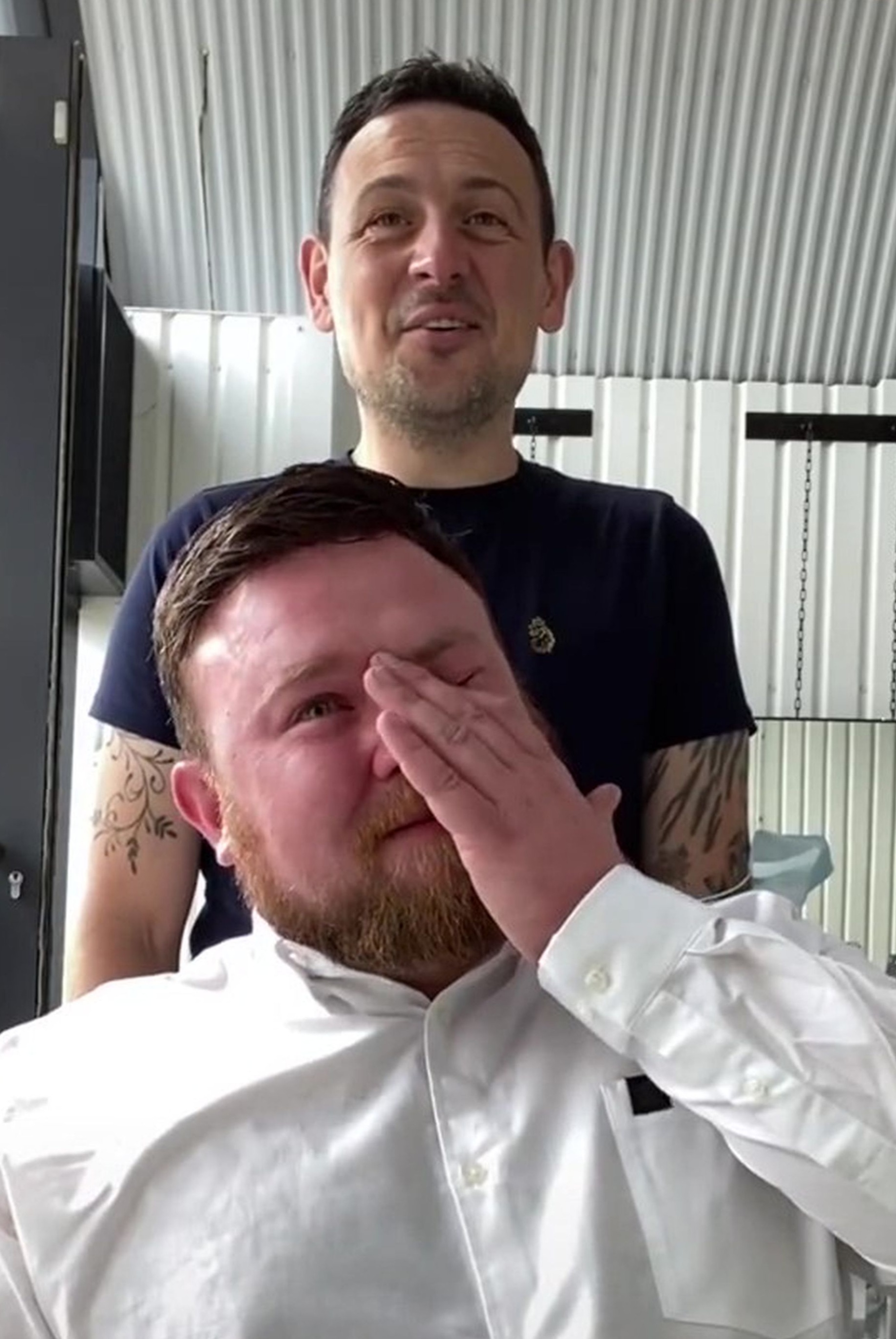 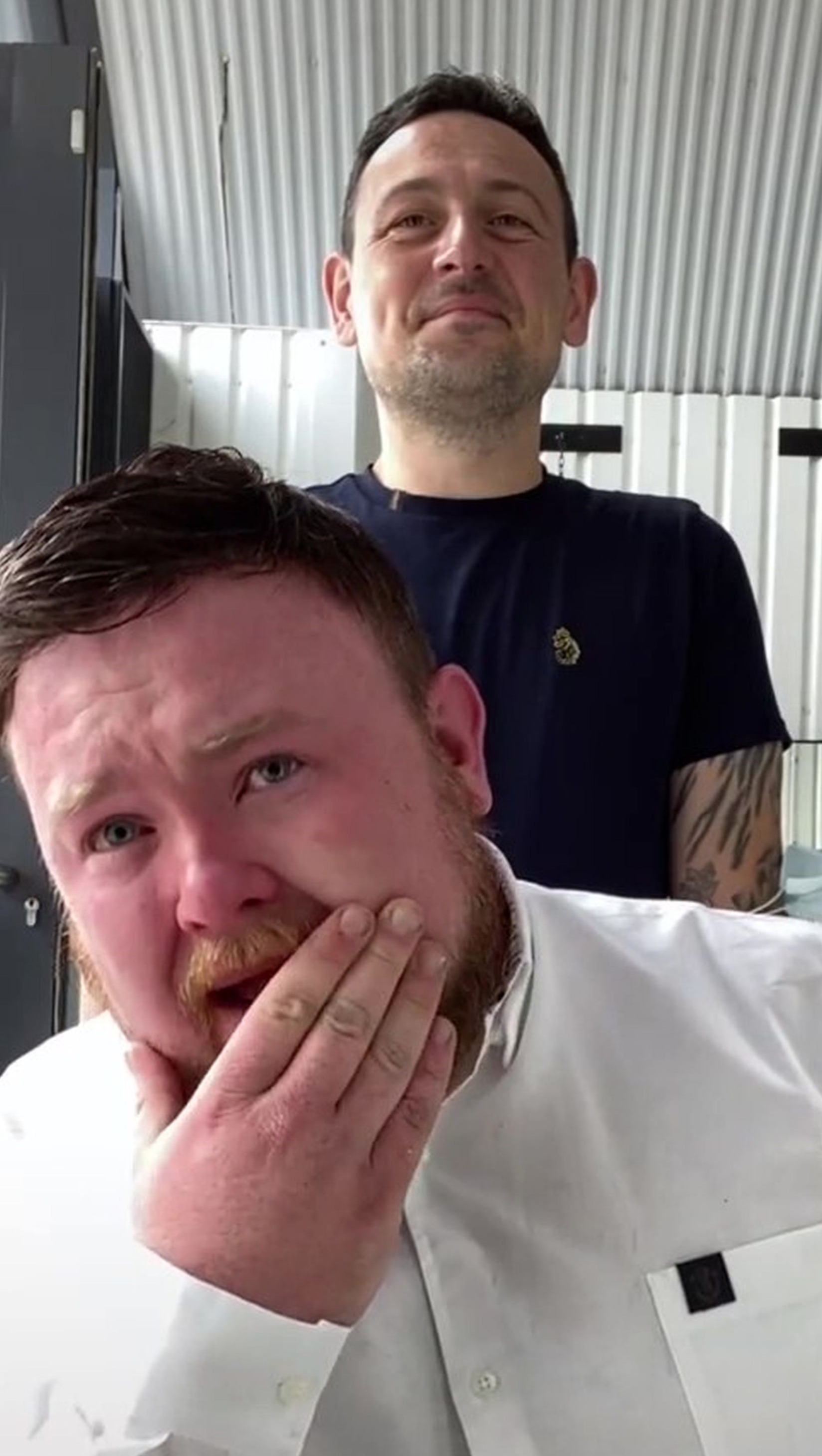 "They were always tagging me in the odd video and they'd dance around it a bit.

"I was gutted at the time but you just try and own it but it definitely lowers your self esteem. It was something that always bugged me.

"Even on my Tinder profile I'd tell them the hair's not coming back.

"It put a lot of people off and it meant I had to meet people in person because people would look and say 'that's not my cup of tea'."

The singleton admits he's been looking into hair replacement treatment for the past five years, but he's been too scared people would mock his new style.

However, Adam finally called time on his embarrassment and started looking into hair systems – which he finally got fitted on August 18 at Novo Cabelo.

He said: "The age predictions [for the video] were worse than I thought."

Novo Cabelo's video has since racked up more than 2.1million views and 226,000 likes from shocked viewers.

Adam's bragged women are overwhelming him with messages in the hope he'll take them on a date, going on his first last Friday (August 20).

He said: "I cannot explain to you how many girls have messaged me over the past few days, it's unreal. They're just jumping into my inbox and that feels good.

"I've never struggled to meet people but I feel like I've gone from chasing to being chased. I was fighting against the tide because my personality was there but my hair wasn't.

"I've ceremonially thrown away all my caps. I never thought I suited them anyway but it was better than walking around looking very old.

“A lot of blokes think you're trying to trick someone, but 2.5million people know I have a hair system and girls do not care. If you're confident in how you look it shines through.”

Adam said he would encourage anyone who is bald to try the hair system.

Around one in six men under 30 suffer moderate to extensive hair loss, rising to more than half in those in their 40s, stats suggest. 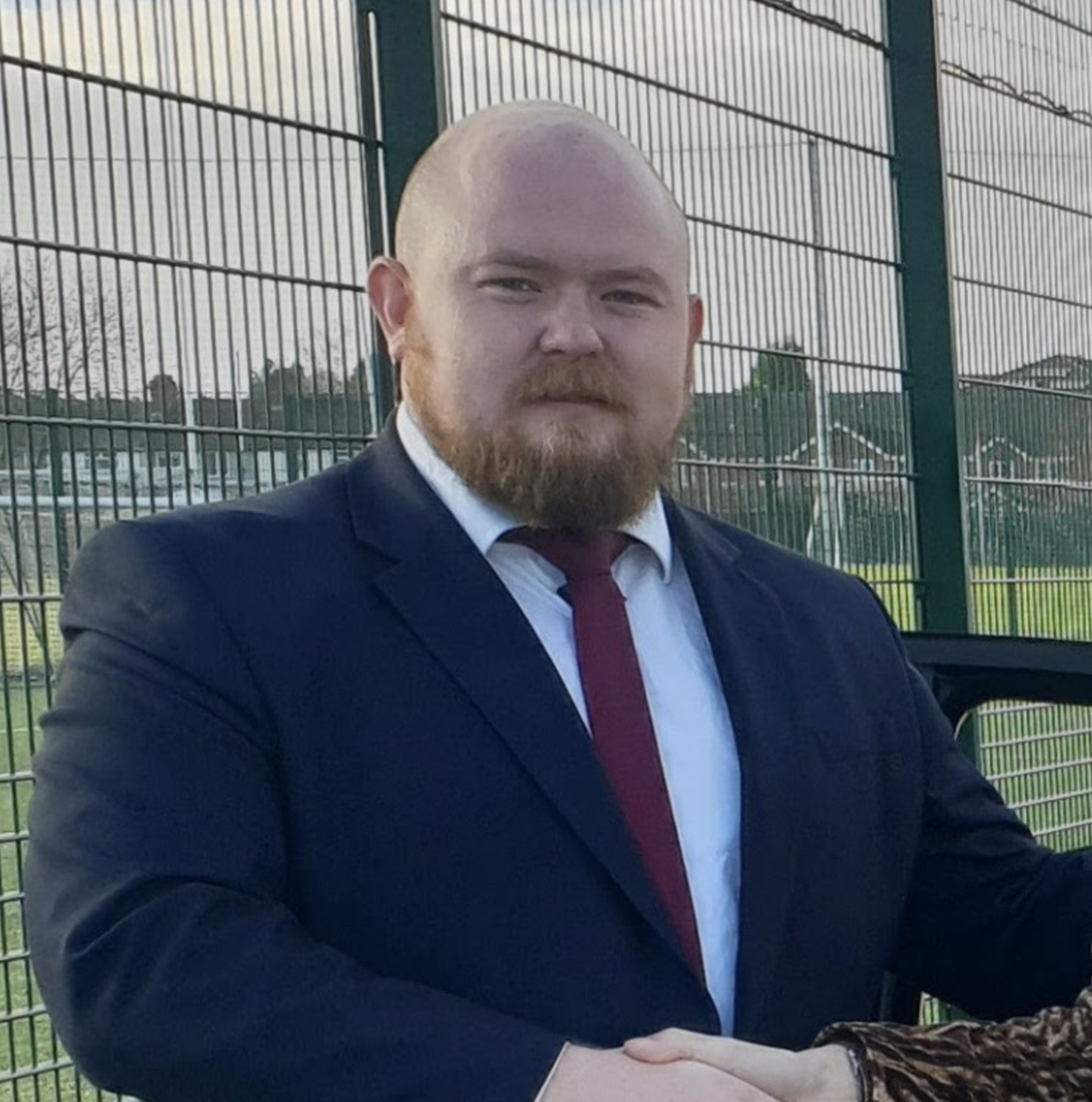 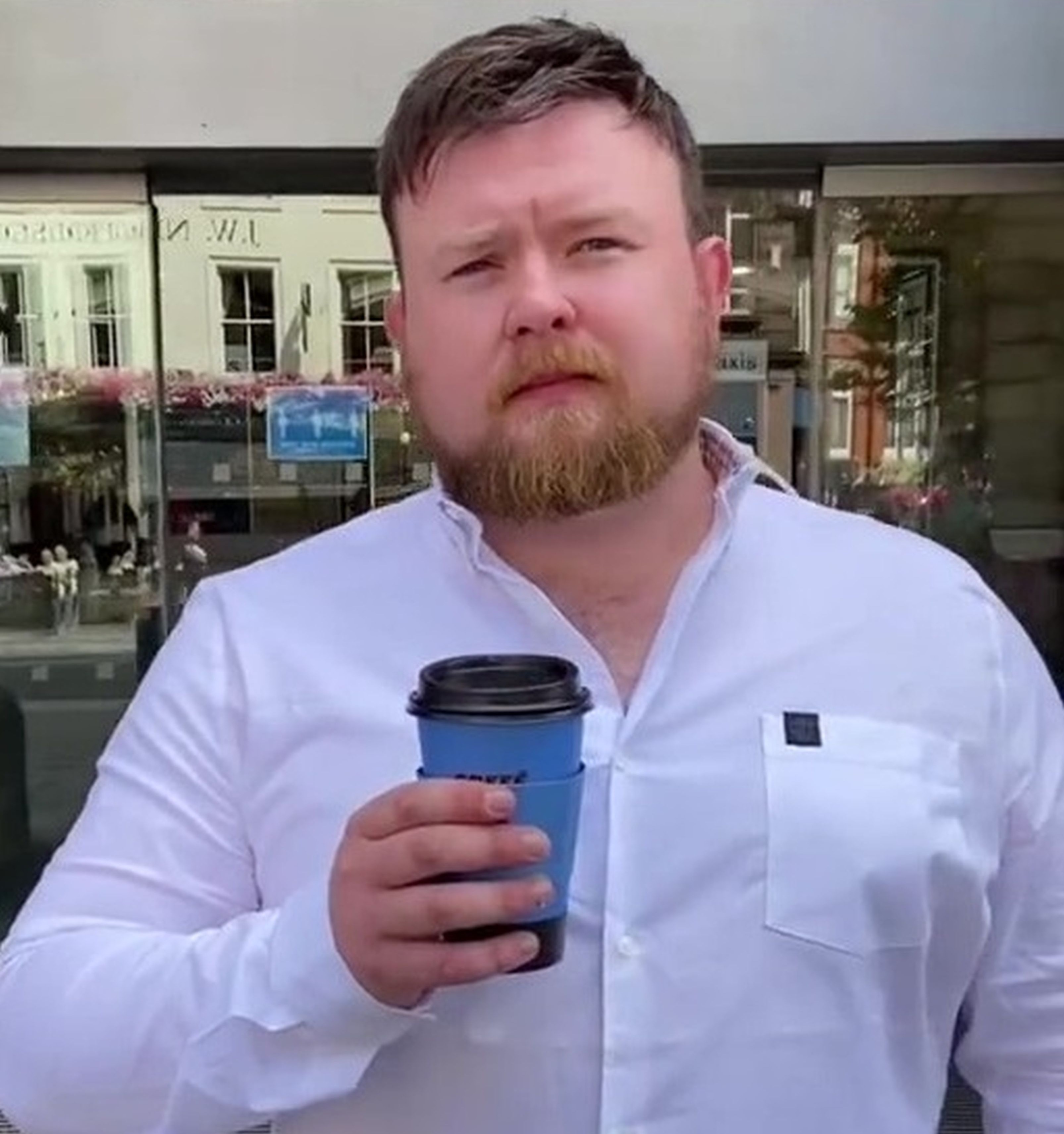 What is a hair system?

A hair system is a cap with hair on that is glued onto the head using an adhesive.

After being put onto the head, the hair is cut and coloured to match the wearer.

It lasts between two months and a year, depending on how well it is cared for, for example by avoiding harsh hair products or very hot water or hairdryers.

People can do normal things with a hair system – shower, exercise, swim and style the hair.

They can be pricey. But the benefits are that it is not surgical and the results are immediate.

Adam said: "People shouldn't be nervous about it. Technology has improved so much. It's not like someone throwing a wig on where everyone knew it was a wig.”

Adam has been a licensed bus driver for five years but only moved back to London shortly before the pandemic began when a previous relationship didn't work out.

His @Londonbusdriver page started growing in June when he began suggesting areas fellow singletons should take their dates as alternatives to the usual London haunts.

He said: "Having the following online gave me the confidence to show people you don't have to be scared to go and try things out. I'm just a bus driver – a normal guy. I'm not a model.”

Rob said: "I didn't know if he was going to like it or hate it, but his reaction was really emotional. It was lovely to see.

“It reminded me that I'm doing the right job and that I love my job. It's like a drug.

"He was so self-conscious about going out without a cap on. Once he came back with a hair system on he couldn't wait to get out in public. He was a different person."