BEN & JERRY'S is re-releasing one of their dairy-free ice cream flavours under a new name to raise awareness of climate change.

Save Our Swirled Now! is a new look for the company's formerly-named Coconutterly Caramel’d flavour, and a portion of the proceeds from each tub will go to The Climate Coalition. 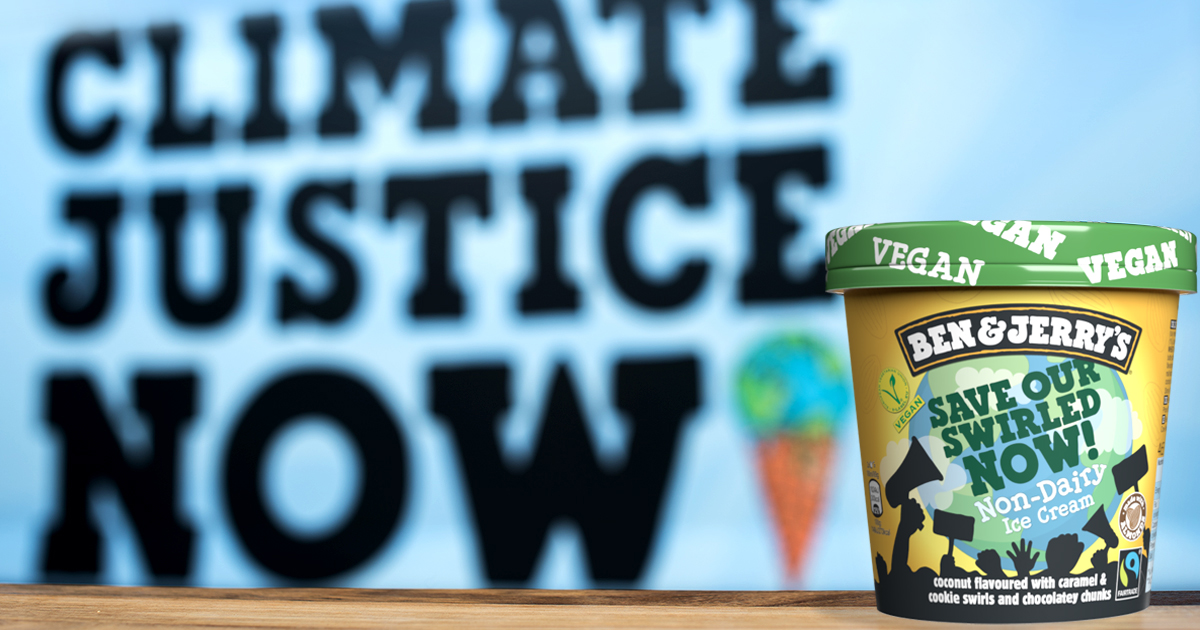 The newly named product is a coconut flavoured non-dairy ice cream with chocolate chunks and a cookie swirl, and it will be available from most major retailers from October 1. Each tub will cost £5.49.

However, you can currently find it for £5 at Sainsbury's under its former name.

Ben & Jerry's, alongside The Climate Coalition, re-released the flavour to urge the UK government to tackle climate change by putting green solutions at the centre of their economic recovery plans.

They believe the best way to put the UK on the right path includes:

You can support the cause by signing their declaration.

This isn't the first time Ben & Jerry's has released a flavour to shine a light on social issues.

In 2017 they released 'One Sweet World' to support the Poor People's Campaign, and 'Home Sweet Honeycomb' to support the legislation that would resettle refugees safely into Europe. In 2015 they celebrated the Supreme's Court decision in favour of marriage equality with 'I Dough, I Dough'.

Want to try some more? There currently are a number of other brands on the market, which offer similar non-dairy ice cream flavours including:

You can buy Save Our Swirled Now! at Sainsburys for £5.

If you're looking to make your house more environmentally friendly, the Green Home Energy Grant is now open for applications.

We’ve explained how the scheme works and what happens after you receive your voucher.

In other news, Aldi has recently announced that they are trialling online shopping.