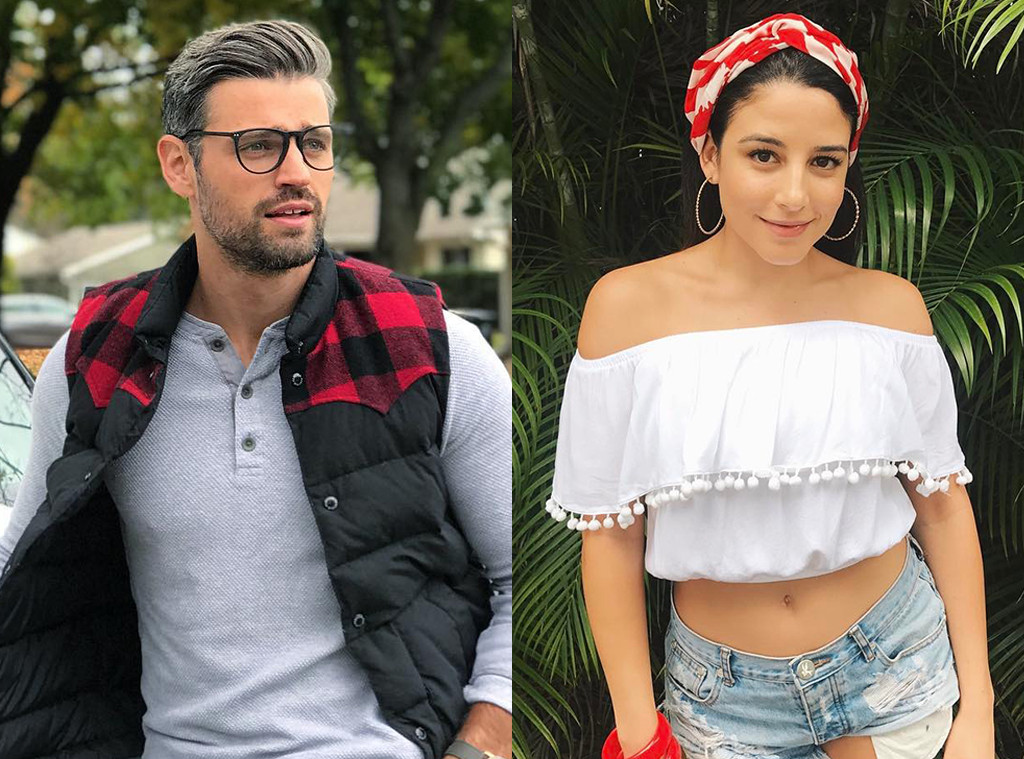 Bibiana Julian is setting the record straight on her relationship with Peter Kraus.

The Bachelor star called into The Ben and Ashley I Almost Famous Podcast on Monday and shut down the romance rumors.

“Nothing is going on with Pete Kraus and I,” she said. “Absolutely nothing.”

The fan favorites raised a few eyebrows earlier this month after they were spotted sitting next to each other at a basketball game in Miami. An insider then told E! News there was a “romantic connection” between the two and that they were “casually dating.”

When host Ashley Iaconetti asked Julian about their relationship status a few weeks ago, the season 22 contestant said, “I wouldn’t say it was something serious.”

Clarifying her response, Julian said they connected right after she finished filming the most recent season of Bachelor in Paradise. The two remained friends and decided to attend a Miami Heat game when Kraus was in town.

During the game, player Hassan Whiteside walked off the court in the middle of the fourth quarter. Several outlets shared video of the moment, and Bachelor fans were quick to spot Julian and Kraus together.

“I guess Bachelor fans caught a glimpse of it, and it just exploded into something that, you know—one thing led to another,” she said.

However, Julian may be seeing someone else. When host Ben Higgins asked his fellow Bachelor alum if she’d be celebrating with a significant other this season, she played it coy.

“Possibly. Maybe,” she said. “I don’t want to jinx it but this guy is kind of, like, too good to be true. Kind of just like everything I would want in a person. Like, I believe in, like, projecting the kind of person that you want and acting a certain way just to be able to attract that kind of person that you need in your life, and I think I may have found that guy. But I want to tread lightly just because, you know, you can get all caught up really quickly. But hopefully, for the New Year, we’ll be spending it together.”

Before Bachelor fans could start trying to identify the lucky guy, she assured listeners they haven’t seen him.

“Nobody knows him, no” she said. “And it’s not Peter Kraus.”

Fans first met Julian on Arie Luyendyk Jr.’s season of The Bachelor. She then went on to participate in The Bachelor Winter Games and Bachelor in Paradise. As for Kraus, he competed for Rachel Lindsay‘s heart on season 13 of The Bachelorette and made it all the way to the final two.

Now that she’s on a new journey to find love, does Julian have any advice for the new Bachelor Colton Underwood?

“Continue to go with your gut….Don’t be afraid to ask for their credit score,” she said.

29 Easter Instagram Captions To Get In The Hoppy Spirit

The moms and daughters on ‘sMothered’ are still uncomfortably close