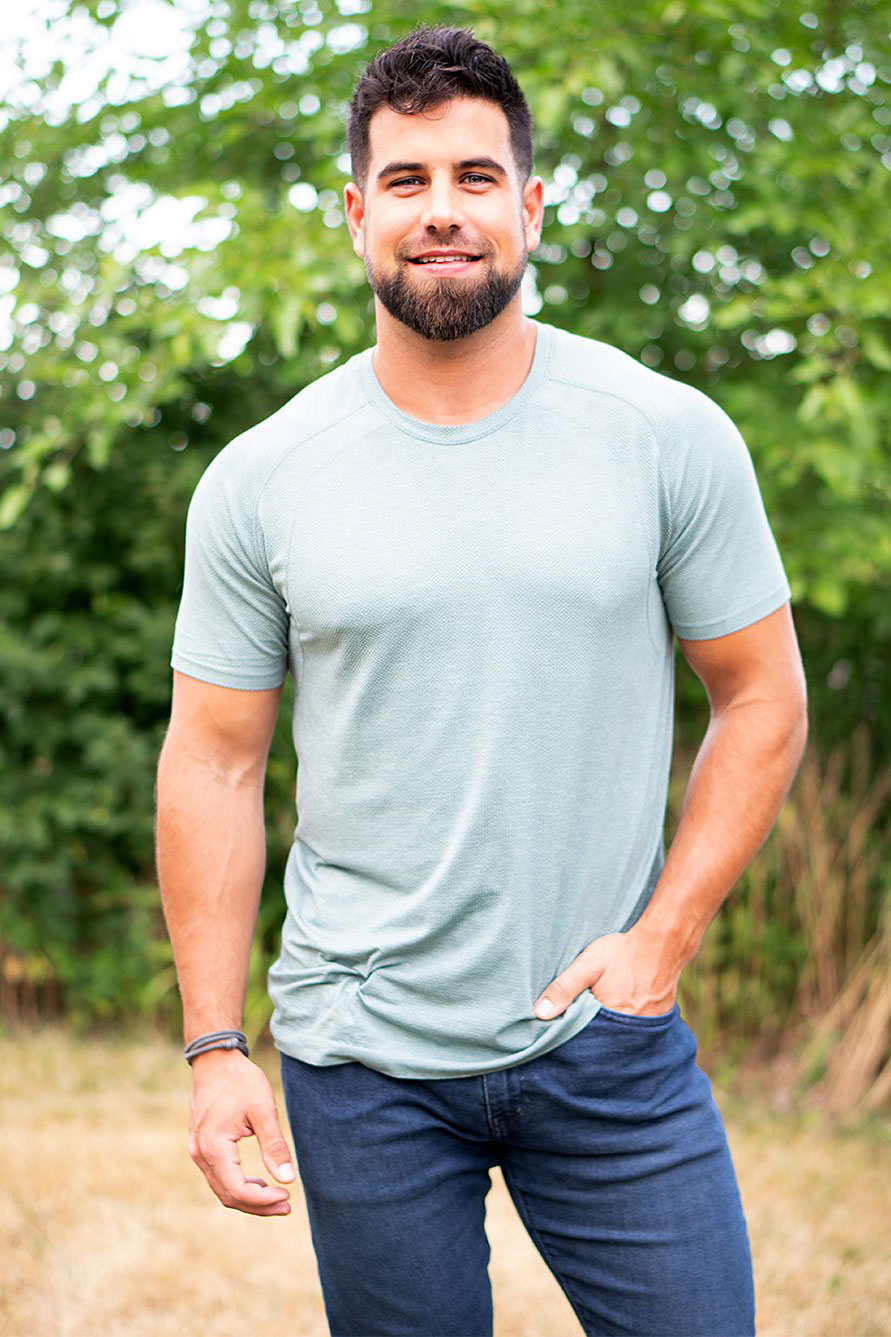 Searching for love the old-fashioned way. Some Bachelor Nation viewers hope Blake Moynes will be the next Bachelor after his recent split from Katie Thurston, but he’s not too keen on the idea.

“No,” the Canada native, 31, stated when asked whether he would take the gig during the Wednesday, November 24, episode of the “Talking It Out With Bachelor Nation” podcast. “I am in no way prepared to go through meeting 30 women, especially after all that.”

The wildlife manager, who split from his 30-year-old fiancée last month, added that he’s still recovering from the aftermath of their breakup. Us Weekly broke the news on Tuesday, November 23, that Thurston has already moved on with John Hersey, a contestant from her season of The Bachelorette.

“My ego’s hurt right now,” Moynes continued. “I feel like an idiot with how things played out. When you’re so sure about something, and you feel like you found your rock, to all of a sudden be able to turn that rock and try to find another one within the time frame that we have on [The Bachelor]? No.”

Katie Thurston and John Hersey’s Timeline: ‘Bachelorette,’ Blake and Beyond

The reality star made his Bachelor Nation debut during season 16 of The Bachelorette in 2020, competing for the love of Clare Crawley and later Tayshia Adams. He joined Thurston’s season in week three, and the duo got engaged during the August season finale.

Just two months later, however, the Washington native announced that the twosome had called off their engagement. “It is with mutual love and respect that we have decided to go our separate ways,” Thurston wrote via Instagram on October 25. “We are so grateful for the moments we shared together and the entire journey that has unfolded this year, but we ultimately have concluded that we are not compatible as life partners, and it is the most caring choice for both of us to move forward independently.”

After news broke that the former bank marketing manager had already moved on with Hersey, 27, a source told Us that Moynes was “blindsided” by the romance. During his podcast appearance on Wednesday, Moynes claimed that his ex didn’t give him a heads up about her new relationship. “I had to pull over because my phone was going nuts,” he recalled. “I pulled over in a Best Buy parking lot and everyone was ringing me, they were like, ‘There’s no f–king way.’”

Though some fans are eager for him to return to Bachelor Nation as the Bachelor or as a contestant on Bachelor in Paradise, Moynes said he plans to take some time before wading into the dating pool again — and when he does, he doesn’t want it to be televised.

“Sorry, I only just got this!” Why are some people so bad at replying to messages?