Today marks the day that megxit will officially go into effect for Prince Harry and Meghan, Duchess of Sussex. They will no longer be working royals and a lot of things about their lives will change. Before this, we could expect official updates about the couple’s lives to come directly from Buckingham Palace as they do with Prince William and Kate, Duchess of Cambridge. But, after today, Buckingham Palace is officially done commenting on the lives of Harry and Meghan. 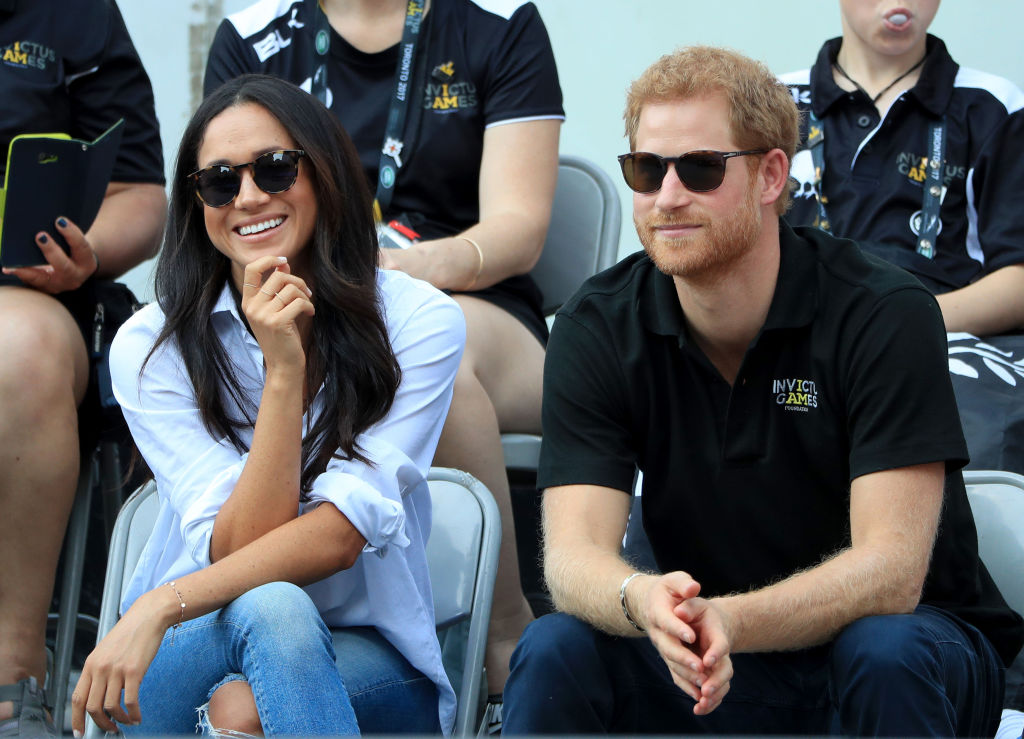 The palace has announced several big moments in the lives of the Sussexes, including the birth of their son, Archie Harrison Mountbatten-Windsor. They even announced the couple’s decision to step down from their royal duties.

“The Duke and Duchess of Sussex are grateful to Her Majesty and the Royal Family for their ongoing support as they embark on the next chapter of their lives,” the statement read.

“As agreed in this new arrangement, they understand that they are required to step back from Royal duties, including official military appointments. They will no longer receive public funds for Royal duties.”

The palace went on to address some of the stipulations of the change.

Sharing an outtake from filming last week for @Queens_CommonWealth_Trust (QCT) as The Duke and Duchess of Sussex met with young leaders in their roles as President and Vice President. Visit our stories to see the QCT highlights from the discussion with these inspiring individuals and find out more about the amazing work they do at @Queens_Commonwealth_Trust • Photo The Duke and Duchess of Sussex / Chris Allerton / Crossfire for QCT

“Effective March 31, 2020, no other Royal communications representatives act on behalf of The Duke and Duchess of Sussex, including Palace spokespeople, Household representatives nor Royal sources,” a spokesperson said in a memo obtained by Town & Country.

Instead, their communications will be overseen by US agency Sunshine Sachs and UK-based James Holt until the Sussexes find a new team.

But the palace did recognize that this change is happening during a very critical time in the world.

Tonight, The Duke and Duchess of Sussex attended the annual Mountbatten Festival of Music at the Royal Albert Hall — marking the 75th anniversary of the end of the Second World War and the 80th anniversary of the formation of Britain’s Commandos. The Duke, who is Captain General @RoyalMarines joined veterans, serving members, world-class musicians, composers and conductors of the Massed Bands of Her Majesty’s Royal Marines to help raise funds on behalf of the @RoyalMarines Charity. #MFM2020 Photo © The Duke and Duchess of Sussex / Chris Allerton

“The Duke and Duchess of Sussex would prefer that in the immediate weeks and months, the focus remains on the global response to COVID-19. However, we recognise there are outstanding questions relating to their future beyond their Household transition deadline,” the memo continued.

Though the royals are still going through with megxit, they want to continue working on the commitments that were previously made.

“The Duke and Duchess of Sussex will spend the next few months focusing on their family and continuing to do what they can, safely and privately, to support and work with their pre-existing charitable commitments while developing their future non-profit organisation.”