Former prime minister Scott Morrison will face a test in parliament over his secret appointments to five federal ministries, setting up a potential vote and months of argument over changes to conventions and the law to prevent a future leader repeating his conduct.

A censure motion against Morrison is being considered as MPs push for a parliamentary inquiry into his actions in 2020 and 2021, which were revealed this week and criticised by his Liberal predecessor John Howard. 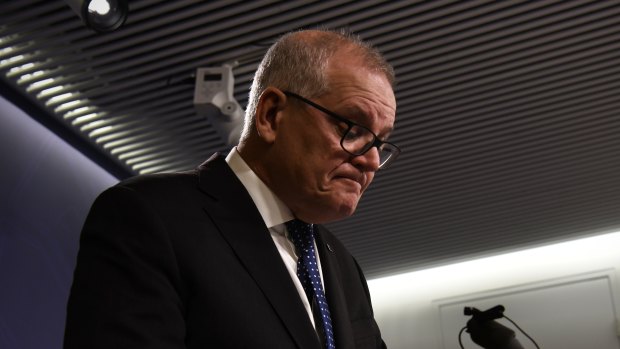 A censure motion against former prime minister Scott Morrison is being considered.Credit:Dean Sewell

Greens leader Adam Bandt made the opening move toward a censure motion on Thursday by writing to the Speaker of the House of Representatives, Milton Dick, to ask that he refer the former prime minister’s actions to the House privileges committee so it could investigate what occurred.

Bandt said the decision by Morrison to keep the appointments secret meant he could have engaged in contempt of parliament.

“You can’t question a minister on matters in their portfolio if you don’t know who the minister is,” he said.

“Scott Morrison has potentially misled parliament and I want him held accountable.”

Labor MPs have privately agreed with this assessment and some Liberals have accepted the potential danger for the former prime minister on this question because prime ministers and opposition leaders usually tell parliament when people have been appointed to ministries.

One of the arguments for the privileges committee will be whether Morrison should be sanctioned for not telling parliament about the appointments when that information was essential to deciding who should be asked questions in question time.

The last Australian politician to be formally censured was conservative Queensland senator Fraser Anning in 2019, condemned in the Senate after he linked the Christchurch mosque massacre to immigration.

Morrison defended his actions this week by saying he had to move quickly during the pandemic to save lives even when this meant assuming ministerial authority in portfolios including health, finance, treasury, resources and home affairs.

“I believed it was necessary to have authority, to have what were effectively emergency powers to exercise in extreme situations that would be unforeseen, that would enable me to act in the national interests,” he said on Wednesday.

“And that is what I did in a crisis. I’d rather have this discussion about what I did do rather than what I didn’t do to ensure that I was exercising those responsibilities.”

With some Labor MPs questioning the decision by Governor-General David Hurley to make the appointments, Howard defended Hurley but criticised Morrison. 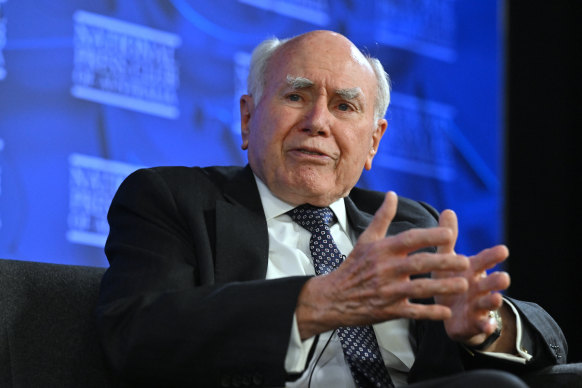 John Howard said he didn’t think there was any need for Scott Morrison to appoint himself to extra ministries.Credit:AAP

“I don’t think he should have done that,” Howard said of Morrison’s portfolio appointments when asked at the National Press Club on Thursday.

“I don’t think there was any need to do it and I wouldn’t have. But I do think that this attempt … to sort of implicate the governor-general is a bit rough.”

Asked about Hurley’s statement through a spokesman on Wednesday that he had no reason to believe the appointments would not be communicated, Howard said “I don’t blame him” for making that point.

Now that the matter has been referred to Dick, the Speaker must examine the issue and decide if there has been a potential breach of privilege.

Bandt will be given a chance to address the issue in the chamber and, days after that, if the Speaker decides, a vote will be held on whether to refer the matter to the committee.

Following the revelations of Morrison’s secret ministerial portfolios, there is growing discussion within the NSW division of the party about who will eventually replace the former prime minister in his safe seat of Cook.

Speakman previously stood against Morrison for preselection in Cook in 2007 and his state seat of Cronulla is within the federal seat’s boundaries, while Baird’s father Bruce held the seat from 1998 to 2007.

While home affairs minister Karen Andrews is the only Liberal to call for Morrison to resign from parliament, many of his colleagues say privately they, too, want him to leave the parliament so the party can move on.

Morrison apologised to Andrews on Thursday after Opposition Leader Peter Dutton earlier said he should do so, following his apology to former treasurer Josh Frydenberg during his Wednesday press conference.

Dutton said public debate should return to issues that mattered, such as the cost of living, after Morrison had responded to the debate over his actions.

“It was the wrong thing to do, and I can understand why many of my colleagues are upset and aggrieved and why people are angry about that, and, as I say, he’s apologised for it,” Dutton said.

Prime Minister Anthony Albanese said the former leader had apologised to colleagues but should also apologise to the Australian people.

Finally! A Stylish Strapless Jumpsuit That Works for Day and Night