The back and forth between Charlie Sheen and Denise Richards appears to be far from over. After a judge approved his request to stop paying his ex-wife child support, a source claims to Us Weekly that the actor hasn’t paid the actress in four years.

Charlie Sheen and Denise Richards’ Ups and Downs Through the Years

Sheen, 56, and Richards, 50, share daughters Sami, 17, and Lola, 16. After filing to change their child support arrangement in December 2019, Judge Alexander Giza ordered on Monday, October 4, that the Real Housewives of Beverly Hills alum will receive “zero” child support from Sheen and it would be reflected retroactively to April 1, 2021, when he claims their two daughters started living with him. Richards, for her part, wasn’t at the hearing.

“She wasn’t there because she is working out of state which Charlie was well aware of and Denise was never served this court date. He did this on purpose,” the source claims. “He filed two years ago and he kept pushing the court date. Denise kept asking when the date was and he blew her off. He pushed it off because he didn’t want records of the child support he was paying [his ex-wife] Brooke [Mueller] to impact the case after he agreed to pay them both the same amount of child support.”

Inside Denise Richards and Charlie Sheen’s Relationships With Teen Daughters

Sheen’s appearance in court comes one month after Sami alleged in a viral TikTok that she was “trapped” in an “abusive” home during 2020. “Sometime in spring, in early April, Ms. Richards had a falling out with her daughters and asked Mr. Sheen to take custody,” his attorney, Gregory Pedrick, told the judge at the Monday hearing. “That has been the reality since April of this year.”

While sources have confirmed that Sami moved in with the Two and a Half
Men alum, the first insider claims that Lola “goes back and forth” between her mom and dad’s houses. 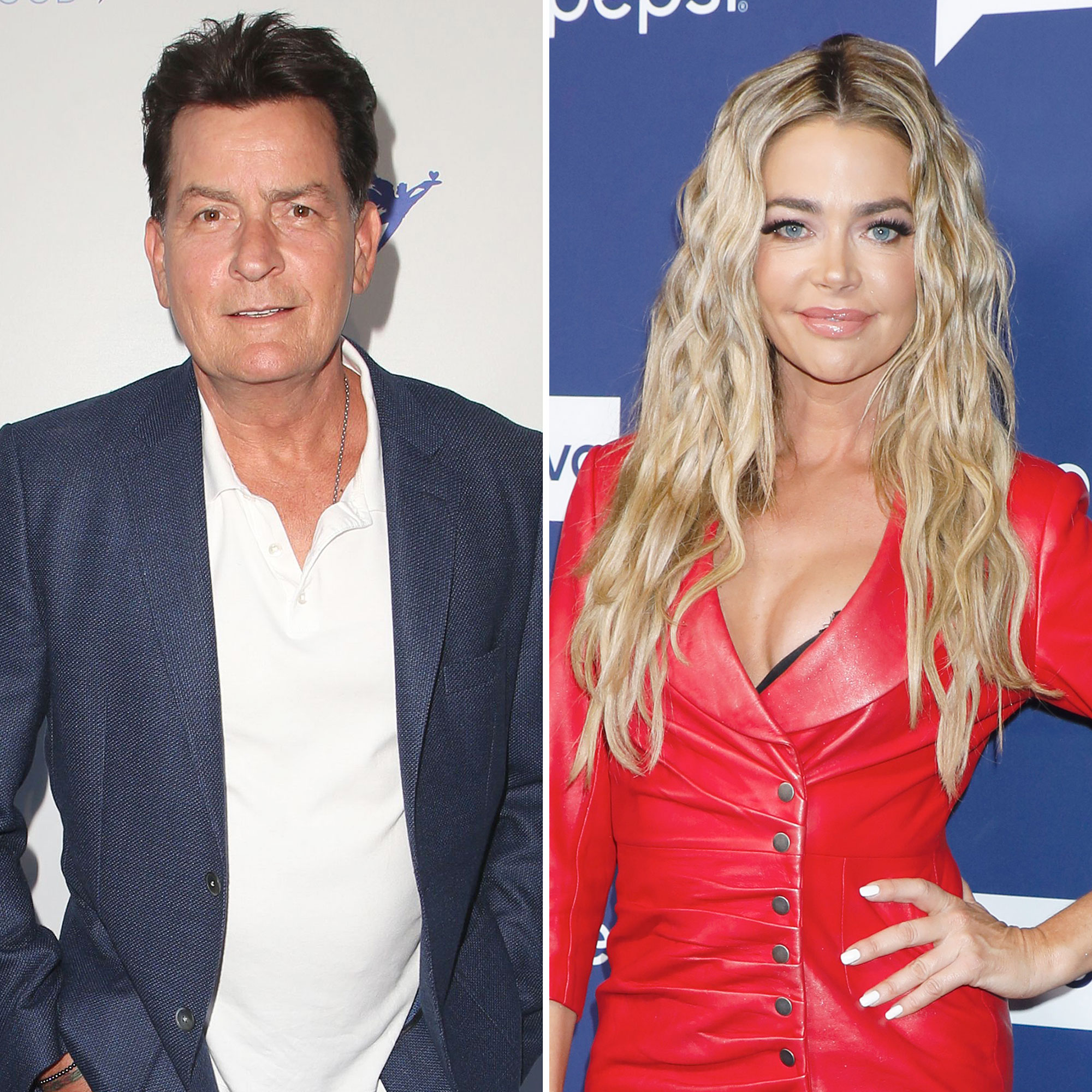 “He hasn’t paid Denise in at least four years. No child support. He owes her. Also Lola lives with Denise. When she is filming she is with her dad and sister,” the source says. “She didn’t have a falling out with her daughters and she cares about them deeply. But Charlie condones behavior that he shouldn’t and sets no rules. Lola doesn’t live there permanently. Sami prefers no rules.”

During Monday’s hearing, Sheen’s lawyer claimed that his client was overpaying monthly in child support and told the judge that Sheen set up a $1.2 million trust for Sami and Lola.

Charlie Sheen Through the Years

The Anger Management actor celebrated his win while leaving the courthouse on Monday, exclusively telling Us Weekly: “I think what transpired today is extremely fair. It speaks to not just today, but it speaks historically to that same fairness.”

He previously told Us through his rep, Jeff Ballard, that things were going well with Sami in his care.

“Sam’s amazing. I love her and all my children unconditionally,” Sheen said through Ballard last month, confirming that the teen dropped out of high school. “We’re having a ball. GED here we come!”

Richards has yet to publicly comment on the family drama. A second source told Us on September 14 that it would be “better” for Sami “if Denise and Charlie were coparenting her during this time.”

“Denise wants her daughters to have boundaries, not be out all hours of the night, and she has no desire to be their friend at this time of their life,” the second source said. “The time will come later as the girls grow older for Denise to be their friend. Charlie is the good time dad, and well, rules and curfew aren’t really set in stone. And that is why Sami went to live with her dad.”

Richards and Sheen split in 2005 when she was pregnant with Lola and finalized their divorce in 2006.