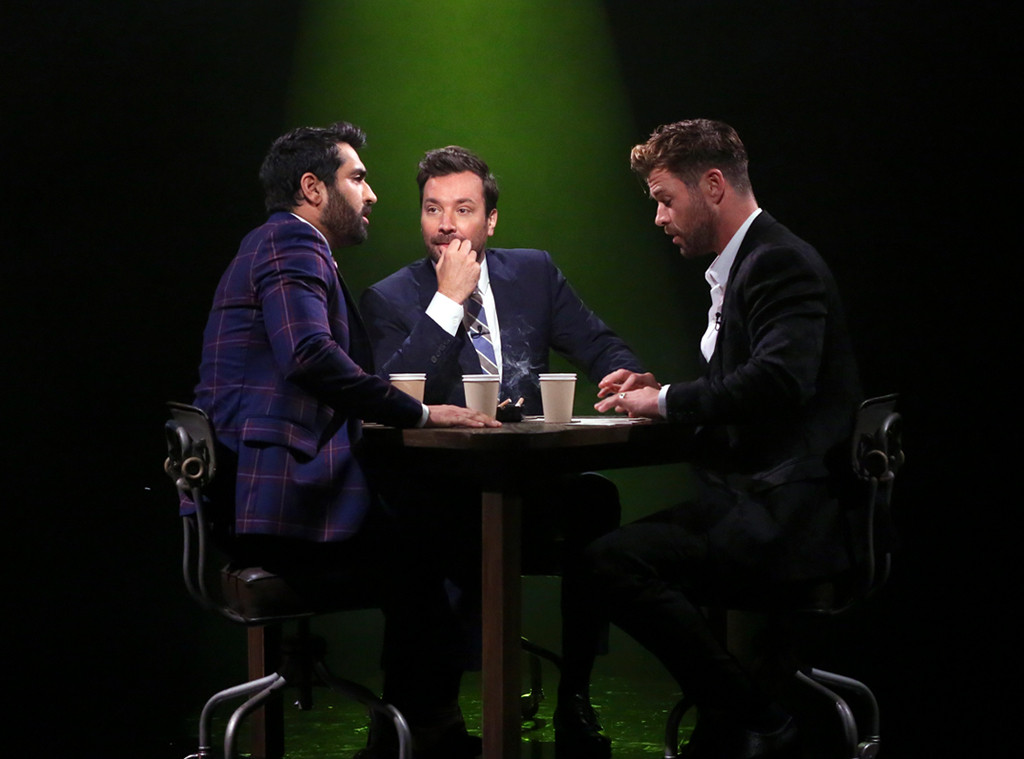 Before he was wielding a hammer as Marvel Universe’s Thor, Chris Hemsworth was, uh, hands deep in breast milk.

Allow us to explain. During an appearance on The Tonight Show Starring Jimmy Fallon last night, the Aussie hunk played a game of “True Confessions” with host Jimmy Fallon and comedian Kumail Nanjiani. The rules were simple: Pick an envelope, read the revelation inside and allow the two remaining players to interrogate you and guess if it’s true or false. Easy, right?

Hemsworth stepped up to go first. “My first job was cleaning out breast pumps,” he admitted, which was followed by a length⁠y pause from his competitors because…what?

Asked by Nanjiani how old he was, the Men In Black: International actor replied, “I was 14 at the time.”

“It was repairing them as well, occasionally,” Hemsworth, 35, continued. “Any pump, you know, there’s a motor with a belt, like a rubber belt for the suction.”

Stunned, Fallon chimed in, “Was this for human breasts or animal breasts?”

According to Hemsworth, pharmacies would rent out the breast pump machines. “They’d come back covered in dry milk,” he explained. “I’d clean the dry milk.”

Though Nanjiani originally believed Hemsworth was telling the truth—”I think it’s real,” he said. “If it’s not, he’s a psychopath.”—he sided with Fallon, who said the story to be a lie.

Well, as it turns out, you can’t make this stuff up. Equipped with a toothbrush, spray and wipes, teenage Hemsworth really did clean up dried milk.

And now, two questions remain, according Nanjiani: “Do the women who used these breast pumps now know that Chris Hemsworth once cleaned out their breast pumps? Can you buy them on eBay?”

While we put a bid in on the site, you should watch the full video above. It’s a guaranteed good time.