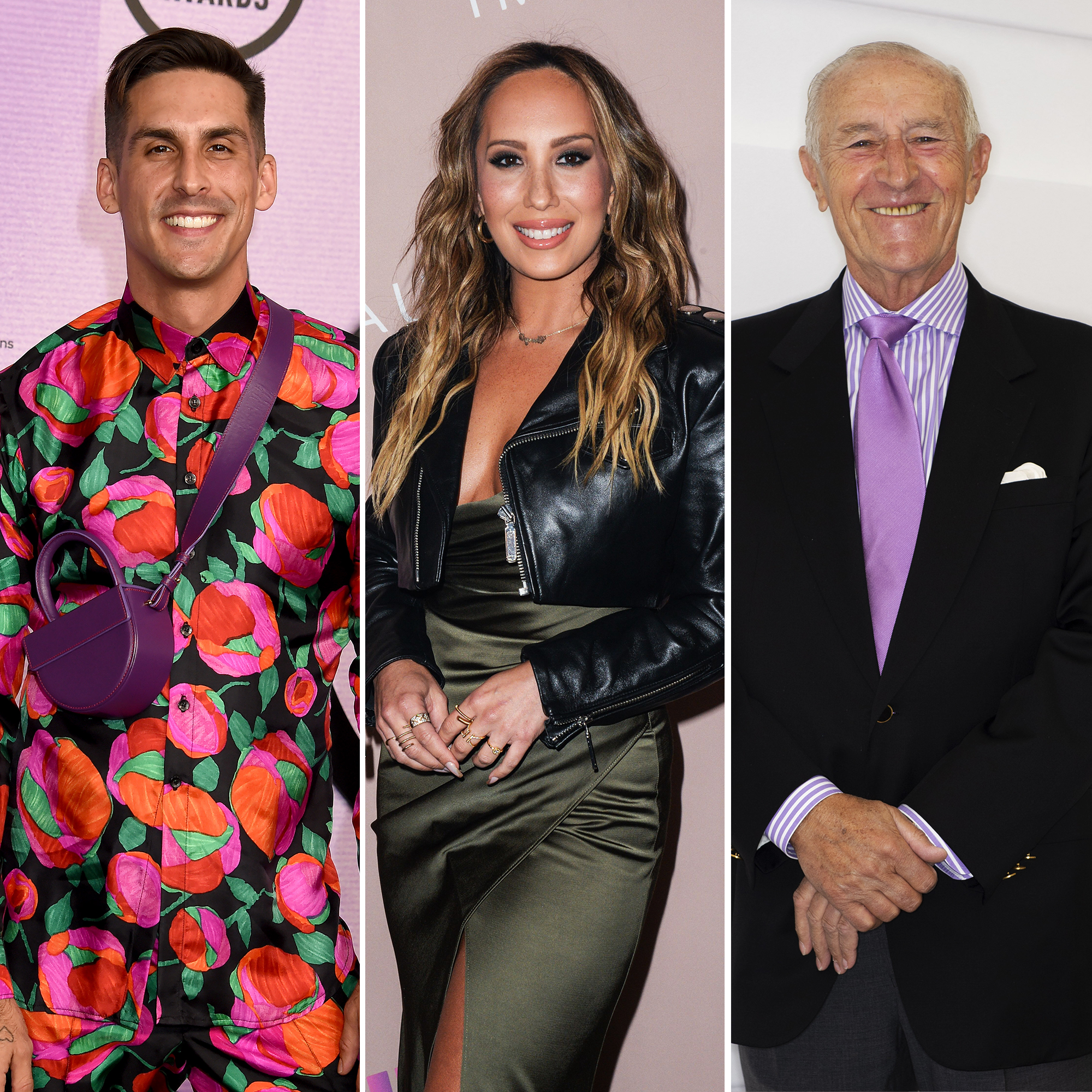 A new role. Cody Rigsby wants his former Dancing With the Stars partner Cheryl Burke to replace Len Goodman as a judge following her decision to step down as a pro.

Every ‘Dancing With the Stars’ Pro Who Has Left and Why

“It’s been 26 seasons and she’s given us a lifetime of incredible performances, so I’m excited to see her take her final bow on Monday night,” the Peloton instructor, 35, told Us Weekly exclusively on the American Music Awards red carpet on Sunday, November 20. “And I think it’s actually serendipitous because Len is leaving the judges’ panel. So why don’t we get another female powerhouse on the judges’ panel with Ms. Cheryl Burke?”

Joking that he would be her “campaign manager” to help her land the role, Rigsby continued: “I’m running the campaign right now, Cheryl Burke 2023.”

Earlier that day, the ballroom dancer, 38, announced that she was retiring from DWTS after season 31, with her final episode as a pro airing on Monday, November 21. “This has been one of the absolute hardest decisions of my life & I am also confident that it is the right one,” Burke wrote via Instagram on Sunday. “This show has been my 2nd family since I was 21 years old. The cast, crew & fans have seen me through my highest highs & some of my lowest lows, & I honestly don’t know who I would be today without them.”

The Dance Moms alum added that she was excited to see what the next chapter of her life holds, teasing that she has “a few things up my sleeve” that she hasn’t shared yet. “I am excited about the idea of evolving, about being challenged in new ways, having the ability to expand my commitment to mental health advocacy, focusing on my newfound love for podcasting, & I’m ready to face the uncertainty,” she wrote.

Though Burke admitted that the change was “scary as s—t,” Rigsby told Us that his friend was in a “great place” ahead of her retirement. “She’s had a hard year, but you know what, like, I think she looks even better than when I got to dance with her,” the fitness instructor gushed. “I remember seeing the first episode or the promos coming out. I’m like, ‘Cheryl, you look amazing. You look so much happier. You look like there’s a weight off of your shoulder.’”

He continued: “You could just see that in her performance and her just the way she looks. So, I think she’s in a great place.”

Burke’s retirement comes nine months after she filed for divorce from husband Matthew Lawrence after nearly three years of marriage. Us confirmed that they finalized their divorce in September.

“What I yearned for in my marriage … is two people saying, ‘I’m not perfect, but we both want the same thing — which is let’s work this out together and we will do what we need to do to hold ourselves accountable and stop blaming,’” the California native said during an appearance on Red Table Talk earlier this month. “Because there is no good that comes from it. But there’s hope.”

In October, Burke reflected on her future while opening up about her sobriety journey in an essay for Us. “I think the biggest reason I drank the way that I did for all those years was to numb, and numbing can sound really appealing when you are going through any sort of hardship,” she wrote at the time. “I was living in fear of actually feeling anything. So, these past four years have been filled with a lot of heartache, a lot of soul searching, a lot of coming to terms with my past and the way things have ended up in my present.”

Everything Cheryl Burke Has Said About Her Sobriety Journey: ‘I’m Walking on a Really Tight Rope’

She continued: “I’m at a point in my life right now where I don’t know exactly what my future holds. I’m going through a transition not just personally, but also in my career, which has left me living in uncertainty for the first time in over a decade. I’m trying to be OK with it instead of living in fear of the unknown.”

Following the season 31 finale, the Dancing With the Stars judging panel will consist of Carrie Ann Inaba and Bruno Tonioli — who have been judges since the show’s 2005 premiere — and Derek Hough. Goodman, 78, announced earlier this month that he was leaving the reality competition in order to spend more time with his loved ones. “I cannot thank you enough, the Dancing With the Stars family, it’s been such a wonderful experience for me and I’m looking forward so much to next week’s finale,” he said during the November 14 episode.

Dancing With the Stars airs on Disney+ Mondays at 8 p.m. EST.

With reporting by Hannah Kahn

Emmys Trivia: Snubs May Be Good Publicity Now — and Other Unusual Facts From 2022’s Nominations