David and Victoria Beckham have paid gushing tribute to each other on their 21st wedding anniversary with a selection of previously unseen snaps.

Both stars took to social media this morning to share an intimate video montage of their relationship history.

The pair thanked one another for their four children and happy lives, with 46-year-old Victoria adding: “I love you more each day.”

She captioned her touching post: “Happy Anniversary @davidbeckham ❤️❤️❤️ I can’t believe it has been 21 years since we said ‘I do.’

“Four children, four dogs, so much laughter and I love you more each day. xxxxxx.”

Meanwhile, 45-year-old David reflected on the first time he laid eyes on Victoria as her Posh Spice alter ego in the Spice Girls.

Revealing he was with fellow footballer Gary Neville at the time, David wrote: “Well about 23 years ago I was sat in a room with Gary Neville and the Spice Girls were on the TV and I turned around to him and said ‘ohhhh I like that one in the little black catsuit’ 😄

“Who would have thought that all these years later we are celebrating 21 years of marriage and have 4 of the most beautiful and perfect kids.. 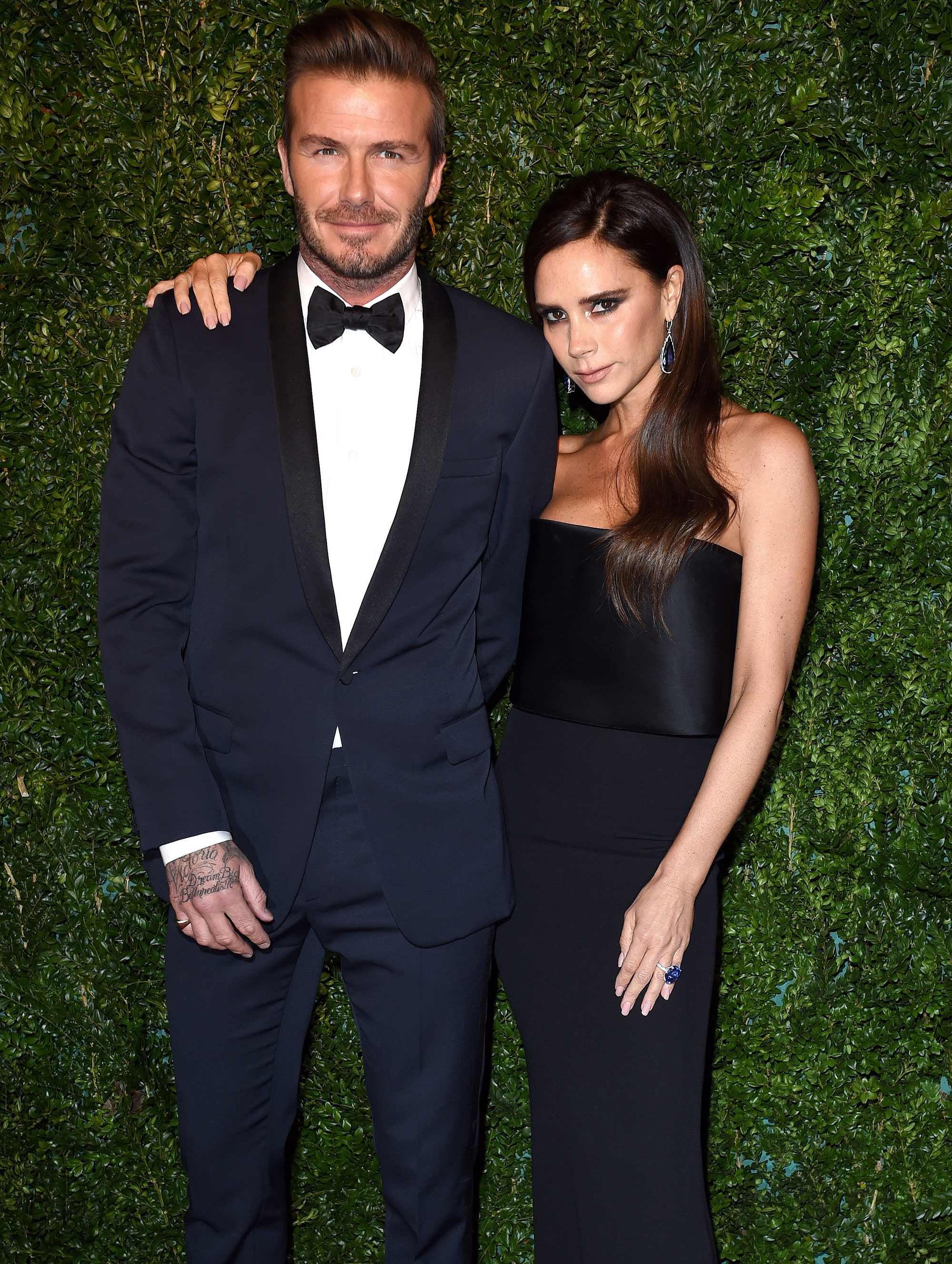 “Thank you & Happy Anniversary I Love You ♥️ @victoriabeckham.”

He paid tribute to the moment he first fancied her by setting his video montage to the Spice Girls hit “Say You’ll Be There” — including footage of said music video of Victoria in the catsuit.

Other footage included unseen clips of Victoria with their children, and sweet photos — including a black and white snap of them cuddling on a sofa, and them looking fresh-faced while sipping a cocktail together.

Victoria’s post was set to the music of family friend Sir Elton John’s “Something About The Way You Look Tonight.”

Together, David and Victoria are mum and dad to 21-year-old Brooklyn, 17-year-old Romeo, 15-year-old Cruz, and eight-year-old Harper.

Romeo was the first to wish them a happy anniversary today, posting a photo of his parents enjoying dinner together with the caption: “Happy anniversary ♥️ I hope you have a lovely day xxxx love u @victoriabeckham @davidbeckham.”

Meanwhile, Brooklyn was able to finally return home from America after three months “stranded” away from his family due to lockdown.

The oldest Beckham child flew home to the family’s Cotswolds mansion earlier this week, with Victoria previously pining for her son as he stayed with girlfriend Nicola Peltz in the US.