Home » Lifestyle » DAVID BLUNKETT: Police must not treat the British people as fools

Police must not treat the British people as fools: Former Home Secretary DAVID BLUNKETT says if we are to ensure that people remain indoors without the freedom to visit loved ones, they have to be won over

Over 45 years ago, as a young councillor and college lecturer, I was surprised to find a police superintendent on my doorstep.

I was even more surprised, with my guide dog Ruby by my side, when the officer accused me of driving a Mini through a Sheffield suburb.

When I gently pulled his leg about the absurdity of this accusation, he declared that he didn’t find it very funny. It certainly wasn’t for me either. So I pointed out to him what day it was . . . April 1st. ‘What is the significance of that?’ he retorted.

It transpired that one of my students had filed a false report for a joke that nearly went very badly wrong. A single incident like this is amusing. When overzealous investigations start happening right across the country, it is cause for alarm. 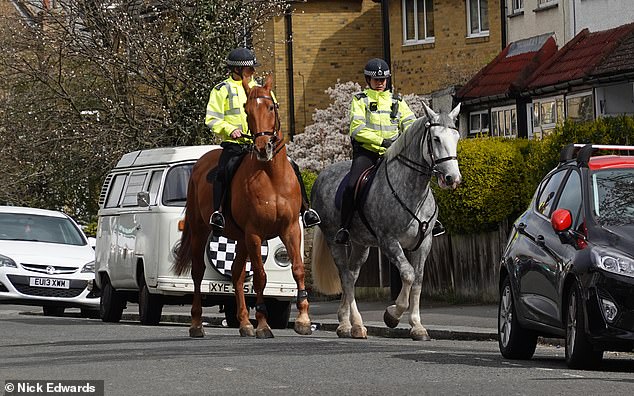 In recent days, I have read with growing concern of officious, heavy-handed policing that, petty as it is, threatens to have a profound effect on this country’s long-standing liberties. Pictured: File photo of officers on horseback in Lewisham, south east London, on Tuesday

In recent days, I have read with growing concern of officious, heavy-handed policing that, petty as it is, threatens to have a profound effect on this country’s long-standing liberties.

This must never become a nation where people risk arrest for walking their dogs, visiting beauty spots or making impulse buys.

Yet within a few days of the lockdown introduced by the Government last week, and the emergency powers that were granted to police, abuses were being reported by TV and newspapers.

Derbyshire police sent drones up to spy on walkers in the Peak District, and were accused of dumping dye in a lake to deter visitors. 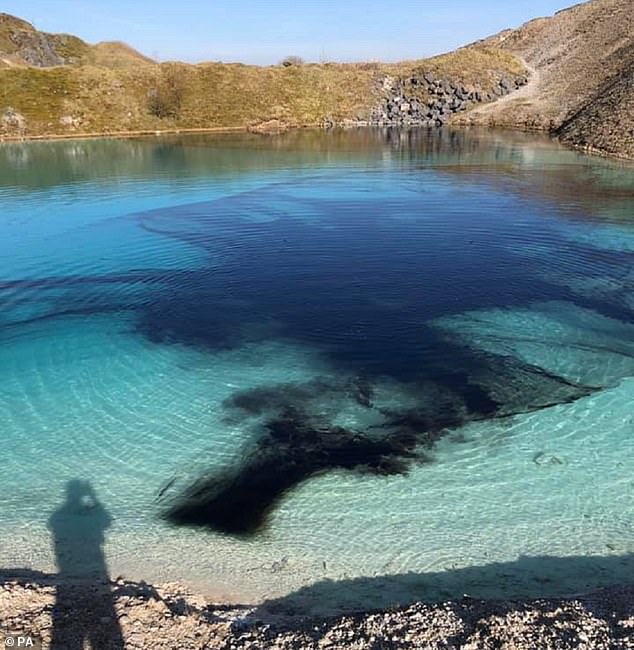 Derbyshire police sent drones up to spy on walkers in the Peak District, and were accused of dumping dye in a lake to deter visitors (pictured)

A bakery manager in Edgware, North London, was threatened with an £80 fine for spraying chalk lines onto the pavement, to help her customers maintain a safe distance while queuing. Did that officer ever take such a view on the graffiti that defaces so many walls in London and other cities?

I am far from alone in feeling worried by a sudden crackdown on inconsequential offences.

There’s an old maxim: give people a bit of power and they will inevitably abuse it. It’s a cynical attitude and one that I’m glad to say is often disproved, but there’s a kernel of truth there.

Warning voices have already been sounded. A former Supreme Court judge, Jonathan Sumption, who retired in 2018, spoke eloquently on The World At One on Monday, expressing his fears that Britain could slide into becoming a ‘police state’ if it gave way to ‘collective hysteria’. 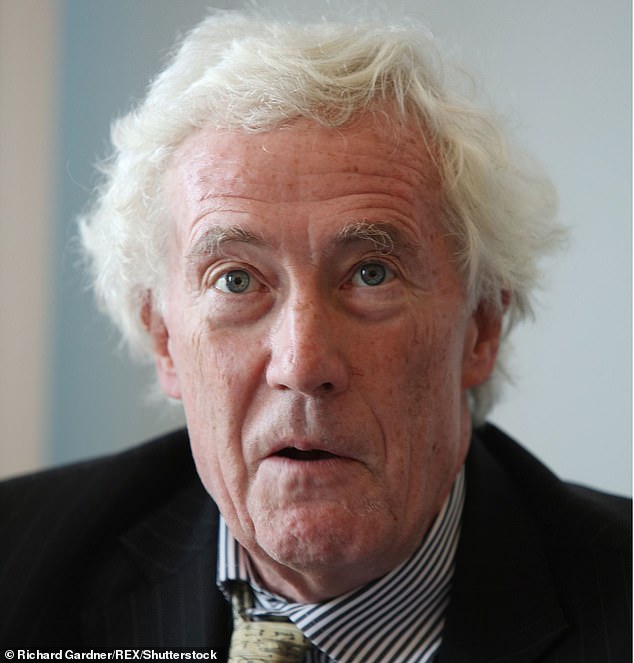 Warning voices have already been sounded. A former Supreme Court judge, Jonathan Sumption (pictured), who retired in 2018, spoke eloquently on The World At One on Monday, expressing his fears that Britain could slide into becoming a ‘police state’

When a Supreme Court judge and, dare I say, a former Home Secretary (once regarded as a hardliner) find that they share the same deep-seated concerns about Britain’s liberties, it is time to take notice.

Both Lord Sumption and I share a fundamental belief that policing should be by consent. We have a citizen’s police force, not a paramilitary one. Our justice system works on the principle of a social contract: we agree to abide by the law and the police keep us to it.

Other countries, such as those in Europe with a history of fascist or communist dictatorship, have a different tradition of policing. There, it is imposed from the top down. That is not the British way, and nobody should wish to see it imposed on us, even temporarily.

Before sittings were suspended in the House of Lords, I argued passionately during the debate on the Emergency Powers Bill for proportionality and balance. Unusually, I was advocating a lighter approach than many of my colleagues, particularly those who are Liberal Democrats.

My reasoning is simple: if we are to ensure that people do something that they don’t want to do, and remain indoors without the freedom to visit loved ones, they have to be won over.

The alternative, that they are made to comply through fear and force, is unthinkable. I’m pleased to say in my own area, the South Yorkshire police have applied a light touch. This, I believe, is a result of lessons learned after the miners’ strike in the early Eighties, when heavy-handed policing did serious damage to public trust that took decades to repair. South Yorkshire police seem determined not to repeat those mistakes.

Contrast that with the neighbouring authority of Derbyshire, which has used aerial shots of walkers in the Peaks to shame people into staying indoors. This is entirely the wrong approach.

Big Brother should not be watching us while we take the dog out,

not least because it is a misuse of valuable police resources. Forces were already depleted by cuts before the current crisis began: in some parts of the country, up to 25 per cent of officers are now self-isolating with coronavirus symptoms. With

police numbers so low, it is folly to harass the public for perceived breaches of social distancing. People need to be persuaded with reason, not treated as criminals.

I applaud Met Commissioner Cressida Dick, who said: ‘We are all getting used to the new restrictions and I’ve been very clear that in the first instance I want my officers to be engaging with people, talking to people, encouraging them to comply — explaining, of course if they don’t understand and only as a very last resort with the current restrictions, using firm direction or even enforcement.’

Real crime has not stopped during the lockdown. On the contrary, scammers and fraudsters are more active than ever, targeting the elderly and vulnerable.

Police must not use their emergency powers for the sake of it. Jack Grealish, an over-privileged Premier League footballer with Aston Villa, broke lockdown regulations this week to go partying at a friend’s house.

His club have quite rightly fined him for his stupidity in putting lives at risk from the spread of Covid-19 and he has apologised for his behaviour. He should be deeply ashamed, not least because hours earlier he had been preaching on social media about the importance of staying at home.

When the crisis is over, we will need police to apply their new zeal to crimes that are too often ignored these days. It’s ludicrous that shoppers can be fearful of buying Easter Eggs when the sale of hard drugs goes largely unchecked in our cities’ parks.

Today is April Fool’s Day. But the British people are not fools and should never be treated that way. We must be trusted to keep our side of the bargain. It is imperative the police must not overstep theirs.

Meet the New Royals! The Crown Gives a Glimpse of Season 3 With These Images