11 celebrity moments in 2021 that are the definition of cringe

Demi Lovato is ‘sober sober’ again after being ‘California sober’

Demi Lovato is ready for a “fresh start.”

The singer unveiled a shaved new ‘do via Instagram over the weekend, in a video filmed over FaceTime by Angelo Kritikos.

The Disney Channel alum shared additional pics of the edgy makeover on their Instagram Stories, smiling and pursing their lips in the stylish selfies.

“OMG, NEW ERA???” one fan asked in the comments section, with another adding, “If anyone can pull off shaved hair it’s you Demi stunning queen😍.”

Meanwhile, Demi’s older sister, Dallas Lovato, shared a video of the two reuniting for Christmas on TikTok, along with their younger sis, Madison De La Garza.

“When you get exactly what you wished for on Christmas… your sister,” Dallas, 33, wrote over the video, adding a red heart emoji.

“I tricked you, I’m sorry,” Demi said as she hugged a teary-eyed Madison, 19. 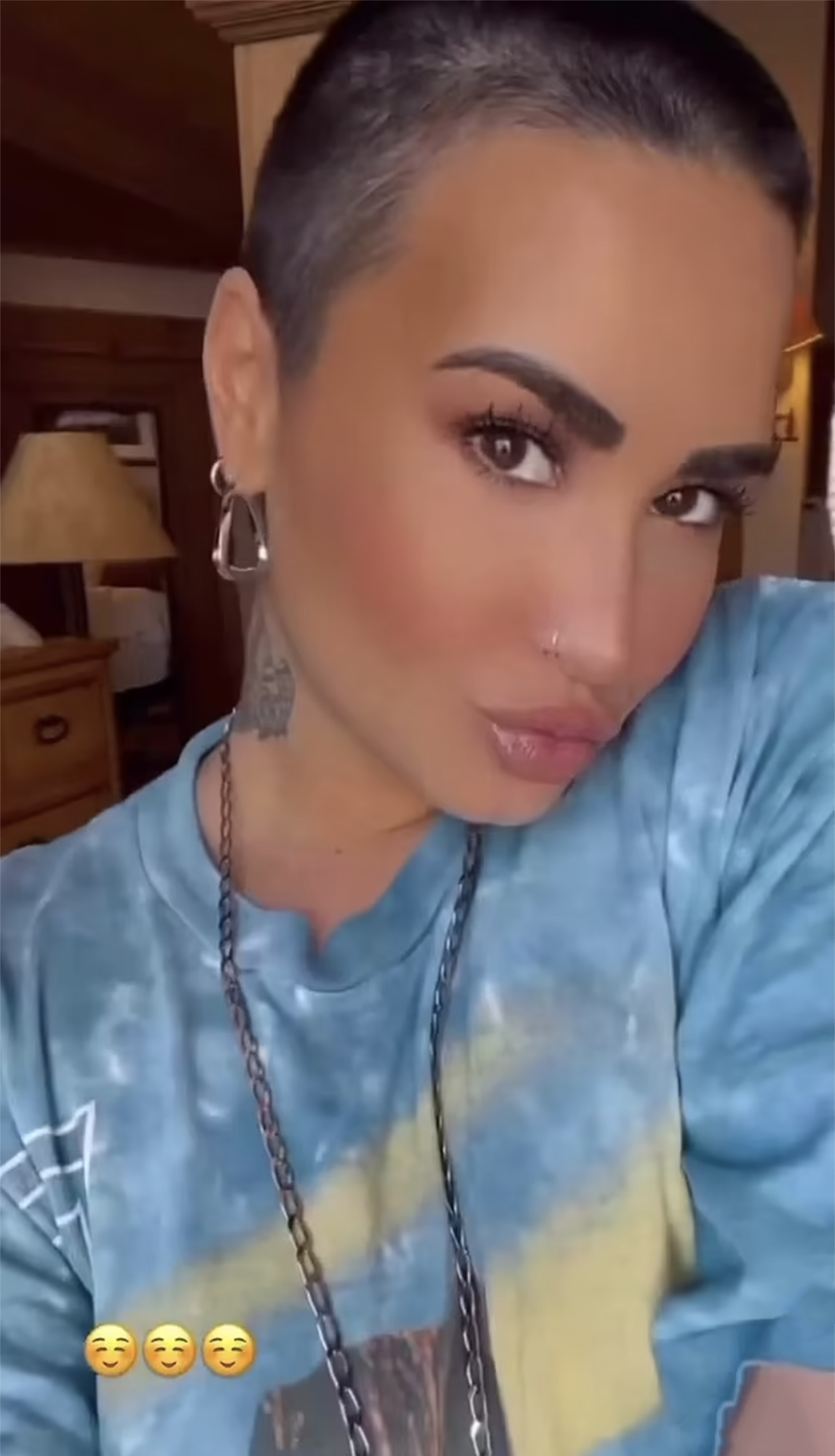 It’s unclear where Demi was coming from, or where they were planning to spend the holidays this season. A rep did not immediately return Page Six’s request for comment.

Demi’s “#freshstart” comes just weeks after they announced they were no longer “California sober” – choosing to now cut out marijuana and alcohol entirely in an attempt to live a “sober sober” life.

“I no longer support my ‘California sober’ ways,” the “Skyscraper” singer, who came out as non-binary in May, shared via Instagram Stories at the time. “Sober sober is the only way to be.”

Demi, who suffered a near-fatal overdose in July 2018, first spoke about being “California sober” in a March 2021 interview with Tracy Smith on “CBS Sunday Morning.”

“So, you’re doing what they call moderation, I guess, right? So, you’re drinking, smoking a little bit of weed, is that fair to say?” Smith asked, to which the singer replied, “Yeah. I think the term that I best identify with is ‘California sober.’”