Climate Change and Energy Minister Chris Bowen has met with Chinese Climate Envoy Xie Zhenhua at the COP27 climate talks in Egypt as contentious finance negotiations dragged on into Thursday night, with no end in sight.

At the heart of the debate is how much richer countries should pay to help poorer countries, including rapidly advancing China, which can be seen as both a “developing” poorer country and a “developed” wealthier nation. 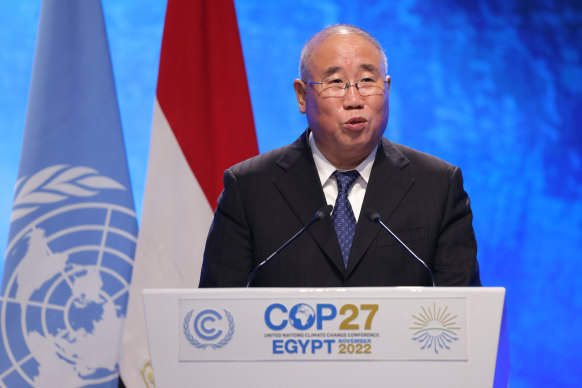 “While it was only the first meeting, we have agreed to continue dialogue, and are open to pursuing collaboration where it suits both our countries’ interests,” said Bowen after the meeting.

“While we may have some differences, every relationship is made better through dialogue. And it’s a good thing we were able to kick that off on climate at COP27.” 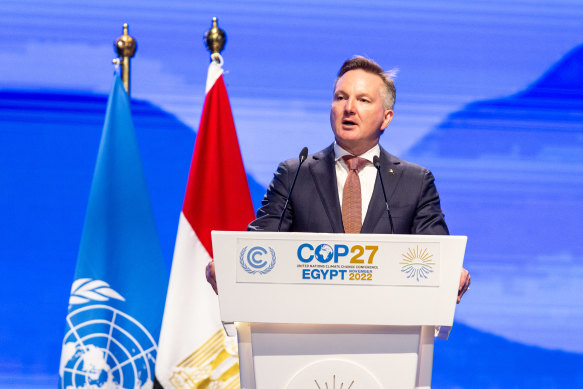 Leaders at the G20 summit in Bali had issued a declaration agreeing to pursue efforts to hold global warming to 1.5 degrees in an apparent bid to energise UN climate talks in Egypt, where ministers have so far been unable to agree on establishing a facility for the developed world to provide so-called loss and damage finance to poorer countries.

“There is clearly a breakdown in trust between North and South, and between developed and emerging economies. This is no time for finger-pointing. The blame game is a recipe for mutually assured destruction,” António Guterres told journalists at the Sharm el-Sheikh International Conference Centre.

“The world is watching and has a simple message: stand and deliver,”

The most powerful bloc calling for the loss and damage facility is the UN grouping of 134 nations known as the G77 plus China.

Its position has slightly shifted from that of the vulnerable island nations also calling for the fund.

While G77 representatives have suggested they would be happy to see a declaration of intent to establish such a fund, some small island states insist the talks will be a failure unless more concrete steps are taken.

The United States and a handful of European nations have led opposition to the fund, fearing it would open the door to admitting culpability for climate change with potential future legal implications.

Also at issue is the question of whether or not China, which despite its increased wealth and power and its huge contribution to global emissions, is still considered a developing nation under the UN Convention on Climate Change.

The EU’s climate chief, Franz Timmermans, has opened the door to a loss and damage facility should China contribute.

“I think everybody should be brought into the system on the basis of where they are today. China is one of the biggest economies on the planet with a lot of financial strength,” said Timmermans on Wednesday. “Why should they not be made co-responsible for funding loss and damage?”

Late on Thursday night Timmermans addressed the conference saying the EU could support the creation of a fund if it was for “the most vulnerable countries” only, and if it had a “broad donor base”.

Bowen echoed Timmermans’ position at the late night session, saying Australia was attracted to a new fund “with a broad contributor base” that focussed on the most vulnerable nations.

Bowen also said the outcome of the COP should reaffirm the determination of the previous meeting in Glasgow to pursue efforts to hold warming to 1.5 degrees, a position that some countries, including China and India, had sought to water down.

The statements suggest that progress is being made in the negotiations, which are supposed to conclude by Friday in Egypt, but which some expect to extend through the weekend.

Who’s Xowie Jones? Get to Know the TikToker and Influencer