A heartbreaking open letter to tech companies from a woman, who lost her baby at 30 weeks’ gestation, has gone viral globally.

Gillian Brockell, a video editor in the opinions section at The Washington Post, wrote to tech companies asking them not to target bereaved mothers with insensitive ads.

She asked how, if tech company algorithms were smart enough to target her with maternity advertising when she was pregnant, they were not smart enough to know her baby had been stillborn.

"Dear Tech Companies: I know you knew I was pregnant. It's my fault, I just couldn't resist those Instagram hashtags – #30weekspregnant, #babybump. And, stupid me!, I even clicked once or twice on the maternity-wear ads Facebook served up," she wrote. 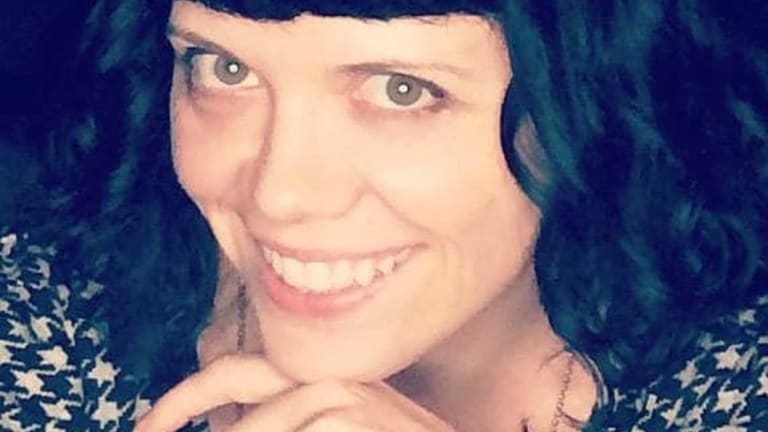 Gillian Brockell’s plea to tech companies not to target parents of stillborn babies with maternity and baby products has gone viral.Credit:Washington Post

"You surely saw my heartfelt thank you post to all the girlfriends who came to my baby shower, and the sister-in-law who flew in from Arizona for said shower tagging me in her photo. You probably saw me Googling 'holiday dress maternity plaid' and 'babysafe crib print'."

She guessed Amazon even knew her due date, January 24, 2019, since she had created a gift registry.

"But didn't you see me Googling 'Is this braxton hicks' (false contractions) and 'baby not moving'?" she asked, in a two-page letter on Twitter that had more than 26,000 likes, 11,000 retweets and 1100 comments in nine hours.

Ms Brockell announced on Twitter on December 1 that her baby, Sohan Singh Gulshan, with partner Bobby, would be stillborn and she was in the process of delivering him. 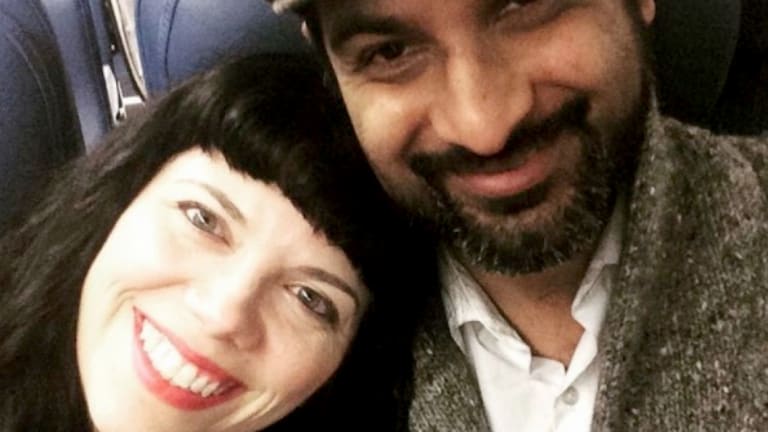 Gillian Brockell and her then fiance, as they departed on a trip to Ireland.Credit:Washington Post

In the open letter, she questioned why personal data-targeting advertising – which is subject to current inquiry in Australia by the ACCC – did not also register her absence online for three days, "unusual for a high-frequency user like me".

The ACCC proposes changes to the Privacy Act to force digital platforms to be clearer with their terms and conditions and to allow Australians to "opt-in" to targeted advertising.

She continues: "And then the announcement with keywords like 'heartbroken' and 'problem' and 'still born' and the two-hundred teardrop emoticons from my friends? Is that not something you could track?"

Ms Brockell notes there are 26,000 stillbirths in the US every year "and millions more among your worldwide users".

In Australia the the perinatal death rate is about one in every 100 pregnancies, at or beyond 20 weeks, or about 6000 babies a year.

"Let me tell you what social media is like when you finally come home from hospital with the emptiest arms in the world, after you've spent days sobbing in bed, and pick up your phone for a couple of minutes of distraction before the next wail …

"It's exactly, crushingly, the same as it was when your baby was still alive. Pea in the Pod (maternity wear). Motherhood Maternity. Latched Mama. Every goddam Etsy tchotchke (decoration) I was planning for the nursery."

Ms Brockell's post noted even when users in her situation click "I don't want to see this ad" and are asked "why" (answering with "the cruel-but-true 'It's not relevant to me'") the algorithm assumes there has been a happy, live birth and "deluges you with ads for nursing bras … tricks to get the baby to sleep through the night … and the best strollers to grow with".

"It's something we've heard a lot, and speaks to the fact that the grief of losing a baby or a child doesn't stop when that child dies and the parents come home from hospital," she said.

"It is a very upsetting thing and also speaks to why bereaved parents need ongoing support. This is one example of many things that happen to them … it's a common and painful experience."

Ms Mead, whose group provides peer support to bereaved parents, said insensitive advertising targeted to people who had lost their babies was "something I've seen people talking about".

She did not wish to comment on sweeping new privacy controls on data collection in Australia, propsed by the ACCC on Monday, but said more consideration was needed generally of the ongoing emotional pain of parents whose babies had died in utero or after birth.

Ms Brockell described "the lowest (data) tracking blow of them all" as a spam email from the credit data aggregator, Experian, "encouraging me to 'finish registering your baby' (I never 'started', but sure) to track his credit throughout the life he will never lead".

A beginner’s guide to different types of wood, and their uses