THE Delta Covid variant may mutate itself into self-extinction and has already done so in one part of the world, scientists claim.

Japan is recording an insignificant 140 cases a day despite being riddled with the Delta strain only three months ago. 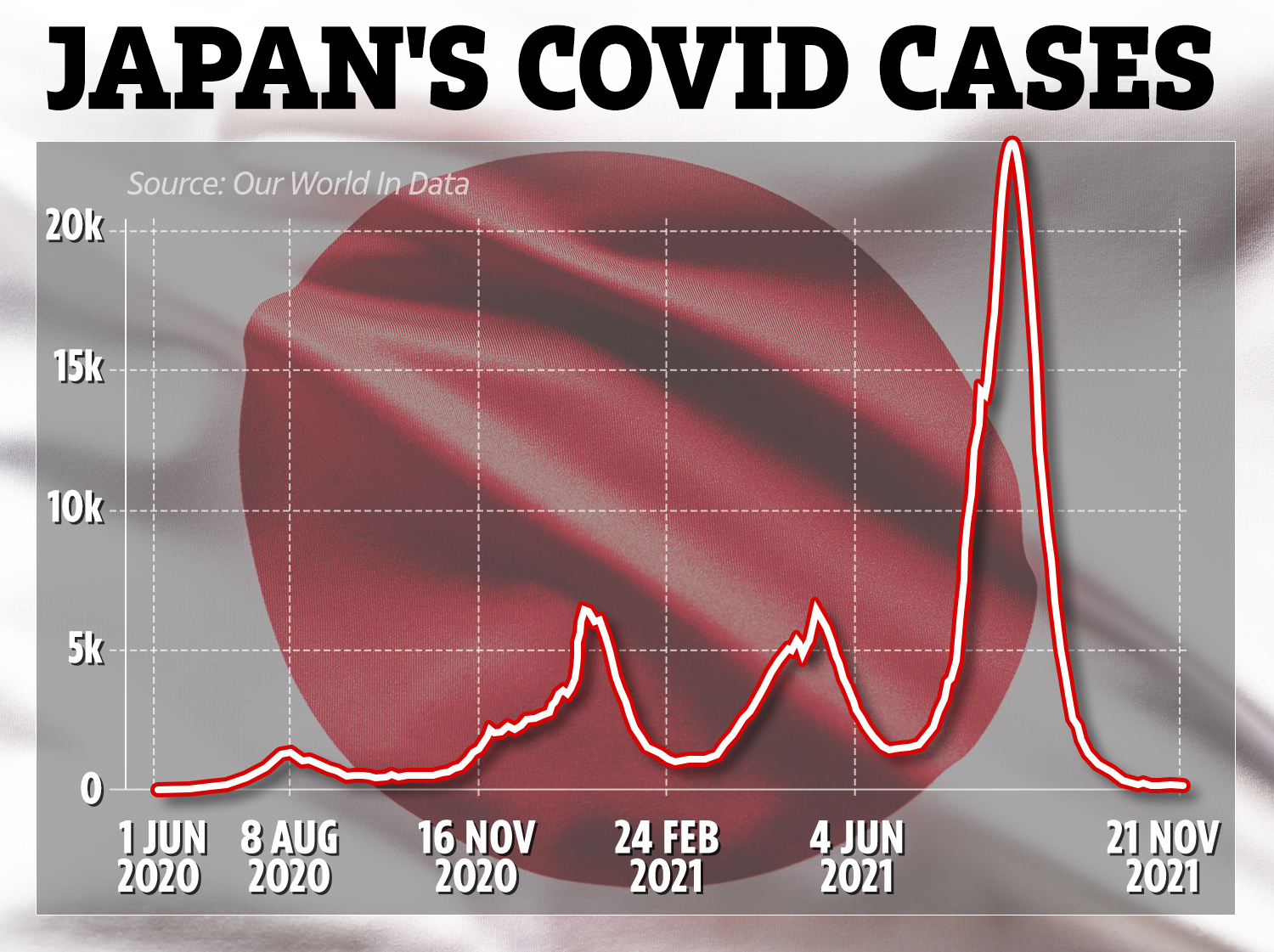 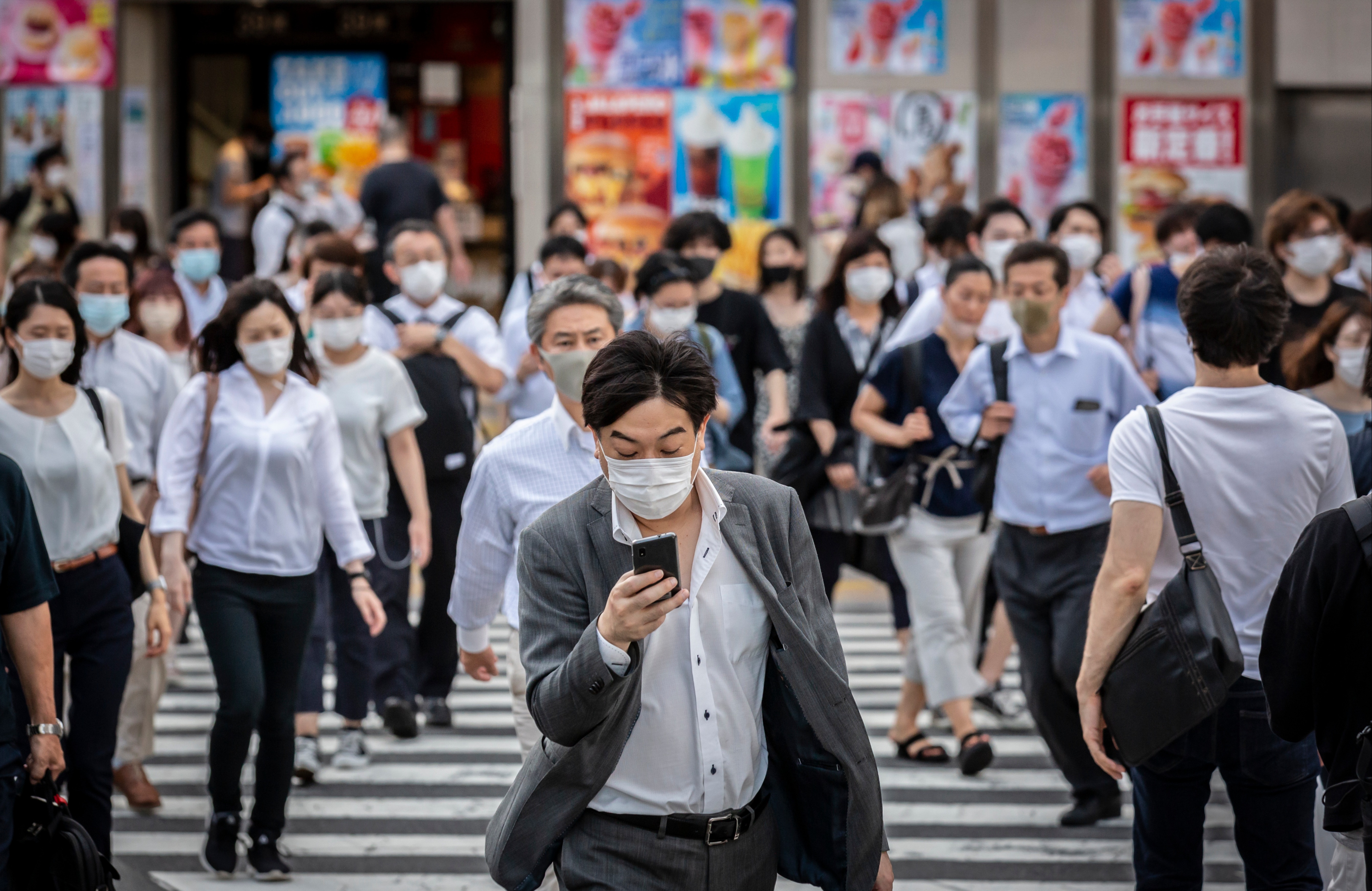 Japan endured its largest Covid wave in the late summer, with cases peaking at around 23,000 a day in August.

But the wave came to an abrupt standstill and has almost completely fizzled out, with the capital Tokyo recording just 16 new cases on Friday.

A team of genetic experts in Japan have theorised the sudden slump in coronavirus is because Delta has taken care of its demise through mutating.

As a virus replicates, its genes undergo random “copying errors” which, over time, lead to changes in the viruses’ makeup.

The mutations may make it more able to spread, dodge immunity or cause severe disease.

But on some occasions, these mutations become “evolutionary dead ends”, experts say.

Here, they found many genetic changes and then a sudden stop in the evolution process.

Ituro Inoue, a genetics professor at the institute, said the virus struggled to repair the errors and keep replicating.

It ultimately caused its own “self-destruction”, Prof Inoue told The Japan Times.

“We were literally shocked to see the findings,” Prof Inoue said.

“The Delta variant in Japan was highly transmissible and keeping other variants out.

“But as the mutations piled up, we believe it eventually became a faulty virus and it was unable to make copies of itself.

“Considering that the cases haven’t been increasing, we think that at some point during such mutations it headed straight toward its natural extinction.”

Prof Inoue said the virus would still be spreading if Delta were “alive and well”.

It is the most dominant type of coronavirus globally and is first believed to have caused chaos in India in late 2020.

Delta was already far more transmissible than the original “Wuhan” China strain of the virus from late 2019.

And other variations of Delta have been shown to cause fewer symptoms, carry immune-escaping mutations, or be even more fast-spreading.

After world-dominance, Dr Simon Clarke, Head of Division of Biomedical Sciences and Biomedical Engineering at University of Reading, explained metaphorically how Delta could die out.

He told The Sun: "The virus accumulates too many mutations and therefore stops being able to replicate.

"When you get a virus like that, it just dies out. It’s like a person that never has children, their genetic material stops, end of the road.

"That doesn’t mean that everyone else stops producing children."

Dr Clarke said this was likely what happened with SARS – another type of coronavirus that caused two epidemics in Asia in the early 2000s.

The Japan team did in fact find that when they caused mutations in the nsp14 part of the now extinct SARS virus, it could not replicate as the mutations piled up.

Dr Clarke said: “It is possible for the strain to stop evolving, but only when it stops replicating, which these Japanese scientists think has happened – a virus has evolved to stop replicating.

“You need somehow to break the chains of transmission and some mutations will make the virus unviable – they become evolutionary dead ends.

“However, that will only occur in a very small subset of cases.

"There will still be a lot of coronavirus around that is capable of infecting people and will do just that until we have sufficient immunity or we can break the chains of transmission, which is what happened with SARS because it wasn’t as good at transmission as Covid-19.”

The unexpected plummeting of case rates in Japan has been a hot topic.

Other experts say that it's vaccines, with more than 75 per cent of Japanese double-jabbed, and face masks that have managed to suppress the virus.

Dr Clarke said: “I find it incredibly difficult to believe that all Covid-19 in Japan has simultaneously and more-or-less in unison, evolved to be a dead end, that seems like a bizarre suggestion.

“It seems much more likely that partial immunity with whatever measures the Japanese have been taking in public health have driven down infection number.

“That of course does not mean that they will stay low, as we have seen right across the world.”

Prof Inoue admitted that without the Delta variant, there was nothing to keep new variants in Japan "at bay".

At the moment, the expert says it’s still too optimistic to believe the Covid virus will experience a similar decline globally, as it has in Japan.

“The chances are not zero, but that seems too optimistic for now," he said.

Major storm bearing down on Northeast

Can you guess the 30 movies in this picture?