‘Dopesick’ explores the origins of the horrific opioid crisis. Creator Danny Strong spoke EXCLUSIVELY with HL about showing the ‘tragedy of addiction’ and his hope of helping others with this riveting series.

Dopesick is one of the most important shows of the year. The series, inspired by Beth Macy’s best-selling book of the same name, explores how one family sparked the tragic opioid epidemic with one drug: OxyContin. For years, the opioid crisis has been battered with the stigma that addiction is a choice, not a disease. Dopesick creator Danny Strong hopes to change how many people view drug addiction.

“This show shows you that people become addicted not because there are ‘drug addicts’ that want to get high. In many cases, they were people taking medication for an injury that their doctor said was safe, that the FDA gave a label saying that this is less addictive than other medications,” Danny told HollywoodLife EXCLUSIVELY. “And in fact, it wasn’t. It was highly addictive. What addiction does, what an opioid abuse disorder is it changes your brain chemistry. You feel like you are going to die if you don’t get it. And that’s what being dopesick is. That’s what the word dopesick means. It’s feeling that you’re going to die, you’re in so much pain if you don’t get more and more opioids. I thought that would be a huge thing for people to understand. Your brother or your sister, they’re not just losers, who are drug addicts. They’re not just junkies, they’re actually suffering from a disorder in which their brain chemistry has been changed. And that understanding can also help people not just have a better understanding, but help them find pathways to get out of it. And that’s another thing that you haven’t gotten to yet, but the show gets into in the last few episodes, which are paths to recovery so that maybe we can find a way to help people turn a corner on this.” 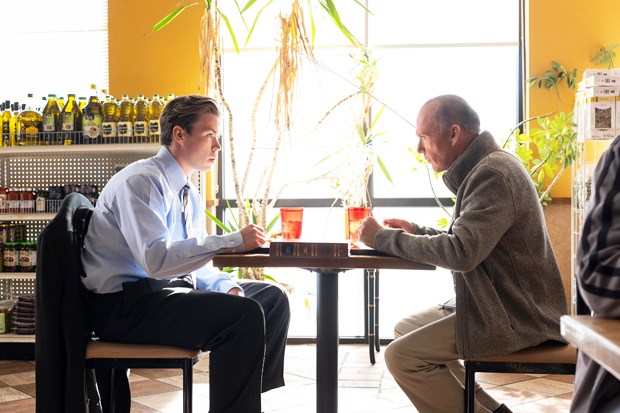 Danny felt compelled to tell the story of the early days of the opioid crisis before even reading Beth Macy’s book. He went down the “opioid rabbit hole” and began researching the Sacklers, the family behind Purdue Pharma.

“Once you start researching it, you can’t believe that this happened,” Danny said. “You can’t believe how one criminal company that’s micromanaged by one family, and by the way, maybe half a dozen members of that family, how they were able to spark, create and light the flames of the opioid crisis. But then we keep pouring gasoline on that crisis for the next 20 years. They caused so much damage, so much destruction, and then they got away with it. This small group of people made billions and get to keep their billions. It’s one of the most outrageous stories in modern American history. I felt like I couldn’t stop reading about it, it’s driving me insane, and I’ve got to do this. I’ve got to just tell the story.”

The 8-episode limited series stars Michael Keaton, Peter Sarsgaard, Kaitlyn Dever, Will Poulter, Rosario Dawson, Phillipa Soo, Jake McDorman, Michael Stuhlbarg, and John Hoogenaker. Danny thought exploring the opioid crisis in various ways through a scripted lens would make for a “multi-dimensional piece.” While difficult to watch at times because of the devastating subject matter, Danny wanted to make sure viewers stuck around.

“It was also equally important to make sure the whole show wasn’t like that,” Danny noted. “Or I didn’t think people would watch it. We need to pay homage to that, and we need to make it a part of the show, but it can’t be the whole show, or I think it’ll be like getting punched in the face for 8 hours. I don’t think the audience will stick around. I don’t know if I’d watch it at a certain point. So that’s why the DA investigation and the U.S. attorney’s legal thriller case, why I felt like these need to be such big stories because they can counterbalance the tragic opioid abuse story by having what are essentially these exciting thrillers in which we see people investigating or actively trying to stop Purdue. In these investigations, they’re uncovering crimes. It makes for quite compelling, exciting television. I thought if you combined all that, you can have a really multi-dimensional piece that shows the tragedy of addiction. But then it also takes you through the true-crime thriller of what the story also is because it’s a crime story.” 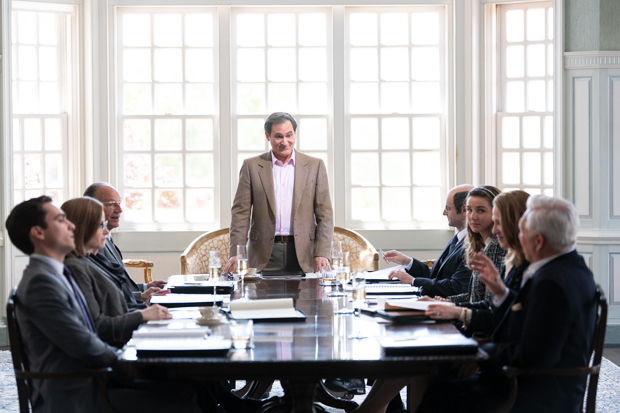 In the series, Danny turns emails into full-blown scenes. He revealed that there’s a scene in the show that’s “almost verbatim” an email between Richard Sackler, former president of Purdue Pharma, and Michael Friedman, who was head of marketing at the time. Danny wanted to juxtapose “that with the people suffering from the lies that we’re seeing them concoct. I thought that would be quite powerful.”

He also wanted to include the “active investigation of these U.S. attorneys and a DEA agent trying to stop them in real-time in 2000, 2001, 2002. So it was all these elements. There’s a crime thriller here and a legal thriller here and this out-of-control work-family drama. It seems like not only is it important, but it could be a really dynamic piece of storytelling as well. If it’s half as riveting as it is to be reading about it, I think that people won’t feel like they’re eating their vegetables watching it. I think they’re going to find it fascinating.”

For the creator, how individuals deal with pain — whether it be physical, mental, or emotional — is a main theme of Dopesick. This includes the people inside Purdue Pharma.

“I think that villains think they’re the heroes of their own story. I think Richard Sackler to this day thinks he’s the victim in all this and that he’s been unfairly crucified,” Danny told HollywoodLife. “And so how do you portray that? Because that’s a really interesting character. What is his pain? That was sort of the guiding theme of the piece is pain, and how do we deal with pain? Do we take a pill? Do we numb our pain? And then what does that do to us? With each of the characters are, there’s a story of what is their pain and how do they deal with it? And so I wanted to explore Richard Sackler’s pain. What’s his pain? What does he want? What’s driving him? What’s his motivation? I interviewed people that worked at Purdue that knew him well. There’s a lot now that’s been written about them. Their emails are quite stunning. His son has emails that have been released in court cases, and then some people were just leaking me emails because they’re so outraged by what happened. They were leaking Beth Macy emails, too. We have quite a bit to draw on in order to make this portrayal, and it feels very truthful to us. We had someone who dealt with Richard Sackler a lot watch the first 4 episodes and he said, ‘Oh my gosh, Michael Stuhlbarg nails Dr. Sackler. He just nails him.’ So that was incredible to hear.” Dopesick premieres October 13 on Hulu.

Tips for show, trends for a pro: What the serious punters look out for at Cheltenham – The Sun