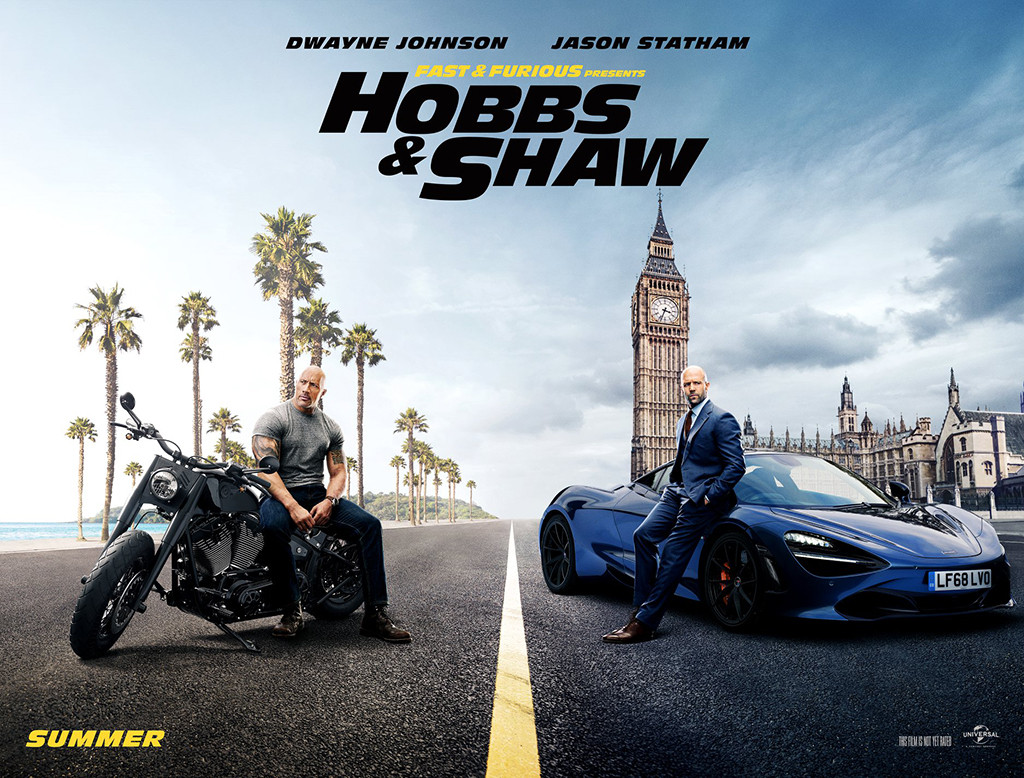 That’s what people tend to say when they watch Fast & Furious movies, and that’s what you’re likely say when you see the new trailer for the franchise’s first spinoff, Fast & Furious: Hobbs & Shaw. Dwayne Johnson reprises his role of Diplomatic Security Agent Luke Hobbs and Jason Statham returns as Deckard Shaw. The two form an unlikely alliance to take on Idris Elba, who plays a villain named Brixton. The trailer is packed with explosions, tons of fight scenes and car chases and a transformation by Elba. In fact, Johnson recently tweeted that the movie showcases “the biggest showdown the Fast & Furious franchise has ever seen.”

Earlier this week, the first poster for the film was released and shows the two leading men posing next to their sweet rides.

Hobbs & Shaw is set for release on August 2.

‘Ted Bundy: Falling for a Killer’: Ex-girlfriend opens up in documentary