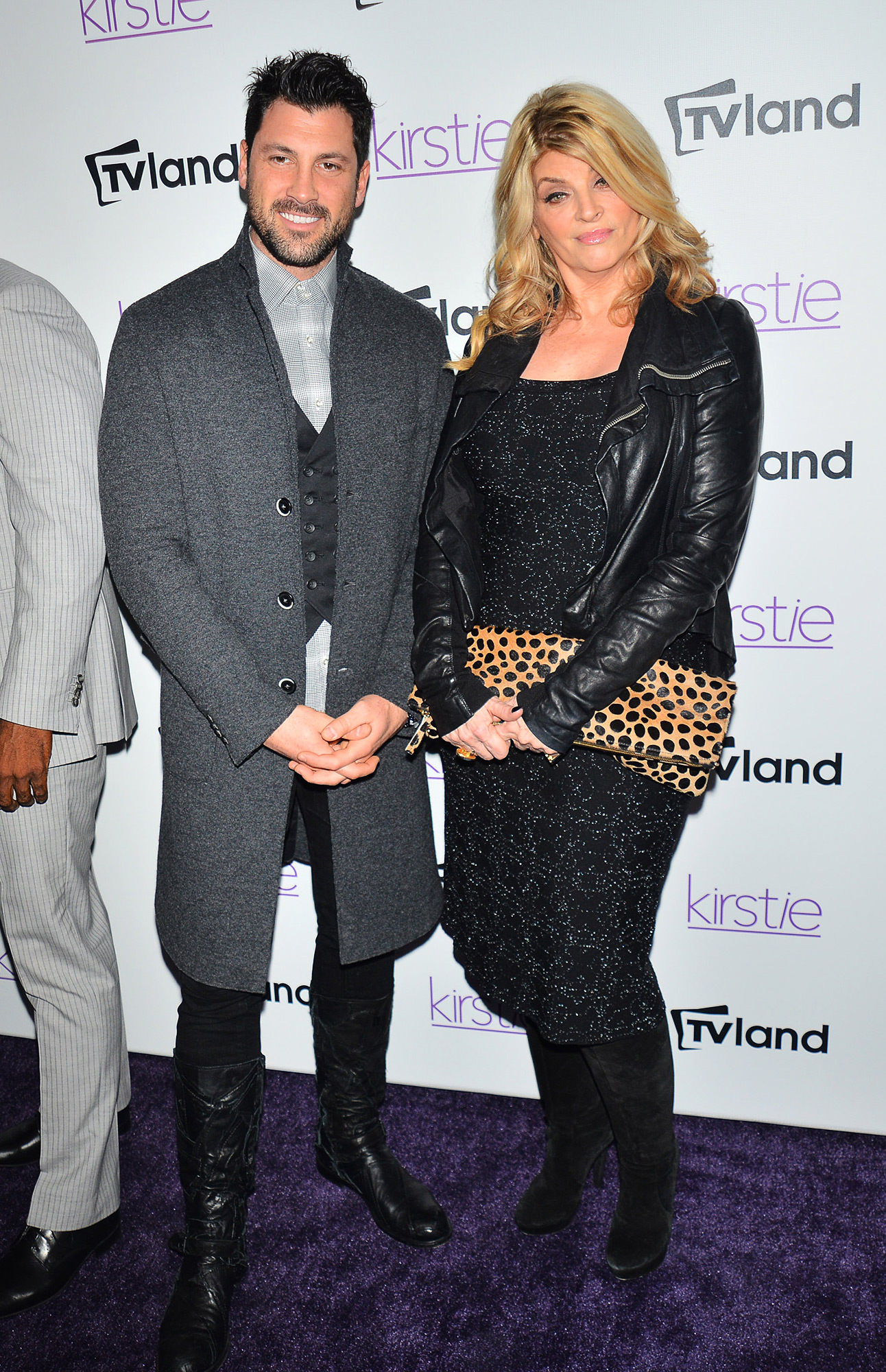 Maksim Chmerkovskiy paid tribute to his former Dancing With the Stars partner Kirstie Alley after her death on Monday, December 5.

“My dearest Kirstie, We haven’t spoken lately and I’ll tell you everything when I finally see you, but for now I want to say that I love you very much and I wish you the most peaceful rest,” he began in the early hours of Tuesday, December 6, via Instagram. “You were one of the most unique people I have ever met and easily one of the brightest moments of my personal and professional life. Some of our relationship is heavily documented. Most of it is known to select few. All of it was like a wild rollercoaster. From Maude to DJ Lil Buttercup you were always all in for life.”

Chmerkovskiy, 42, added that all of their “memories of our time together rush to my head” as he wrote out the tribute.

“I remember how absolutely wild you were and I start to tear up. Something you’d absolutely hate. And now I can’t help but smile because I remembered exactly what you wanted me to say at your funeral,” he wrote. “Don’t think I can do it here …”

The dancer concluded: “I thought you’d be around forever. I wish we spoke often. Thank you for everything. I love you Kirstie Alley. RIP.”

Alley, who worked with the choreographer on seasons 12 and 15 of the hit dancing show, passed away at age 71 following a brief battle with cancer.

“We are sad to inform you that our incredible, fierce and loving mother has passed away after a battle with cancer, only recently discovered,” the late actress’ kids, William and Lillie, wrote via their late mother’s Instagram. “She was surrounded by her closest family and fought with great strength, leaving us with a certainty of her never-ending joy of living and whatever adventures lie ahead. As iconic as she was on screen, she was an even more amazing mother and grandmother.”

The message continued: “Our mother’s zest and passion for life, her children, grandchildren and her many animals, not to mention her eternal joy of creating, were unparalleled and leave us inspired to live life to the fullest just as she did.”

Ahead of her death, Alley and Chmerkovskiy went through their ups and downs. The pair initially formed a friendship after becoming runner-ups on DWTS in 2011. Following their reunion during the all-star season in 2012, however, things took a turn for the worst.

Most Disastrous ‘Dancing With the Stars’ Partners Ever!

“I am no longer allowed to be Kirstie’s friend,” Chmerkovskiy exclusively told Us Weekly in September 2016, after previously hinting it had to do with his friendship with Leah Remini. “I find it ridiculous for an adult human being to ‘disconnect’ from someone. But everyone is entitled to their own insanity.”

He added: “I may turn off a bigger percentage of people than I keep around, but over a period of, let’s say, 10 years, people all come back in some way, saying, ‘Hey, we haven’t spoken in a decade, but I understand where you’re coming from, and I want us to continue being friends.’ I have a 100 percent return rate.”

In February, the DWTS pro publicly addressed Alley’s response to the Russian invasion of Ukraine. The Scream Queens alum tweeted, “I don’t know what’s real or what is fake in this war. So I won’t be commenting. I’ll pray instead.”

Chmerkovskiy, for his part, took to Instagram to repost the statement with his own commentary.

“Dear Kirstie, we haven’t spoken in a while, but I clearly remember being right next to you while you were organizing trucks of aid during Hurricane Sandy and I remember all that you were saying to me about situations where innocent are suffering,” the former ABC personality, who was born in Ukraine, wrote at the time. “That same energy is needed right now. No one needs your prayer if you don’t know what’s real or fake.”

Alley, however, did not publicly address the social media post before her death.

TOBIAS ELLWOOD: The global race for a vaccine will turn nasty

Zumping is the dating trend of coronavirus times