Ed Sheeran and Gotye were the most popular artists of the past decade, according to the Australian Recording Industry Association.

Sheeran's Shape of You sold the most copies of any single in Australia between 2010 and 2019, followed by Gotye's breakout hit Somebody That I Used to Know. Mark Ronson and Bruno Mars' Uptown Funk, LMFAO's Party Rock Album and Pharrell Williams' Happy rounded out the top five bestselling singles of the 2010s. 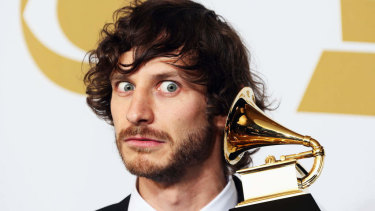 Somebody That I Used To Know topped the list of Australian singles, followed by Vance Joy's Riptide and Guy Sebastian's Battle Scars. Youngblood by 5 Seconds of Summer and Sia's Chandelier rounded out the top five. Tones And I's Dance Monkey made the top 10 despite only being released last year.

Australian music lovers had a slightly different taste when it came to albums during the 2010s. Adele's 21 was the bestselling album of the decade, followed by Michael Buble's Christmas. Adele's third studio album, 25, came in third place. In terms of local albums, INXS's The Very Best was the most popular of the decade, followed by The Best of Cold Chisel: All For You.

ARIA's chief executive, Dan Rosen, said Sheeran started out playing in small bars but quickly sold-out massive stadium tours. He also said Gotye would be remembered for inspiring a "new generation of Aussie acts to take on the world".

"It has been a decade of momentous change in the Australian music business as we have shifted from physical CD sales to a streaming-dominated market," he said. "But through it all, Australians kept buying, listening and loving music.

"The albums and singles in these ARIA charts will be remembered as the soundtrack to a generation and I thank and congratulate all the artists involved for shaping our decade."

ARIA's snapshot of the past decade also included last year's bestselling singles and albums. Lil Nas X’s catchy tune Old Town Road was the top single of 2019, closely followed by Tones And I’s Dance Monkey. Billie Eilish snapped-up bestselling album of 2019 with When We All Fall Asleep, Where Do We Go?, followed by Ed Sheeran's No.6 Collaborations Project and P!nk's Hurts 2B Human.