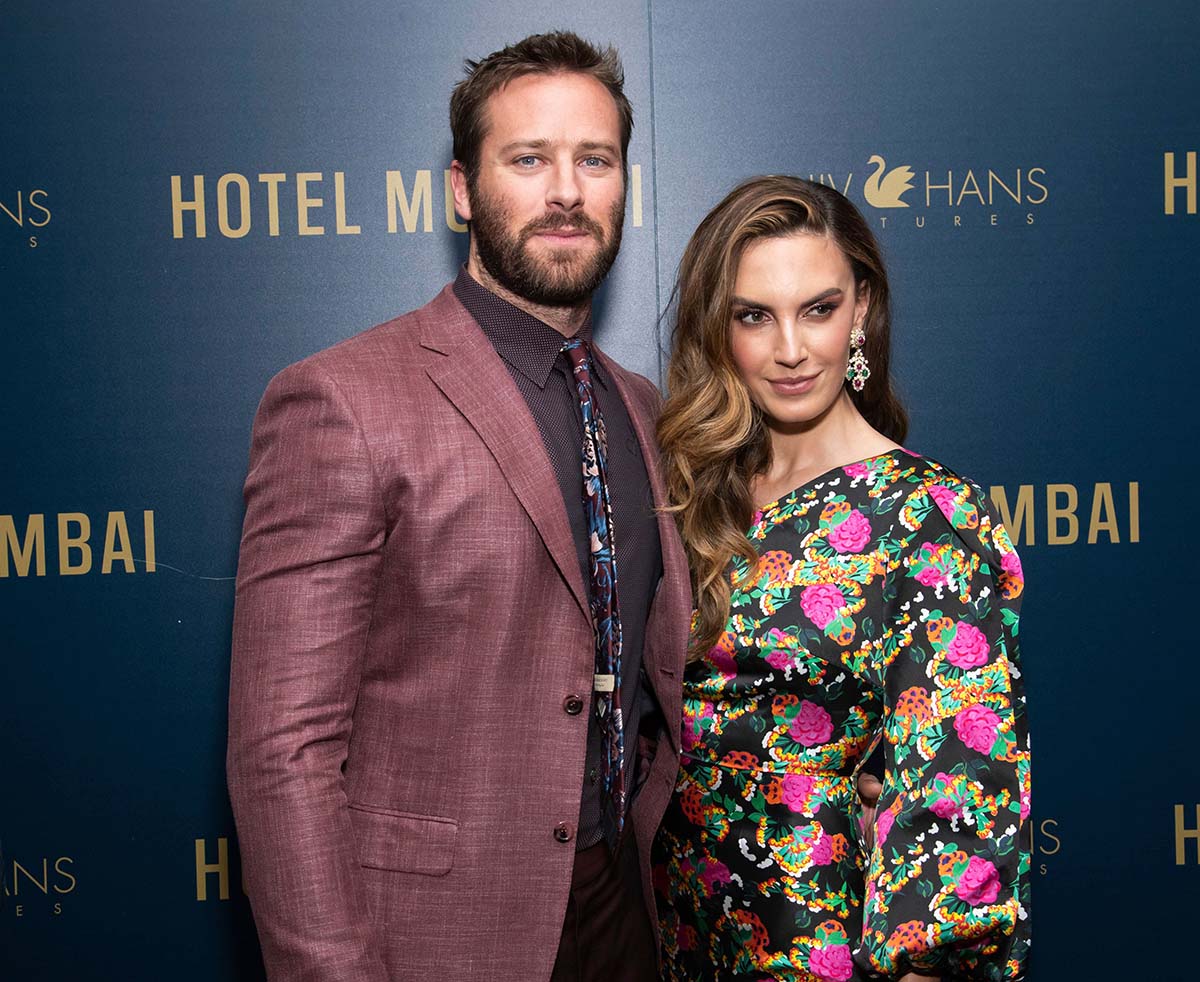 An unexpected partnership? Elizabeth Chambers encouraged one of estranged husband Armie Hammer‘s accusers to go public with her allegations of sexual assault, a source tells Us Weekly.

Armie Hammer’s Most Controversial Moments Over the Years

The Social Network actor, 36, made headlines in January 2021 after multiple women shared screenshots of messages in which he allegedly detailed graphic sexual fantasies. Two months later, a woman named Effie Angelova claimed Hammer “violently” raped her in 2017, which he denied. Speaking out during a press conference, Angelova claimed she and the Gossip Girl alum were intimate on and off from 2016 to 2020. (Hammer and Chambers, 40, announced their split in July 2020 after 10 years of marriage.)

According to the insider, “Elizabeth was the one who reached out to Effie initially while Armie and Effie were in a consensual affair.”

Chambers and the Call Me By Your Name star share daughter Harper, 7, and son Ford, 5. Angelova shared another screenshot via Instagram of a message allegedly sent by the Bird Bakery owner, in which she wrote: “I really need custody of my precious children. Do you think you could make a declaration this week? It will all be private.”

The Texas native allegedly added: “I don’t want to pressure you, but your insight is much more in depth than the others we have.”

A rep for Chambers denied that she forced Angelova to come forward. “Given the extent and nature of allegations that were made, Elizabeth sought to determine the veracity of those allegations. She was very sensitive to all parties involved,” the rep noted in a statement to Us. “The safety and well being of their children remains her priority.”

Months after Angelova went public with her allegations, Hammer checked into a rehab facility in Florida for drug, alcohol and sex issues. His lawyer confirmed to Us in December 2021 that Hammer had left the facility and was “doing great.”

Chambers, for her part, recently moved on with new flame Ricardas Kazinec, though she and the Death on the Nile actor have not yet finalized their divorce. The TV personality opened up about her coparenting dynamic with Hammer earlier this month, telling E! News that the twosome are “in a really great place” when it comes to raising their kids.

“We talk all the time. We’re committed fully and wholly to our children, and to being together as much as possible in a non-romantic way for our kids. Kids need their mom; kids need their dad. So there’s nothing we won’t do,” she explained. “Armie has been focused on his healing. … It’s going to make him the best father, the best person he can be. At the end of the day, that’s the goal.”

Hammer has attempted to lay low amid his scandals, but he was recently thrust back into the spotlight with the Discovery+ documentary House of Hammer, which dug into his family’s past. Several alleged victims of Hammer’s abuse were featured in the doc, which Chambers watched without her kids around.

“It was obviously heartbreaking on so many levels and very painful,” she told E! News. “But at the same time, it exists. … I consider myself a feminist and stand in solidarity with anyone who has been a victim of any sort and hope they find healing. I’m not being here, like, ‘My life is amazing,’ because it’s been hell for a long time.”

Angelova, meanwhile, issued a strongly worded statement regarding the Discovery+ series. “It is unfortunate that Elizabeth, like the producers of House of Hammer, is looking to profit from others’ trauma. She can’t call herself a feminist when her ‘best friend’ is an abuser,” she claimed, seemingly referring to Chambers’ initial split statement from July 2020. “The ones who need healing are the victims – not the abusers.”

If you or someone you know have been sexually assaulted, contact the National Sexual Assault Hotline at 1-800-656-HOPE (4673).

Remembering The Tulsa Massacre of 1921: Shows And Docs To Watch