Wonderwall.com is taking a look back at the stars who won big during the 2021 Golden Globes and the best moments from their acceptance speeches, starting with Daniel Kaluuya, who won the award for best supporting actor in a motion picture for his performance in “Judas and the Black Messiah.” After a technical glitch left him on mute and threatened to cut his acceptance speech from the Globes broadcast, the “Get Out” alum proclaimed that the award show did him dirty! He went on to dedicate his win to his mother, sister and niece. “This took it out of me,” he continued. “I gave everything. Like the great Nipsey Hussle says, ‘We’re here to give till we’re empty,’ and I gave everything. I couldn’t give it to a more noble man — and that’s Chairman Fred Hampton [of the Black Panther Party]. I hope generations after this can see how brilliantly he thought, how brilliantly he spoke and how brilliantly he loved. He taught me about myself and made me grow as a man, and I appreciate him with all my heart. There’s a lot of information about how he died, but I hope people out there will grow and learn about how incredibly he lived.” Now keep reading for more highlights from this year’s acceptance speeches…

RELATED: Stars on the red carpet at the 2021 Golden Globes

“Thank you so much to [Princess Diana]. You have taught me compassion and empathy beyond any measure that I could ever imagine, and on behalf of everyone who remembers you so fondly and passionately in our hearts, thank you.” –Emma Corrin, Best Performance by an Actress in a Television Series – Drama, “The Crown”

“This acknowledgement is a lovely vote of confidence in the messages ‘Schitt’s Creek’ has come to stand for: the idea that inclusion can bring about growth and love to a community. In this spirit of inclusion, I hope that this time next year, the ceremony reflects the true breadth and diversity of the film and television being made today because there is so much more to be celebrated.” –Dan Levy, Best Television Series – Musical or Comedy, “Schitt’s Creek”

RELATED: Iconic couples at the Golden Globes over the years

“That’s nuts. That’s crazy. Wow. … I read this book to my son Otis called ‘The Three Questions’ by Leo Tolstoy, and he has these three questions: ‘When’s the best time to do things?’ ‘What is the right thing to do?’ And then, ‘Who is the most important one?’ And that last question, ‘Who is the most important one?’ [the answer] is like … the person you’re with. So I kind of reject the premise of being the best actor because in my humble opinion, the best actor is the person you’re acting with. So I want to give this shoutout to all the people I get to act with on this show because they’re incredible. Do they make me the best? No. But I know for a fact they make me better — better than I am, better than I thought I could be, better than anything I can do. So I appreciate everybody looking out. … I gotta wrap this puppy up. Never been my forte. Little windy. ‘Little windy,’ as my aunt Loretta would say.” — Jason Sudeikis, Best Performance by an Actor in a Television Series – Musical or Comedy, “Ted Lasso”

“I am happily and seriously indebted to Eugene and Daniel Levy. From day one, they treated me like something like this might happen. They created an inspiring, funny, beautiful family love-story in which they let me wear a hundred wigs and speak like an alien. From the first read-through — where no one had to fake a laugh — to the final day on set — where everyone except me had to hold back their tears — it’s an experience I will forever hold dear to my heart. I’m proud to be part of their family, although I’m not really.” –Catherine O’Hara, Best Performance by an Actress in a Television Series – Musical or Comedy, “Schitt’s Creek”

“Thank you to my family, who lets me go off and bring these crazy people home and they have to live with all these years. Thank you, guys. … At 54 years, it is my humble belief that what would give all this sadness and loss that we all have lived through meaning is our common humanity. What connects us is greater than what keeps us apart, and the more we include each other and see each other and hear each other, the faster we will heal our broken hearts and minds. We have a dying mother — just like the mother in our story. She is Mother Earth. We must come to balance with her and honor her, and she’ll heal too. So lets be courageous together, guys, and lets turn the page on the cruel past of this nation. The good news is inclusion and justice and care for Mother Earth is breaking out everywhere. The godly light of decency is breaking through the hideous dark storm we’ve been living through. We are all in this together. We are the ones we’ve been waiting for, so let’s do this now!” –Mark Ruffalo, Best Performance by an Actor in a Limited Series, Anthology Series or a Motion Picture Made for Television, “I Know This Much Is True”

“Thank you, I’m so shocked I did it. I thought it was gonna be one of them nights where you just [shoot this and then] go to your bed and then just chill! … I’m absolutely shocked. I don’t even know what to say, but thank you so much.” –John Boyega, Best Performance by an Actor in a Television Supporting Role, “Small Axe”

“I think this is the first piece of art I’ve ever made in my life that I can actually show my kids, so thank you, Pixar. Huge thanks to my wife, Mariqueen Maandig, and all our kids. I love you guys more than anything.” –Trent Reznor, Best Original Score – Motion Picture, “Soul”

“We must follow our dreams because we only have one life to live and one soul — and this soul is happy today to be recognized by the Hollywood Foreign Press for this masterpiece of a film. … I’d like to thank God for music and film and the togetherness that it brings when put together in such innovative and collaborative ways as this has been.” –Jon Batiste, Best Original Score – Motion Picture, “Soul”

“While we were shooting, every night after wrap when I’d get back to my hotel room, there’d be an email from [Sacha Baron Cohen] with a quote from Abbie Hoffman [whom he played]. None of them ever made it into the film, but I saved the emails. I don’t always agree with everything the characters that I write do or say, but here’s something Abbie said: ‘Democracy is not something you believe in or a place to hang your hat, but it’s something you do — you participate. If you stop doing it, democracy crumbles. I don’t need any more evidence than what happened on Jan. 6 to agree with this.” –Aaron Sorkin, Best Screenplay – Motion Picture, “The Trial of the Chicago 7”

“[I’d like to thank] my glorious wife and partner of 30 years, Lyn Davis Lear, the five glorious daughters [we share] and my wonderful son ranging in ages from 26 to 74 and their children, my four fabulous grandchildren. At close to 99, I can tell you that I’ve never lived alone. I’ve never laughed alone. And that has as much to do with my being here today as anything else I know.” –Norman Lear, recipient of the HFPA’s Carol Burnett Award for his contributions to television 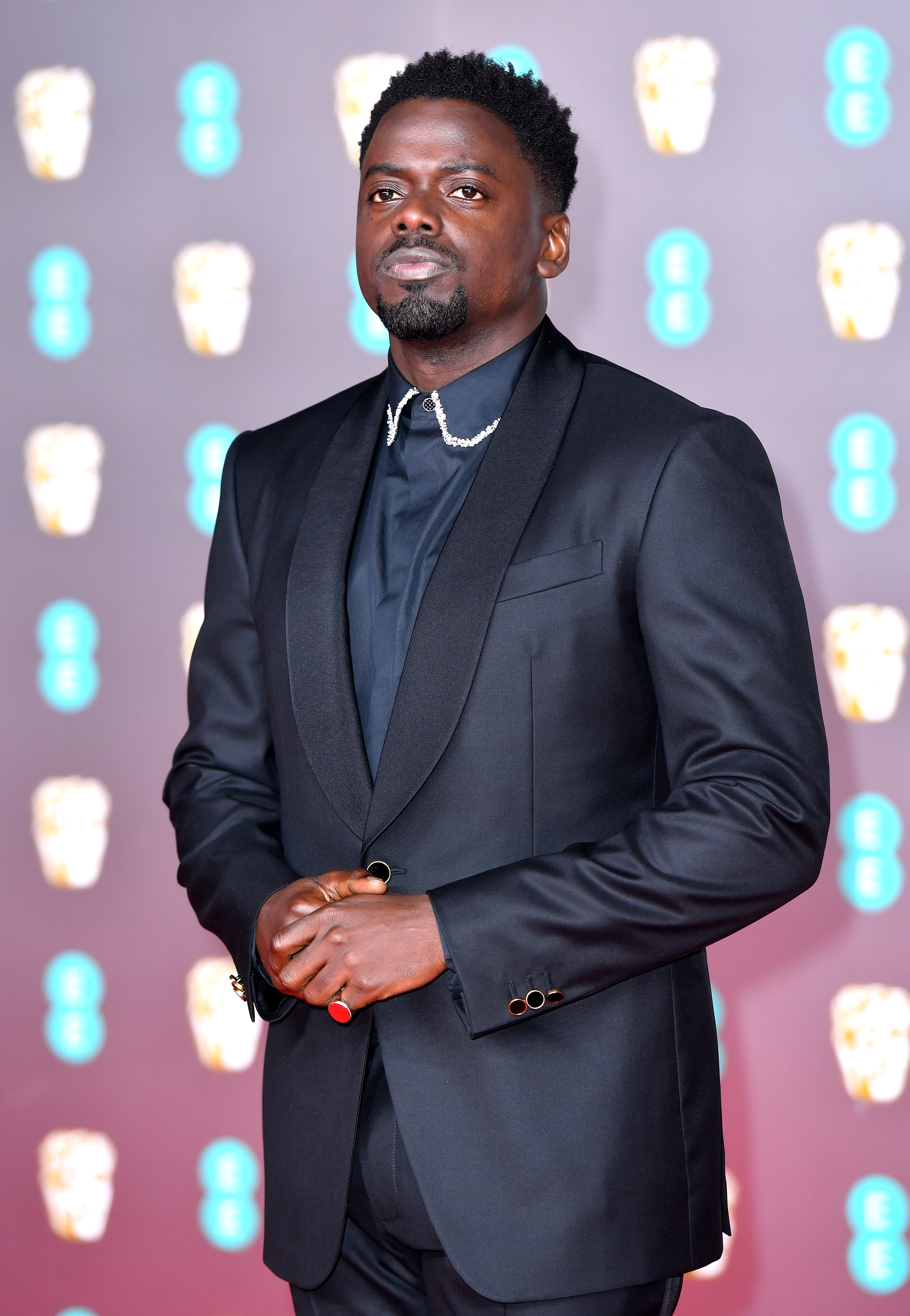 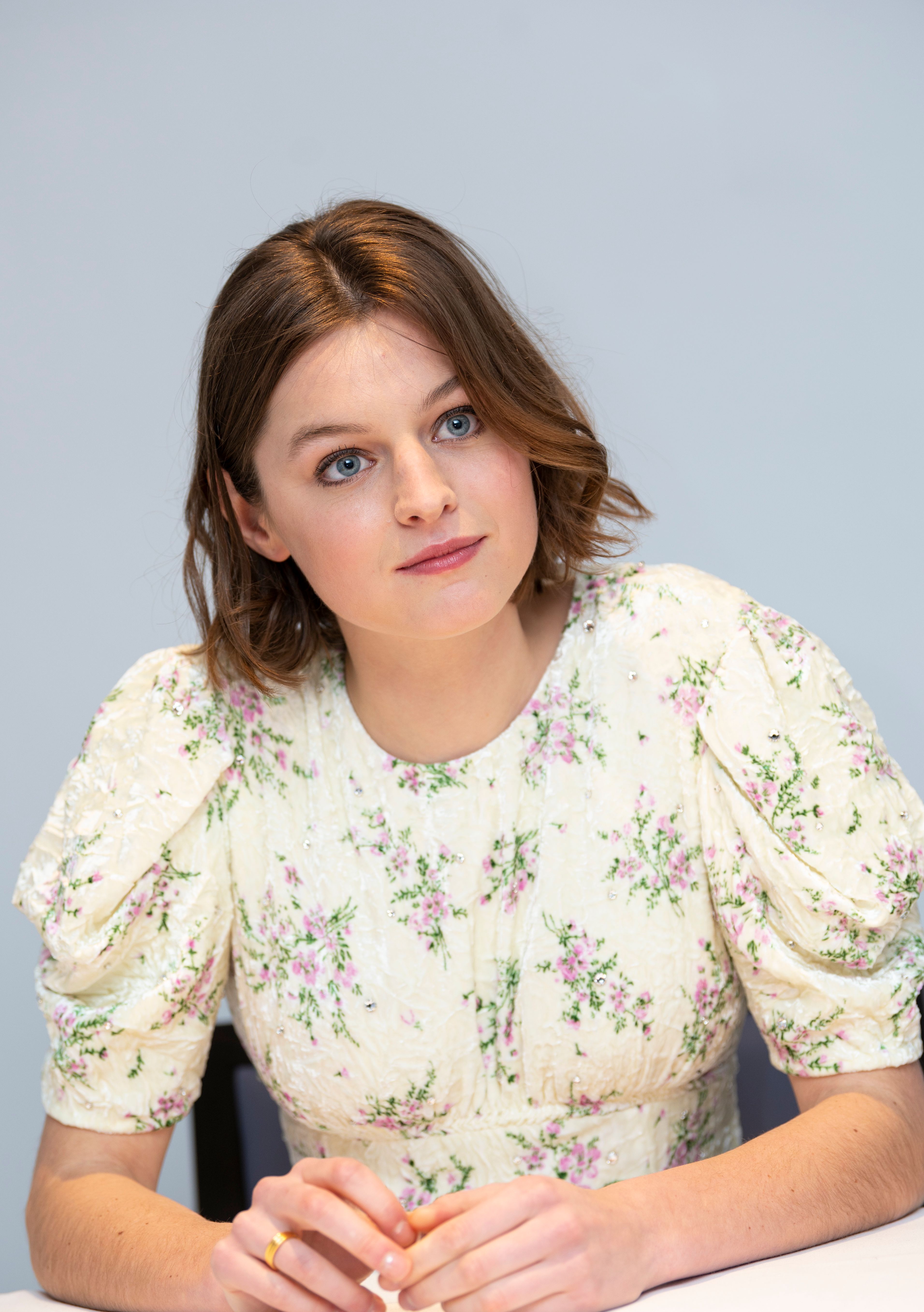 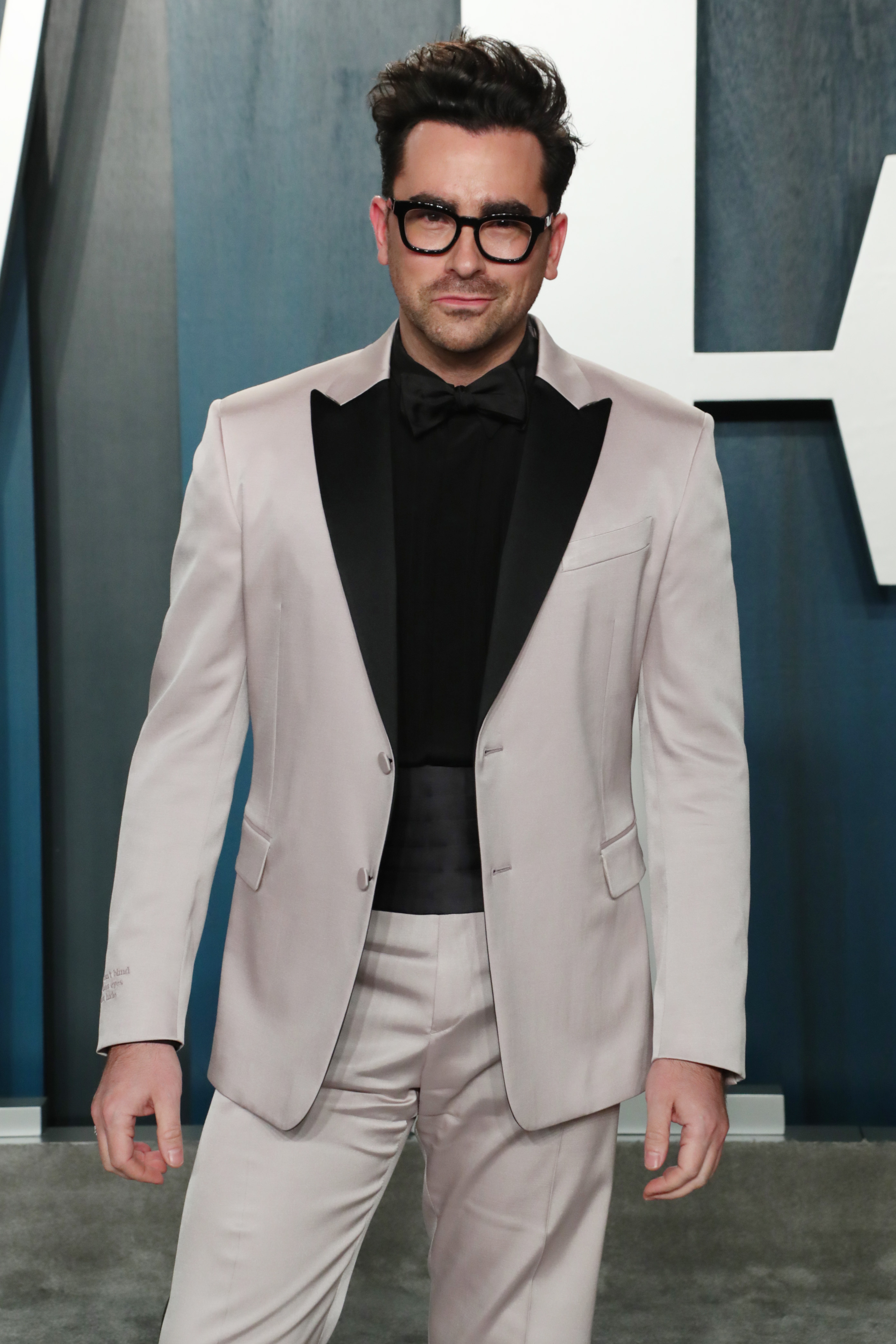 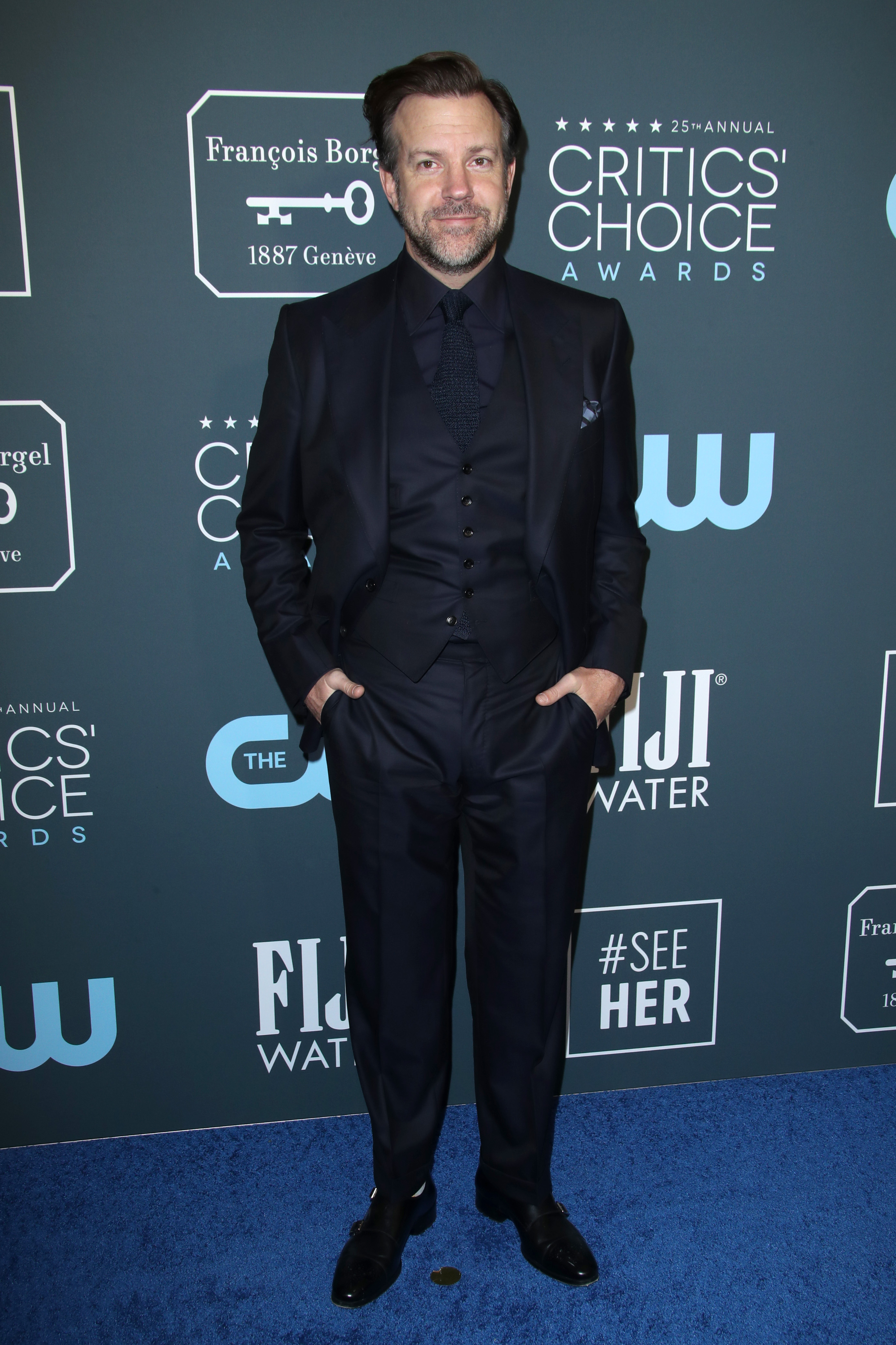 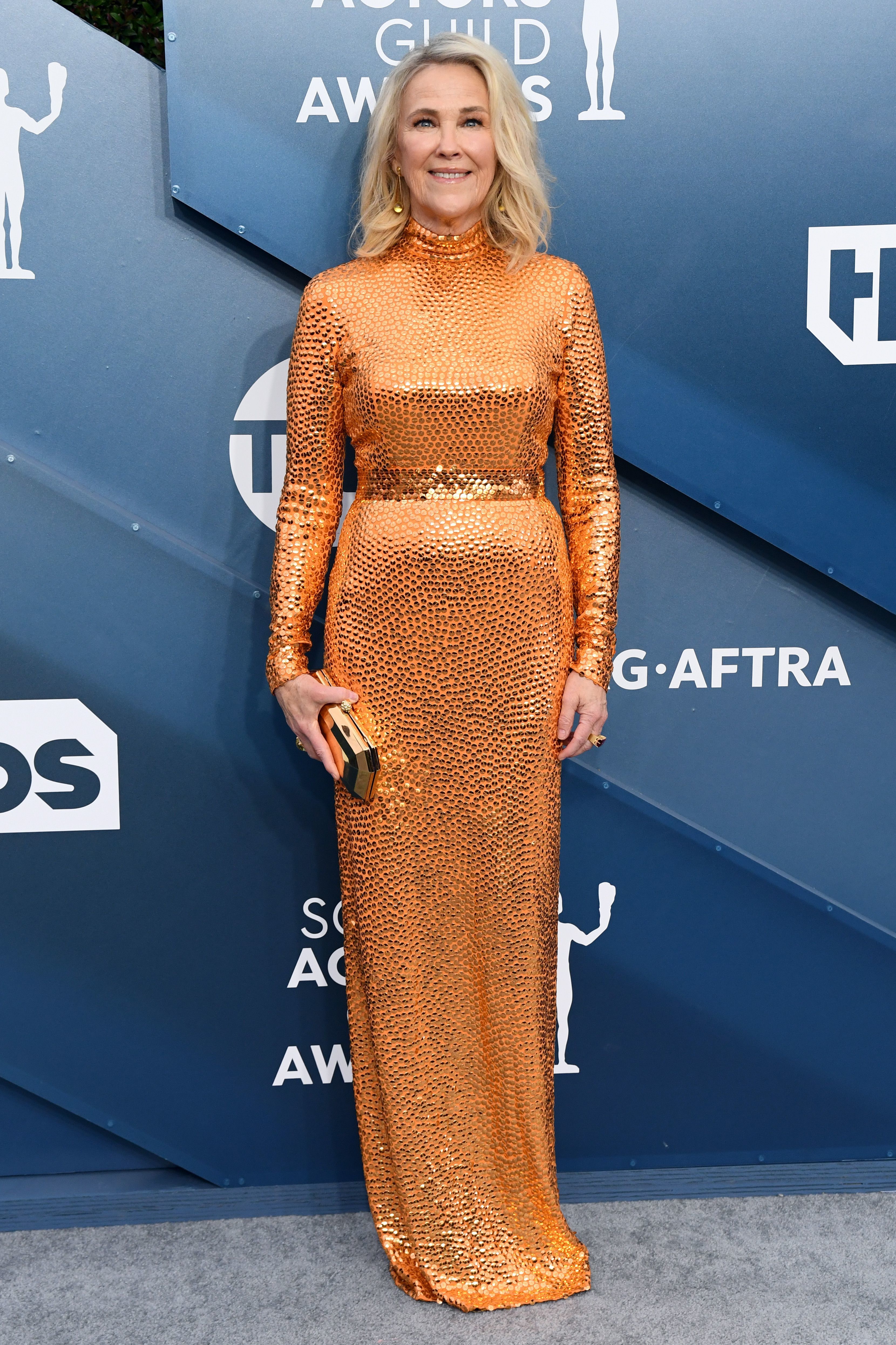 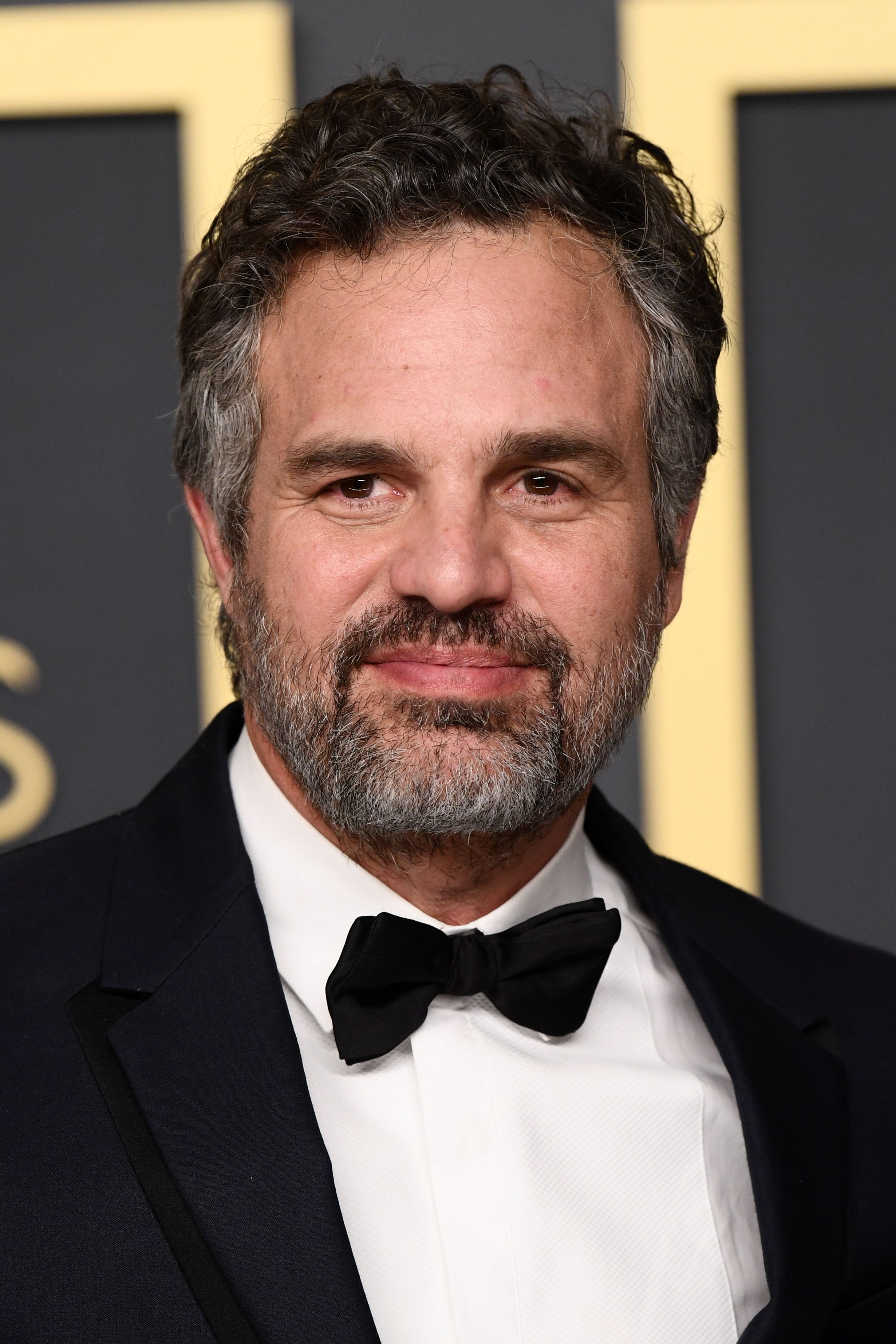 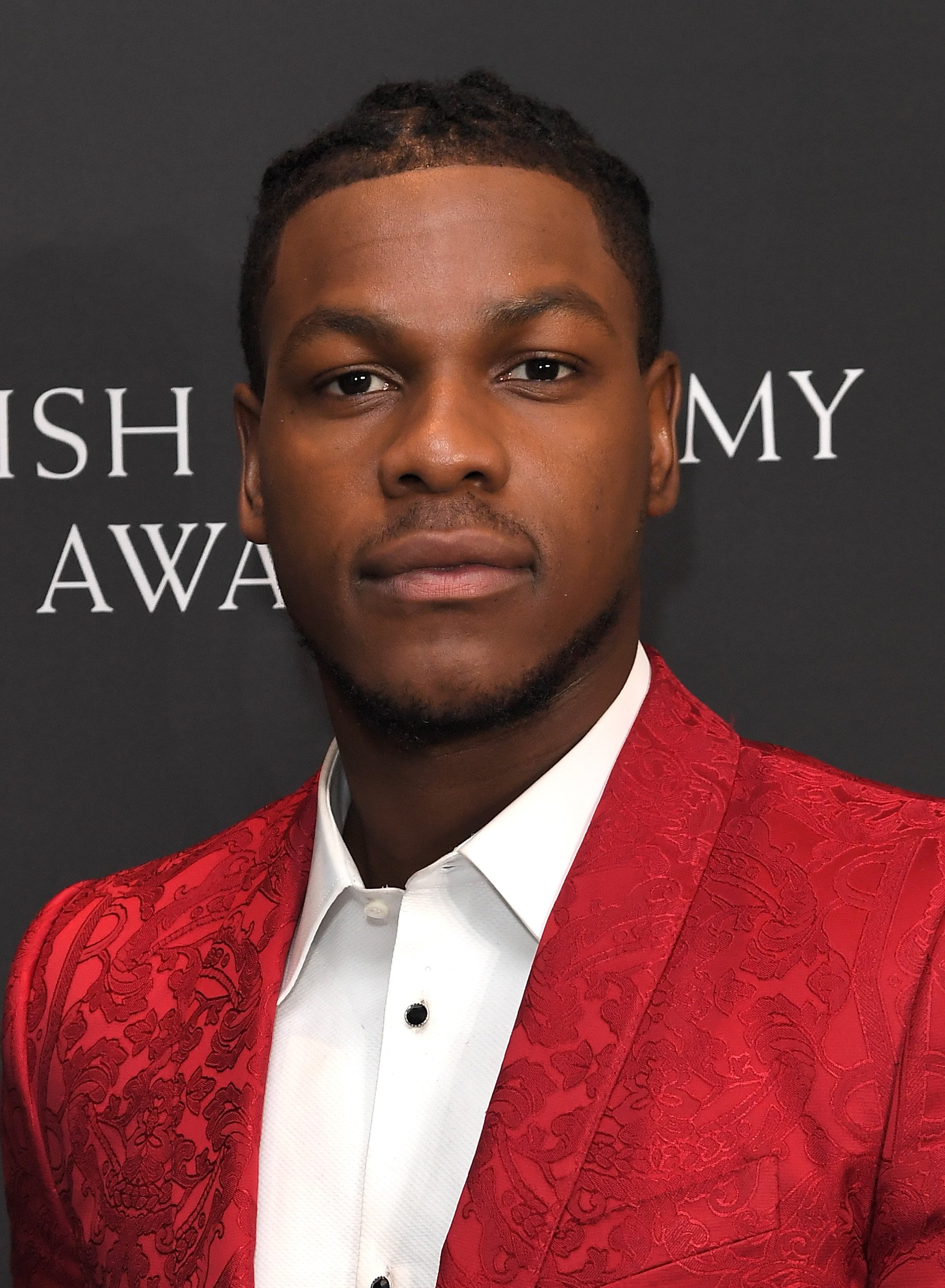 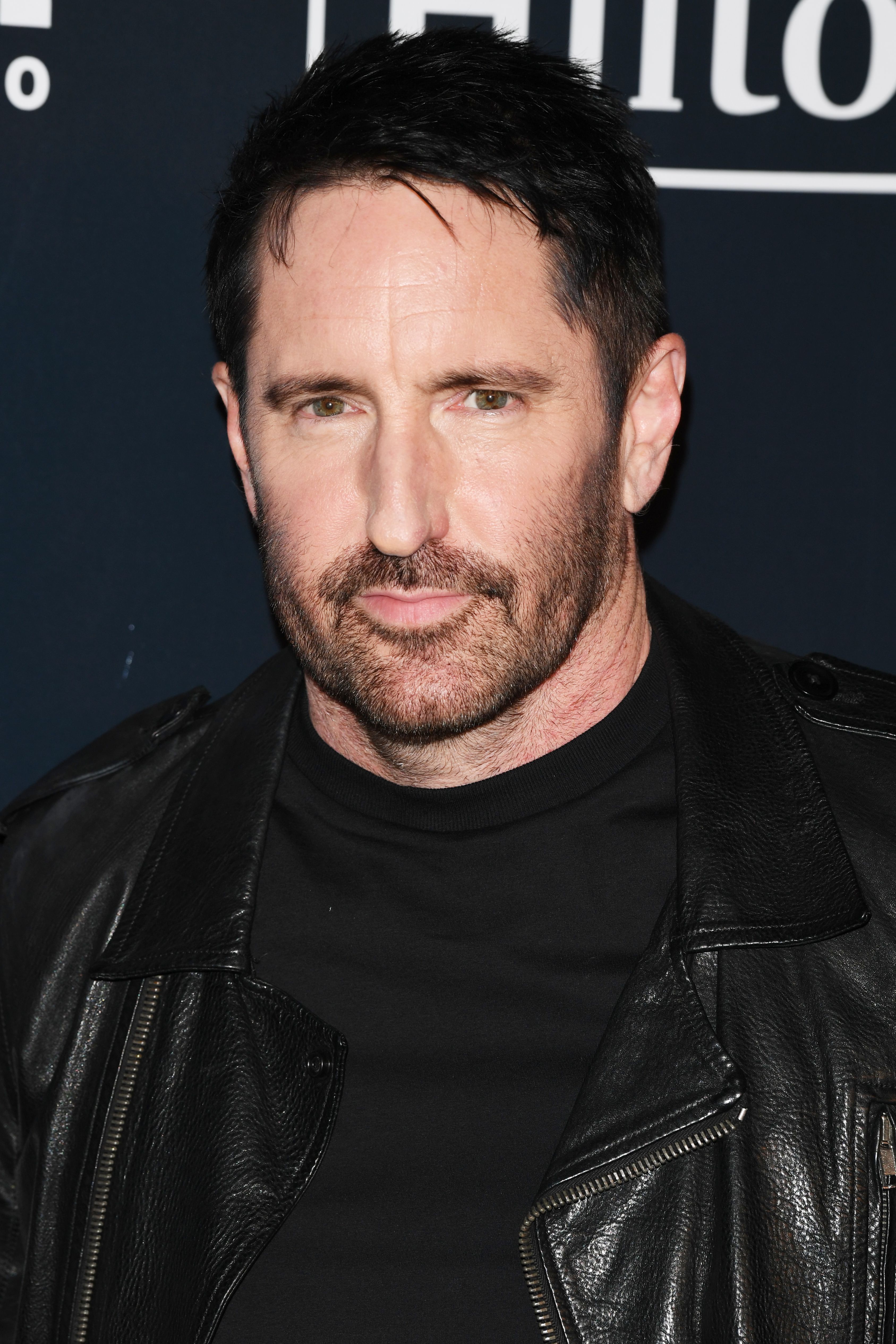 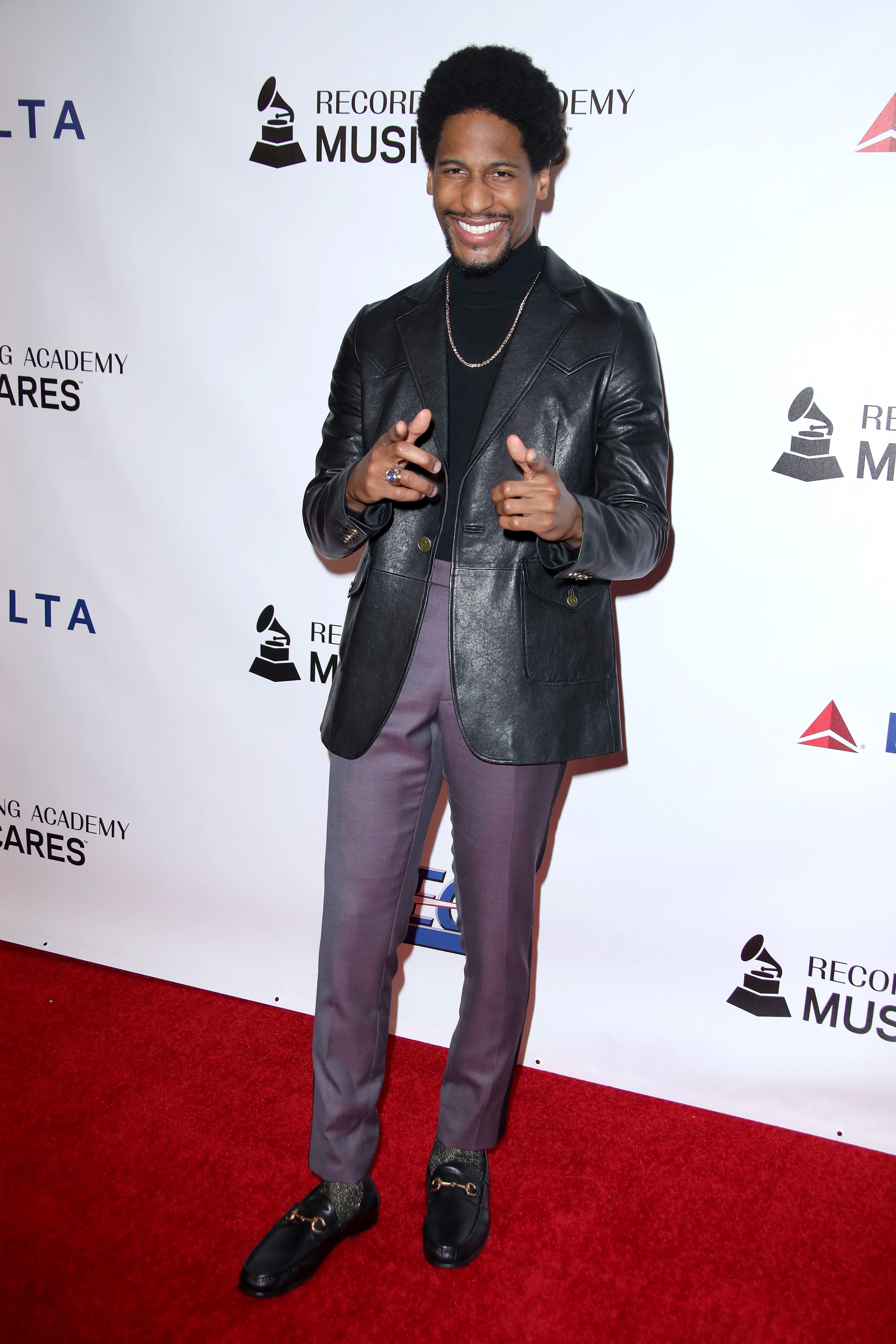 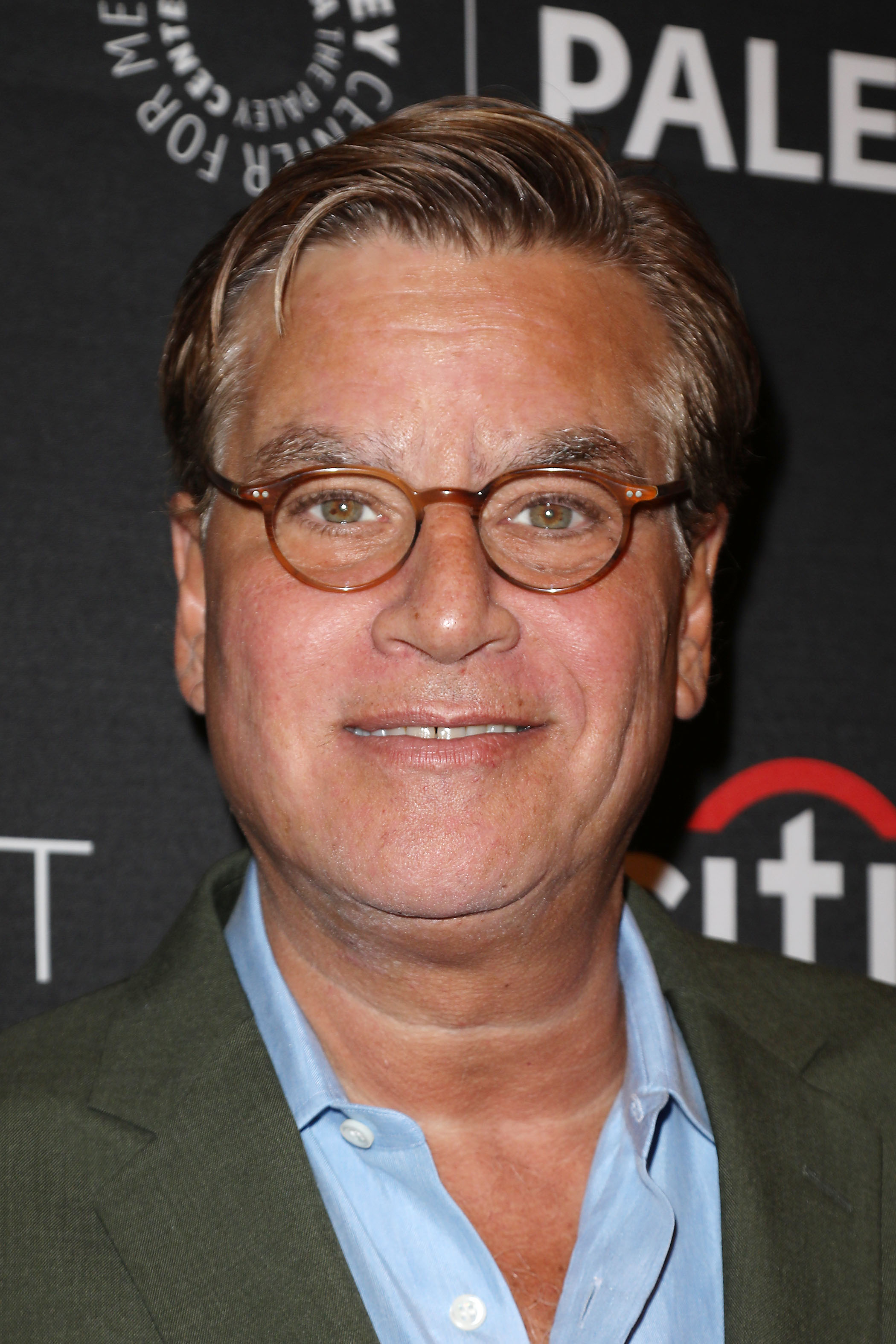 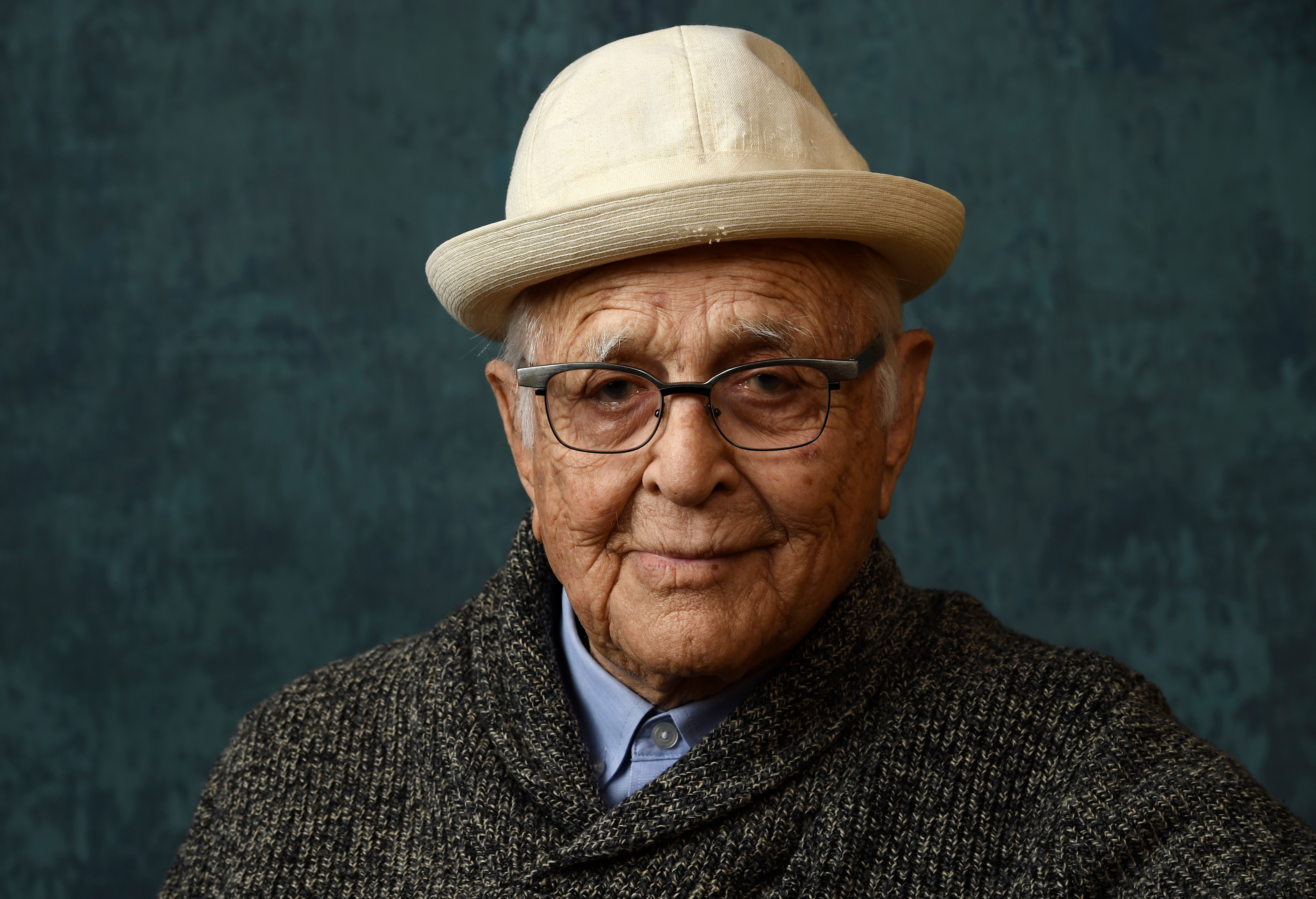 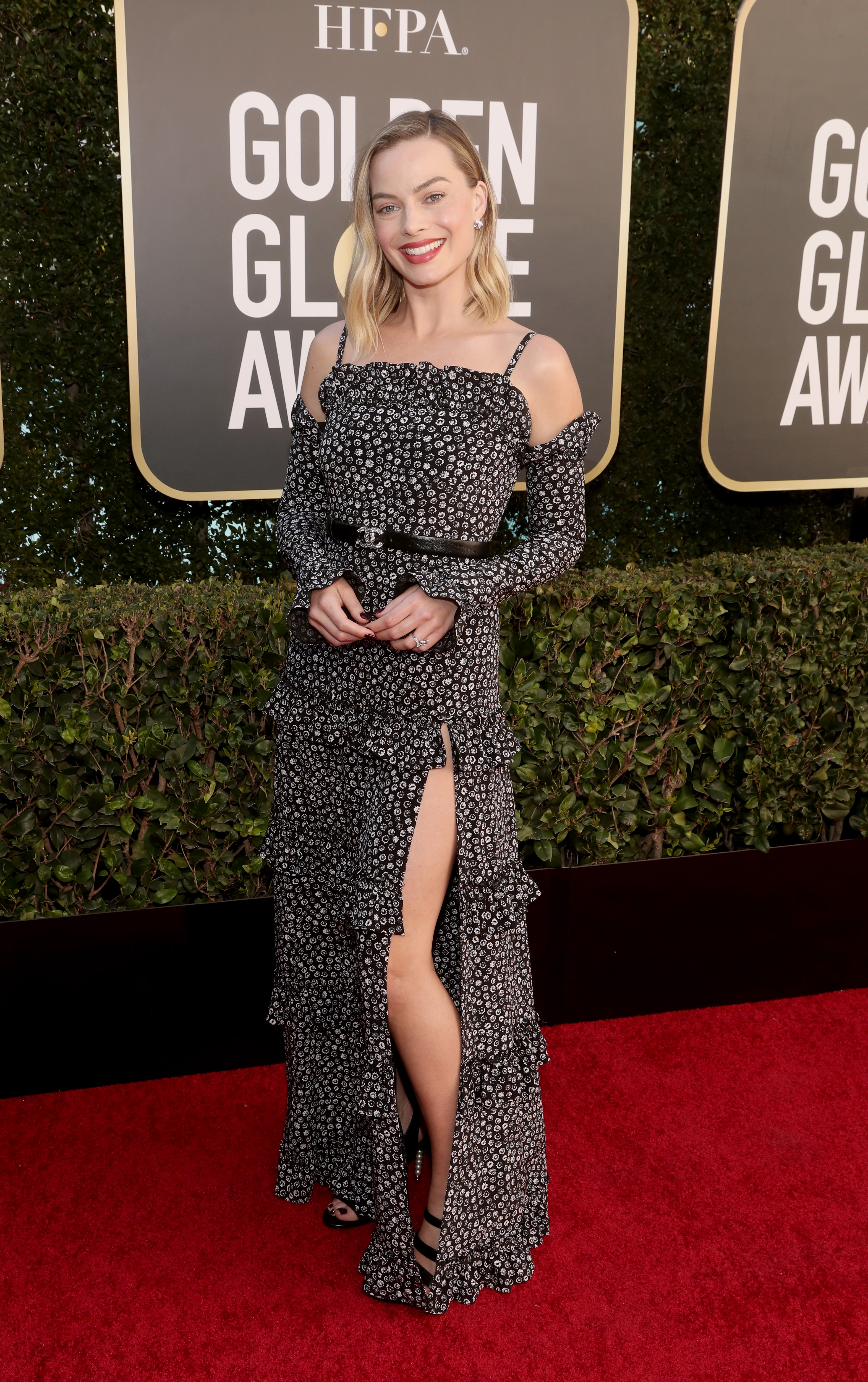 First avocado toast was feckless, now it’s coffee. Maybe they have a point?