A graduate who suffered so badly with acne in her teenage years that she avoided going out has revealed how cutting chocolate from her diet has helped clear up her skin.

Mariia Bilenka, 23, from Kiev, Ukraine, has suffered with acne for the past ten years.

However, after giving up chocolate and sweets earlier this year, the tourism graduate noticed a remarkable improvement in her skin.

Mariia believes that teenage hormones, stress from her home life and consuming lots of sugary treats were the main causes of her bad skin. 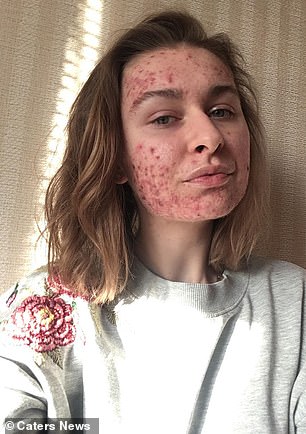 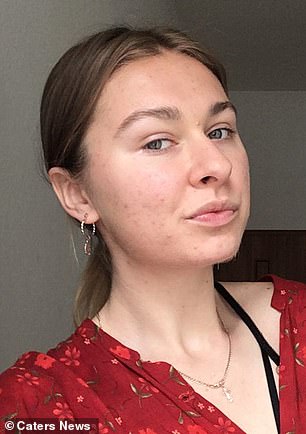 Mariia Bilenka, 23, from Kiev, Ukraine, suffered severe acne during her teenage years (left) which left her feeling self-conscious. After ditching chocolate from her diet she noticed a ‘significant’ improvement (right)

She said: ‘Suffering from acne for 10 years has caused me many problems throughout my life. My self-esteem was extremely low and I had no confidence in myself at all.’

Mariia had a sweet tooth while growing up and would eat a large bar of chocolate every single day.

When she hit her teenage years her acne flared up and continuously got worse.

Feeling upset about the condition of her skin, Mariia stopped going out and doing things that she enjoyed. 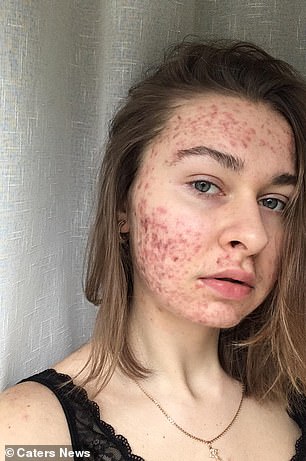 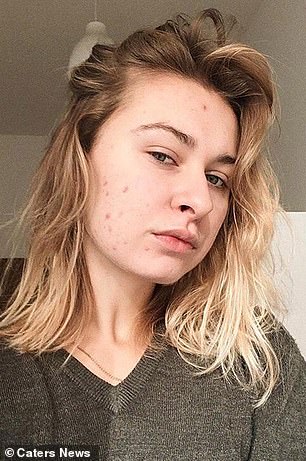 Reflecting on her teenage years, Mariia said that she would also eat packets of chocolate cookies every day.

She said: ‘When I started on a bar of chocolate or a packet of cookies, I could not just have a little bit or one or two cookies, I would have to eat the whole packet until it was gone. I would do the same every day, and it really started to affect my skin.’

Mariia’s acne was so severe that it spread across both of her cheeks and right across her forehead, also appearing on her neck at times.

She said: ‘I missed out on a lot while I was growing up because of how bad my acne got. I always missed lessons at school, I did not go to the gym or my dance classes. I never tried the activities that I wanted to do and I did not go out with my friends. 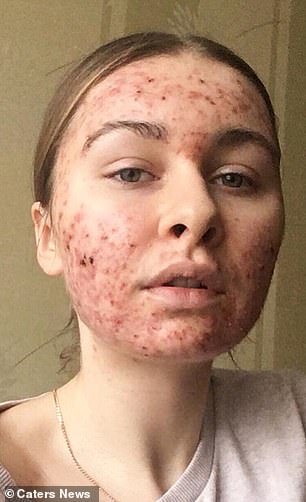 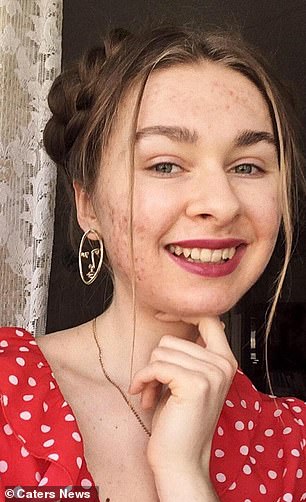 After consulting multiple dermatologists, cosmetologists and doctors, she was prescribed three kinds of antibiotics and various birth control pills but it was only after ditching chocolate that she noticed an improvement

‘I had no confidence, especially when it came to boys and relationships. I thought that no one would like me.’

In an attempt to combat her acne, Mariia visited multiple dermatologists, cosmetologists and doctors who prescribed three kinds of antibiotics and various birth control pills.

After a cosmetologist commented on her diet, Mariia stopped eating chocolate and although it has taken a year to see the results, she said the change in her skin has been ‘significant’.

Is Taylor Swift At The 2019 Oscars? Here’s What Fans Should Know