The ‘Station 19’ and ‘Grey’s Anatomy’ crew lost one of their own during the November 11 crossover episode. Meanwhile, Amelia and Link both made bold confessions.

The November 11 episode doesn’t start in the immediate aftermath of the Station 19 explosion, it begins in Minnesota. Meredith is getting flirty texts from Nick before she heads into the clinic. Meanwhile, Amelia is already at the clinic, but Kai got there even earlier. While doing a trial, Tom shows up to help the group.

Megan sends Farouk into heart surgery, and she’s trying not to freak out. Hayes is there to calm her worries. While Owen and Teddy are working on a veteran, the room begins to shake. Owen thinks it’s a bomb, but it’s actually the pipeline explosion from Station 19. Bailey can’t get in touch with Ben, and she starts to worry. 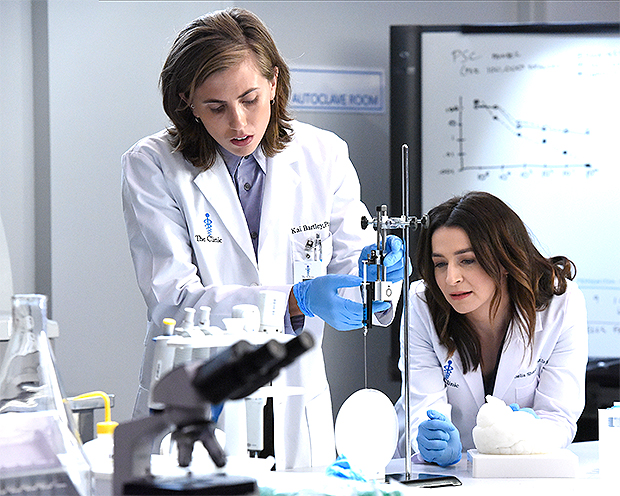 There are no patients flooding the OR in the aftermath of the explosion. Owen is patiently waiting for the room to fill. Teddy can’t seem to find Megan. Owen is preoccupied with the “bomb,” but Teddy reminds him that this was an explosion and not a bomb.

In the middle of Farouk’s surgery, Megan comes rushing in because of the explosion. She sits down to hold Farouk’s hand during the surgery. Winston doesn’t think it’s a good idea for her to be there. Hayes tries to talk her down, but she’s forceful, so she stays.

The first ambulance to arrive from the explosion contains Vic. She seems to be OK and doesn’t know what happened to Miller. When the second ambulance arrives, there’s no siren. “There’s a dead person in there,” Bailey says.

The door opens and Jack walks out and then Ben. Miller is dead. They tried to save him, but it was too late. Ben soon remembers the promise he made to Miller about taking care of baby Pru if something ever happened to him.

Travis and Andy show up and learn the devastating news of Miller’s death. Travis doesn’t want to keep the news from Vic. He sits down and tells her about Miller as Ben and Bailey watch. Ben tells Bailey that he told Miller that he would take care of Pru. 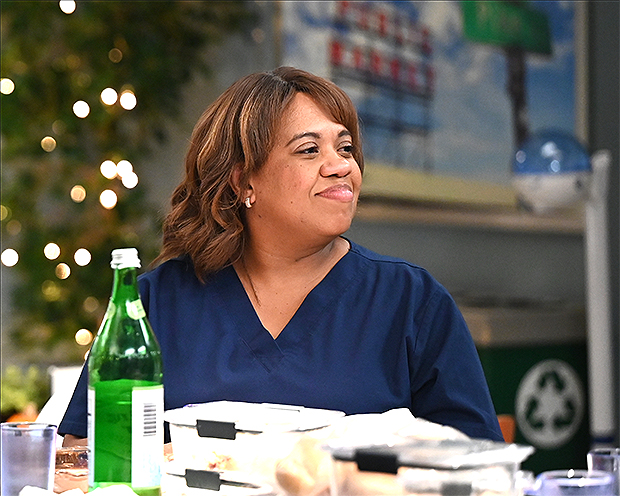 Before Bailey can react, Vic starts to code. There’s a scary few seconds for Vic, but she makes it. “Is it real?” Vic cries to Travis. Travis can’t lie. Miller is gone forever.

Back in Minnesota, Hamilton doesn’t want Tom to work on the Parkinson’s project because Tom slept with his daughter. Meredith tells Hamilton to not hold a grudge, but Hamilton is insistent. Meredith decides to go to Nick about what’s going on with Hamilton. Doctors make the worst patients, Nick says. Nick advises Meredith to remember that she’s in charge of this project. Meanwhile, the flirt is ON between Kai and Amelia.

Bailey and Ben pick up their conversation about baby Pru. “You know how badly I’ve always wanted a little girl,” Bailey admits. She’s just worried that she’ll fall in love with Pru, and then her grandparents will come to take her away. Bailey can’t deal with that.

Travis breaks down to Schmidt about what happened with Miller. Travis, Andy, and Theo rally around Vic as they mourn the loss of Miller.

Bailey is still trying to figure out what to do about Pru. Jo helps convince Bailey to take Pru in. Pru deserves a loving home that Bailey and Ben can provide. Andy soon brings Pru down to the lobby. Bailey opens her arms and Pru walks right to her. Bailey tells Pru that everything’s going to be OK.

Megan breaks down after Farouk’s surgery, and Hayes is once again there to comfort her. Hayes does end up telling Owen and Teddy about what’s happening with Megan and Farouk. They rush to her side.

After their shift is over, Jo is outside waiting for Link. “What happens if I die?” Jo asks Link. She wants to know what will happen to Luna. Link doesn’t hesitate to tell Jo that he’ll take Luna in. “I’ve got her,” he promises. 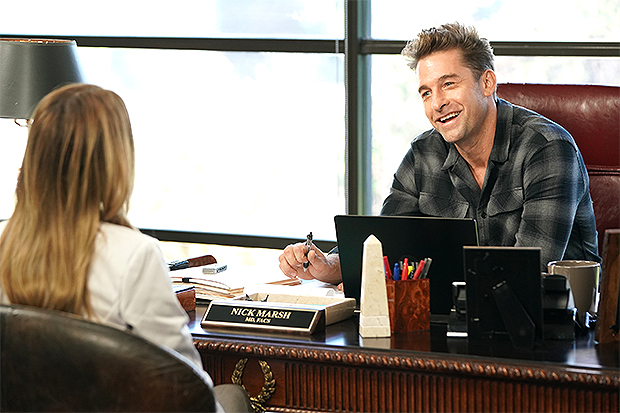 Kai and Amelia are the last ones at the lab. Kai brings up what Tom said about Amelia’s “happy little family.” Amelia reveals to Kai that she has a beautiful son with Link, but she’s single. Amelia asks whether or not Kai is single. Kai says they’re married… to the lab.

Meredith and Nick meet up after work, and they’re done keeping their feelings at bay. They share a passionate kiss before heading to dinner.

The Music of ‘Dahmer’: How an ‘80s Pop Soundtrack Releases Tension From a Haunting Score and Story