After being friends for more than 15 years, see who made the first move.

Chelsea Handler is sharing the story behind her romance with Jo Koy.

During the Season 2 premiere of Handler’s podcast, “Dear Chelsea,” on Thursday, Koy appeared as a guest, and the two comedians recalled how their years-long friendship transformed into a romantic relationship. 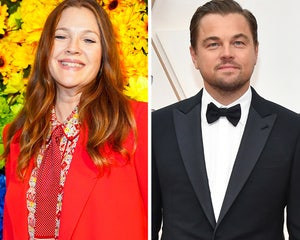 As Handler, 46, explained, before the coronavirus pandemic began, Koy, 50, reached out to her to write a “blurb” for his book “Mixed Plate,” adding that they hadn’t spoken “in years.” The two then “started talking” and even had a “fun” night at Handler’s old house.

The former “Chelsea” host then went skiing in Whistler, Canada for a few months. Koy later came to Canada as well, but he was shooting a movie in Vancouver. The pair FaceTimed, but didn’t see each other in person for “about four months.”

“The minute we were both back in LA, we were like, ‘Let’s go to dinner,” Koy said, with Handler noting that it was “very organic.”

And things took a turn when the Handler had a show in Las Vegas and Koy came to see her.

“You walked in and I just remember seeing him and being like, “Oh, oh. OK. Wait a second. Something’s happening here,” Handler recalled, adding that Koy was “so attentive” that night.

When they returned to Los Angeles the following day, the two went out and had a “really fun night.” Handler said she then “made a move.”

“First I said, ‘Do you want to hold my hand?’ while we were driving and you were like, ‘Yes,'” she said to Koy. “Then we got back to my house and made a move and said, ‘Listen, let’s get this show on the road already.'”

And the rest — as they say — is history.

Handler and Koy have been friends for over 15 years, with Koy revealing on the podcast that they met through comedian John Lovitz. Handler and Koy later went on to work together for years as Koy often appeared on the panel on Handler’s late-night talk show “Chelsea Lately,” which ran on E! from 2007 to 2014. The now-couple praised their chemistry at the time, with Koy calling it “amazing.”

“You thought that chemistry was sexual and I thought it was comedic,” Handler said. Koy then interrupted, saying, “Never ever did I ever say that!”

The “Chelsea Does” star said she felt that Koy had “brother energy,” noting that he actually does “have a lot of similar qualities that [her late] brother had.” Handler’s brother Chet passed away when she was young. 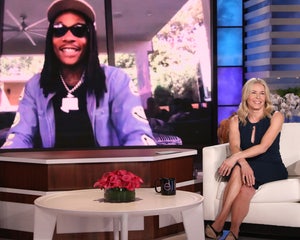 Chelsea Handler Recalls Getting High with Wiz Khalifa at a Celeb Dinner Party, Talks Doing Drugs with Her Landscaper

“So, in many ways, I just feel so completely safe,” she explained. “And I feel like, ‘Oh, this is family.’ Like I’ve always felt that way about you, that you’re family.

The “Life Will Be the Death of Me” author also revealed during the episode that she could have “had feelings” for Koy early on, however, she said she was “probably” “suppressing” them at the time.

“I was just not in touch with myself to understand. I knew I liked talking with you and having you in my life because you’re positive and upbeat,” Handler said. “It’s infectious and I loved all of that. But I wasn’t like, ‘Oh, my God!’ [or] had this desire to have something happen, no, I wasn’t thinking about that at all.”

“By the way, who gives a s— because look where we are now,” she added. “I would’ve ruined it if I had those feelings earlier, probably.”

Following speculation and reports that the two were dating, Handler confirmed their relationship last month on Instagram, below.

Confused About Aunt Lucy's Mysterious Death in Dumplin'? Here's What You Need to Know