A husband who’s been called ‘too unattractive’ to be with his ‘hot wife’ has hit back at trolls in a series of videos on his rapidly growing TikTok page.

Scott, from the Houston, Texas and his wife Divine, from the Philippines, have been together for five years after she messaged him on Facebook in 2017 thinking he was someone else.

After several conversations the pair began a long-distance relationship. 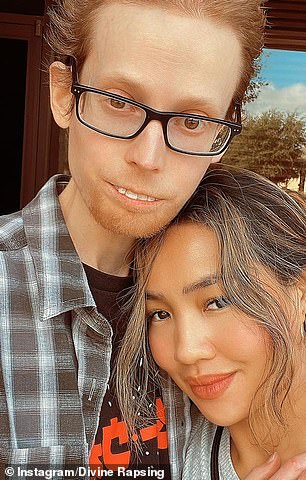 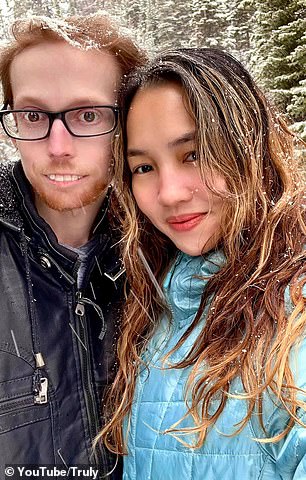 Scott, from the US, (left) and his now-wife Divine, from the Philippines, (right) have received nasty comments from strangers on TikTok over their difference in appearance. The pair have been together for five years after Divine messaged Scott on Facebook in 2017 thinking he was someone else

In November 2017 Scott visited Divine in the Philippines for the first time, and later proposed to her. They continued their long distance relationship for four years until Divine moved to the US and the couple wed.

In 2021 they started posting videos on TikTok about their relationship but hundreds of cruel followers refuse to believe they could ‘ever be together’.

Many assume Divine is only with Scott because he ‘has money’ or to get a ‘green card’ and stay in the US. 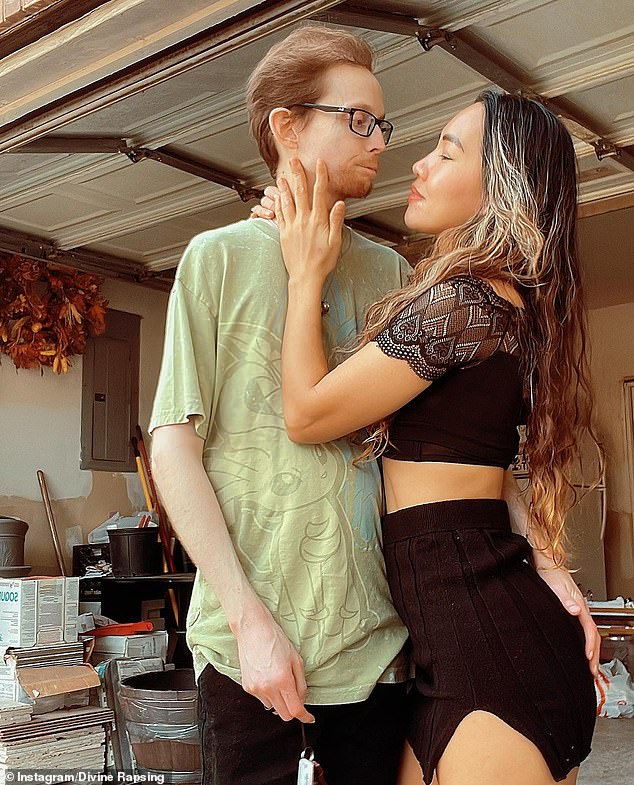 The loved-up pair continued their long distant relationship for four years until Divine moved to the US and the couple wed. In regards to the hurtful comments, Scott told Truly: ‘Because you keep seeing the same thing over and over again. There’s just no effect anymore’

‘Before I met Divine, life was pretty boring. My life was at a total standstill,’ Scott said in a YouTube video by Truly.

Scott said he suffers from a chronic autoimmune disease called Scleroderma that started when he was 13 and ‘morphed’ his appearance, but it’s ‘not expected to get any worse’.

In regards to the hurtful comments, he said: ‘Because you keep seeing the same thing over and over again. There’s just no effect anymore.

‘We’re just two normal people…there’s always going to be someone out there that’s not going to think about it (your appearance),’ he said, and Divine couldn’t agree more.

Divine said it’s ‘hurtful’ to think others believe she’s only with Scott for financial reasons and she claims it couldn’t be further from the truth.

While the couple are happily married, they’ve been met with nasty comments by strangers.

In a TikTok video that’s amassed 14,000 views, the couple listed the ‘weirdest questions’ they’ve been asked by strangers on the internet.

From ‘are you a real couple?’ to ‘are you sexually active?’ and ‘does your wife ever wash her hair?’, the haters don’t hold back.

In response to the comments, the couple post slightly snarky remarks to make light of the hate.

Based on her looks, another person assumed Divine was ‘very young’ but in a TikTok video Scott said with a laugh: ‘Don’t let your eyes deceive you, she’s way older than you think she is.’ 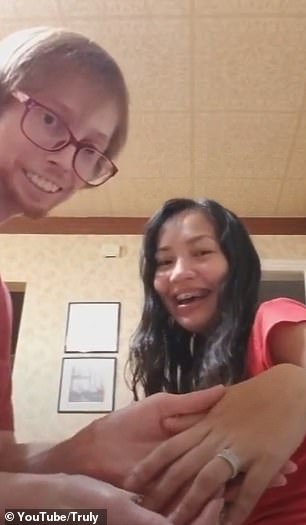 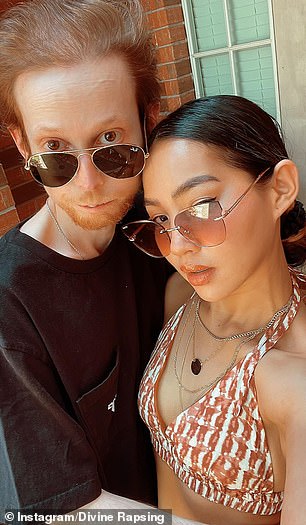 Scott said Divine ‘freaked out’ when he proposed and said ‘yes’ (left). While the couple are happily married, many have questioned the authenticity of their relationship (right, pictured now)

‘When you’re at work I doubt she is loyal to you,’ one person wrote in the comments of one video.

‘This girl be mad using him. Sad thing is he doesn’t realise,’ another remarked, a third said: ‘Bro there’s no way he’s hitting that.’ 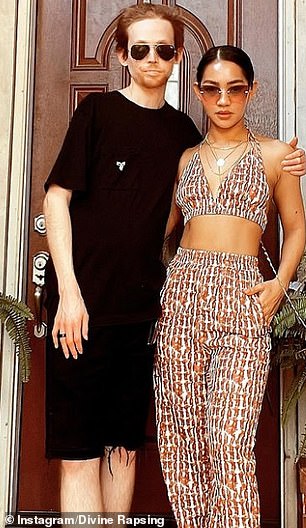 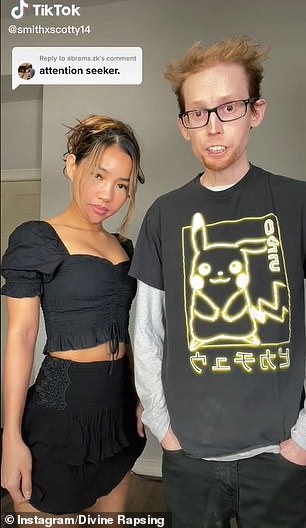 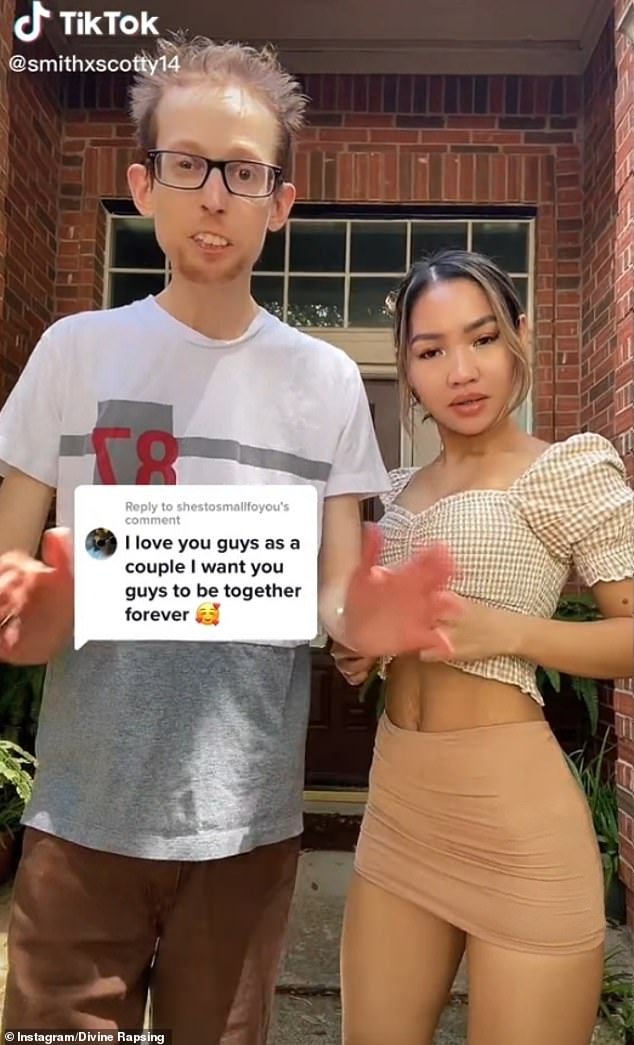 Despite this, the pair don’t pay attention to the hurtful comments. They also have a number of fans who say the hates should ‘get a life’

But the couple don’t only receive hate, they have a number of fans who seem to support their relationship.

‘Wow, you are both so classy! Very nice couple indeed,’ one person wrote.

Another said:  ‘You guys are [an] adorable couple.’

A third clapped back at the haters and said: ‘Why are you so bothered about what they post on THEIR account? Get a life.’