A single mother has revealed she’s struggled to find love because she’s on benefits – with cruel dates even branding her a ‘parasite’.

Lynn McDermott, 48, from Southampton, Hampshire, was diagnosed with endocarditis – a rare infection of the heart’s lining – five years ago.

On Boxing Day 2017, the single mother underwent a valve replacement and was in a coma until June the following year.

Since then, Lynn has struggled with rheumatoid arthritis and become immunocompromised – meaning her body was unable to fight off infections and diseases.

As such, the mother – who used to work in sales – now receives Universal Credit, PIP (Personal Independence Payment) and ESA (Employment and Support Allowance), which add up to £21,000 per year. 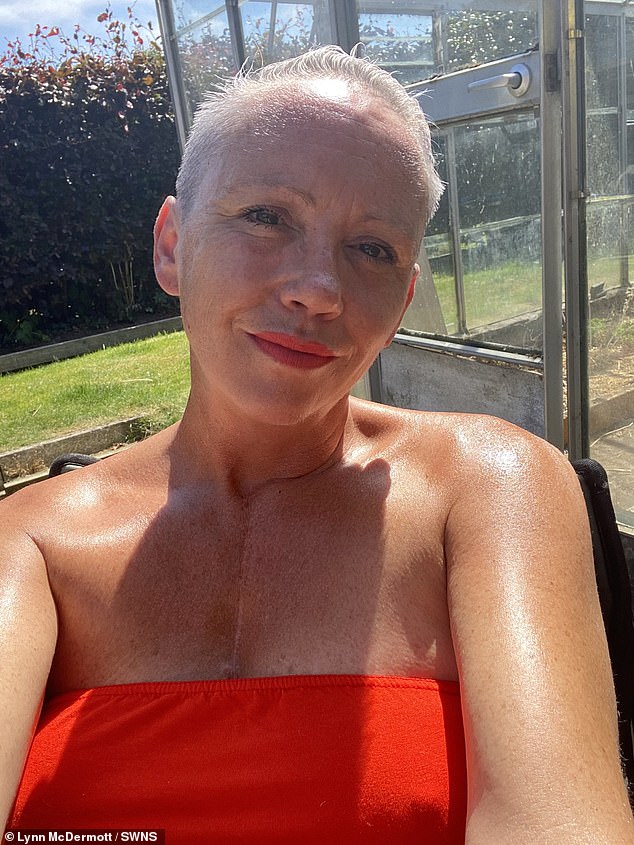 Lynn McDermott, 48, from Southampton, is unable to work after an endocarditis diagnosis in 2017 left her immunocompromised. The single mother with her heart surgery scar on display 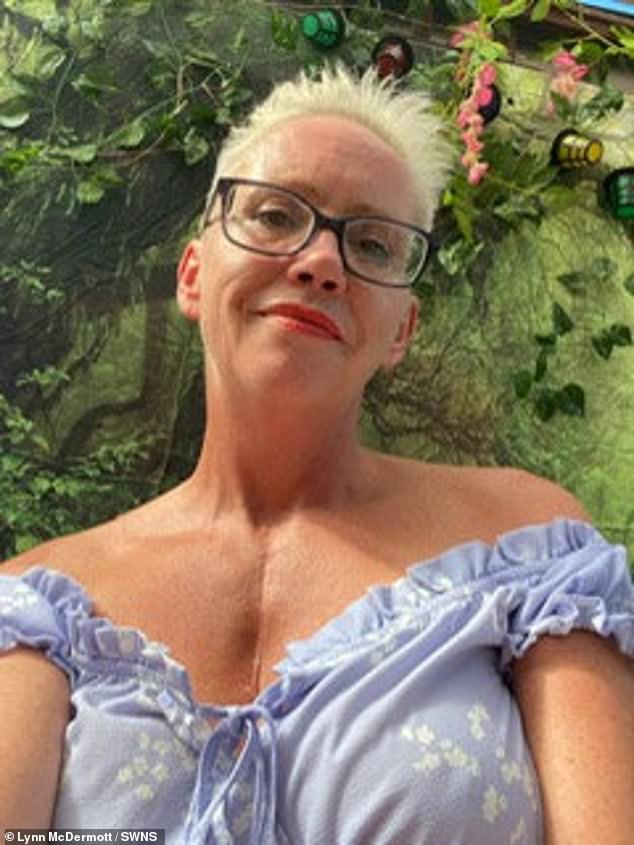 In the past few years, Lynn has tried looking for love on dating websites such as Plenty of Fish and eHarmony.

But whenever talk turns to employment, that’s when Lynn says the conversation turns nasty.

She explained: ‘One guy told me I was a parasite. He said, ‘You can walk and talk, why can’t you work?’

‘I’m not financially able to take people out, but most of the men are divorcees who seem to think I’m after their money. 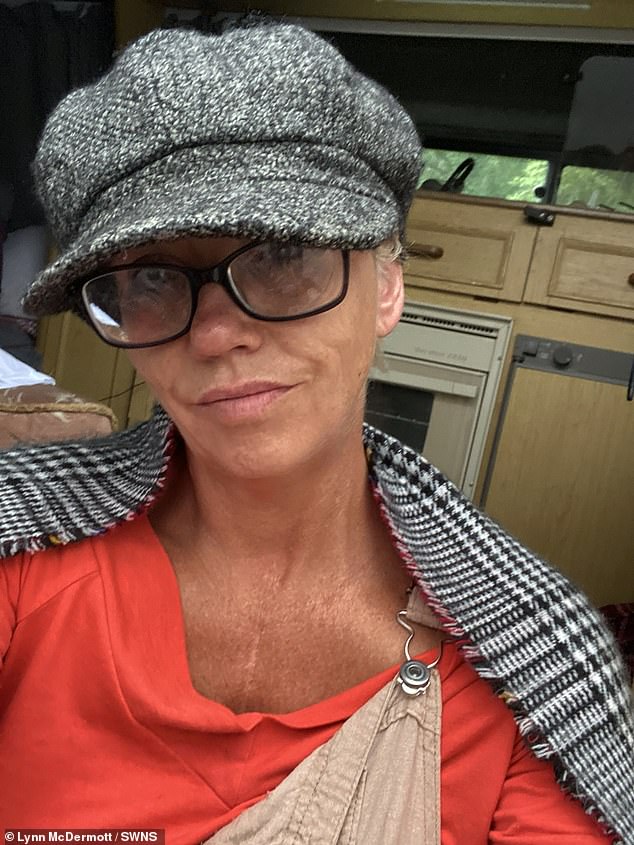 Endocarditis is a rare and potentially fatal infection of the inner lining of the heart (the endocardium). It’s most commonly caused by bacteria entering the blood and travelling to the heart.

Although the heart is usually well protected against infection, it may be easier for bacteria to bypass the immune system in people who have:

‘I’m not looking for any kind of handout in any way, I’m looking for love and that’s all I want. I just want to be loved and to love someone else.’

She continued: ‘My disability is that I’ve got heart failure but you’d never know it to look at me.

‘I’m put down as disabled and unable to work because of my disability – but no one would know this because I don’t have a leg chopped off or anything and I just carry on with my life.

‘I had a PIP assessment and the paperwork with me with the issues I have – the heart failure and everything will not get better.’

When users first sign up to the websites, Lynn claims she’s been asked about her income and says she got ‘loads of replies’ at first.

Lynn said: ‘I last went on Plenty of Fish six weeks ago and had 354 replies from people – they obviously like the look but they just don’t appreciate that I’m disabled and on benefits.

‘I went out on a date with two of them and the first words are, ‘Are you a divorcee?’ and, ‘Do you own your own home?’.

‘A guy I recently dated asked on the second proper date about finances.

‘I said, ‘What’s that got to do with anything?’. He said he didn’t want someone sucking all his money away because he was loaded.

‘The pound signs should not be about anything, it should be about what the person is like on the inside, not a disability or that they’re ‘sucking the life out of Britain’.

Although Lynn says she’s gotten through to a few of her dates, they still couldn’t move past her financial circumstances.

She added: ‘I’ve had a couple of people say, ‘Yes, everything you’re saying is right – but it’s still not for me and I can accept that’.

‘What I don’t accept is that I’m undatable because I’m on benefits and people on benefits are no one, they’re scum. For me, I don’t know where this hatred of benefits comes from.

‘Every man I question says it’s about what I can offer them rather than what they can offer me and they don’t want someone who doesn’t have the ability to take them out.

‘I can still go out for dinners, drive, everything – financially I just cut my costs to whatever I’m going through.

‘All I want is trust, reliability, for them to love me as much as I love them – it just shows they’re so uneducated and judgemental.

‘A strong woman behind a strong man can only be a positive. It doesn’t matter if they have pounds in the bank. If people want to judge me without knowing me, that’s their failure.’