Home » Lifestyle » I Was An “Attorney” At A College Assault Hearing. That’s Why I’m Against The New Title IX Rules.

In this op-ed, Sonali Mehta, an undergraduate student, explains how her experience during a school’s sexual misconduct hearing influences her thoughts on Betsy DeVos’ proposed Title IX rules.

“Do you usually have casual sex?”

I was a sophomore in college sitting under fluorescent lights when a university administrator asked my friend this question. Seated in the same room, on the other side of a screen, was another pair of people: the man accused of sexually assaulting my friend, and his attorney.

Under our school’s procedure for sexual misconduct hearings, both students — the complainant and the respondent — are allowed one person to act as an adviser. My friend, the complainant, asked me to be her adviser, and I agreed, determined to do anything I could to support her. The respondent hired an attorney.

The sexual misconduct hearing was an excruciating nine-hour affair. The panel, made up of three university administrators, asked my friend question after question. What was the party like? How many drinks did you have? What do you think you gained from this experience? Her answers: typical, three, nothing. Meanwhile, I scribbled furious notes on a legal pad, obtained from my days competing on our school’s mock trial team. During the last recess of the hearing, I quickly tapped out a closing statement on her laptop for her to read. She did, hands shaking and voice steady. We both left exhausted. 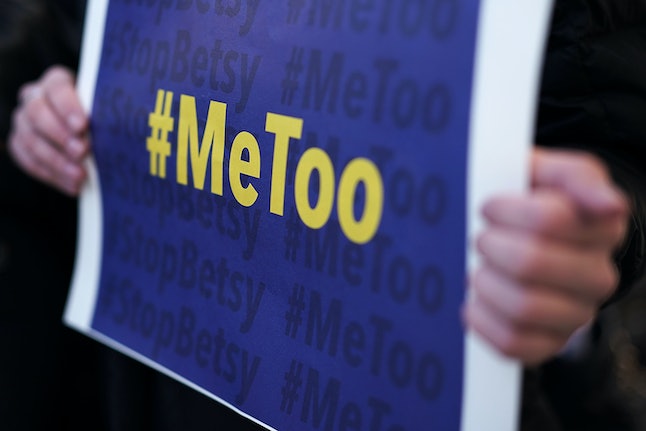 A few days later, we were called back into the Office of Student Conduct to receive the verdict. The two men on the panel found for him. The one woman found for my friend. Thus, in a 2-1 decision, he was deemed not responsible for a violation of the sexual misconduct policy. My friend told the school that this man raped her at an off-campus party, and this was its response. In short — it was devastating.

The Title IX laws governing cases of sexual assault and harassment need reform. Universities do not ensure that students have access to fair processes when dealing with instances of sexual misconduct. On that much, Betsy DeVos and I agree. However, the proposed Title IX rules, released by the Department of Education earlier this month, are severely flawed and out of touch with the realities of college students. The administration’s failure to incorporate evidence-based policy solutions in the Title IX reforms reveals its unwillingness to stand by the 33 percent of college-aged women who have experienced nonconsensual sexual contact.

Under the new Title IX rules, “cross-examination must be allowed” and should be conducted by each party’s adviser — who can be legal counsel — during live hearings. But unlike criminal defendants, students are not granted the right to legal representation. The disparity between students who can and cannot hire an attorney has always been severe, as evidenced by my role as an adviser for my friend. However, under the proposed rules, those with the financial ability to retain an attorney for their hearing are significantly privileged in their ability to prepare for and argue their case, as advisers will take on an active role during the cross-examination of both parties. The effects of this change are not hypothetical: At my friend’s hearing, the respondent’s hired attorney would have had the right to cross-examine my friend, while I, an undergraduate student, would have questioned the respondent.

Also included in the rewrite is a condition that under Title IX, for a school to respond, the allegation “must involve conduct that occurred within the school’s own program or activity.” As survivor advocates were quick to point out, 87 percent of college students live off-campus, rendering them virtually unprotected by Title IX. Under the new rules, my friend may not have ever entered a hearing room at all. 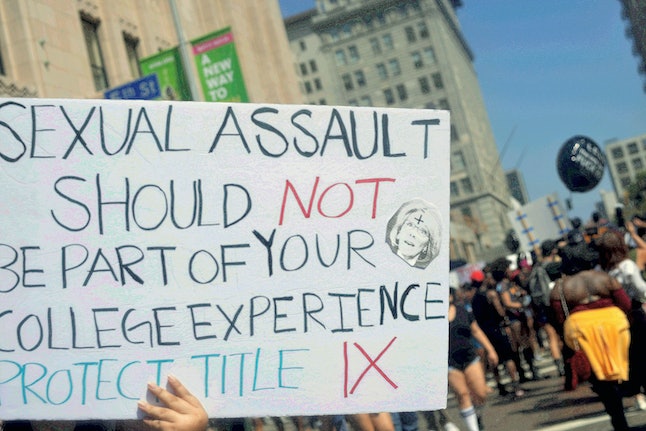 To be sure, the proposed rules are not all equally regressive. The rules would also mandate that schools offer supportive measures for survivors such as providing no-contact orders, moving dorms, or changing class schedules, even in the absence of a formal complaint. Under the new rules, schools may facilitate “informal resolution” of complaints, including restorative justice models. Restorative approaches center around the needs of the victim, significantly decreasing the risk of re-traumatization posed by the traditional live hearing. A growing body of research demonstrates the benefits of restorative justice in cases of sexual misconduct, citing victim satisfaction rates of up to 92 percent. But despite these positive changes, the pitfalls of the new rules are far too damaging to become law.

In just a few short months, I will begin applying to law school. I was not a lawyer when I acted as one for my friend’s hearing. One day, I will be. Hopefully, when I begin practicing law, sexual violence will be treated as the serious, violent crime it is. But until that day comes, the Department of Education must focus on encouraging survivors to report incidents of sexual assault, while simultaneously holding perpetrators accountable for their actions.

The public comment period for the new Title IX rules is now open. You can find out how to submit your thoughts here.