I was kicked off Winter Wonderland’s ice rink after a visitor complained about my mini-skirt – I was humiliated, I felt like I’ve been bullied by staff

A woman has claimed she was left ‘humiliated’ after being kicked off the ice rink at Winter Wonderland over her ‘inappropriate’ skirt.

Lowri Rose, 23, visited the tourist attraction in Cardiff earlier this month and says her experience was ‘completely ruined’ when another visitor complained about her attire.

The OnlyFans model was dressed in a cropped white turtleneck jumper, plaid mini skirt and some knee-high socks for her festive evening out with friends.

Underneath her skirt, Lowri wore a pair of light brown spandex shorts as she had planned to go ice skating that night. 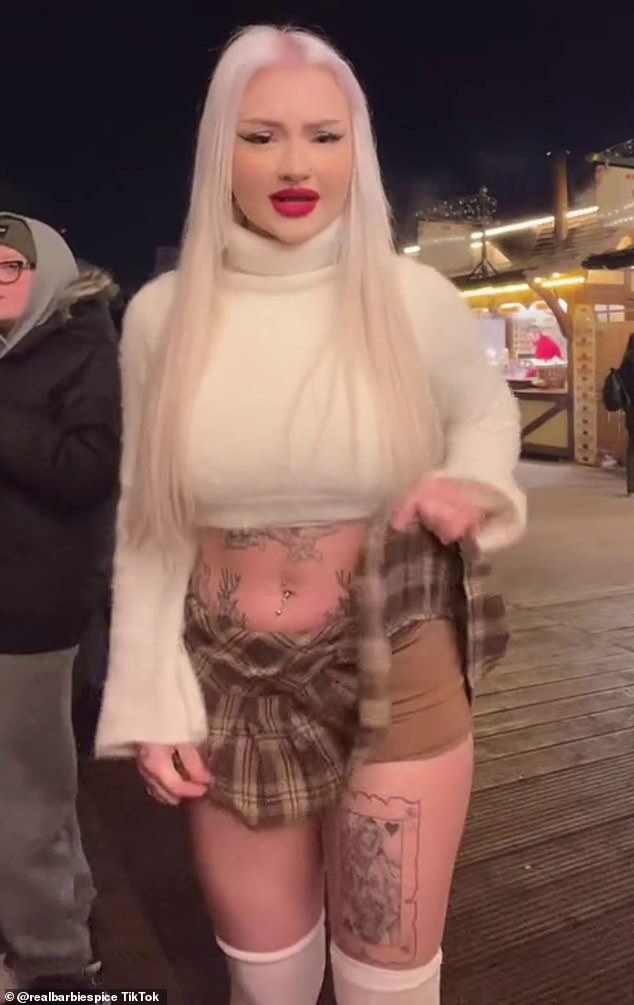 Lowri Rose, 23, says a ‘Karen-type’ visitor complained about her outfit at Winter Wonderland

Speaking to the Daily Star, Lowri said this isn’t the first time she has been ‘harassed’ by a ‘Karen-type’ of woman.

She explained: ‘I knew as soon as they wanted to pull me off the ice what it was for. I know it’s due to how I look in general because this is such a frequent occurrence from some women.’

Although she would have understood the criticism if her skirt had been exposing her, Lowri says it was ‘out of order’ that she was removed from the ice rink as the park doesn’t have a dress code outlined on their website.

Complaining about the incident on Twitter, Lowri insisted that her outfit ‘completely covered her’. 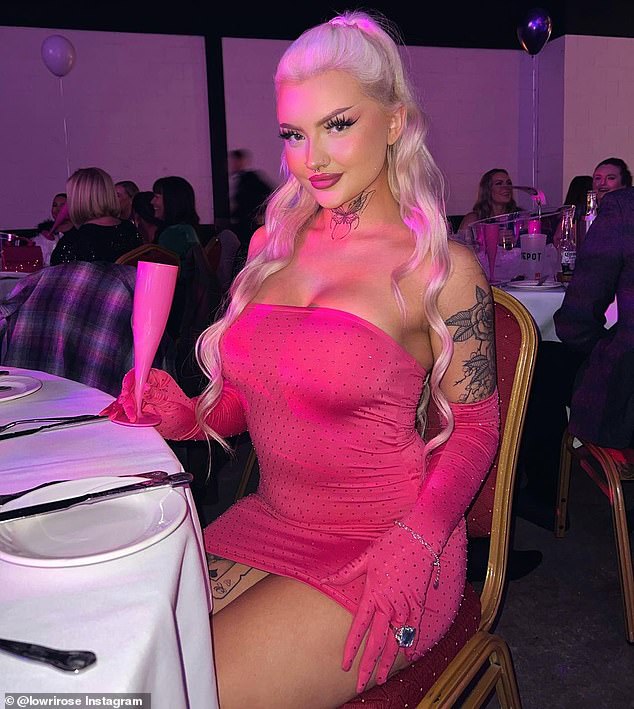 The OnlyFans star boasts 28,000 TikTok followers and demanded an apology from the theme park on the platform. Pictured: the star attending a glamorous gala earlier this year 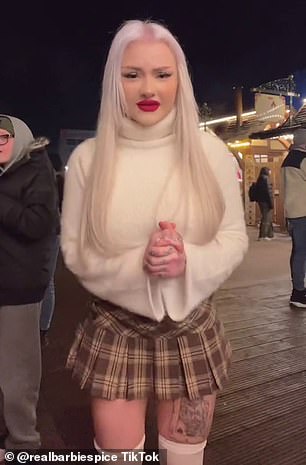 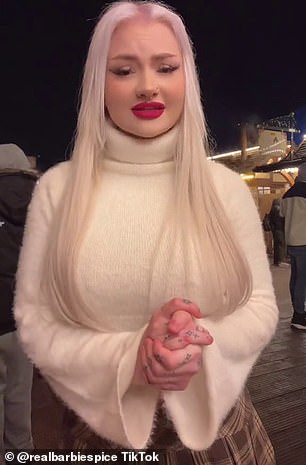 Only Fans star Lowri Rose blasted the fellow visitor for complaining about her outfit. The model claims she was told to cover up with a coat before she could return to the ice

A ‘Karen’ is a term for a self-righteous woman, sometimes racist and usually middle-aged, who tells people how to do their jobs, asserts their rights and complains to the manager.

A Karen meme is often combined with the quote: ‘Can I speak to the manager?’

The male version of a ‘Karen’ is sometimes referred to as a ‘Kevin’.

She fumed: ‘I’d like to know why I was pulled off the ice yesterday and humiliated by staff for wearing a skirt (with shorts underneath). I hadn’t realised there was such a strict dress code for skating? Not sure why your staff comply with blatant bullying.

‘If a female customer complains because of how I look shouldn’t they be told that it’s wrong to single someone out? It’s not uncommon to wear a skirt on a Friday night in the city centre. I know this was due to how I look (I’m covered in tattoos).’

After removing her from the rink, Lowri claims staff told her she would need to cover up with a coat if she wanted to do any more ice skating.

However, the social media star – who boasts 28,000 TikTok followers – says she shouldn’t have to be made to take her coat out of the cloakroom when she had paid to store it there.

Insisting that her outfit wasn’t ‘uncommon’ for a Friday night in the city, Lowri demanded a full refund and an apology from the park.

In a follow-up TikTok, Lowri said: ‘Would this happen if I didn’t look like this? I don’t think so.

This woman claims she was kicked out of a restaurant over her ‘inappropriate’ top -but STILL doesn’t see the problem with it.

Mother-of-two reveals she removes her decorations down at 6pm on Christmas Day – people troll her for it but she’s thinking of her daughter.

Scream Star Mason Gooding on the Influence of Chadwick Boseman in Black Panther: I Began to Believe in Myself