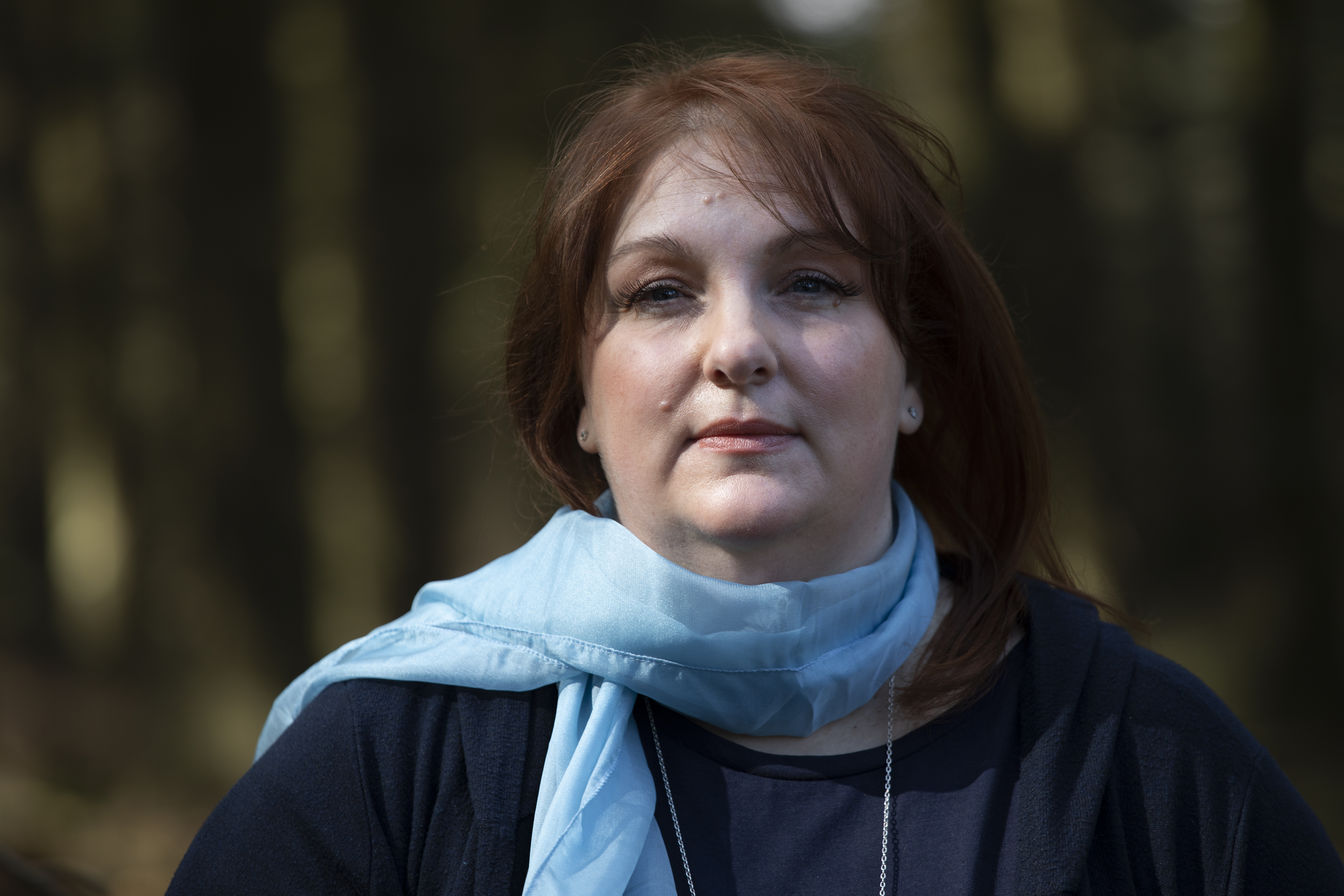 When my husband Andy and I discovered our second child was on the way, we were thrilled. Our son Noah, then almost two years old, would make a great big brother.

Pregnancy was smooth, but at the 12 week scan, we got shocking news. Our baby had a cystic hygroma, a fluid-filled sac stretching from head to bottom, as well as higher than normal fluid thickness at the back of the neck.

We had no idea exactly what it meant – the sonographer said it could be a number of things. They referred us to the Fetal Medicine Unit for further tests. We left the hospital feeling deflated.

A week later, we got the results – my pregnancy was very high risk for a Trisomy (chromosomal) condition such as Down’s, Edwards’, or Patau Syndrome.

I was devastated but still didn’t understand the full ramifications. Looking online for more information, what we read was harrowing; heart-breaking survival rates and terms like ‘incompatible with life’.

I was terrified and felt ill with worry, yet still determined that we could come through it.

We got to our appointment a few days later at the Fetal Medicine Unit but the consultant didn’t give us much reassurance. At one point, he advised me to abort the pregnancy as survival was unlikely, but this was our much-loved baby.

I couldn’t understand how he could be so cold, clinical and matter-of-fact about our child. I was so angry, and I still am.

We agreed then for a CVS (Chorionic Villus Sampling) test to be done, which is where a needle is used to collect sample cells and tissue of the placenta. Waiting for the results to come back was agonising. Andy and I couldn’t think about anything else.

A few weeks on, a nurse called to confirm that our baby had Trisomy 18, Edwards’ Syndrome. It’s a rare but serious condition where the child has three copies of the 18th chromosome. We also learned we were expecting a girl.

An amniocentesis test – where a needle collects amniotic fluid from around the baby – was recommended and we booked one in the following week to check if Edwards’ Syndrome would affect our daughter.

At the appointment, the doctor began an ultrasound. He was very sympathetic as he gently explained that they couldn’t find her heartbeat. Sadly, our beautiful Hope had passed away at 18 weeks. We were heartbroken.

We were guided to another room to discuss what would happen next. We decided to go home to let things sink in. Later that night, I started having contractions and Andy took me to the hospital.

I remember being so hurt that we couldn’t get a birth certificate. No proof that she even existed. Hope was classed as a ‘late miscarriage’ because she was born before 24 weeks. I felt like I had failed our beautiful daughter.

It was hard walking out of the hospital with empty arms. We also didn’t get to have a funeral, as the hospital told us there wouldn’t be enough ashes so they suggested she be cremated with other babies born early. We couldn’t attend but her ashes were scattered with others in the baby garden at the local cemetery.

The grief was overwhelming at times and juggling life while looking after our two-year-old son Noah was hard. Not only were we struggling with the loss of Hope but we were also grieving for the future we had planned in our head of raising Hope and Noah together. It took me a long time to make peace with what happened.

It was 2018 when we felt ready to try again for another child. We asked the hospital what the chances were of having another baby with Edwards’ Syndrome and were reassured that it was highly unlikely – less than 1%.

We were told the condition isn’t hereditary or genetic and there were no concerns.

We had the 12-week scan and everything looked perfect. We also had some other tests looking for abnormalities, just in case.

We received a letter 10 days later that explained there was a high risk for Edwards’ – a one in 13 chance. We didn’t believe it; surely, we couldn’t be that unlucky?

We pushed aside the worry, focused on being positive. However, at our 20-week scan, it showed several markers that pointed to Edwards’.

Our new consultant recommended more tests and the results confirmed it. Our world shattered once more.

Telling Noah was difficult – it was hard for us to grasp, let alone a five-year-old. We told him about how Hope had died because she was very poorly, which he didn’t know before because he was too young to understand.

We then explained that the baby in mummy’s tummy was also poorly and might die. Noah was asking ‘why’ a lot. We tried to be as honest as we could and kept him as involved as possible but it was utterly devastating.

We let Noah name him. He picked ‘Arlo’ so he stopped being ‘baby’ – he was a real person.

The constant worry that Arlo would die was always there, but we viewed every day he was with us as a blessing.

Our consultant was supportive and honest about everything. From options we could make regarding care, birth or termination. We worked on our birth plan together, knowing we may not get there.

He told us to write down exactly what we wanted – from full interventions to comfort care – because he said that some medical staff may not provide the same level of treatment as they would a healthy baby as survival rates were low.

At that point, we were introduced to Claire House Hospice. The team was with us every step of the way.

Arlo was born by elective C-section on 7 November at 39 weeks. He was a screaming five pound 14 ounce bundle of joy. Our little warrior made it. The love that came with him was overwhelming.

We moved into the hospice when he was two days old. The support was priceless and afforded us the luxury of focusing purely on Arlo and Noah making memories as a family.

Arlo lived for 20 days; all he knew was love. After he passed away, the hospice let us stay in their butterfly suite with him. He was in a cuddle cot, to keep him cold after death, which gave us more time to be with him.

The hospice helped us with the funeral details and helped ensure our wishes were met. They continued our support with grief counselling and therapies and we’re still welcome to attend memorial days, bereaved parents’ groups and sibling days almost three years later.

Same but Different are an organisation that uses visual arts to raise awareness, which is why I was drawn to their ‘You’re Not Alone’ project. It calls for more open discussion and aims to offer support to parents whose children have passed away through life-limiting genetic birth disorders.

At times, we felt helplessly alone, we would have loved to talk to someone in a similar situation. I want families to know that there are people who understand and have walked similar paths – the hardest part for me was juggling grief and life simultaneously.

Raising awareness is essential, especially to remove the stigma around baby loss and miscarriage and open conversations, while also helping to build vital funds for the charities and children’s hospices that provide such a lifeline to families during the worst times.

We still love to talk about Hope and Arlo, yet some people will not acknowledge or mention them, in case it upsets us or remind us that they have died. The truth is, they are in our thoughts constantly. We will always have three children.

Life for us now is a balance, we do everything we can to keep our babies’ memories alive, while getting on with day-to-day life and bearing the grief that sometimes overwhelms us.

It has not got any easier – we miss them dearly, but we have adjusted to living with the pain. By sharing our story, I hope that others will be able to do the same.

The ‘You’re Not Alone’ campaign is jointly funded by The National Lottery Community Fund and Illumina. They’re launching an exhibition and short film, which you find out more about on their website here.

Megan The Stallion Wins First Grammy Of The Night