EVER been stuck when buying a gift or choosing a card?

Well according to one former Paperchase worker, you should head to the stationary store as staff offer a free personal shopping service, where they will go out of their way to find the perfect present or card for your budget – even if they have to pull older items from the back. 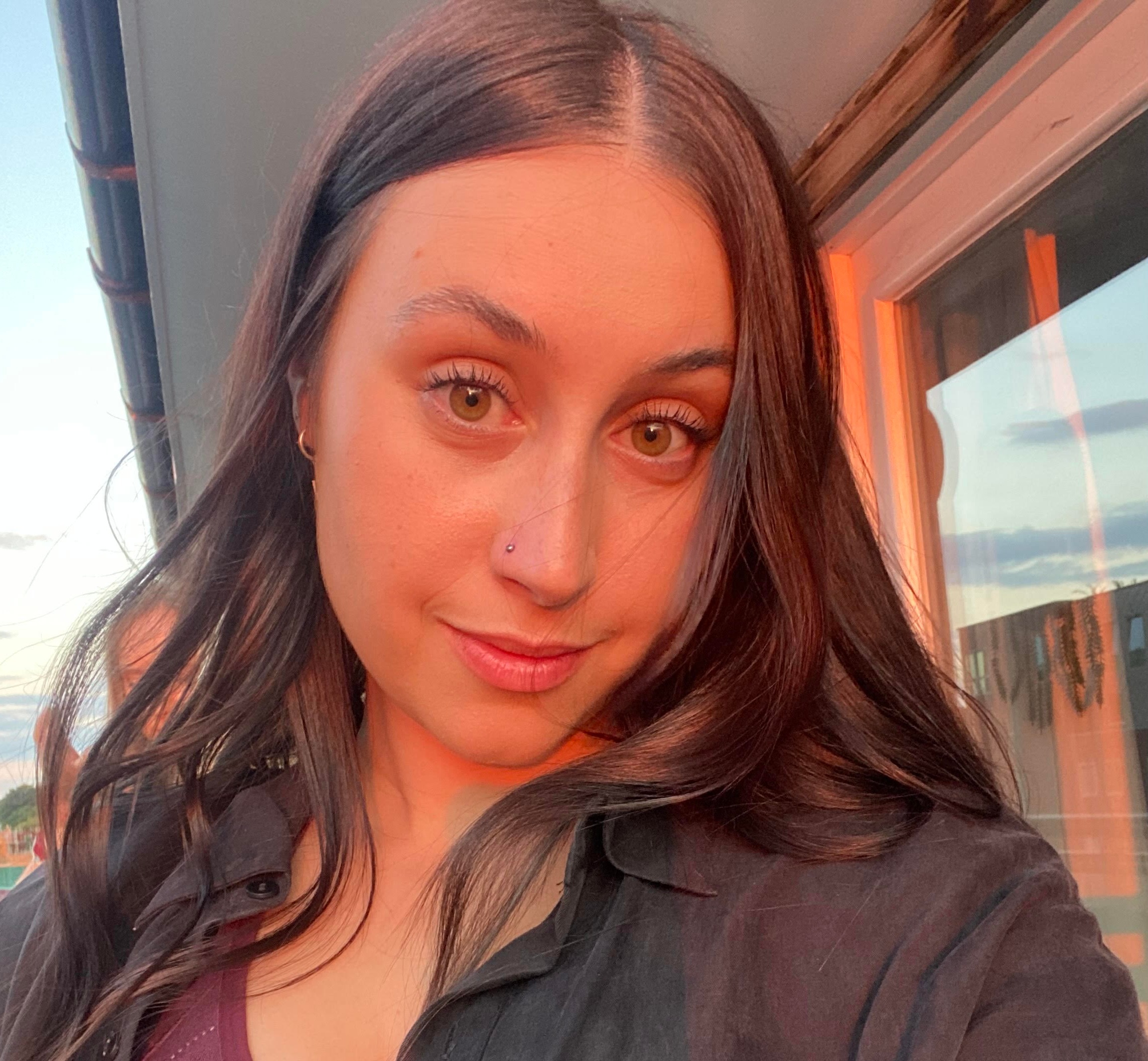 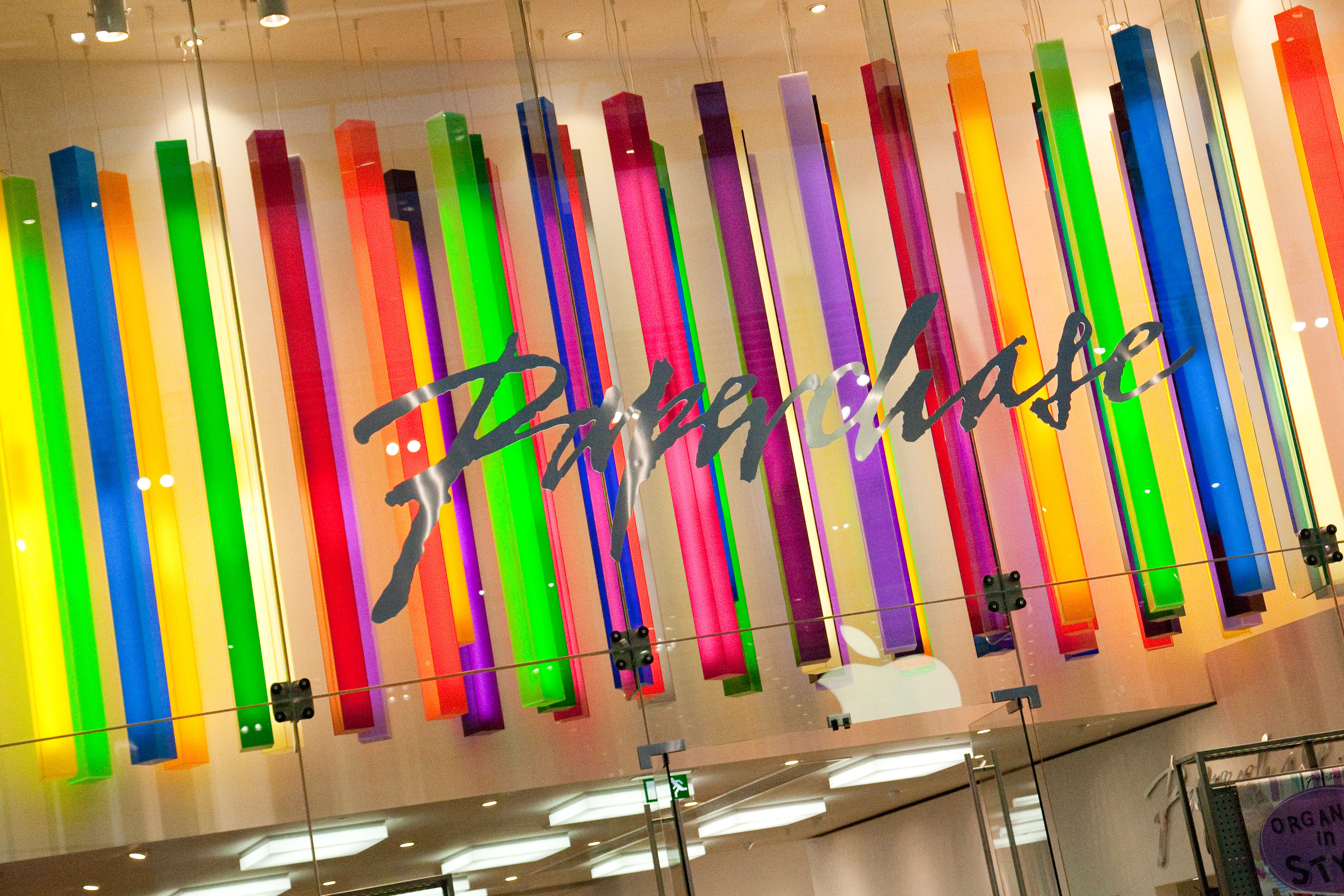 The insider has lifted the lid on working at the high street shop, revealing how to get a fiver off on your birthday and discover when the sales will begin ahead of time.

As part of Fabulous’ series, Talking Shop, we’re finding out what it’s really like to work in your favourite high-street stores.

This week we meet Rachel Mitchell, 29, from Ipswich, Suffolk, who worked at Paperchase on three separate occasions while she was a student.

Rachel, who lives with her four-year-old son and now works as a charity fundraising director, also tells all about how her epic staff discount made her love working at the store, why customers should always put the greetings cards back in the right place and their secret code to alert each other when shoplifters strike. 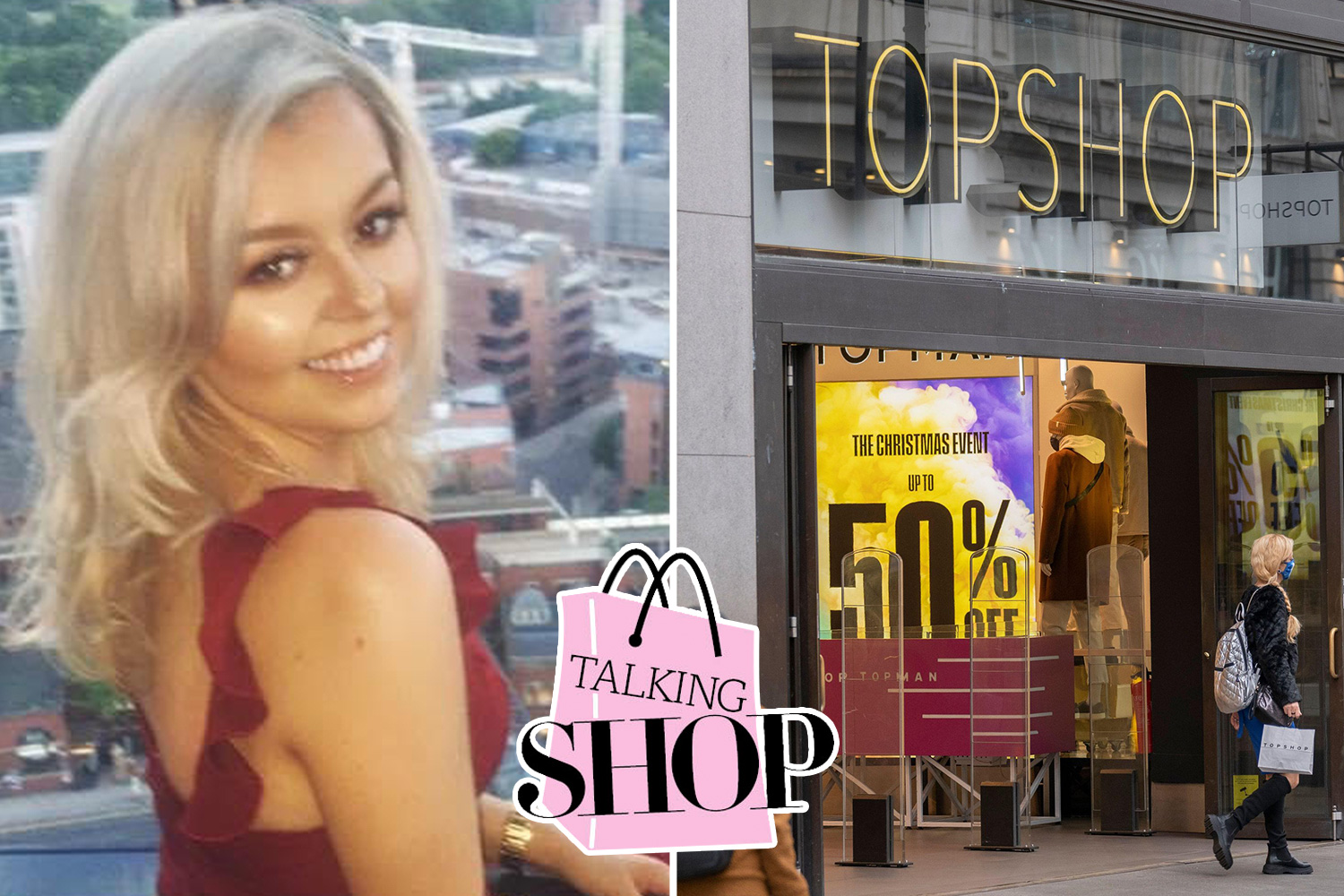 I worked in Topshop, I found gross things in the fitting rooms & there’s more

"There were so many good things about working at Paperchase, but my favourite part was being able to assist in hand-picking products for customers.

A lot of people don't realise that we offer this service – but we have to do it as a task for the interview to get the job – you are given a description of a recipient for example a teenage girl, an occasion e.g. birthday and budget and we had to go around the shop and find the best suited gift and then present back why that was the case.

Sometimes we would offer it to people if we saw them browsing but you can always ask too.

We would try and suggest items that we thought would work well for the kind of the profile they were suggesting and would take them around the shop, ask them about their budget, the kind of person they are buying for.

We'd show them what we've got available and quite often, we'd have older collections out

the back in the stock room that we were able to go and bring those out as well, if we thought that would suit the person.

There was often a lot of stock, so it's definitely worth asking because our collections changed rapidly, so there would be a lot in the back.

If people were shopping for high end pens we'd get them out of the glass cabinet for them to try out.

But we never pressured anyone to buy anything that was out of their budget or not right for them.

It was nice to be able to provide that personal service. That was something that was really quite a big focus for us really, which I think is different to what other stores might be doing.

We'd often get men coming in to buy anniversary cards because even just picking out cards can be difficult for some people.

Paperchase has such massive card walls, so I'd often help guys find the right card that was suitable for that particular couple. 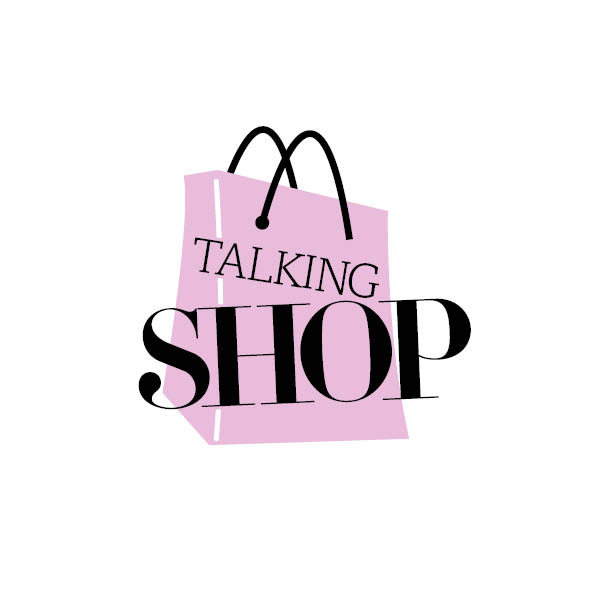 People often don't realise Paperchase sells a lot more than just cards and stationary – they sell a lot of novelty items for hen parties and things, posters, candles, jewellery boxes, backpacks, laptop cases and alarm clocks – one of our biggest selling items used to be these little robot alarm clocks.

And at Christmas they always have these tacky Christmas baubles, which are really popular – ridiculously popular.

Each year there'd always be a standout one that would just go like instantly because people are just like, 'Yeah, I should absolutely have an aubergine on my Christmas tree this year.'

It would be stuff like a dog in a ballerina costume or a burger – so many random glass decorations.

The problem is they get displayed on a wall by the front of the shop and they'd often get broken because people would bash past them or kids would be playing with them.

So that was almost a full time job just watching the baubles.

Customers can also get some good discounts too, their reward scheme is really good.

We offered a student discount but also, if you signed up to the 'Treat Card', you'd receive lots of other great offers including £5 for your birthday and money off every time you'd clocked up £50 worth of spend.

It's free to get so if you haven't already, I highly recommend it.

The sales are really good and usually run in line with other high street sales – they do a good back to school sale where things are often three for two.

Paperchase refreshes the collections a lot and then puts the old collections in the sale so it's often worth hanging on if there's something in particular you want to try to get at a discount.

The Boxing Day sale is probably the best as they cut the prices significantly, but it is very popular.

If you want to stock up on all the Christmas bargains for the next year you need to be there on the first couple of days.

Basically all of my income went back into the shop. I'd buy gifts for everybody, birthdays, Christmas, you name it. As well as stuff for myself I've still got a lot of paper chase stuff now because they have a really long life in them.

I think one of the worst things was when we had to do stock counts. Imagine counting hundreds of individual pieces of paper and pens of all shapes and sizes.

We'd be there for hours. We'd always do it after the store was closed at half past five but we could be there until after 10pm.

The other part of the job which was a pain was the card walls.

People never put the cards back in the right place so you'd have people who would pick up three or four cards to look at and they just shove more back in the same place.

Your shopping habits in numbers

We polled our readers to discover your experiences of shopping on the highstreet.

So you would be constantly reordering cards, pushing the cards back into the correct compartments, then walk away for a minute and someone's back at that set of cards.

The customers very rarely put any card back right to the point where even when I had finished my contract and even probably now, if I went into a Paperchase, I'd be tidying that card wall.

The thing is that's what our managers would always look out for as well as anybody from HQ or our mystery shoppers – we would be pulled up on the card wall if it wasn't tidy so we all had to be a bit obsessive about it.

People should try and put their cards back where they got them from – it would be so appreciated by the staff.

We also had shoplifters especially in the holidays when kids were coming into the shop alone. But there would be older people too.

There was a phase where we sold novelty Iwako erasers which were hugely popular. These were often stolen by younger individuals and proved difficult to monitor.

Other times we'd go around the shop to replenish everything and notice things had just disappeared.

We used to be wary of what we put out and what place we put things in.

We had a code word in the shop for shoplifters and it was somebody's name, something like Joe Bloggs, and then we'd say ‘Joe is here’ or ‘Mr Bloggs is here’ to warn each other about anyone we were concerned about.

I never confronted any shoplifters, we'd be more subtle, sometimes it would be as simple as going up to them and saying 'Do you need a bag for that? Do you need to pay for that item?'

But pens and erasers would go missing quite a bit. The stores are often quite narrow too so it's hard to keep an eye on it but we knew where the hotspots in the store were.

We also had walkie talkies where the town wardens would ring in if another store had shoplifters and give us a description so we could be on the lookout if they came into our store.

I always felt safe though and there was a panic button behind the till for any security concerns but luckily I never had to press that.

But often we'd have discrepancies with the till – I remember one day it was hundreds of pounds but it wasn't just shoplifting, we had to be careful with fake notes or sometimes customers have walked out and their payment hasn't gone through.

There were also times items weren't sold at the correct price.

But overall it was a great place to work – we got to see all the new collections first so we could buy things as soon as they were out and most of the customers were really nice." 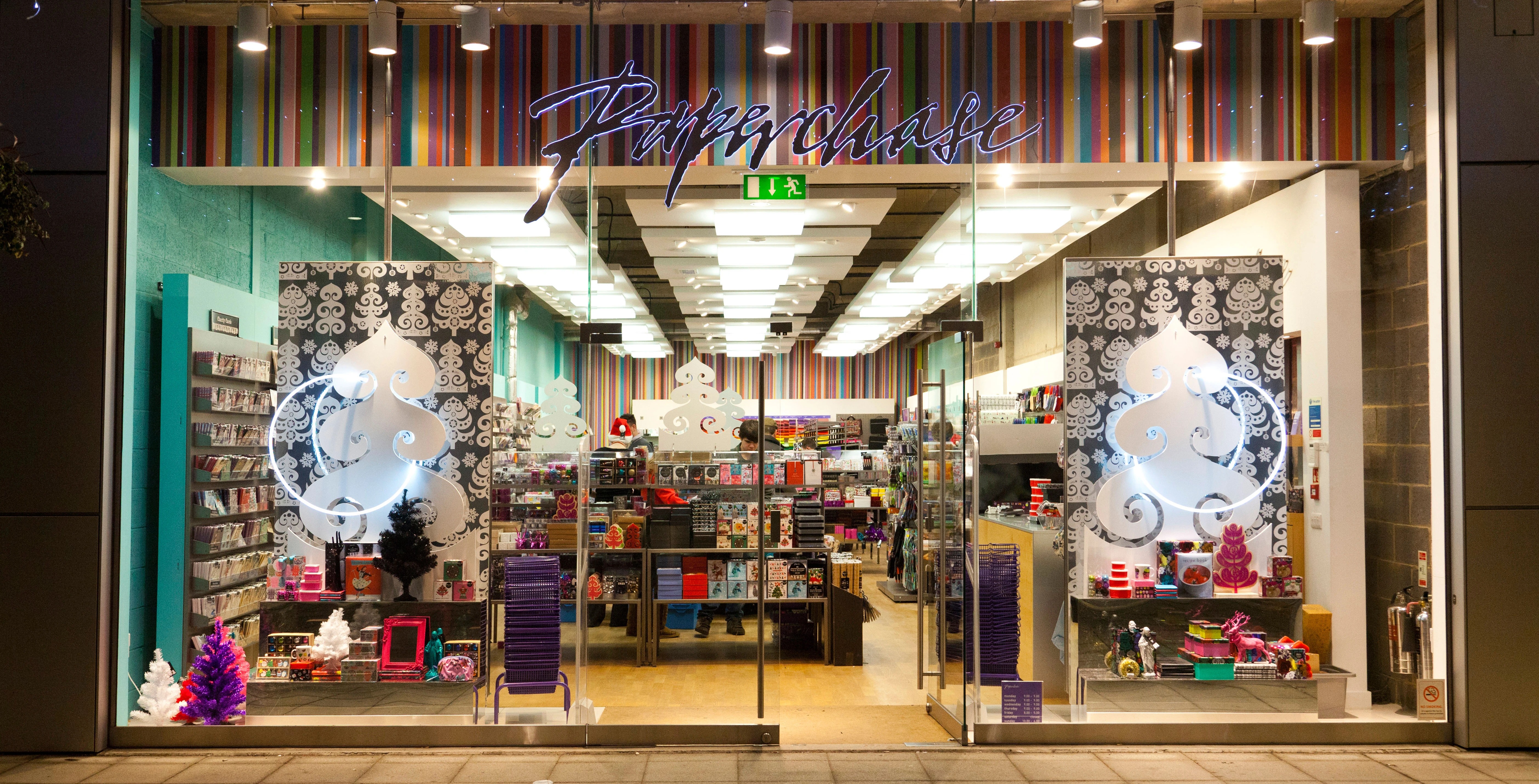