Home » Lifestyle » If Rishi Sunak caves in to the wind zealots, the lights will go out

ROSS CLARK: If Rishi Sunak caves in to the wind turbine zealots, the lights will go out in Britain… and perhaps on his premiership, too

Britain currently finds itself at an energy-crisis crossroads. Yesterday, we only just escaped a kind of organised blackout — where families would have been paid by the National Grid to ration their energy use.

That we were saved from such a dramatic position by an 11th-hour decision by the Grid on Monday afternoon is a sign of how desperate things have become.

With Putin’s war in Ukraine meaning we have had to limit our reliance on Russian gas, we have become increasingly dependent on wind power to cover our energy needs. But wind power is intermittent, and blackouts might soon become necessary.

So what is the solution? 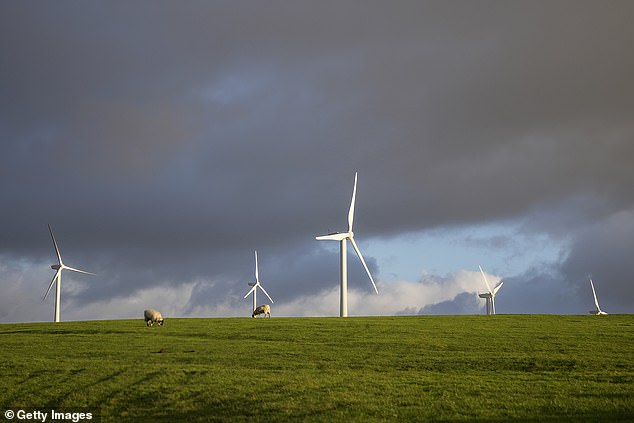 A moratorium on onshore wind turbines was introduced by David Cameron in 2012 but may be overturned, senior politicians have indicated 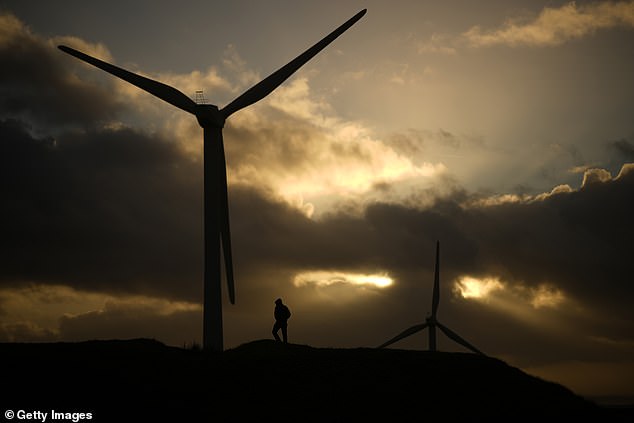 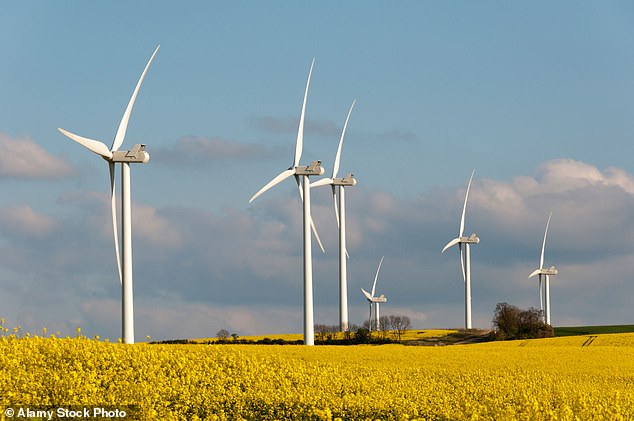 The industry trade body for turbines, RenewableUK, puts the number of wind turbines in the UK at almost 12,000

Well, in recent weeks, an increasingly vocal group of rebel Tory MPs have been piling pressure on Rishi Sunak to lift the ban on any new onshore wind farms.

At first No 10 pushed back, saying a change to the current moratorium was not on the cards. Yet on Monday, Business Secretary Grant Shapps indicated otherwise, saying onshore turbines might now be built with ‘local consent’.

Amid the ensuing confusion, the Prime Minister has kept silent on whether he will cave in to the rebels’ demands, with some critics left wondering whether anyone inside No 10 is governing at all.

Yet speak to anyone remotely well-versed in the science of wind energy and the answer to Sunak’s conundrum is a fairly obvious one: a future predicated on wind energy would be disastrous. 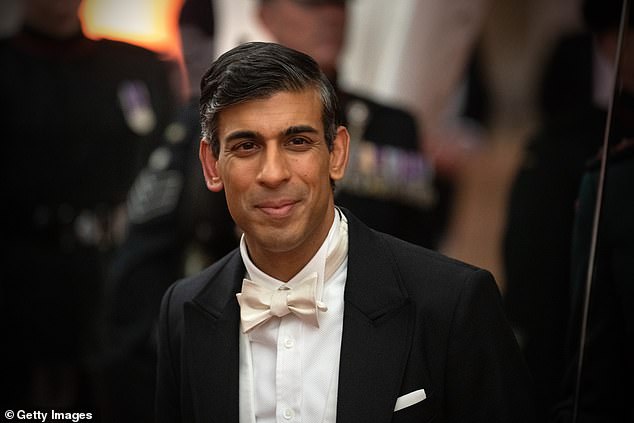 First, there is the conservation issue. Wind turbines are great galumphing things that despoil Britain’s rural landscapes, pummel the prices of nearby houses and plague residents with terrible noise and light pollution.

Standing nearly 100 metres high, they are even larger now than they were when the moratorium on onshore developments was imposed in 2015. They are a danger to rare birds — and also to humans if erected in inhabited areas (there have been several cases where blades have snapped off in high winds).

Nor are turbines quite as green as is claimed: their fibreglass blades, difficult to recycle, are often dumped in landfill at the end of their brief 20-year lives.

But yes, of course, these are exceptional times. If the war in Ukraine has taught us anything, it is that energy self-sufficiency is essential to ensure Britain’s future economic and national security.

And if there was a world in which wind could be shown to provide a solution to our energy needs, perhaps the issue of a few turbine eyesores could be overlooked.

This brings us to the second problem, however. Because such a world is a fantasy. And a brief trip outdoors will demonstrate why.

A stubborn anticyclone is currently sitting over Britain, bringing cold air, gloomy skies and — most importantly — very little wind. As we move farther into winter, this kind of still weather will probably become more common. 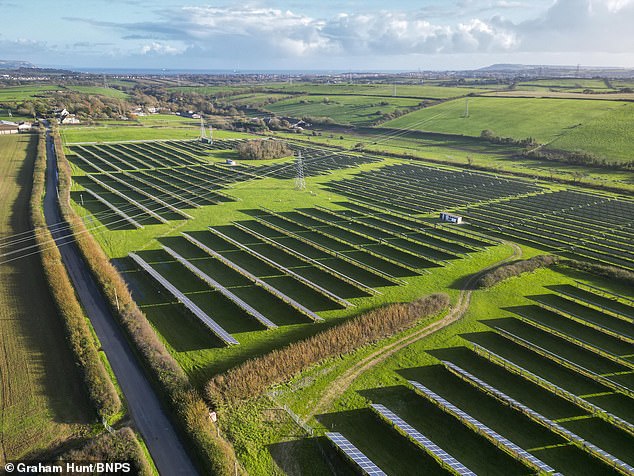 Ross Clark: Bad weather and little wind mean Britain’s solar panels and wind turbines are not producing much of the country’s energy

On the surface, Britain is not short of wind turbines. In principle, we already have enough to generate 25.7 GW of power at maximum output. Combine that with 14 GW from full solar power capacity and, in theory, we could meet Britain’s entire electricity demand at any one moment.

The problem is that when the sun isn’t shining and the wind isn’t blowing, turbines and solar panels are as good as useless.

On Monday at 9pm, under anticyclonic conditions, our turbines were meeting just 1.7 per cent of Britain’s power demand. Since it was night- time, solar power was generating zero per cent. Subsequently, 62 per cent of our energy was provided by gas and 2.9 per cent by coal.

The industry trade body for turbines, RenewableUK, puts the number of wind turbines in the UK at almost 12,000 (roughly 9,000 of those are onshore). If that many were producing only 1.7 per cent of our energy on Monday night, we would need 700,000 of them to meet all national demand. That’s 7.5 turbines per square mile of Britain.

Clearly, we are never going to build so many turbines.

Yet the blind insistence of eco-zealots on more and more wind power — and the weakness of our Prime Minister in potentially bowing to their demands — means we risk pursuing such a barmy policy.

And here we come to the third point. The more dependent we are on wind, the more reliant we become on gas plants that have to be fired up at short notice to make up for the shortfalls — and this is both extremely expensive and very inefficient when it comes to carbon emissions.

Yet in a further deluded act, the Government says it wants to phase out all gas usage by 2035.

Instead of all this wind madness, it is quite clear we must pursue other, properly workable, solutions.

There is great potential in large-scale battery storage and hydrogen power, although sadly the science for both is some way off enabling them to be developed on a cost-effective commercial scale, let alone having them meet our national needs.

Nuclear and tidal power, on the other hand, represent huge missed opportunities.

The Government recently gave the go-ahead to a new nuclear plant at Sizewell in Suffolk. But that will not be nearly enough. 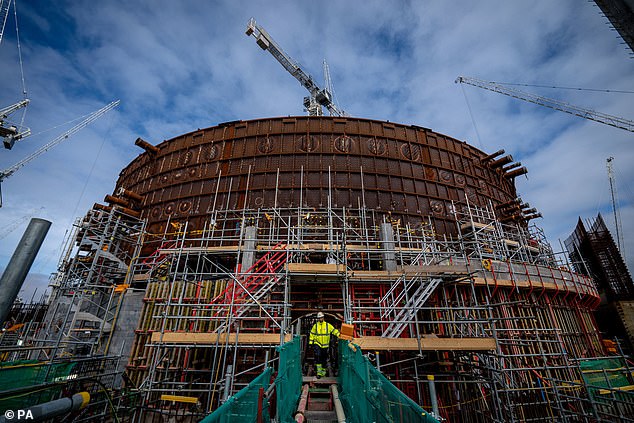 The Hinkley Point C nuclear power station in Bridgewater, Somerset. It was confirmed yesterday that the government will invest £700million in the project, ending controversial Chinese involvement

Even when Sizewell and the long-delayed Hinkley C station in Somerset are both open (not until the early 2030s), they will not make up for the loss in nuclear energy we will suffer when the five plants we currently run reach the end of their operational lives over the next 15 years.

Nuclear energy is highly efficient and very clean. We should be working harder to pursue other nuclear projects, including new small ‘modular reactors’​ that could potentially be rolled out much more quickly than large plants that take years to build.

As for wave power, tidal barrages should certainly be considered. Not only could they double as flood defences for low-lying cities such as London, Cardiff and Bristol as sea levels rise but, unlike wind, the tides are never going to stop.

Inexplicably, a proposal for a tidal barrage in the river Severn that could have generated up to five per cent of the UK’s electricity needs was rejected by the Blair government in 2008 on grounds of cost and its impact on wading birds.

And then there is fracking. 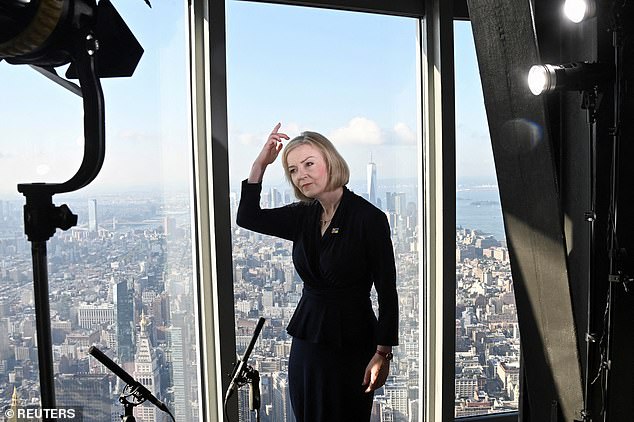 For all her vices during her short tenure as PM, Liz Truss was right about one thing: the current moratorium on fracking — re-imposed by Rishi Sunak as soon as he entered No 10 — is utter madness.

For although the green maniacs wail about the CO2 impact of shale gas, we cannot escape the fact that, as a nation, we are still overwhelmingly reliant on fossil fuels. Why not, then, at least in the short term as we seek energy independence and struggle to regain control of the spiralling cost of energy, consider fracking as a viable solution?

As science journalist Matt Ridley wrote in the Mail in September, shale gas represents a £4 trillion untapped industry that could generate countless jobs for Britons and has the potential to make us a net exporter of gas.

But Mr Sunak won’t be hearing any of it — he appears to have listened to those who seem hell-bent on crippling Britain’s energy supplies.

We must now say enough is enough. For if the PM doesn’t get a grip and pursue sensible solutions for our future energy supply, the lights will go out in Britain — and perhaps on Rishi’s premiership too.

Not Zero: How An Irrational Target Will Impoverish You, Help China (And Won’t Even Save The Planet), by Ross Clark, will be published in February.