Home » Lifestyle » In health, more of the same will not be good enough

If there is one area of policy that has dominated the lives of Australians over the past couple of years, it would have to be health. The pandemic sharpened awareness of our vulnerabilities and forced extra spending on hospitals, clinical responses, vaccinations, and prevention measures.

Yet, the daily number of new COVID-19 cases has exceeded 50,000, and the death toll is rising by dozens each day. Australia has, overall, performed well in its response to the pandemic, an issue that has faded from this election campaign. But the pandemic is not over, and its impact is part of the reason for the extreme stress on many areas of the nation’s health system. 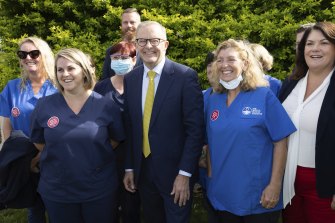 Healthcare workers are battling burnout or leaving the system. Ambulances are queueing for hours to offload emergency patients. Hospitals are under enormous pressure with lengthy wait times in both emergency and for admission. And the latest data indicates one-third of Australians wanting to see their doctor for urgent care had to wait more than 24 hours – a delay that ultimately adds pressure on hospitals.

The system is complicated further by some elderly and disabled people having to go into general hospitals because, for a time at least, they cannot get into federally funded aged-care or disability accommodation.

For all that, the future funding and structure of our health systems should be of enormous concern to every voter. It is an area where the federal and state governments share responsibility, but health is too important for finger-pointing.

The government has offered little structural change, but points to record spending already committed and to its track record in increasing spending to meet vaccination rollouts and pandemic-related matters. 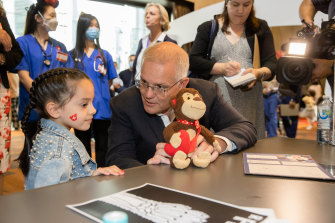 There are several days of this campaign to go, but so far, it has committed more funding to improve aged-care services, more funding for mental health, suicide prevention initiatives, and drug addiction strategies for communities. There is a piecemeal quality to it all.

Labor is proposing a more comprehensive approach for change. Its plan starts with more pay and training incentives to get more doctors, nurses and other care workers into the primary healthcare networks, hospitals, and ancillary services.

It is offering GP clinics, thousands of dollars in grants to upgrade skills and facilities and wants to entice many more GPs into the under-serviced, rapidly expanding outer suburbs, regional cities and rural areas.

For its part, the Coalition is focusing on rural healthcare, including programs to draw more GPs to regional cities and towns.

Labor has also proposed a network of urgent care clinics, intended to alleviate pressure on the hospital networks. That might sound sensible, but the current widespread staff shortages in healthcare suggest it would not be workable until more fully trained health workers enter the system.

While funding for health programs, including hospitals, has increased over the past nine years of Coalition government, the federal government capped the annual growth in activity-based hospital spending at 6.5 per cent and the Liberal Party is adamant that won’t change.

It is this cap, though, that critics point to when complaining about the deteriorating viability of the nation’s hospitals. Remember, general inflation is running above 5 per cent, and hospitals already are under pressure with costs rising in other areas.

All states and territories have asked the federal government to pull more weight when it comes to hospitals, to increase from 45 per cent to 50 per cent its split of the bill for growth in hospital spending and to erase the cap.

Labor leader Anthony Albanese is non-committal but has agreed to look at the hospitals funding mix and talk to the states about it. Prime Minister Scott Morrison, though, is reluctant to lift the Commonwealth’s share of funding.

About $105.7 billion, or 16.8 per cent, of the government’s total expenditure in 2022-23 will be directed to health. That includes Medicare funding, payments to states and territories to support hospitals and other health services, subsidising medicines through the Pharmaceutical Benefits Scheme, mental health services, and more.

If you were to add the National Disability Insurance Scheme and the aged-care sector, you might imagine health would rank as one of the most important election campaign policies of the major parties.

In aged care, Labor has vowed to install a registered nurse on-site, around the clock, in every aged care home. This exceeds the Coalition government’s commitment to ensure nurses are on-site for 16 hours a day, and it will require Labor to direct an extra $456 million over the next four years to bridge the difference.

To get more workers into the aged-care sector, Labor will support aged-care workers’ application to the Fair Work Commission for a 25 per cent pay increase. Morrison has indicated the Coalition, if returned to government, would “absorb” such wage cost increases.

What is missing from either of the major parties’ health policies is a plan to improve access to dental care, a fundamental and often dreadfully overlooked aspect of human health.

On this, the Greens are clear. They want all dental care, including orthodontic services, covered under Medicare – a proposal they say would cost $78 billion over 10 years and which they suggest should be funded by taxing big corporations.

While putting all basic dental check-ups and cleaning under Medicare is certainly appealing, it’s another question entirely whether the Greens have landed on the right funding formula, or merely a populist one.

The solution to the health care crisis is complex and will take time, and it is an area where increased funding must be found, especially in aged care.