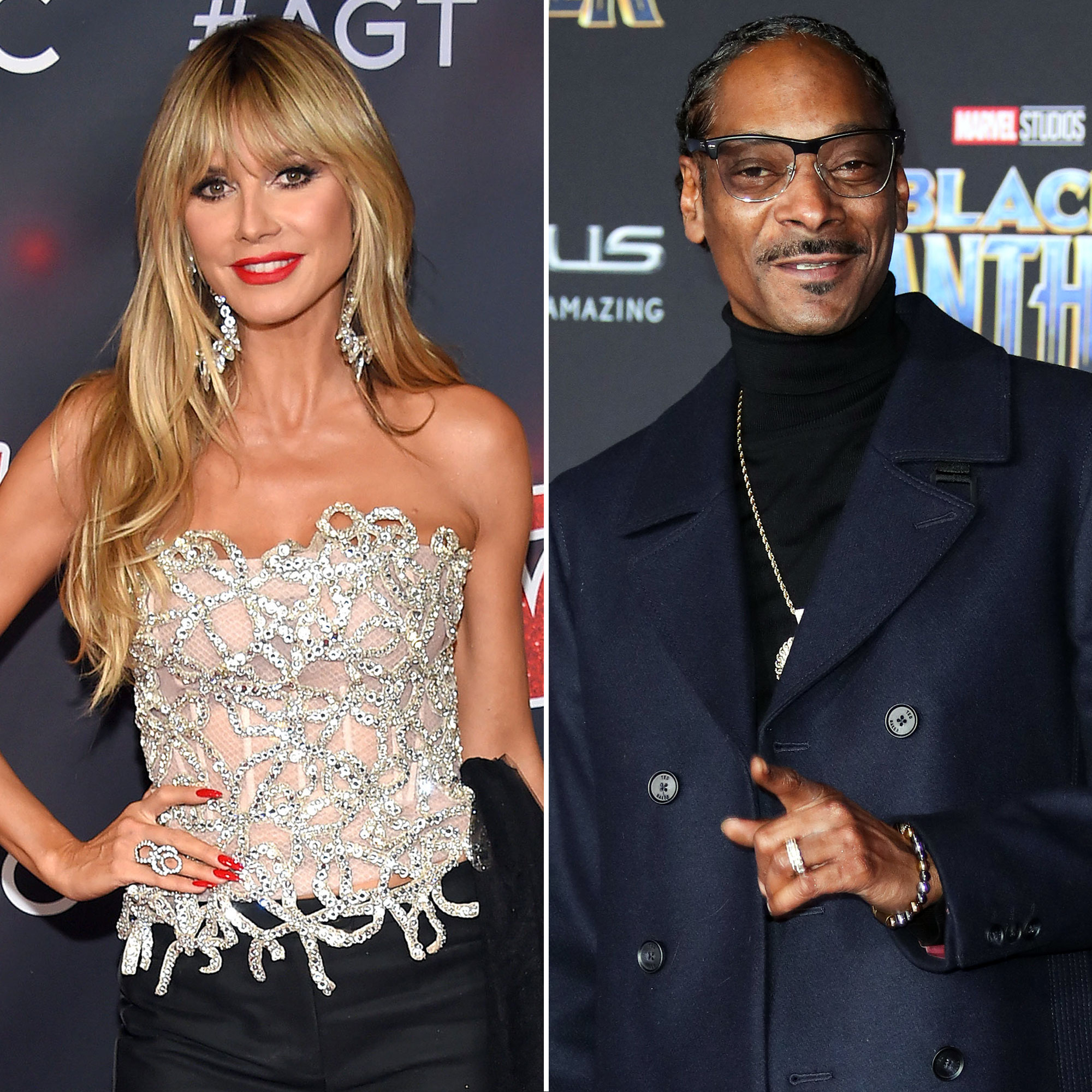 A new line on the resume! Heidi Klum is already a successful model, television host and author, and now she can call herself a TV theme song singer too.

The Making the Cut host, 48, released her new song, “Chai Tea With Heidi,” with Snoop Dogg and WeddingCake on Friday, January 14. The track will serve as the theme song for the upcoming season of her TV show Germany’s Next Topmodel.

The former Project Runway presenter has known the rapper, 50, for years, but she still had to gather her “courage” to ask him about collaborating.

“I called him and he’s like, ‘What’s up?’” the supermodel exclusively told Us Weekly ahead of the song’s release. “And I was like, ‘Oh, my God, you’ll never believe what I’m wanting to do with you.’”

The Grammy winner was on board, so the duo quickly got to work. They ran into a snag, however, when it came time to clear a sample of Rod Stewart‘s 1983 hit “Baby Jane.” After asking everyone she knew for his contact info, she finally tracked down his email address, but she started to get alarmed when she didn’t receive a response.

Celebrities and Their Look-Alike Kids

“Four weeks go by, five weeks go by, six weeks go by — nothing,” the America’s Got Talent judge recalled. “Until a friend said, ‘Have you checked your spam?’ … Sure enough. He was in spam. He had emailed me immediately back. He was like, ‘I love the track. You and Snoop together. This is outrageous!’”

Though Klum has hit a lot of milestones in her career, “Chai Tea With Heidi” is the one that really stands out for her kids. The Germany native shares Leni, 17, Henry, 16, Johan, 15, and Lou, 12, with ex-husband Seal.

“Obviously, they all know and love Snoop Dogg,” she told Us. “They were like, ‘Mom, honestly, you’ve done a lot of things, but this is definitely one of the coolest things you’ve done.’ So, I got major plus points with my kids.”

The Emmy winner previously recorded the song “Wonderland” in 2016 for a German TV ad, but “Chai Tea With Heidi” was “a dream of dream” for her because of Snoop’s involvement. “Top of my bucket list,” she added, noting that she kept pinching herself during their recording session. “I’m like, ‘Am I Heidi? Is this Snoop Dogg? Are we doing a song together? I can’t believe this is happening.’”

Did ‘Little Women’ Leave Modern Water Bottles in the Background of a Scene?