Home » Lifestyle » It’s his ‘biggest weapon’ but could social media turn against Andrews?

Daniel Andrews has laid every stone of his social media fortress over six years in charge. Curating himself as a straight-talking, likeable dad who keeps voters in the loop, the Premier's Facebook following of almost one million is unmatched among Australian politicians.

His fanatical #istandwithDan supporter base is far more creation than coincidence. 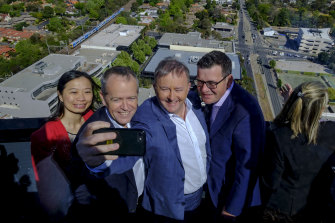 Yet, in another politically damaging week, dissenting voices have been bubbling to the surface of his Facebook page.

“Roll out of mental health practitioners in all government schools? You caused the need for this to happen,” wrote one woman on the Premier's post about schools on Monday.

“Enough is enough with your bloody lockdown,” fumed another. “We are all over it and need to get back to normal life.”

In a Roy Morgan opinion poll on Wednesday, Victorian voters gave the Premier a 59 per cent approval rating. A month ago that figure stood at 70 per cent.

In early August, when coronavirus cases surged and Andrews put Melbourne under an 8pm curfew, barely a negative comment appeared as he shared a copy of Victoria’s State of Disaster declaration.

“You had to do this Dan. We all want our loved ones safe,” read another.

On Monday, two weeks after health minister Jenny Mikakos' acrimonious departure, the Premier’s most senior public servant, Chris Eccles, resigned over his evidence to the hotel quarantine inquiry that Andrews set up. 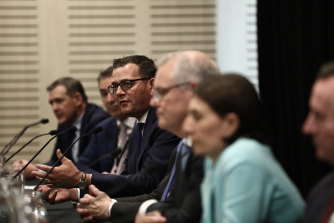 Andrews knows he speaks directly to his almost 1 million followers every time he posts on Facebook, far eclipsing any other politician in Australia.Credit:Dominic Lorrimer

“It’s been his biggest weapon and the most under-reported weapon that’s been at his disposal,” says Kos Samaras, who was a Victorian Labor campaign manager for 14 years.

“The reach of each post competes with mainstream media. He can talk straight to the public and use it to put out the government’s narrative when he likes.”

Yet former NSW premier Mike Baird could warn Andrews of the dangers of social media clout: amid online fury over his backdown on a greyhound racing ban in 2016, Baird’s attempt to get on the front foot with explanatory Facebook posts instead fed the outrage until it spilled onto the pages of newspapers.

Even if more negative sentiment is appearing on Andrews’ Facebook posts, Professor Scott Wright, whose research at Monash University specialises in online political communication, says there’s little evidence it would drag the middle ground or undecided voters away from the centre. 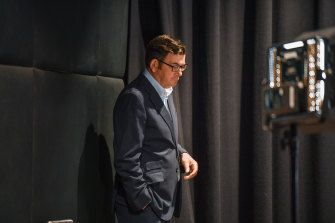 Andrews endured another damaging week politically but the impact on voters has not yet been profound.Credit:Joe Armao

“I would be very wary of judging anything about the popularity of Daniel Andrews based on comments to his social media posts,” Professor Wright says.

“We have seen evidence of orchestrated campaigns on Twitter and social media has become a battlefield for a relatively small group of vocal political activists and conspiracy theorists.”

Dr Andy Ruddock, a Monash University senior lecturer in media and politics, says to dismiss the negativity would be a dangerous approach for the Premier’s team.

“The real question is what it makes other people think,” he says. 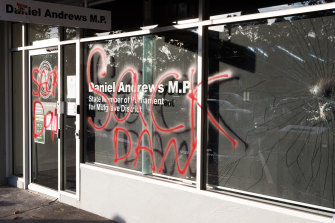 “There’s a theory of media influence called the ‘spiral of silence’, which is if you have the impression that most people think in a particular way, you’re more likely to keep your mouth shut if you think your opinion is unpopular."

So where Andrews’ social media was, and in many cases still is, a public love-in, Dr Ruddock says it can only take a few loud voices to make a big impact online. And while graffiti on the Premier’s office is wiped clean within hours, each of his Facebook posts becomes like a permanent discussion board, dissecting Andrews and his decisions.

“If you are playing a social media game and you’re giving visibility to the idea that there are substantial numbers of people who have an alternative point of view that should be taken seriously, that is a political problem,” Dr Ruddock says.

As Melburnians complete their 11th week of life in a five-kilometre bubble, internal Labor surveys suggest that while outsiders are critical of Andrews, most Victorians still support their leader's handling of the crisis. Many in the party believe the positivity of a post-pandemic rebuild could coincide conveniently with the next state election in 2022.

They also suggest the resignation of a senior public servant has far less of an impact on voters than how restrictions affect their lives and whether the public views a Premier who has held 106 consecutive press conferences as proactive and accountable.

Paul Strangio, an associate professor in politics with Monash University, says opinion polls suggest Victorians had been stoically accepting of the restrictions and support for the government has held up surprisingly well. Anecdotally, however, he believes public patience has waned in the past fortnight and there may yet be a significant backlash against the Premier on the other side of the second wave.

Those who’ve worked with Andrews say he recognised the untapped political potential in Facebook even before he became Premier in 2014.

Andrews soon began posting news exclusively on his Facebook page, most famously giving traditional media palpitations as he announced his suburban rail loop, the biggest infrastructure project in Victoria’s history, via a video on Facebook in 2018. 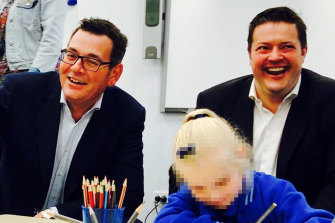 The Premier manicures his social media image as a straight-talking, likeable dad who keeps voters in the loop.Credit:Facebook

“The idea for using digital as a standalone platform and the direction of creative content was all Daniel,” says one former colleague. “He was extremely involved. The key was always authenticity.”

She believes his focus on social media means his team would not be ignoring any negative sentiment.

“It’s an excellent way to get voter feedback, see where people’s heads are at and hear individual stories,” she says.

And, as Professor Wright explains, the stakes are higher during the pandemic.

“COVID-19 creates a situation in which the general public are more engaged with politics. Social media isn’t just political activists at the moment, arguably making it more important.”

When you’ve fed the online beast as long as Andrews has, best keep a close eye on it.