Jimmy Fallon took Tottenham Hotspur star Harry Kane out for a night on the town after the English Premier League soccer player was a guest on his show, sources tell Page Six. And they even played a practical joke on Jon Hamm.

Spies said that their first stop was downtown Italian eatery and celebrity haunt Emilio’s Ballato, where the pair ran into Jon Hamm and his girlfriend, Anna Osceola.

A source told Page Six, “Being the gentlemen they are, Jimmy and Harry sent over ‘half a meatball’ to congratulate Hamm on the success of his new film, ‘Top Gun: Maverick.’” The long-anticipated sequel, also starring Tom Cruise and Miles Teller, hits theaters this weekend.

Later, we hear that the “Tonight Show” host and the soccer star hit up Johnny’s — the private floor of Pebble Bar, named after Johnny Carson. At the venue, they were seen congratulating “West Side Story” star Ariana DeBose on her Oscar win, as well as her upcoming Tony hosting gig. 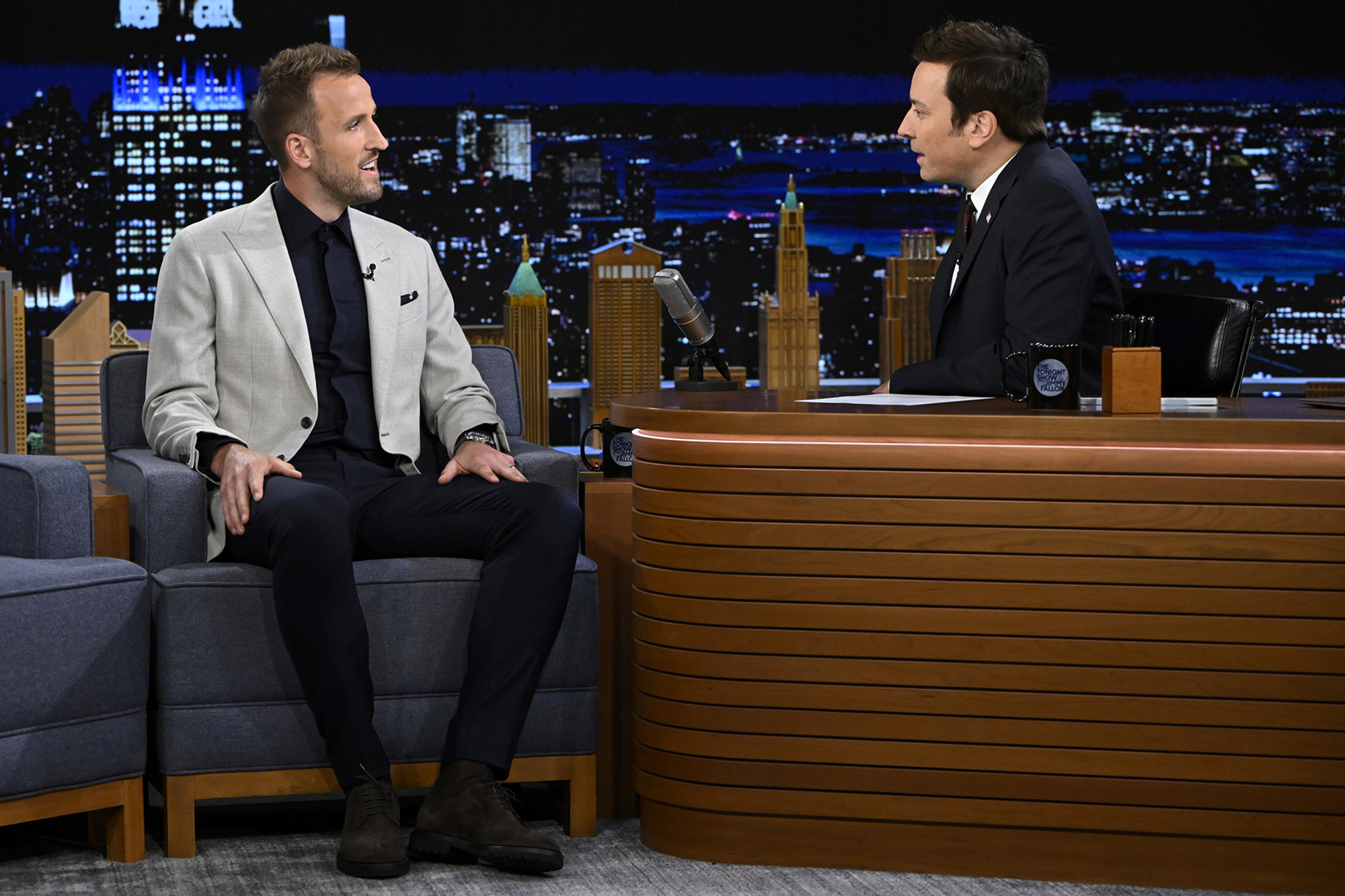 The private club for just 50 guests is accessible only by elevator via a “secret” entrance near 30 Rock, where Fallon films. It features an intimate corner bar with vintage chairs, stone coffee tables and a classic black piano, we’ve previously reported.

Fallon and Kane also seemed to stop in at Irish pub Paddy Reilly’s Music Bar for some pints of Guinness, and Fallon posted pics of the scene on Instagram.

During their chat on Fallon’s show, Kane revealed that he became pals with Tom Brady by “sliding” into his DMs after being a fan of the NFL star.

“One thing that did inspire me growing up was actually a Tom Brady documentary,” Kane said. As a teen, “I came across this documentary on YouTube, I think it was called ‘The Brady 6,’ it was about how he got picked in the sixth round (of the NFL draft) and then become who became, one of the greatest sportsmen ever. It just gave me a real belief that it was possible for me to go on and kind of have that career. Thankfully, I was able to do that.”