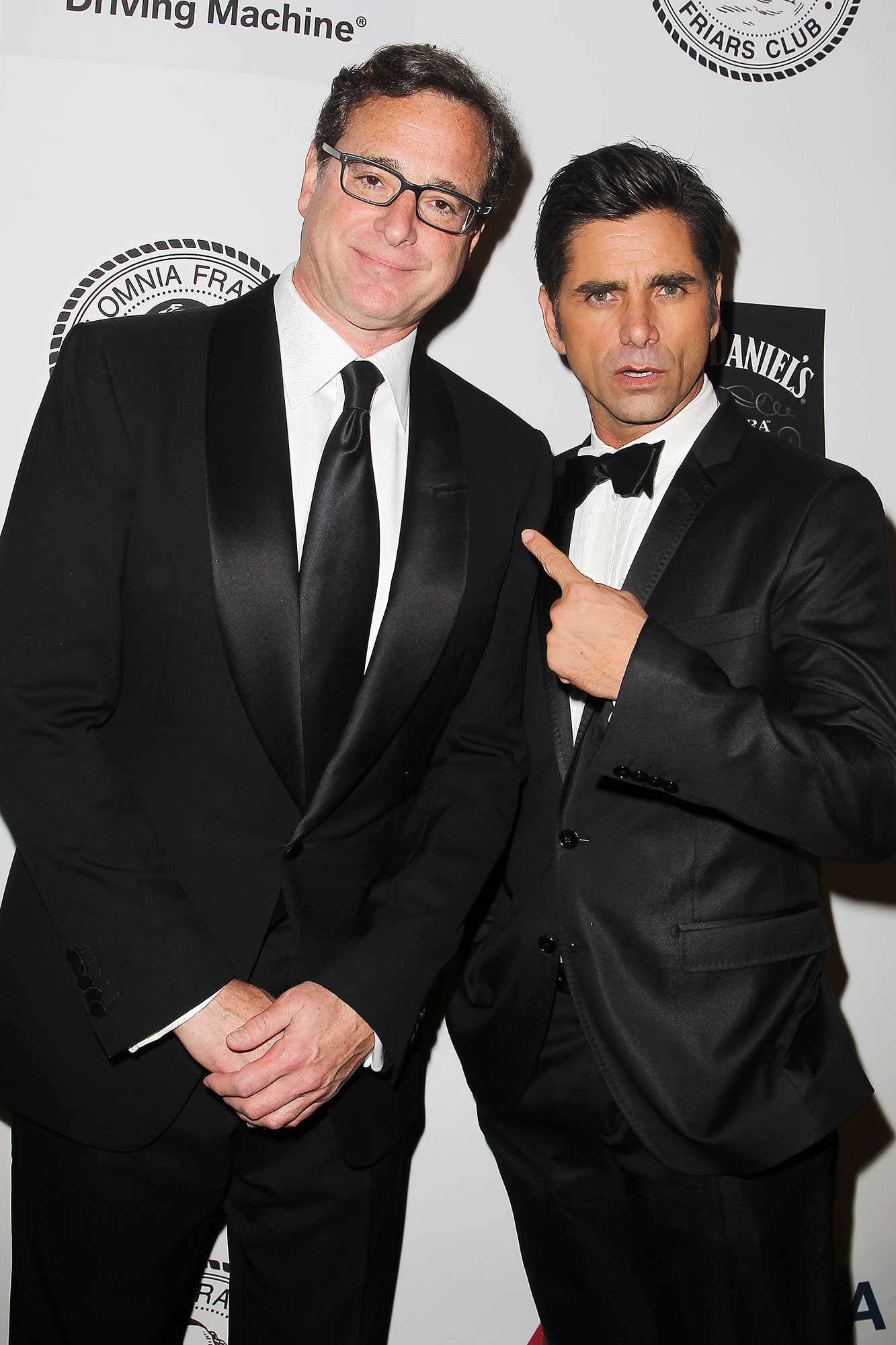 Remembering his best friend. John Stamos, who starred alongside Bob Saget for 192 episodes of Full House and 15 episodes of Fuller House, spoke out following his sudden death on Sunday, January 9.

“I am broken. I am gutted,” Stamos, 58, tweeted. “I am in complete and utter shock. I will never ever have another friend like him. I love you so much Bobby.”

The comedian, who starred as Danny Tanner on Full House from 1987 to 1995, was found dead in his Orlando, Florida, hotel room on Sunday. He was 65 years old.

Candace Cameron Bure, who also starred on the family comedy, also tweeted following the news, writing, “I don’t know what to say. I have no words. Bob was one of the best humans beings I’ve ever known in my life. I loved him so much.”

The day before his untimely death, Saget performed a stand-up comedy routine at the Ponte Vedra Concert Hall.

“Okay, I loved tonight’s show @pontevedra_concerthall in Jacksonville. Really nice audience. Lots of positivity. Happened last night in Orlando last night at the Hard Rock Live too. Very appreciative and fun audiences. Thanks again to @comediantimwilkins for opening,” he shared via Instagram on Sunday alongside a selfie. “I had no idea I did a two hour set tonight. I’m back in comedy like I was when I was 26. I guess I’m finding my new voice and loving every moment of it. A’ight, see you in two weeks Jan. 28 & 29 @pbimprov with my brother @therealmikeyoung – And check BobSaget.com for my dates in 2022.”

He added, “Goin’ everywhere until I get the special shot. And then probably keep going cause I’m addicted to this s–t. Peace out.” 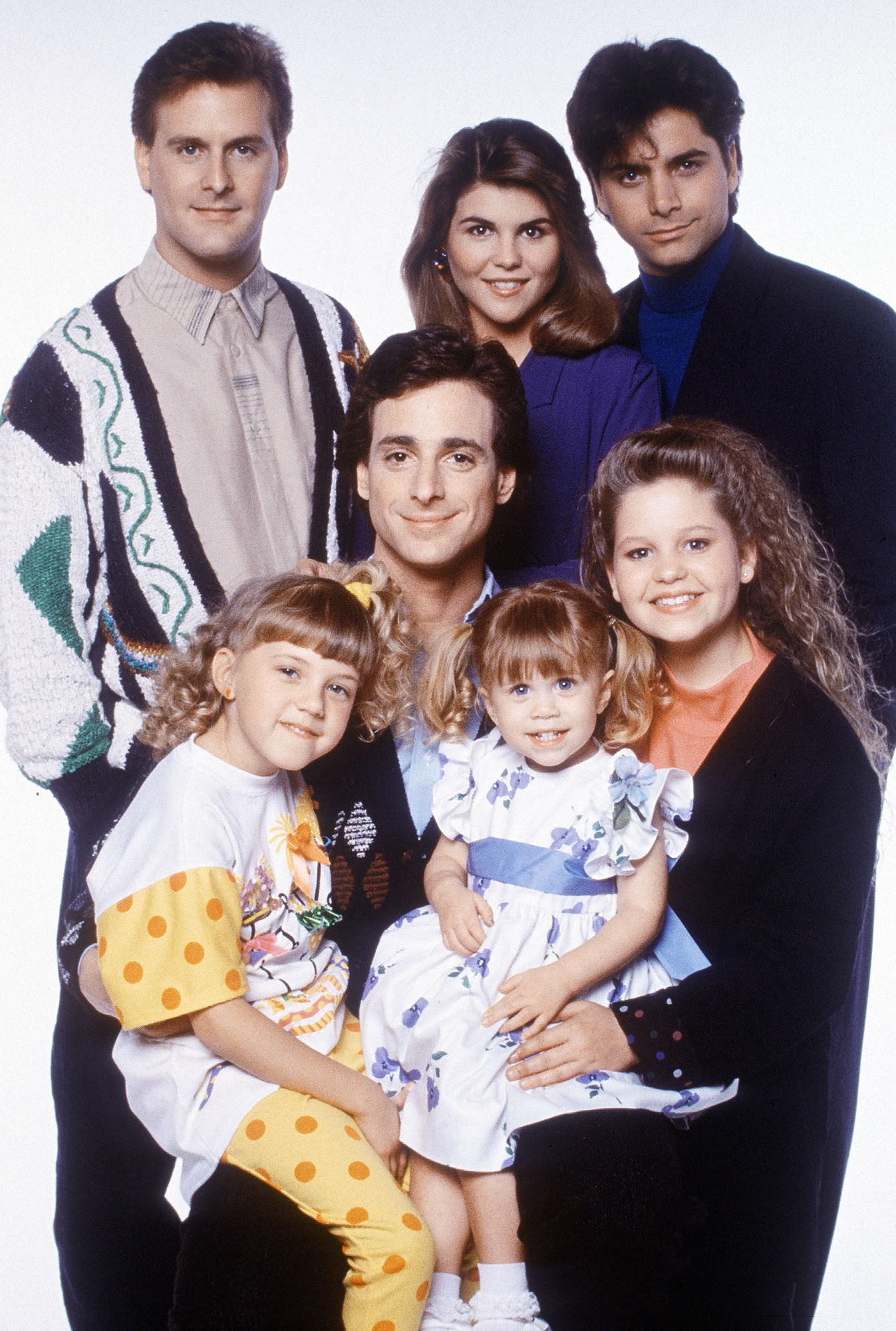 Saget and Stamos not only played brothers-in-law on Full House and its revival, Fuller House, they also formed a strong friendship in real life.

In 2019, the former America’s Funniest Home Videos host shared a photo of him and wife Kelly Rizzo on a double date with Stamos and his wife, Caitlin McHugh.

“What can you say about someone you’ve loved for so long and want to spend the rest of your life with? But enough about @JohnStamos,” Saget captioned the Instagram photo at the time. “We are both so lucky to have married these wonderful beautiful women- @eattravelrock and @caitlinskybound – And we know which one we are each married to….whew.”

After Stamos and McHugh, 35, welcomed son Billy in 2018, the Grammy nominee was one of the first of the Full House cast to meet the little one.

‘Full House’ Stars: Then and Now!

“He’s amazing, amazing,” the Pennsylvania native shared with Us Weekly exclusively when asked how Stamos is as a father. “If you follow his Instagram, you’ll know it’s for real. His baby is the cutest thing in the universe.”

He also quipped, “If Billy has good hair, they’ll have many more.”